Women’s sailing is on the up and up. With more and more spots having opened up for women in high performance racing, The Ocean Race is joining the party by aiming for an equal number of male and female sailors by 2030, and the America’s Cup introduces the Women’s America’s Cup regatta.

The Ocean Race is aiming for a 50:50 split of women and men competing in the round-the-world sailing fleet within the next three editions of the Race, building on its historical leadership position that has seen 136 women take part in the event since 1973.

The ambitious target is part of Horizon, a new collaboration with The Magenta Project, World Sailing Trust and PA Consulting, which is dedicated to increasing the number of women in professional sailing. The group is calling on the sailing, marine and sports industries to join them in helping to accelerate accessibility for women.

The move aims for an equal number of men and women competing across the event, whether this is achieved through mixed crews or all-female teams. It’s an unparalleled collaboration in sailing with leading sustainability, diversity and sailing organisations; The Ocean Race, World Sailing Trust, The Magenta Project and PA Consulting. The collaboration will build on existing initiatives and introduce new pathways to open up sailing to women and young people.

Horizon encompasses roles across the sport – including sailors, boat builders, coaches, umpires and race officials – and is following an in-depth analysis of the state of gender equality in professional sailing. PA Consulting specialises in innovation and transformation. Interviewing key stakeholders in the industry, the results showed major barriers, bias and systemic issues that limit female participation in the sport. 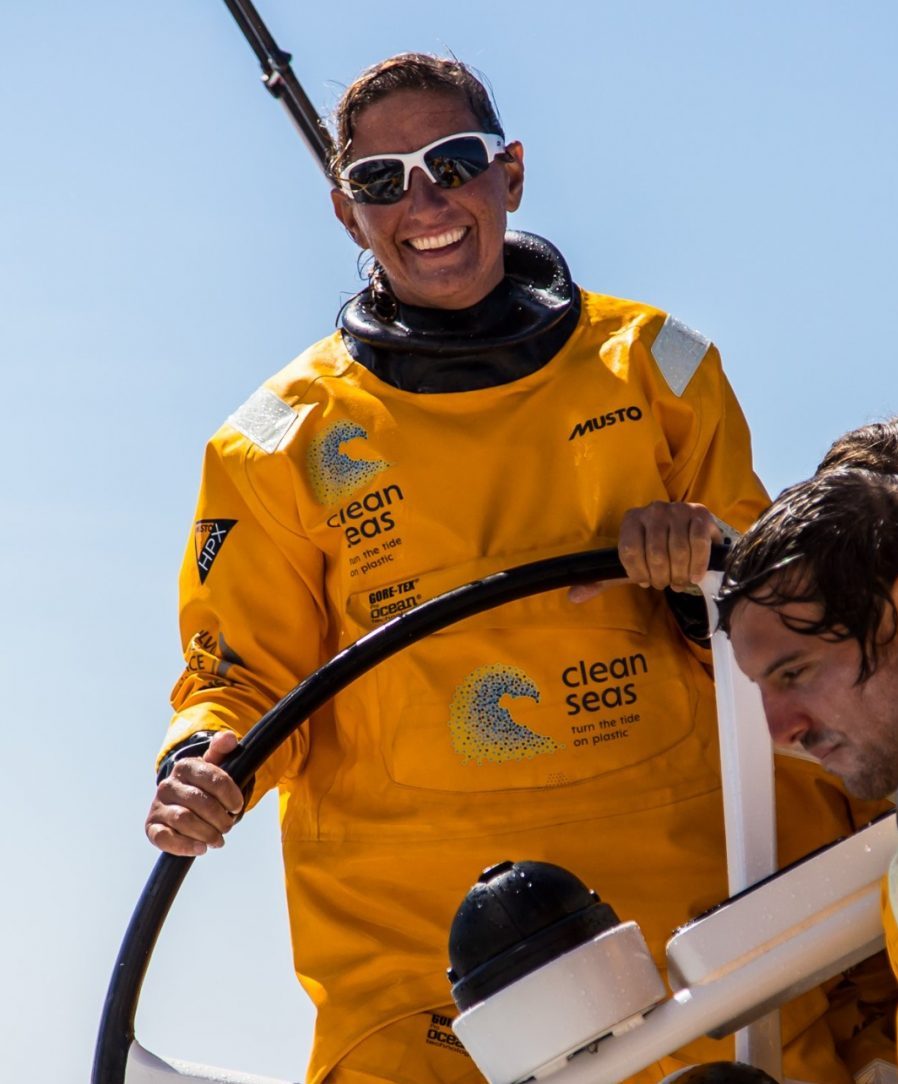 Interviewee Dee Caffari, the first woman to sail single-handed and non-stop around the world in both directions, two-time competitor of The Ocean Race and Chair of the World Sailing Trust, said: “We all naturally trust the people we are used to sailing with, so it is difficult to break into a team. The wind and waves don’t care who you are, male or female, you’re a sailor”.

She continues, ” The research that the World Sailing Trust conducted in 2019, showed some pretty stark figures on the state of gender equality in sailing. The PA Consulting research has since confirmed that while there is some progress, the sport needs to work much harder and more collaboratively, if we are to bring about change. It will take leading events in our sport, such as The Ocean Race, to continue to turn the equality dial. The Horizon initiative is exactly how we need to be working, so that as a sport, we can collaborate better and address these key issues, and start levelling the playing field. Aiming to increase opportunities and participation levels for female athletes.”

The insights echo the World Sailing Trust’s 2019 Strategic Review into Women in Sailing, which revealed that 80% of women and 56% of men think that gender equality is an issue in sailing, with 59% of women, compared with 14% of men, saying they had experienced gender discrimination. 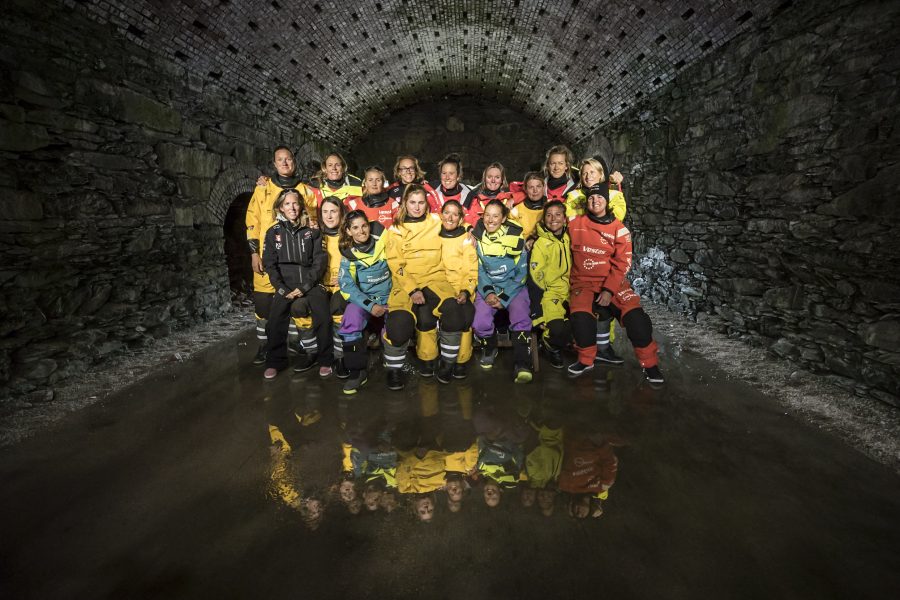 The Ocean Race, The Magenta Project, PA Consulting and the World Sailing Trust aim to change perception and improve routes into the industry for women. The Ocean Race will create a roadmap for action, which will feature new and existing initiatives supported by the collaborators. The actions will include recommendations from the World Sailing Trust Strategic Review, such as: a fast-track leadership programme to create a pipeline of female leaders across the sport, equality design working group made up of boat designers, manufacturers, technical specialists and female sailors, and a diversity and inclusion working group, led by World Sailing Trust.

The Ocean Race will provide shadowing opportunities across race management with volunteers from local clubs in every stopover’s host city. The Magenta Project will develop a women and youth mentoring programme specific to The Ocean Race. PA Consulting will create an equality assessment tool to help the sailing industry measure where they are now and where they can improve, along with a series of roundtables that will follow progress across the industry.

All stakeholders will also sign the UN Women, Sport for Generation Equality Charter, which is a powerful multi-sport stakeholder coalition to drive gender equality through sport.

Anne-Cécile Turner, Sustainability Director at The Ocean Race said: “Female competitors in The Ocean Race include Olympic gold medallists and world-record breakers. They are powerful role models and ambassadors, but for many, their journey to the top has been fraught with challenges, simply because they are female. Not only are women missing out on opportunities, the profession is also missing out on the skills, strength and talent that they bring to the table. Sailing can secure its reputation, and its future, by coming together as an industry. We need to build bridges, not work in silos.”

The Ocean Race is an industry leader in supporting women in the sport, with more females competing in the event than in any other sailing competition outside of the Olympics. The Race has been the only other major international sporting event where men and women compete on the same team on an equal basis, with 136 women competing in the race since 1973, including 12 in the first edition. In the 2017-18 edition of the race new rules were introduced that gave teams a major incentive to include women as well as men. This policy will continue in the 2022-23 race and will see women participate with a meaningful role on every team.

Jonquil Hackenberg, Chair of The Magenta Project, a charity dedicated to gender parity and diversity in competitive sailing, and Head of Sustainability at PA Consulting said: “Sailing is one of the least diverse sports and this needs to change. This collaboration is a vital step towards that and has the potential to alter the face of sailing forever and make it a sport that others can turn to and learn from. The power of this collaboration is that it brings strengths to the fore, where strengths do not need to be physical.”

IMOCA, one of the two yacht classes that will race in the next edition of The Ocean Race alongside the VO65 class, expressed support for Horizon. IMOCA President Antoine Mermod said: “While we are seeing more females in sailing, there is still a way to go to make the sport truly equal for women and men. We would particularly welcome more females becoming skippers and taking on other leading roles in the industry, so we’re delighted to see a collaboration that focuses on making the sport more accessible to women. The Ocean Race has been a pioneer in this space, we’re looking forward to supporting their ambition to make the event equal.”

Expected to be among the highlights of the 37th America’s Cup in Barcelona in 2024, the women’s and youth America’s Cup regattas will be part of the event schedule for the first time.

After originally being confirmed in September, further details of the two new AC40 class formats were announced on 5 July 2022.

Both the women’s and youth America’s Cup regattas will be sailed on the America’s Cup racecourse off the Barcelona waterfront during the final stages of the Challenger Selection Series and the opening of America’s Cup match itself.

The initial scheduling shows the women’s America’s Cup final match race being held on a race day of the America’s Cup match itself. Organisers say this guarantees “prime-time exposure before the expected large crowds along the Barcelona waterfront and across the media platforms and broadcast.” 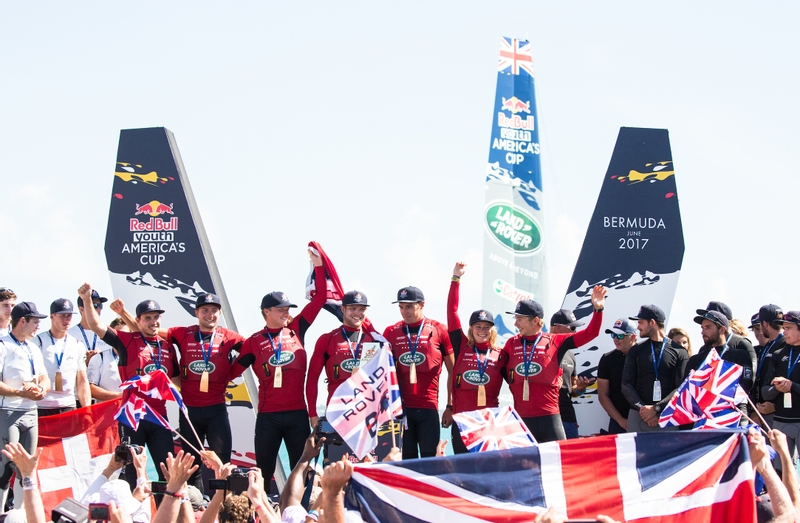 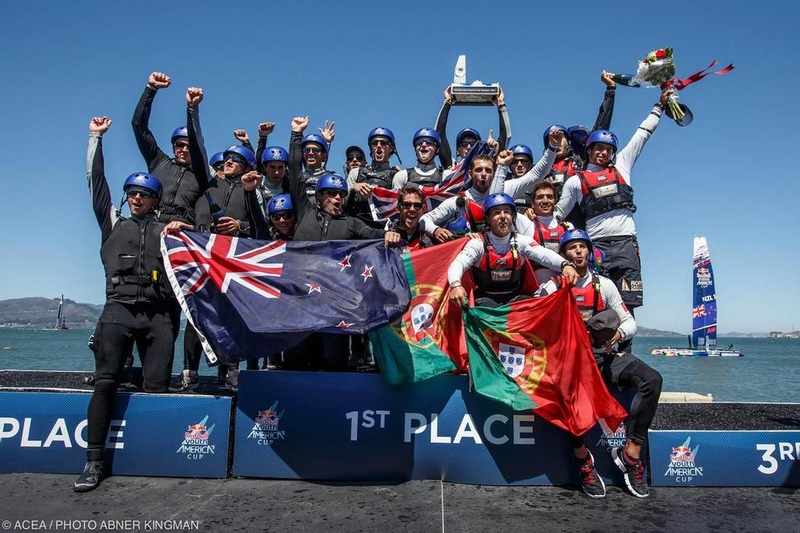 Both women’s and youth regattas will be contested between 12 teams split into two pools of six for an initial fleet race series. The first pool will be comprised of the teams entered and competing in the America’s Cup, the second pool will then be formed by the independent yacht club entries that qualify to enter under the nationality clause of the 37th America’s Cup Protocol.

Both pools will race a series of 6-9 fleet races with the top three teams from each pool progressing to the final series of 3-4 fleet races to decide the top two teams to compete in a single match-race final to determine the overall winners of each event.

Racing will be in a fleet of six one design AC40s supplied by the America’s Cup teams. Off the water, a shared shore and technical support team will be provided by the organisers to facilitate cost savings and to ensure consistency across the fleet.

“As we have always intended, the Women’s America’s Cup regatta and the Youth America’s Cup event are going to be major draw cards of the 37th America’s Cup, and we want to give them the exposure these athletes and teams deserve,” says America’s Cup event CEO, Grant Dalton. “It won’t just be the fans and audience who are watching these events, the teams themselves will be keeping a laser-focus on the emerging talent with an eye towards the make-up of their teams for the 38th America’s Cup.”

For the youth cup, the crews can be made up of male, female or mixed crews all of whom are required to be aged 25 and under on the first race of the match. There will be no age restriction for the women’s regatta.

The crew nationality requirements of the 37th America’s Cup Protocol shall apply for both regattas. 100 per cent of the crew sailing each yacht in each race shall be nationals of the country of the yacht club that the team represents.

However, with a view to growing the sport globally and furthering its appeal to independent yacht club entries, organisers have confirmed a team may be considered to be from an ‘Emerging Nation’. Or they can be eligible to receive a dispensation from the crew nationality requirements to allow a specific number of approved non-nationals to compete as crew onboard the AC40.

Entry criteria and expressions of interest will open to prospective teams on October 1st, 2022.