SSL Team Ubuntu RSA won the latest SSL event in Switzerland securing a spot in the event finals in Bahrain in November. True talent and determination proved that South African sailing is up there with the top in the world. Ian Ainslie gives us a report on their success.

The aim of the SSL (Star Sailors League) is to model the football world cup in sailing. After a huge amount of energy and money, the vision is taking shape. 56 nations are competing in the inaugural event. The SSL is providing a huge opportunity for less wealthy and non-traditional sailing nations to really break into world class sailing.

The individual rounds are sailed in a fleet of 4 boat fleets. The top 2 progress to the next round and the bottom 2 are eliminated. So, the first races of a regatta start off using more fleet racing tactics and then it becomes more of a boat-on-boat match race later in the regatta, as you may be focussing more on beating a particular boat.

The boats, the SSL47, which are modified RC44’s, are all equal and are provided to the teams each morning. These boats put a high premium on good crew work, and boat handling, which means teams have a bit on as soon as the breeze is up. 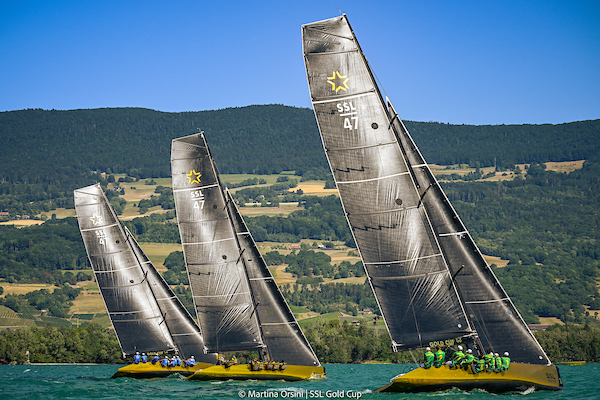 Putting a team together is not easy as 5 of the sailors must come through the SSL ranking system and 5 sailors can be chosen without it. Although all the expenses get paid by the SSL, it is understandable that crew cannot make it if they have a job that does not allow them flexibility. As a result, there were only 4 guys that were part of the successful qualifying, test-event team of 2021. This included Howard Leoto, Joweal Klaase, Marlon Jones and Gareth Blanckenberg. Luckily, I could call on some pros, Mark Sadler and Charles Nankin to take off from their busy sailing schedules, as well as excellent amateur sailors Inge Schabort and Murray Willcocks. Anthony Spillebeen was our energetic manager.

The mission was to qualify the country for the finals in Bahrain in November. The task was a bit simplified by China not appearing due to covid- related travel complications. Even so in the few days of training preceding the event, we saw that the teams in the 2 groups looked pretty good. Some came with coaches (and in the case of Malaysia, the crown prince, their patron) and they follow a training program. When the wind is steady, there are not many passing opportunities after the first cross, so we did not take anything for granted. 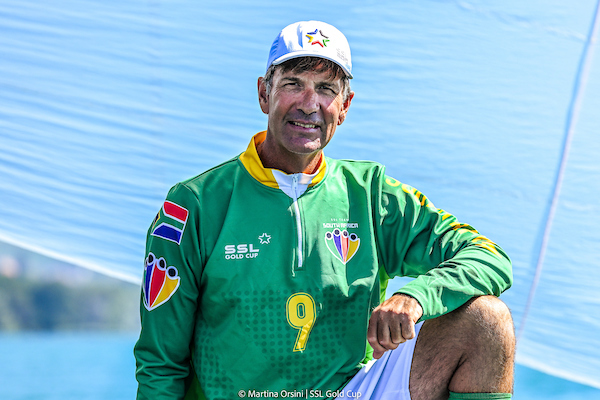 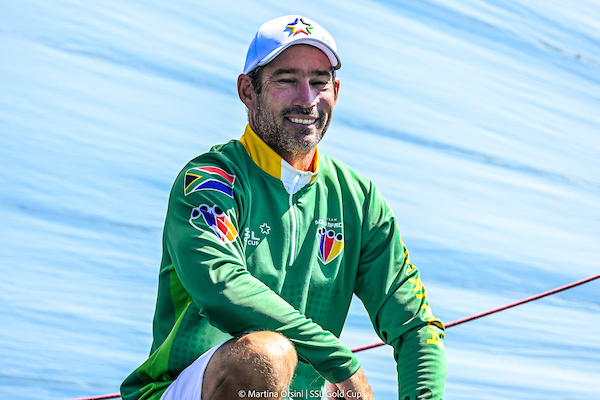 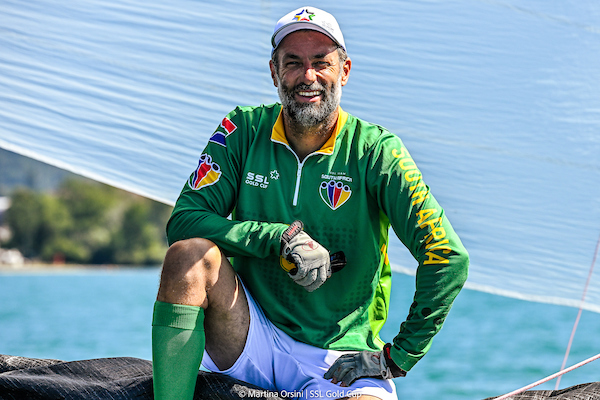 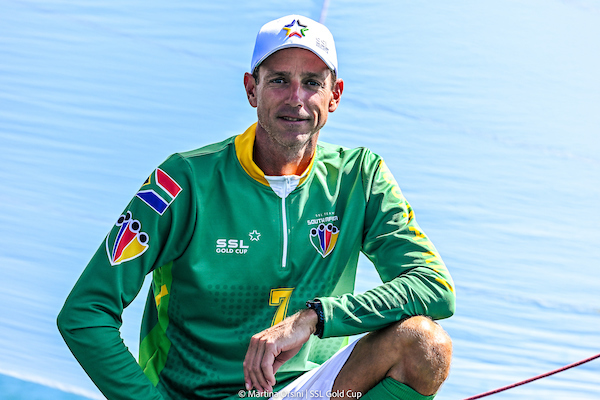 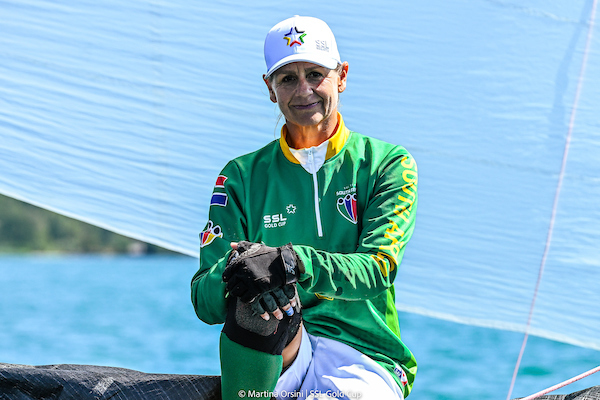 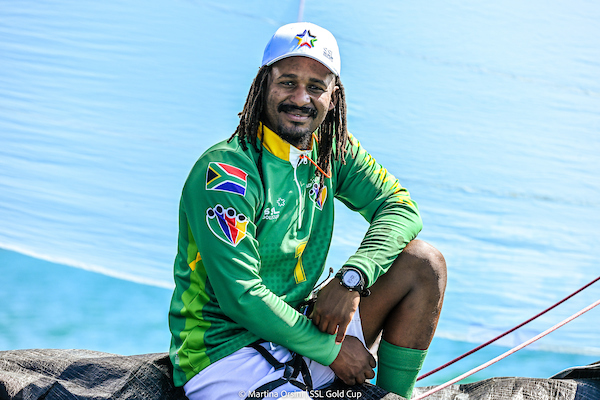 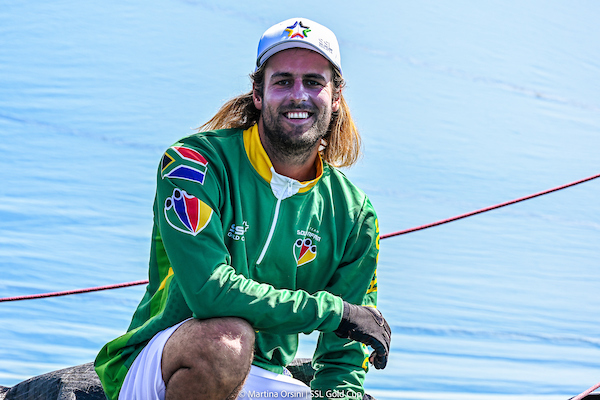 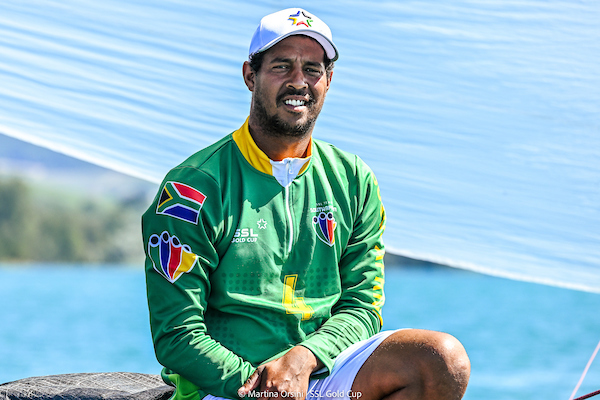 The first races of the regatta were very light, shifty, and puffy. In race 2 we got a penalty – the umpire deemed our presses in the puffs offwind to be illegal and we could not find a passing lane after that and came 3rd (last). Apart from that, we were able to win the other 5 races. As the wind increased (to a maximum of 15 knots on the last day) and our teamwork developed, it seemed to get a little bit easier. It was great so see how well the team worked the boat in the breeze. Once we were ahead, Mark just put the clamps on and gave the next boat no chance. 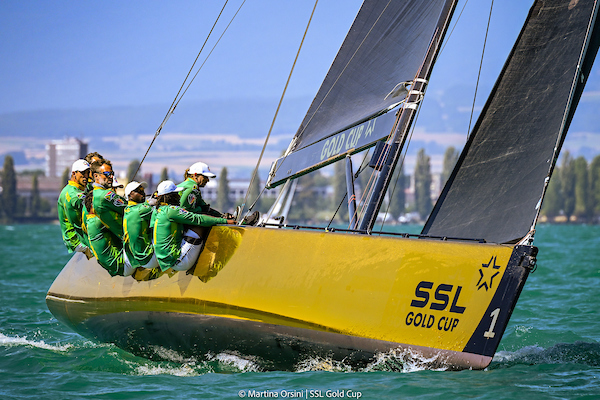 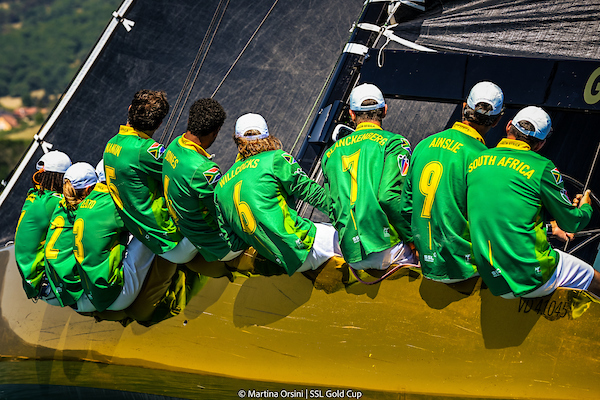 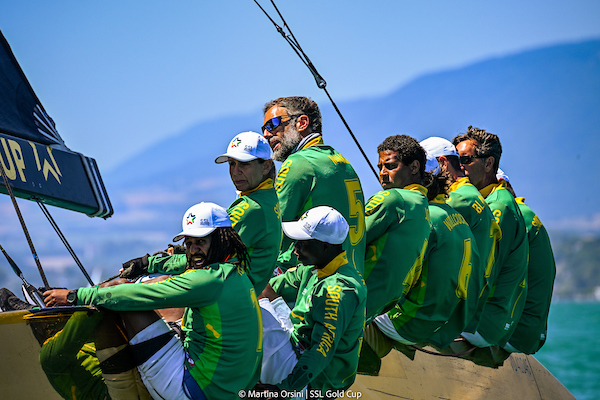 Watch the final race recap here where SA won the Golden Race convincingly. Interviews with South Africa starts at 1.37:05. Race start is at 1.48:00.

Anthony Spillebeen was the boss on shore and generally the glue of the team. Tactician, Mark Sadler, was the boss on board. He does a great job managing a team. He (together with Gareth) sets a very calm tone and they explain the next move very well. I learnt a lot about being very consistent in communication so that the team develops a good rhythm. Our boathandling was good due to the bow team of Joweal, Howard and Inge. No fuss or drama, plenty of helping each other out when one had their hands full, which meant we rounded each mark well. Our speed was good as we had very good trimmers in Charles Nankin (up) and Murray Willcocks (down). Gareth did the main and made us focus on what matters, and not on unnecessary details. He is very quiet, so when he says something, everyone listens.  Marlon Jones put the power into the handles and worked with the trimmers up and downwind. I shut up and drove.

We felt a tremendous “gees” on the team, sailing for South Africa in our green jerseys, and the strange, knee length socks which were provided. There was a feeling of wanting to do well for each other and to build for the future. We tried to do things better each day and really supported each other. We had a lot of fun on and off the water but were focussed and disciplined when it mattered.

It was also great to see how the people have developed since the last time we sailed together- e.g. there is now a lot of talk about children and other grown up topics interspersed with the normal idiocy.

SSL Team Ubuntu RSA is proudly now one of the 32 nations that have qualified for the finals in Bahrain. A stern test awaits us, which we are happy to tackle full on with big commitment and focus, but also with a few laughs afterwards. 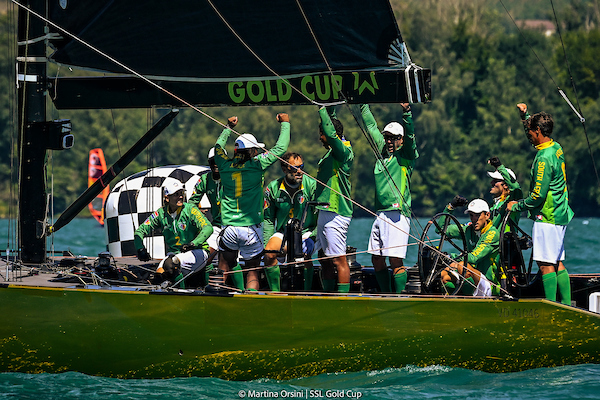 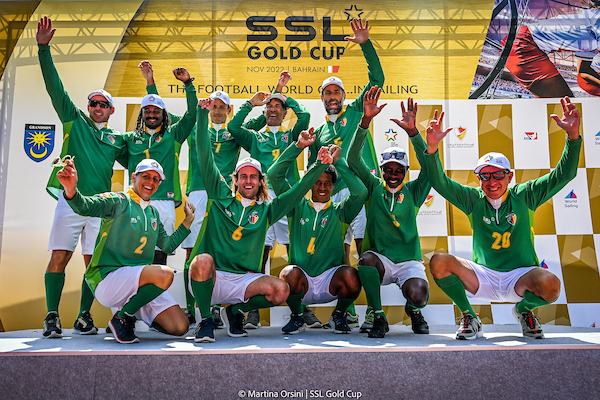 The vision is to have the SSL Gold Cup every 4 years with a continental championship in between. The goal is to have 80 nations competing in the next championship. The SSL concept has taken off and it has the potential to change sailing by making it genuinely universal.

SA sailors wanting to make the team in future events, need to race a lot in any of the major dinghy classes in South Africa, and they need to get their SSL skipper or crew rankings up.