Every now and then we all need to find a peaceful place to unwind – away from the crowds and the concrete jungles.       CN Traveller editors lists the places they feel most peaceful; the places they go to when they need some rest, respite and relaxation. 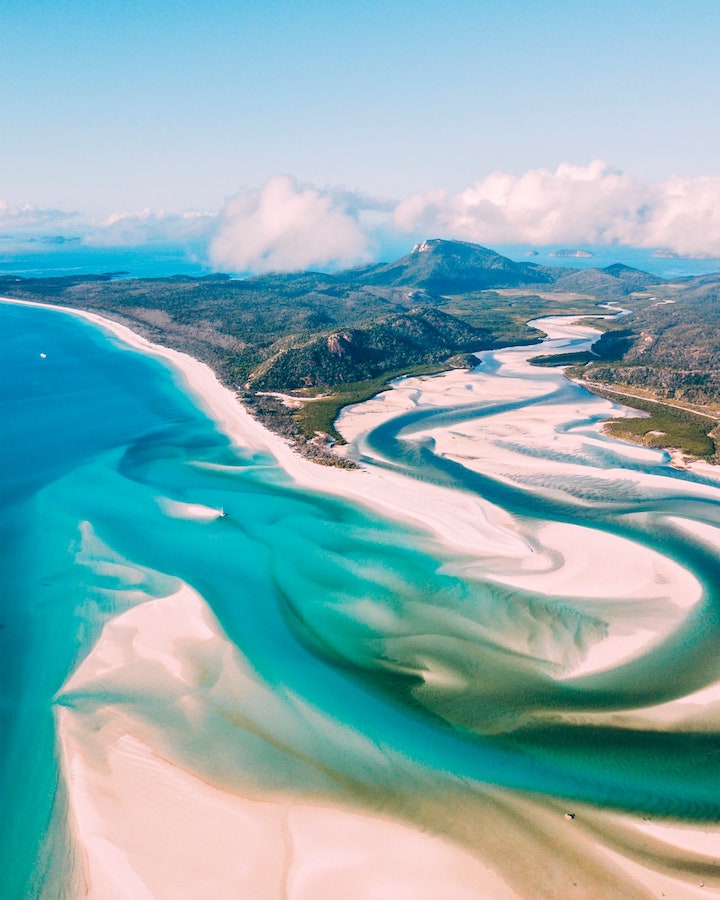 ‘Being in the middle of nowhere surrounded by nothing but the ocean is some people’s worst nightmare, but for me, it’s where I feel most at peace. In 2017 I was lucky enough to travel around some of Australia, and while the varied landscape of the country wowed me at every turn, there was nothing quite like being on a boat, exploring the Whitsundays and soaking up the feeling of seeing nothing but water for miles. I spent an evening lying in a hammock watching the stunning sunset before setting off on a three-day boat tour from a small island. On the trip I snorkelled, sunbathed and just generally gazed around in awe – it was a few days of pure peace, and I often think back to the clear water, blue skies and incredible nature when I’m craving some calm.’ 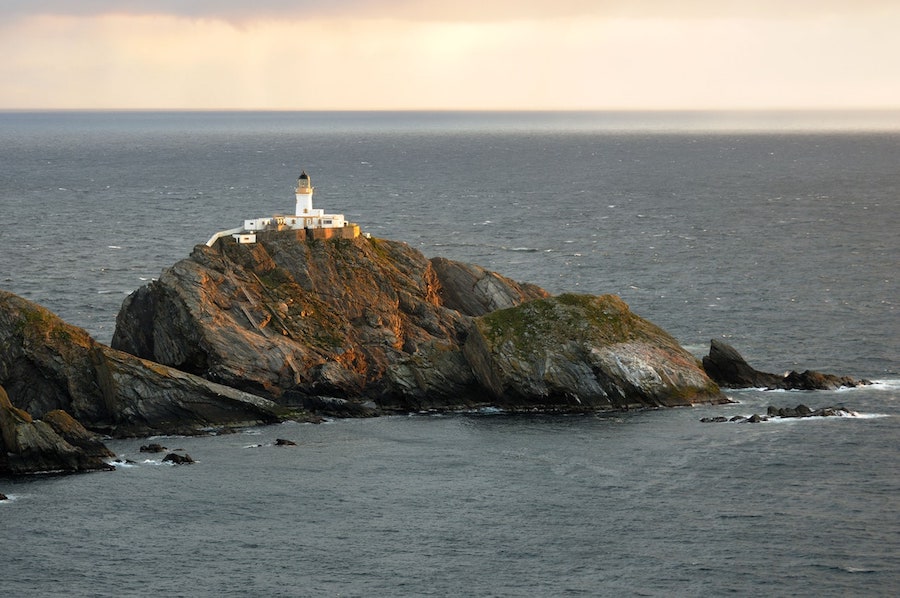 ‘I always find end-places oddly comforting. I’m deeply happy in one of the rudimentary hot baths at Grettislaug, dug out by a local farmer at the end of a gravel road on the far north of Iceland’s Troll Peninsula – with views of a glacial mountainside and the folkloric Drangey island. But my favourite has to be the lonely walk across the Hermaness headland to Muckle Flugga, the northern edge of Shetland and the UK (John O’Groats is for wimps). It’s a place of Middle Earth cliffs, ominously circling great skuas, swooping gannets, gormless sheep and the low rumble of the sea below. It makes me feel tiny and transient, but also euphoric. From the little sign at the end of the headland, looking out to a lonely lighthouse on a buffeted stack, there’s nowhere else to go – and there’s a certain finality and peace to that.’ 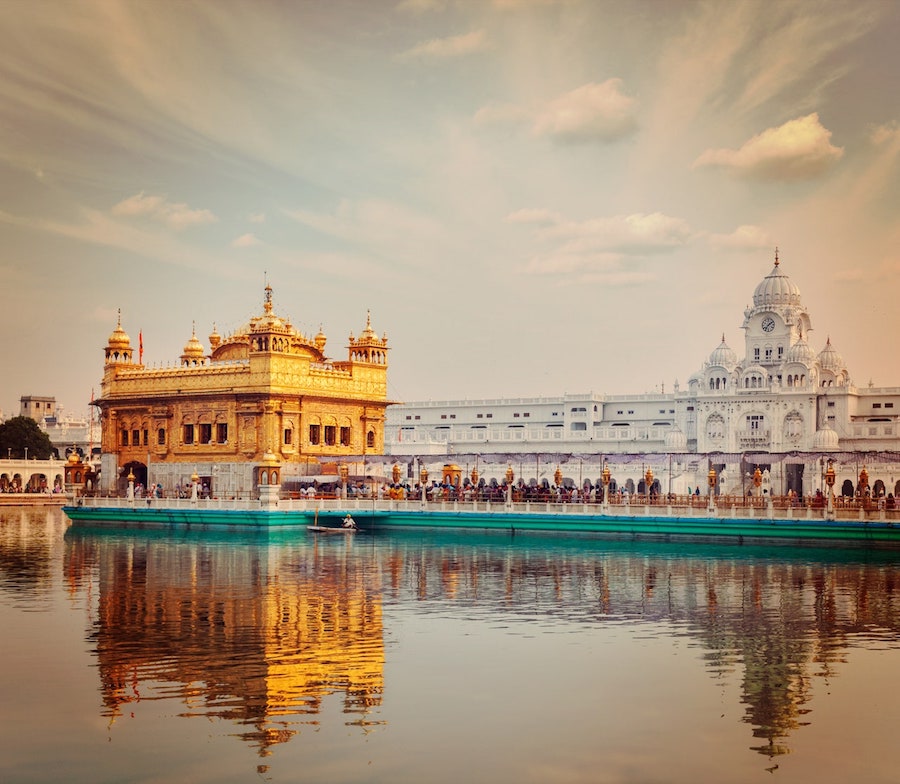 ‘The Golden Temple in Amritsar, in Punjab is a sacred place for Sikhs. But regardless of your religious beliefs, the energy here is undeniable. It brings so much calm, peace and pure gratitude for the abundance of life. And if you get the chance to partake in a langar – where food is prepared and distributed by volunteers for thousands of people for free, every day, regardless of your religion – your faith in the goodness of humanity is truly restored. 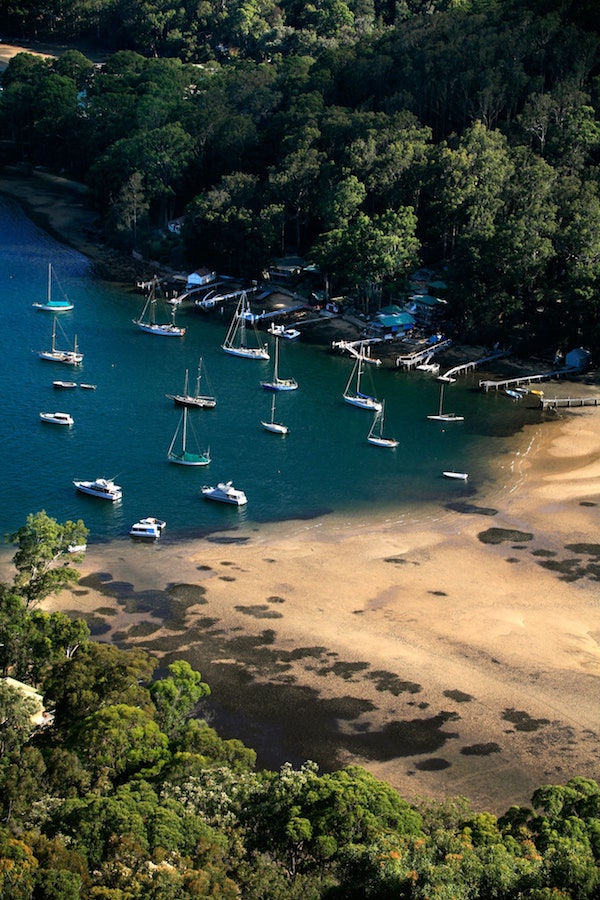 ‘My favourite place for peace is my mother’s beach house in Pittwater, along the beautiful strip of northern beaches in Sydney, before the more famous and more populated ones like Palm Beach. I grew up paddling in the little bay just before Church Point and now I love taking my daughters there, particularly on a summer evening when hundreds of soldier crabs scuttle along the sand to avoid the gently lapping waves. Colourful rainbow lorikeets fly overhead and there’s often a lone kookaburra on the lookout for a dropped ice cream cone. There’s something comforting about the familiar and never-changing rhythm of the scene.’ 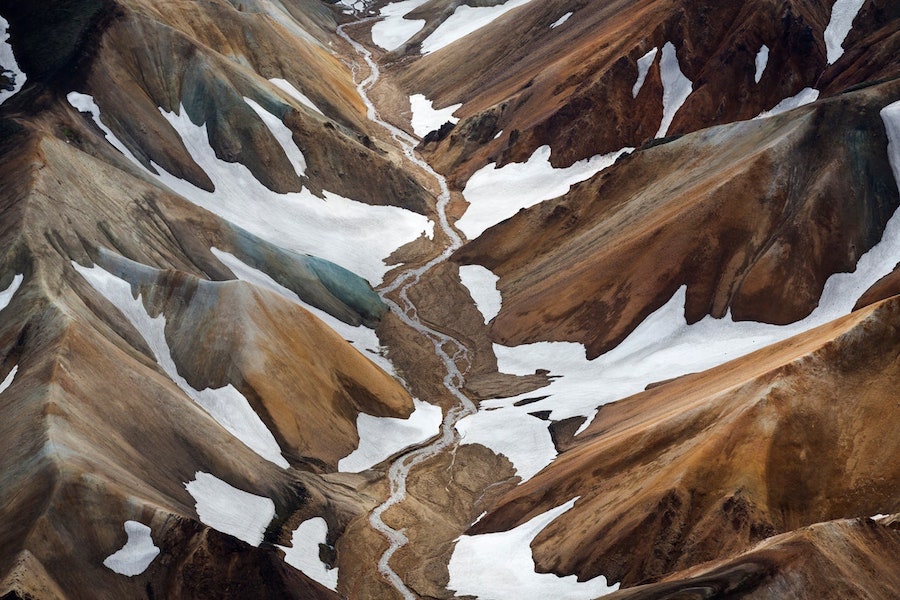 ‘Iceland has repeatedly been found to be the safest country in the world, and with safety and security comes an overwhelming sense of peace. The landscape – hours of dramatic mountains, shrubbery, black sands and a surprising lack of trees – also encourages a sense of one’s insignificance amid nature, while the incredibly laidback and humorous people help to dispel any overly worrisome thoughts straight to the very back of your mind.’ 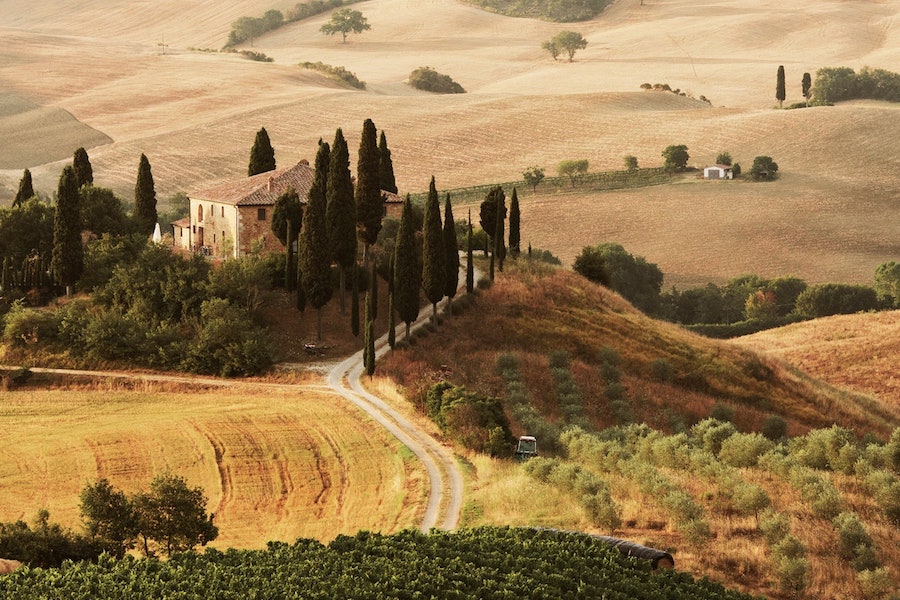 ‘When I close my eyes and picture the most peaceful place I can, Tuscany immediately fills my mind. I spent most of my childhood summers with my family in the region, devouring as many books as plates of pasta to the soundtrack of whispering leaves in cypress trees, humming crickets, and the occasional tidal wave splash as my siblings dive bomb into the swimming pool.’ 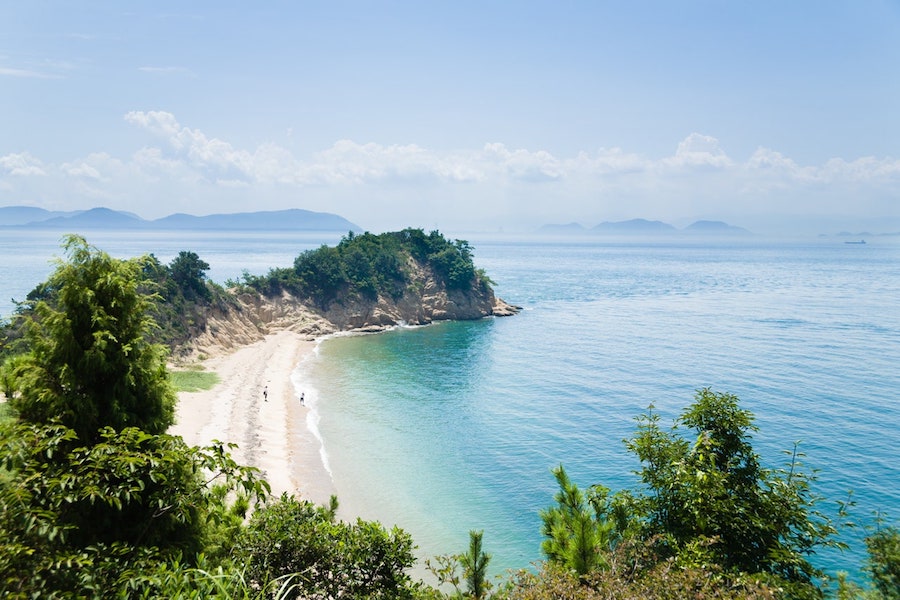 ‘Only a short ferry-ride away from Tamano, West Japan, you can find Naoshima, Teshima and Inujima; also known as the ‘Art Islands’. In the 80s billionaire businessman Soichiro Fukutak saw an opportunity to regenerate the land, which had housed metal refineries and illegal waste. His vision was to build a creative utopia, where you can experience a slow pace of life surrounded by some of the world’s most striking art. The main gallery spaces are minimal masterpieces of polished concrete, in perfect harmony with the surrounding scenery. What was most striking about the visit for me was an overwhelming sense of peace. Surrounded by so much beauty, you couldn’t help but be still.’ 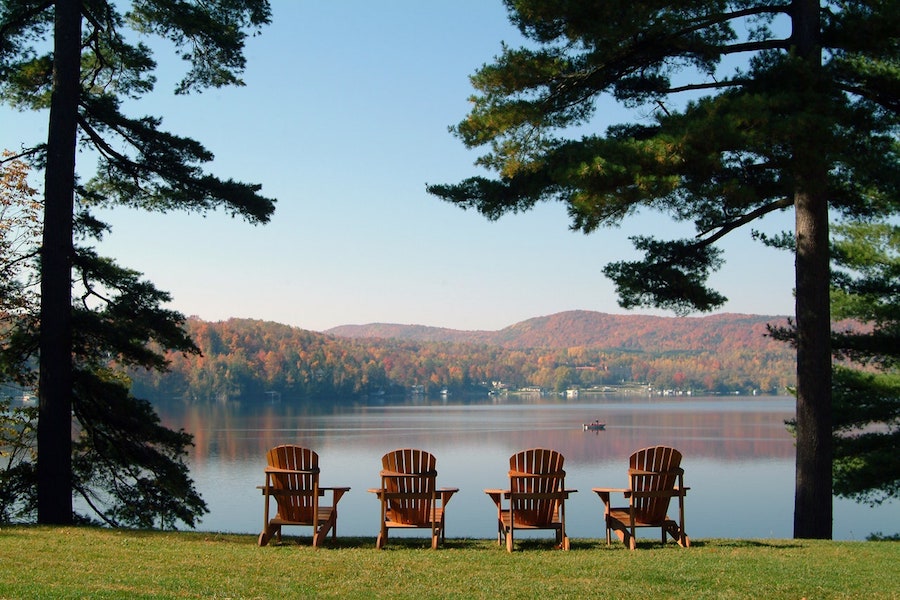 ‘The Eastern Townships of Quebec is an area dotted with picturesque villages, connected by the region’s rolling hills, meandering country roads and mountain-framed lakes, where sailboats bob unhurriedly amongst the singing loons. Lake Memphremagog, where I have spent my summers since childhood, begins in Quebec and ends in Vermont, so bringing your passport on a hike or boat ride is always a good idea. I am most at peace sitting at the end of my rickety cedar dock with a book, alongside my family, looking out at Mont Owl’s Head and eating freshly-picked blueberries. With the knowledge that come wintertime, the lake will freeze and the road leading down to our summer cottage will be inaccessible, the fact that this place comes to life every year at the start of May makes it even more special. 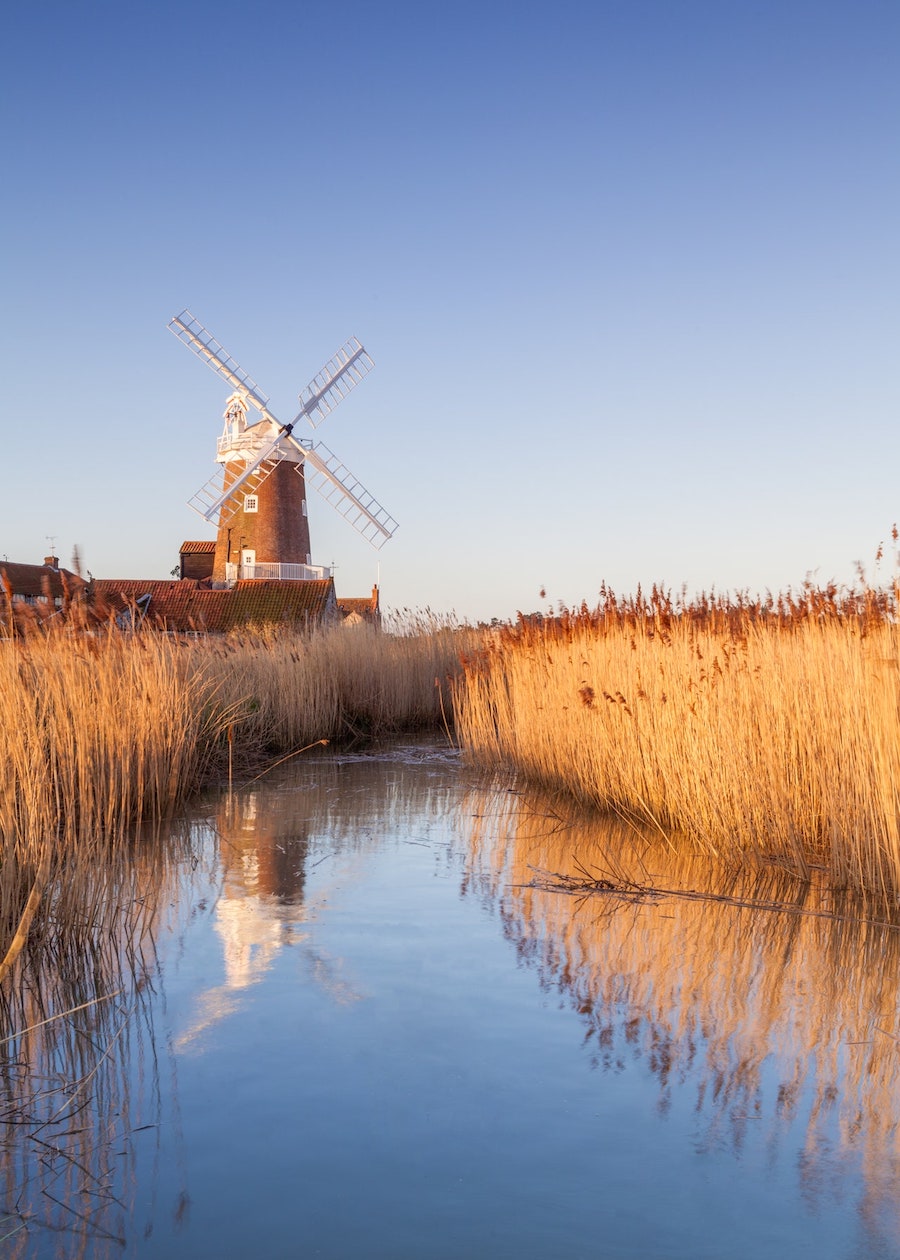 ‘Coming from Norfolk with a father who spent years working for the Broads Authority, I was lucky enough to spend many summers during my childhood in and around boats on the Norfolk Broads. There is something remarkably peaceful about a warm sunny afternoon winding along the narrow rivers, with the water sparkling back at you and nothing but the sounds of rustling reeds, the chatter from a group of nearby ducks and my mother’s announcement that we can finally dig into the picnic.’ 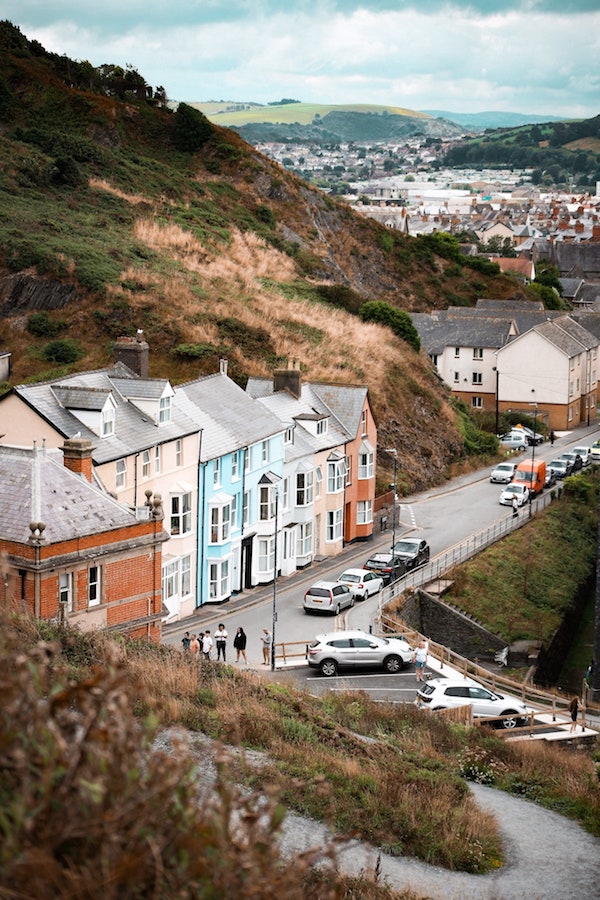 ‘West Wales is where hippies escaped to in the Seventies, looking for a quiet, tumbledown patch of land where they could unplug from the world. People still go in the hope of going off-grid – seeking out craggy coastlines and small scale businesses. Nothing can be rushed or hurried here.’