Renowned Cape-based marine conservationist and photographer, Jean Tresforn captures rare images of the oceans fauna and flora from above and below. Jean has recently caught some incredible sights on camera during the beautiful, calm and balmy, winter days in the Cape. On this Africa Day we celebrate Africa’s natural beauty.

A colourful world below

“Just Wow! No other way to describe False Bay this weekend…,” exclaimed Jean. Flat calm seas with no wind and no real swell, warm(ish) at 15 deg and the most insane water visibility I’ve seen in ages! What a treat! Flying over the bay on Saturday I was astounded at the water clarity and there was no real challenge in deciding what adventure this Sunday held in store.

With some of our friends and their kids heading out with Dive Action Cape Town to do their first dive as newly qualified divers, Chris Von Holdt and I launched his boat and joined them for a dive at Partridge Point. It’s been a while since I’ve dived here and I was blown away at the amount of life below, and the health of the reef system. The toughest part of the day was having to get out of the water as everyone else was already on the boat and waiting to head back to shore”. 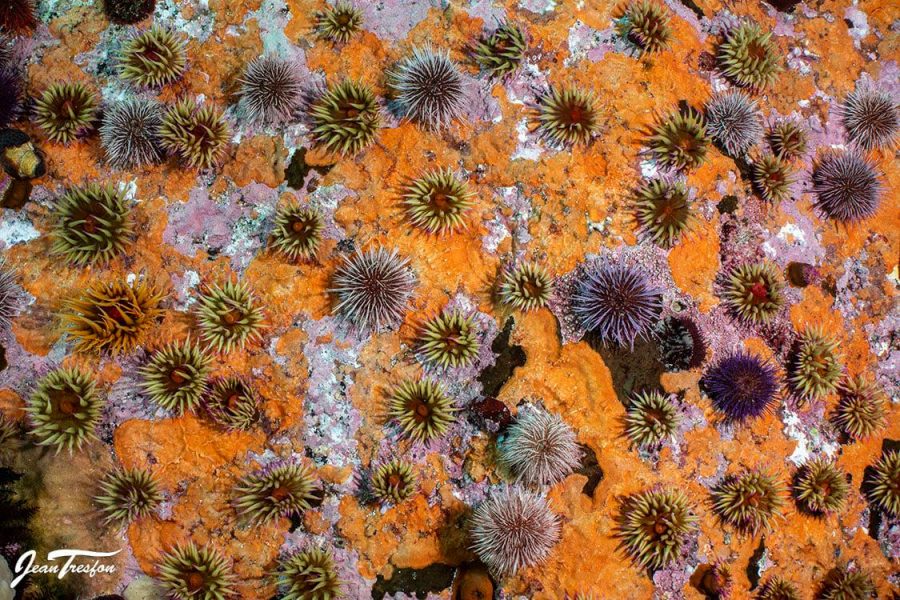 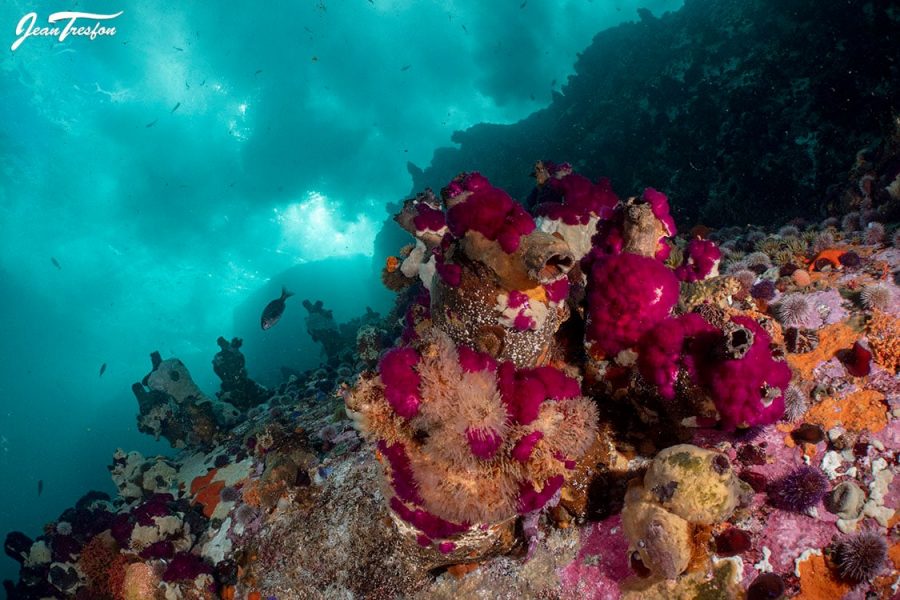 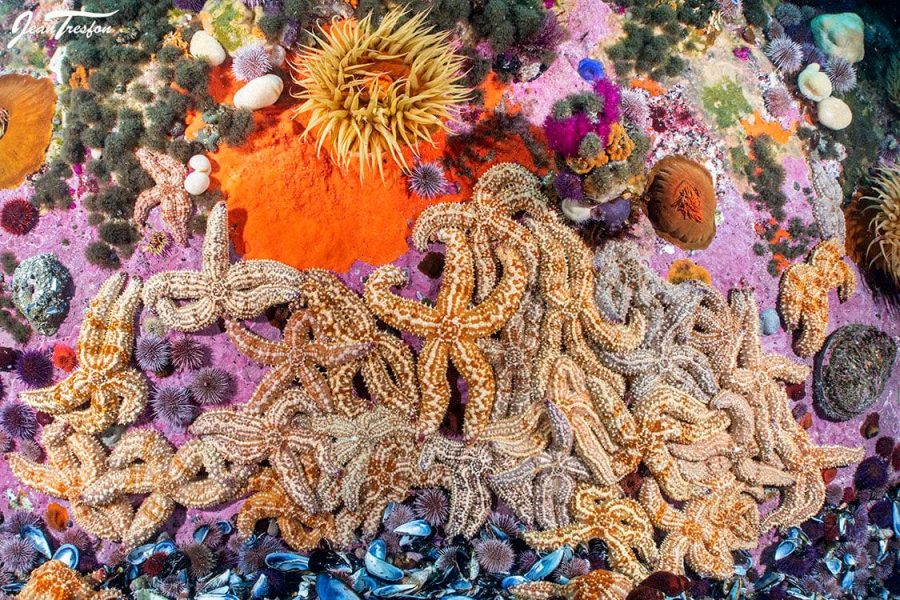 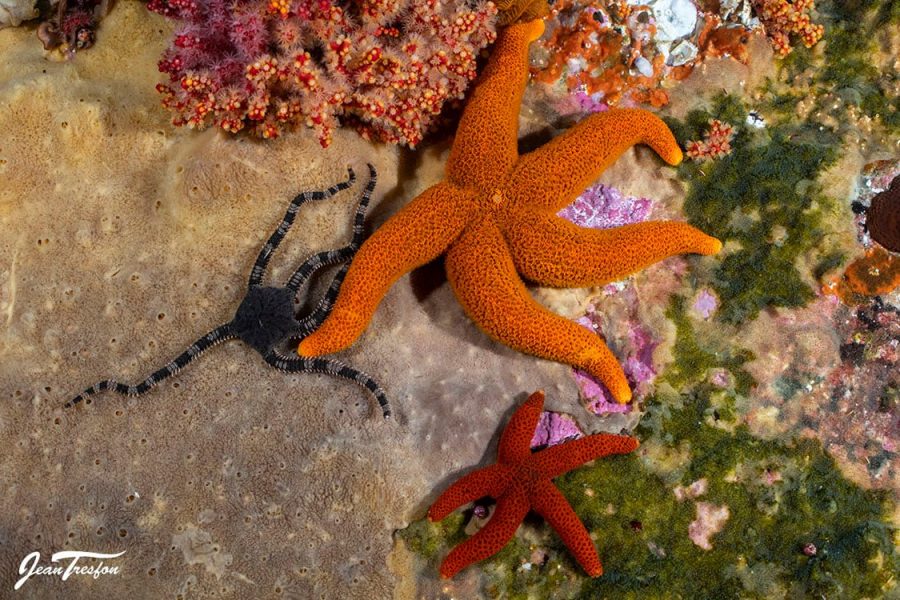 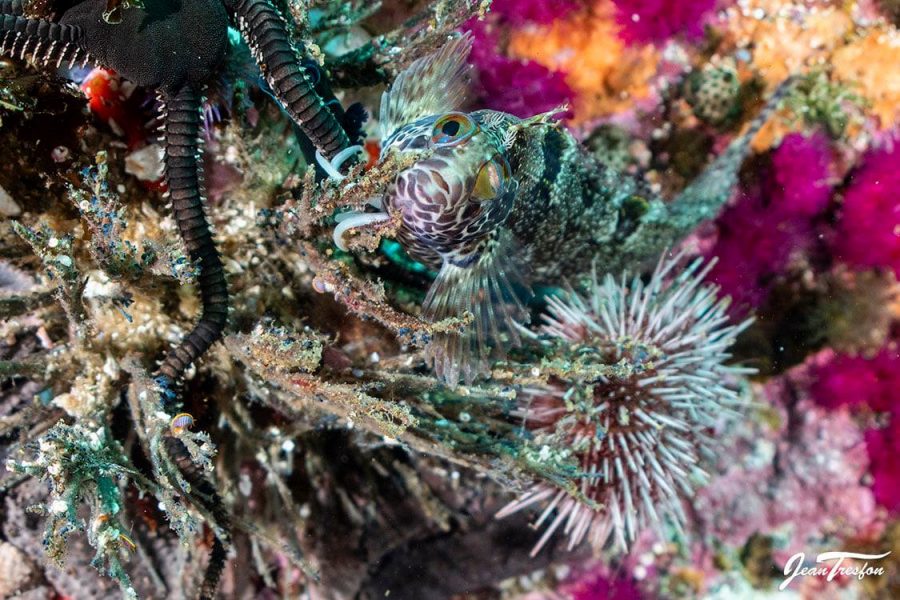 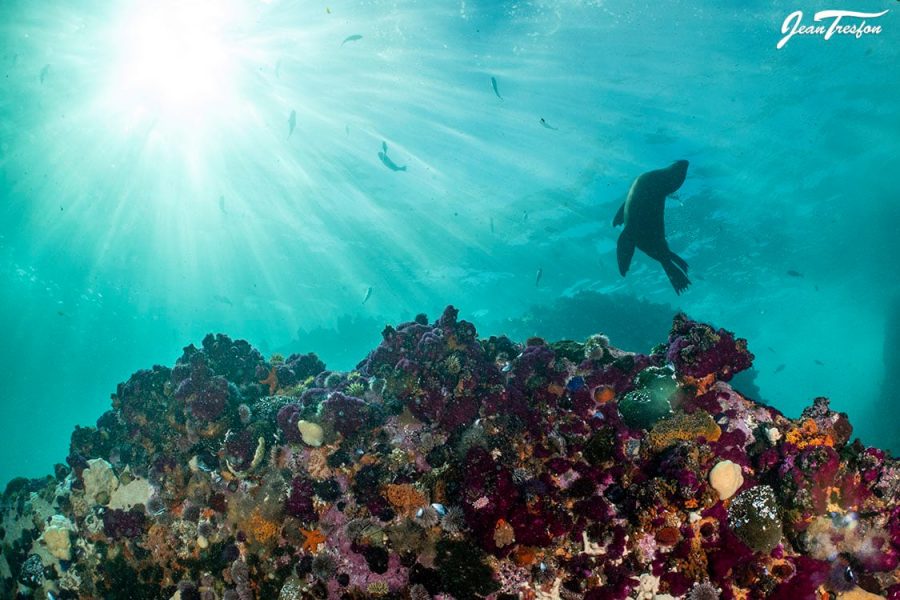 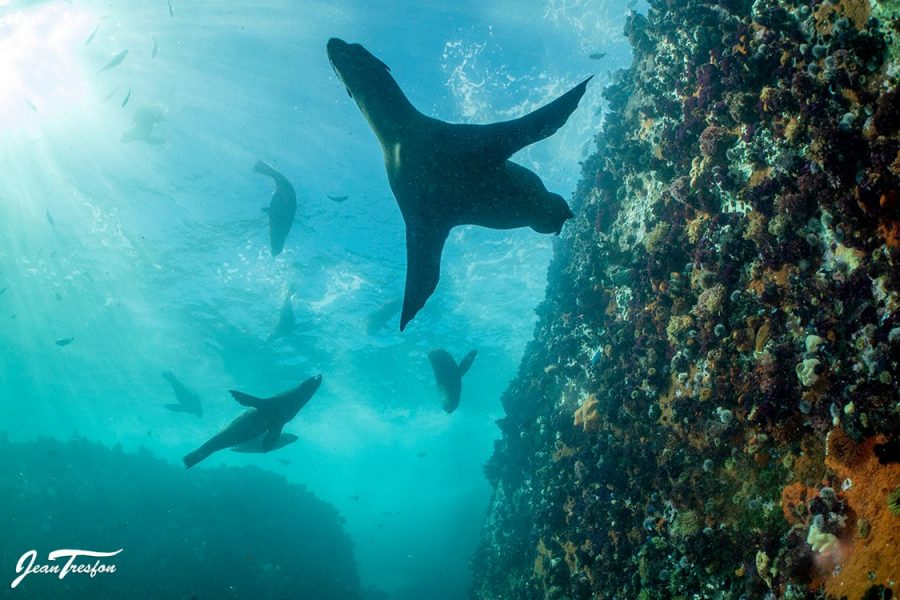 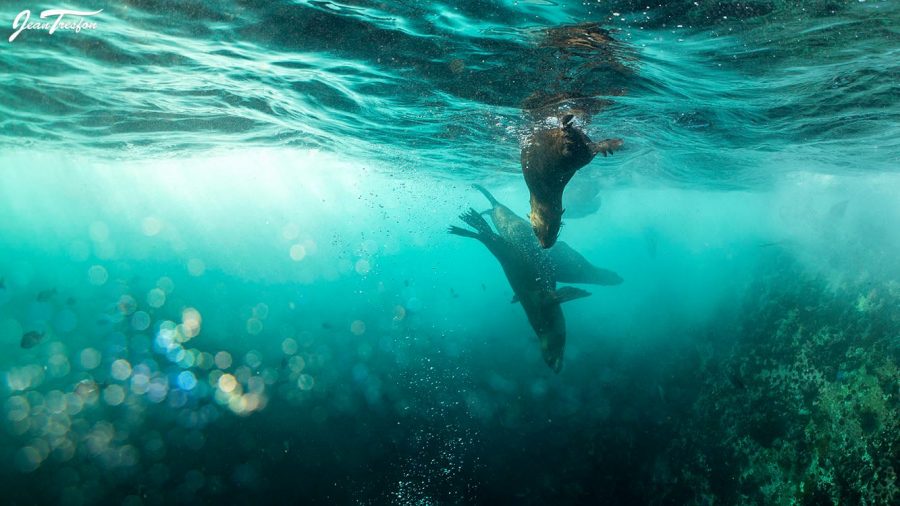 An eye from above

Reports from several boats at Dassen Island a few weekends ago indicated large numbers of humpback whales feeding on krill close inshore. Could the supergroups still be around this late in the season? Only one way to know for sure! Mid morning on Monday, Jean and  Zak O’Leary went wheels up into the crisp and icy cold air headed for the West Coast to see for themselves.

“We intersected the coast at Skulpbaai just before the Silverstroomstrand Resort and immediately spotted a small pod of haviside dolphins playing in the waves. Rounding Bokpunt it was interesting to see some construction and development happening at the historic Bokkerivier farmstead, curious to know what’s happening there!

Along the entire stretch to Yzerfontein there was both a heavy red tide and plenty more small pods of haviside dolphins. We also spotted several sunfish including one proper beast that must be the biggest individual I’ve seen yet. After checking into military airspace we climbed up high for the crossing to Dassen Island. With a flat calm sea spotting conditions were ideal and any feeding supergroups would have been visible from miles away. There were a few very active bait-balls on the north side of the island with cape fur seals, cormorants and gulls all competing for a meal.
Nearby a small sub-adult humpback was playing with a piece of kelp and on the other side we found another humpback feeding in shallow water. Altogether we found 5 humpbacks at the island, all sub-adults, and while I was secretly hoping for a supergroup it would have been quite unusual for this time of year.
After heading back to the mainland we turned to the south and headed back along the coast to Melkbos, circling here and there to observe the wonderful antics of the havisides, before climbing up again for the crossing to Robben Island. I was hoping to see a few southern right whales on the west side of the island but we failed to spot a single whale of any species. There was however plenty baitball action in the dirty water.
Crossing back to the mainland we landed after 2.5 hours in the air and took probably just as long to thaw out!
Open cockpit flying is exhilarating and perfect for photography, but can be properly chilly in winter. 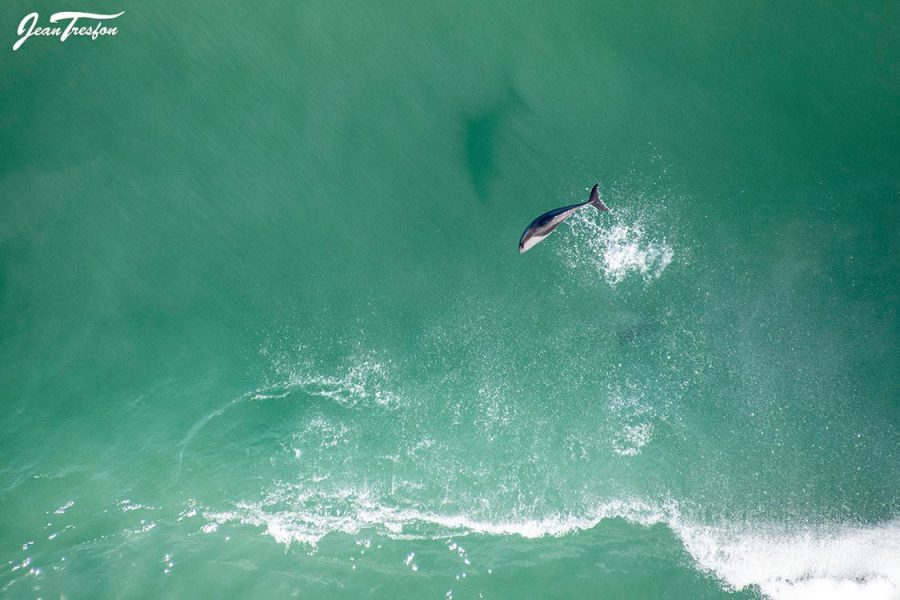 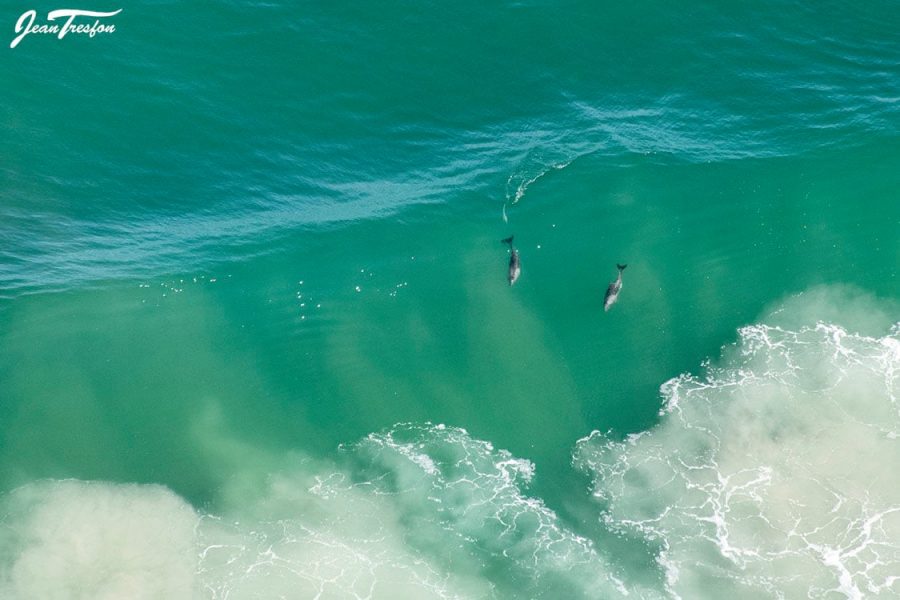 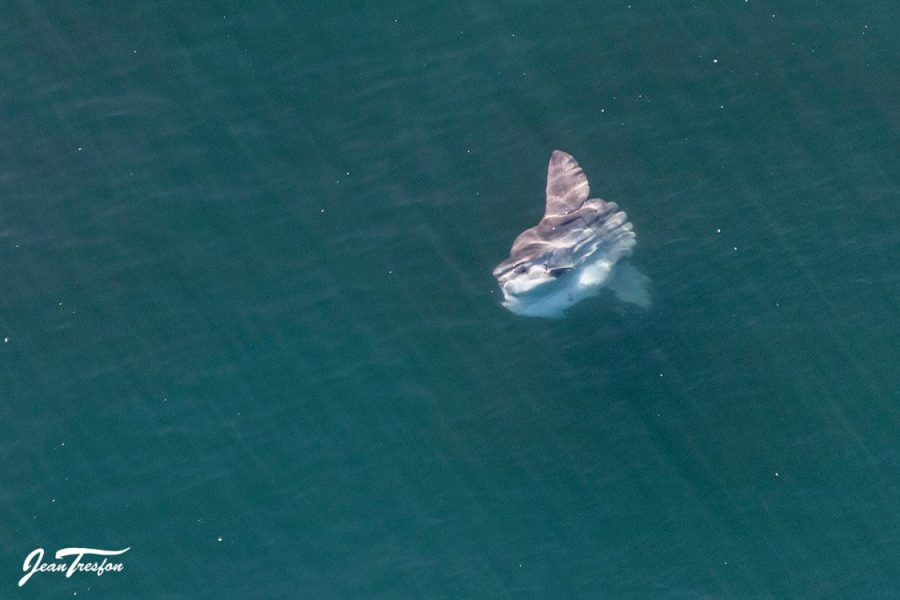 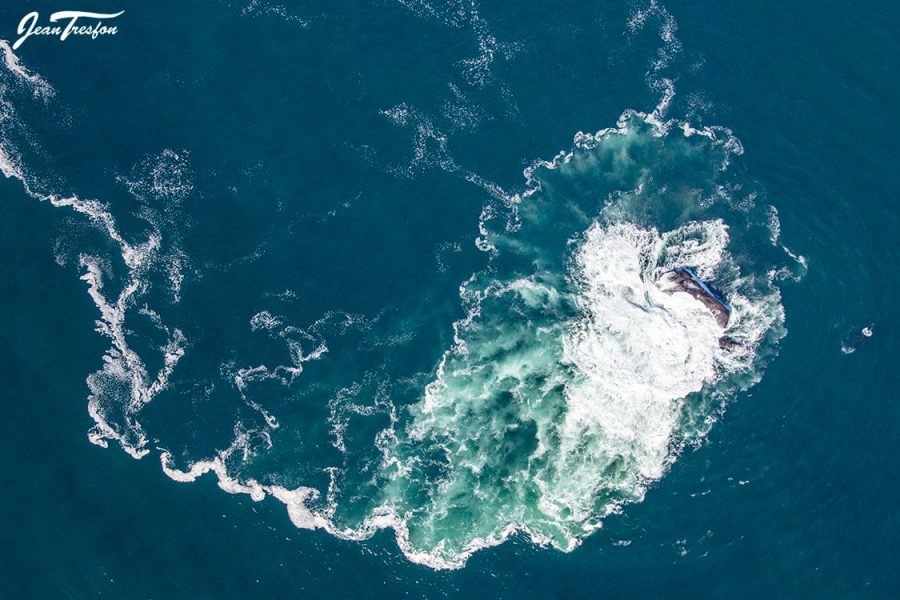 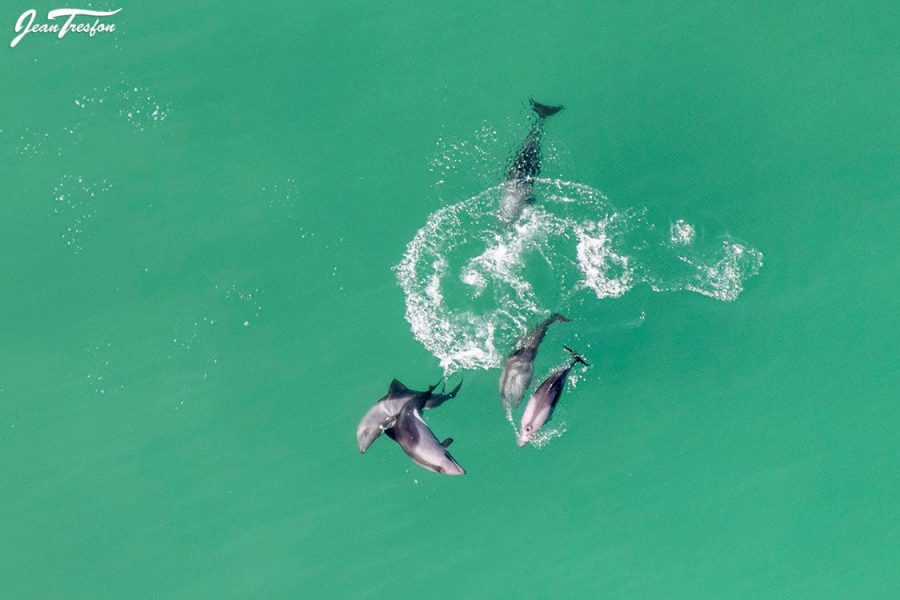 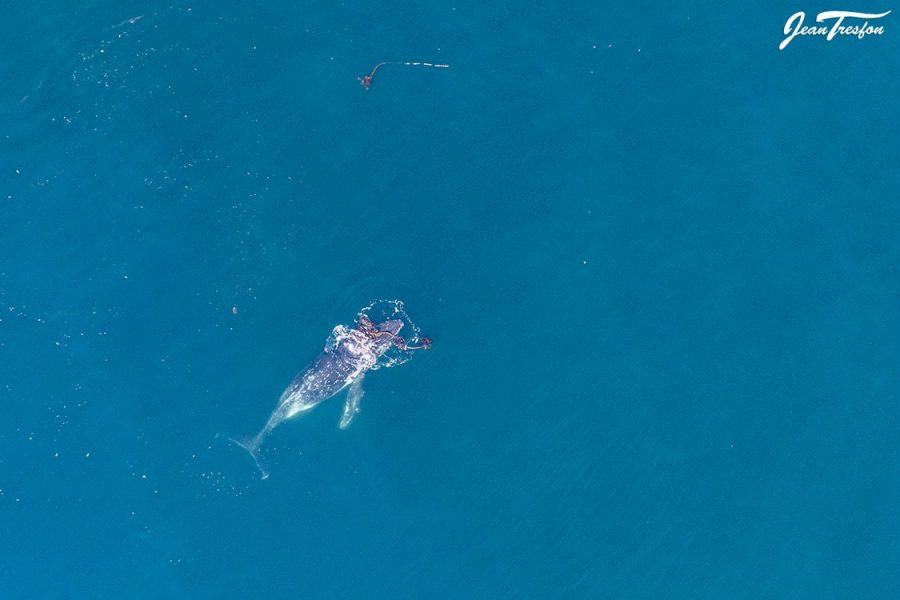 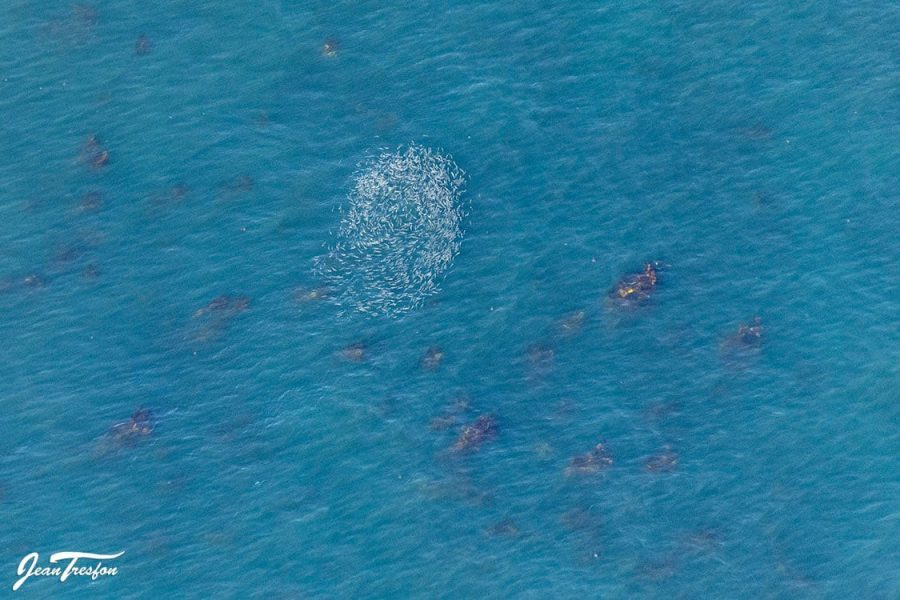 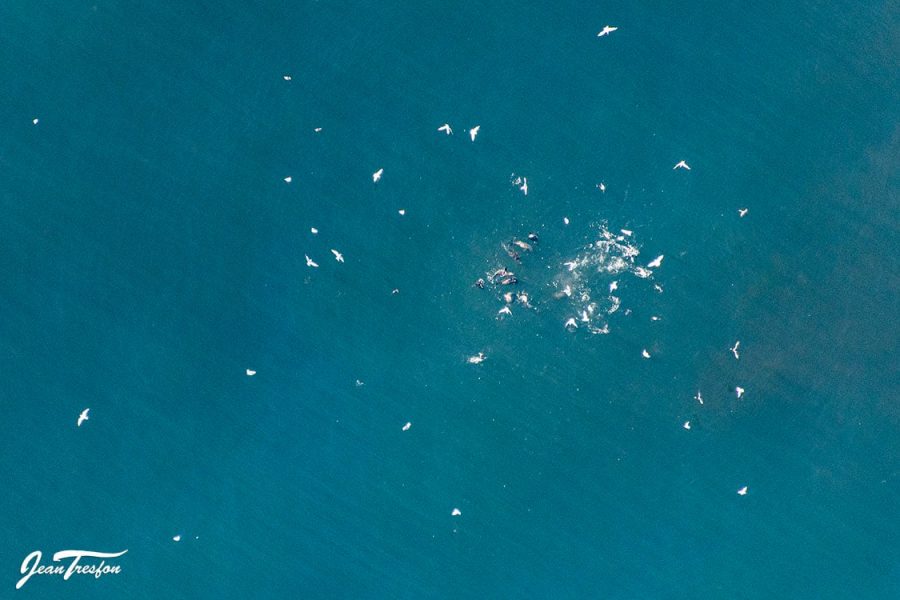