The Deal that Saved the Seychelles

After defaulting on its substantial national debt, the Seychelles was offered an unusual deal to save it’s troubled waters.

Located around 1,600 kilometres (994 miles) off the coast of East Africa, the Seychelles is an ecological paradise. The archipelago of 115 lush and rocky islands sits amongst vast swathes of ocean, covering some 1.35 million square kilometres (521,000 square miles). They’re home to some of the world’s last pristine coral reefs and are teeming with endangered species, including the southern fin whale and the Indian Ocean’s only dugongs – large marine mammals also known as “sea cows”.

But the island nation has had its fair share of problems.

The Seychelles has one of the smallest GDPs in the world and fewer than 100,000 residents, whose livelihoods rely heavily on marine tourism and fishing revenue. After years of borrowing, in 2008 the Seychelles defaulted on payments for its $406m (£311.6m) national debt and had to be bailed out by the International Monetary Fund.

At the same time, plastic pollution, climate change and overfishing threaten to deliver a catastrophic blow to the nation’s marine ecosystem, which sustains more than two-thirds of the local economy. After a mass bleaching event in 1998, in some areas, the Seychelles’ has already lost up to 90% of its coral reefs. The nation is also extremely vulnerable to flooding and coastal erosion.

In a bid to build climate resilience and boost its blue economy, the Seychelles signed a unique deal in 2015: almost $22m (£16.8m) of its national debt was written off, in exchange for the country doing more to protect its oceans. The “debt for nature” swap involved the US conservation group The Nature Conservancy (TNC) buying the debt, in exchange for a promise to create 13 new marine protected areas (MPAs). 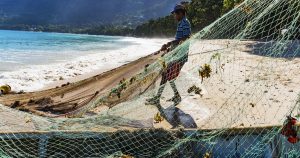 FISHERMEN SEYCHELLES Mackrel fishermen in Seychelles fish along the shore with small boats and siene nets, trapping fish against the beach and hauling the catch up onto the sand. © Jason Houston

In the five years since, the Seychelles has progressed from protecting 0.04% to 30% of its national waters, covering 410,000 square kilometres (158,000 square miles) of ocean – an area larger than Germany. Fishing, oil exploration and other marine development has been banned or severely restricted in the MPAs. Anyone who carries out illegal activities in these areas faces a hefty fine, or, in some cases, imprisonment.

The swap has been hailed as a major milestone for ocean conservation. Conservationists say it sets a strong precedent for other countries to strike similar deals which benefit both the economy and environment. 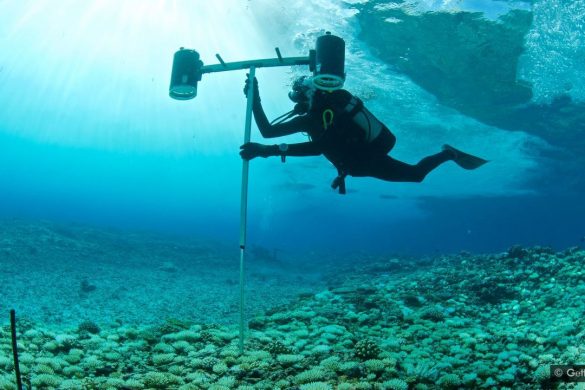 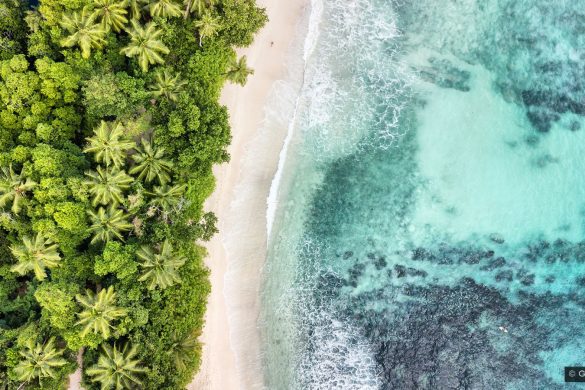 How the deal works

The nation’s foreign debt is mostly owed to the UK, France, Belgium and Italy. TNC bought it at a discount and then raised a further $5m (£3.8m) from philanthropic donors to lower the interest rate on the government’s outstanding loan.

The deal has allowed the Seychelles’ government to buy back some of its debt at a discount and restructure it, while freeing up cash flow for conservation, says Rob Weary who leads TNC’s debt conversion programme.

Debt-for-nature swaps have taken place in the past to preserve tropical forests in the Caribbean and South America, but the Seychelles’ deal is the first of its kind to focus on marine conservation and the first to use loan capital to help finance the swap, says Weary.

The government repays the TNC loans into a specially created independent trust, the Seychelles Conservation and Climate Adaptation Trust (SeyCCAT), which will use this to fund marine conservation and climate adaptation programmes over the next 20 years.

“We’ve already dispersed over $1.5m (£1.15m),” says Angelique Pouponneau, chief executive of SeyCCAT. The trust has invested in several women-led initiatives, including a project that pays poor women to clear seaweed off beaches and turn it into compost for home gardens.

The debt for nature swap involved one of the most extensive ocean-mapping projects in the world, second only to the Marine Spatial Plan completed by Norway. The process took several years to finish as a team worked to pinpoint which high biodiversity areas should be protected while trying to minimise economic damage to existing industries, says Helena Sims, a marine biologist who led the project. 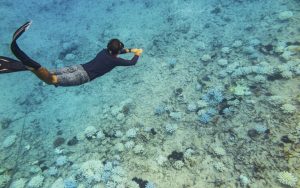 CLEAR WATERS Oceanic nations like Seychelles are among the most vulnerable to climate change because their economies are often almost totally reliant on marine resources. © Jason Houston

This article was originally written for bbc.com by Isabelle Gerretsen on 3rd August 2020

The Debrief: The 20 Most Beautiful Hotels