When we think of Provence we think of villages and fields draped in colour, with sandstone monasteries surrounded by fields of lavender and waterways. It’s the quaint towns that really get to us, they seem to emerge like scenes out of a novel.  We’ve selected our favourites from CN Traveller’s hot list.

‘This quaint little village is at the top of a hill and overflows with cute façades and adorable hidden street corners. It’s not crowded with tourists at all, and remains peaceful and authentic. 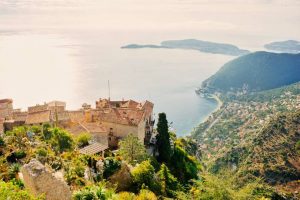 ‘Not far from Nice, Eze is like something out of a Disney movie. Up on a cliff with never-ending views of the sea and narrow medieval streets, it might be small but it’s got some of the best lookout spots on the Riviera. Don’t skip the exotic garden for some of the best.’ 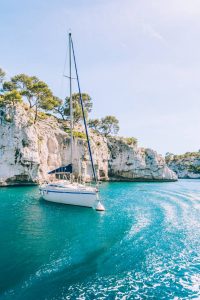 ‘This seaside village has a lovely harbour – get on a boat and sail to the Calanques. Choose a tour with the most stops! You will love these rocky inlets.’

‘Drive along the Route des Crêtes if you’re in Cassis – it’s one of most spectacular drives in France and you’ll get to see beautiful views. The roads are narrow, but do it! Drive as the sun sets and you won’t regret it.’ 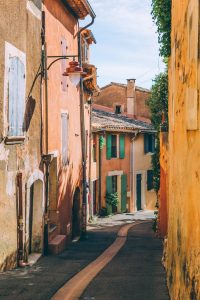 ‘It’s called the red town for a reason – the colours are truly amazing. The town is located right by one of the biggest ochre deposits in the world and all the rust-coloured exteriors make it seem as though you’re living in a painting. Walk the Sentier des Ocres and you’ll feel like you’re walking in a canyon.’ 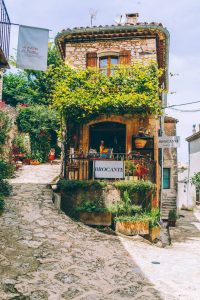 ‘If you’re driving around trying to find nice lavender fields, Simiane-la-Rotonde will definitely catch your eye. This town is on a steep hill but stick with it – there are so many adorable details, pretty doors and little cafés.’

‘Surrounded by the craggy landscape of the Alpilles, this village is very charming and never busy. You’ll find cute cafés and pretty stone façades perched on a hill. Walk up through the village to its little chapel to get the best views.’ 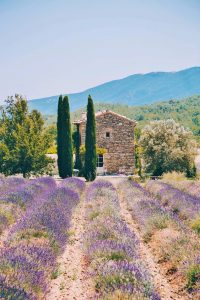 ‘From mid-June till the end of July, you’ll drive past tons of lavender fields if you’re exploring Provence. But one of the places most famous for its lavender is Valensole – visit in the morning to avoid the crowds.’ 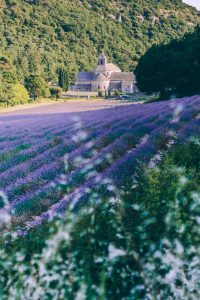 ‘Not strictly a town or a village, but well worth a visit, this abbey facing a huge lavender field is really close to Gordes. Obviously, it is at its best during lavender time, which is from mid-June to mid-July. The drive to get there can be a little scary if you don’t like twisty cliff roads but it’s very much worthwhile.’ 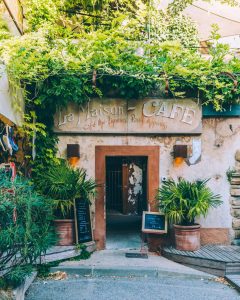 ‘Lourmarin is a town you can’t miss if you’re driving around the Vaucluse. Get lost in the narrow streets, visit the castle, and if you’re there during the summer you can even attend one of the outdoor concerts.’ 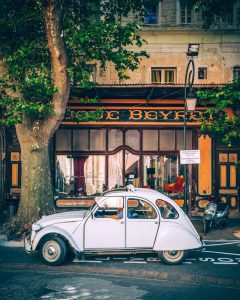 ‘Quite busy on Thursdays and Sundays (market days), this town is generally quiet and lovely to walk around, and it’s wonderful for antique shopping. If you get lucky, you’ll even be able to listen to some great jazz musicians playing in the streets. The river Sorgue surrounds the town centre, making it an island.’ 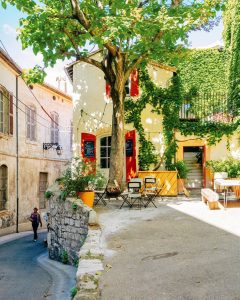 ‘Van Gogh depicted Arles in many of his paintings. Today there are bull runs and bull fights in the big amphitheatre which used to hold ancient Roman games. It’s also the gateway of the Camargue region, so it’s the first footstep towards a different part of Provence.’ 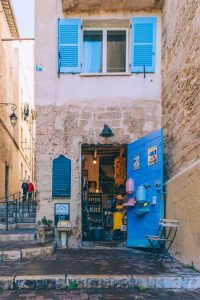 ‘Marseille is one of the biggest and oldest cities in France, and there are magnificent views of the sea from all over the city.’

The Most Beautiful Places To Visit In France