France has some of the most beautiful places to visit. Whether you choose a seaside town or meandering fields of Lavender, there is something for everyone. France’s exceptionally diverse attractions add up to a joyous fête of unimaginable marvels. CN Traveller lists their top 15 favourites. 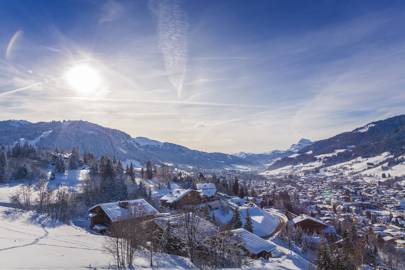 Once a sleepy agricultural tannery town, this exclusive sunlit resort, launched by Baroness Noémie de Rothschild to rival Saint Moritz a century ago, still draws an affluent crowd who come for a fix of old-fashioned charm. Surrounded by majestic peaks and views of Mont Blanc, Megève’s storybook atmosphere – snow-covered pines, jingling horse-drawn carriages, an illuminated cobblestone main square – is also a joy in summer, when the hiking trails are dotted with wildflowers. Book a stay at Les Fermes de Marie, the town’s uber-stylish 70-room hamlet of Alpine farmhouses, and get slathered with edelweiss-derived beauty products at its Pure Altitude Spa.

The Best Italian Islands to Visit

The Prettiest Greek Villages to Visit

The Most Beautiful Beach Towns in the World