With five events taking place in SailGP’s first full year of action (2019), and seven going ahead last year, 2022 promises to be the global championship’s biggest year to date – with eight events scheduled between March and November.

Following the culmination of the AustraliaSGP in Sydney, there is now an agonising wait until the next, and last event of Season 2.

The United States Sail Grand Prix is scheduled for 26-27 March and will take place in San Francisco, one of the initial host cities from Season 1. SailGP’s return to The Golden City will see the final thrilling fleet racing of the campaign, before the top three teams in the season rankings go head-to-head for the Championship in the winner-takes-all Grand Final.

There is a chance for home team glory with the United States SailGP Team already guaranteed to take part in the Grand Final, having booked their place at the AustraliaSGP, along with the Aussies themselves.

This means there is only one place left in the Grand Final, and we are sure to see some of the most thrilling racing of the season in San Francisco. 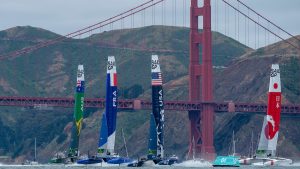 There won’t be long to wait after the campaign closes in San Francisco for the action to get back under way, as Season 3 begins just over a month later. SailGP returns to Bermuda, the venue of the Season 2 opener, to kick off the new campaign. Six other events are scheduled throughout 2022.

SailGP 2022 boasts not only more events but also more teams.

The additions of teams from Switzerland and Canada have already been announced, and the two new teams will begin racing at the Season 3 opener in Bermuda.

From six teams in Season 1 to eight teams in Season 2, the rapid growth continues with the SailGP fleet to comprise a remarkable ten teams come the beginning of the new season.

The worldwide championship has already seen a visit to a number of iconic locations, including Sydney, Saint-Tropez and San Francisco.

Shortly after kicking off Season 3 in Bermuda, SailGP will visit Chicago for the first time to race on Lake Michigan for the United States Sail Grand Prix | Chicago at Navy Pier. Following a second successive event in Plymouth, United Kingdom SailGP heads to Copenhagen for the DenmarkSGP in August. A returns to Season 2 host cities Saint-Tropez and Cadiz follow, before a debut visit to the UAE for the inaugural Dubai Sail Grand Prix in November. 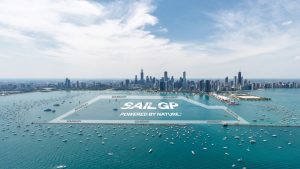 We might all be incredibly excited for the fully-loaded year, but we can’t deny 2021 was also a thriller.
The seven events played host to some truly breathtaking racing. Of course there was controversy, and there were collisions and capsizes galore.
Choosing a single highlight from 2021 was always going to be a difficult task, so SailGP put the athletes up to that very challenge.
Find out their answers below.

It is so hard to pick just one but if you had to, what would your favorite #SailGP moment of 2021 be? 🤔