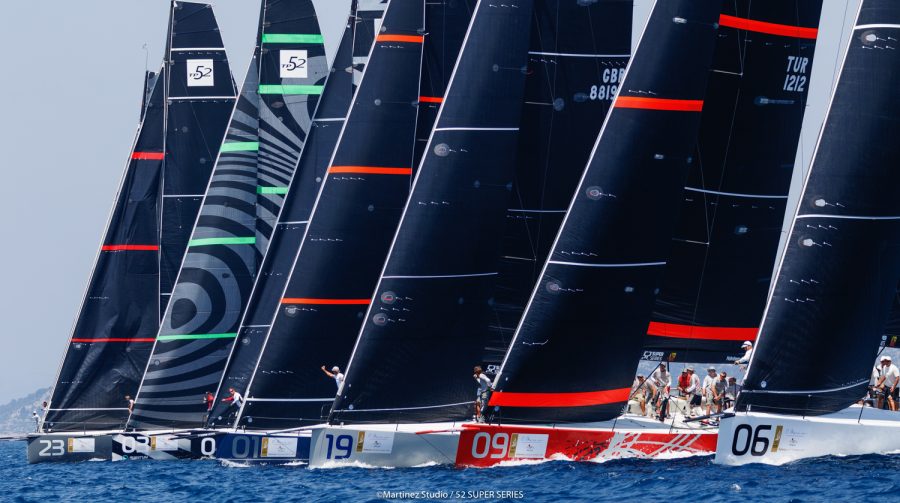 The biggest ever fleet of TP52s will meet on the Bay of Palma in August in Mallorca, Spain between 24-28 August to celebrate 20 years of the enduring international box-rule class.

The Puerto Portals 52 SUPER SERIES Sailing Week and TP52 20th Anniversary Invitational is a five-day event, which will welcome back nine circuit-regular teams after an extended hiatus to open the truncated, short, intense 2021 season. These teams will be joined by an additional eight TP52 20th Anniversary Invitational entries, which between them span almost the entire history of design generations that have been active in the Mediterranean.

From the original Aifos, which was one of the “founder members” of the TP52 Mediterranean fleet, through to Karl Kwok’s successful Beau Geste designed as the Brazilian-flagged Onda for the 2018 circuit, the fleet will race under IRC handicap.

The invitational fleet will feature many top international crews as well as semi-professionals and amateurs who are keen to not just benchmark themselves against the top 52 SUPER SERIES teams, but to also enjoy the unique atmosphere of Puerto Portals. This venue has hosted and supported the Mediterranean TP52 fleet since the inaugural year of the MedCup in 2005.

Racing will run from Tuesday 24th to Saturday 28th August. The Invitational and 52 SUPER SERIES fleets will race on the same courses with different start times, but there will be racing for the combined fleet on Monday for the Official Practice Race and on Friday for separate trophies.

Viewers around the globe will be able to follow the racing LIVE on 52 SUPER SERIES TV, with all the action streamed LIVE from the Bay of Palma racecourse over the final three days of racing.

The 52 SUPER SERIES will once again incorporate the popular Super Sustainability Day, sponsored by 11th Hour Racing. The event has proved fun and informative at previous regattas and will encompass light-hearted, inter-team competition including stand up paddle-board (SUP) racing, environmental quizzes and discussions on key sustainability issues and initiatives.