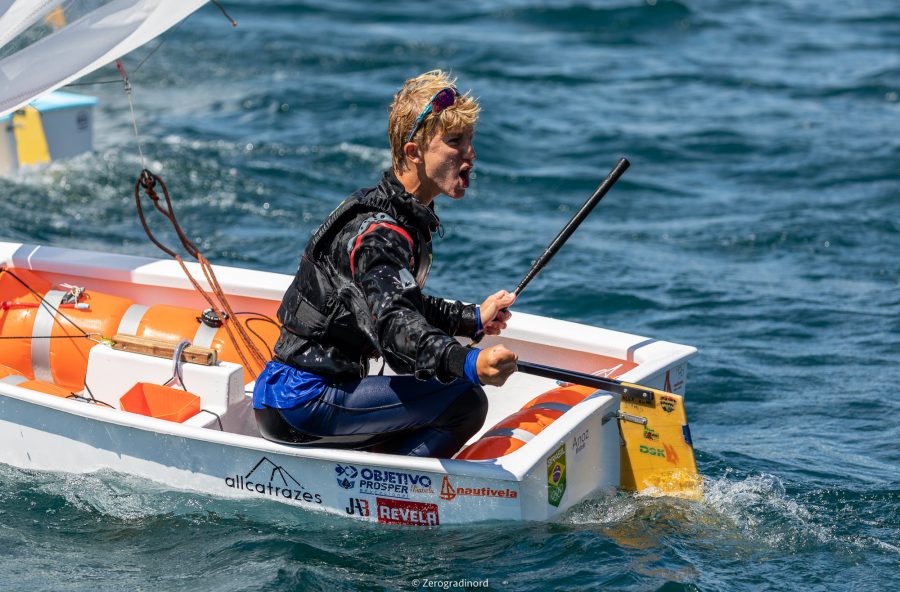 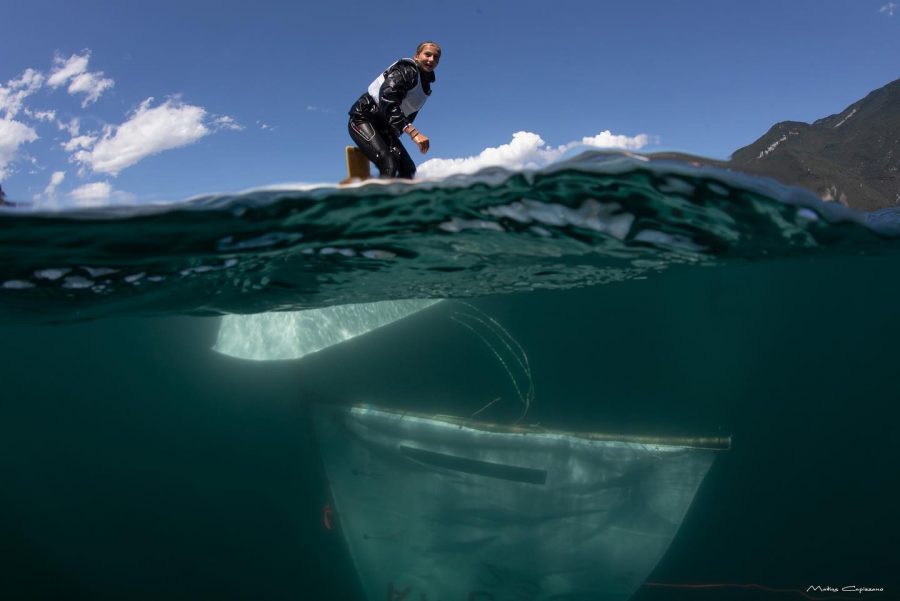 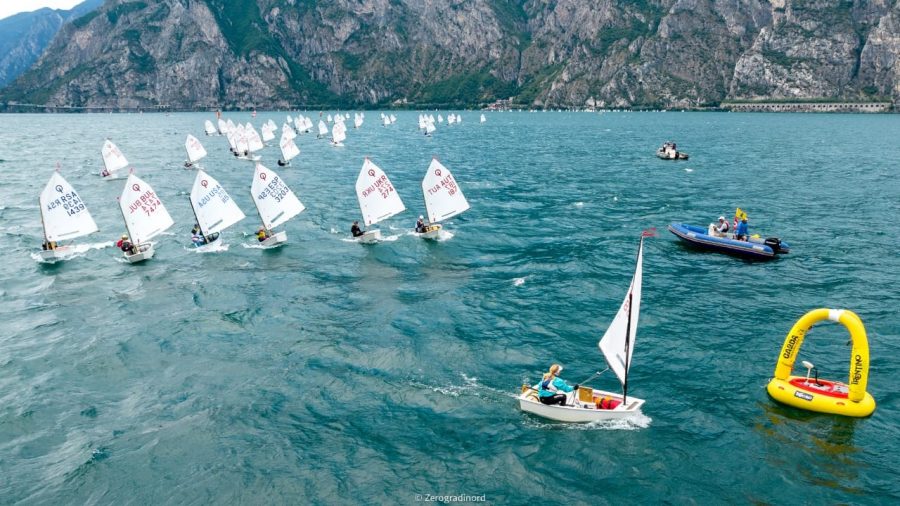 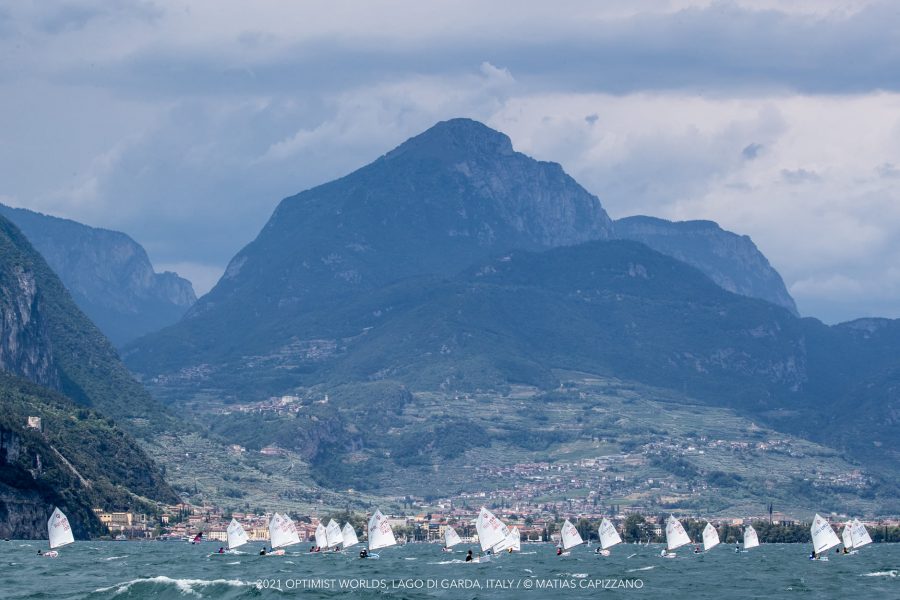 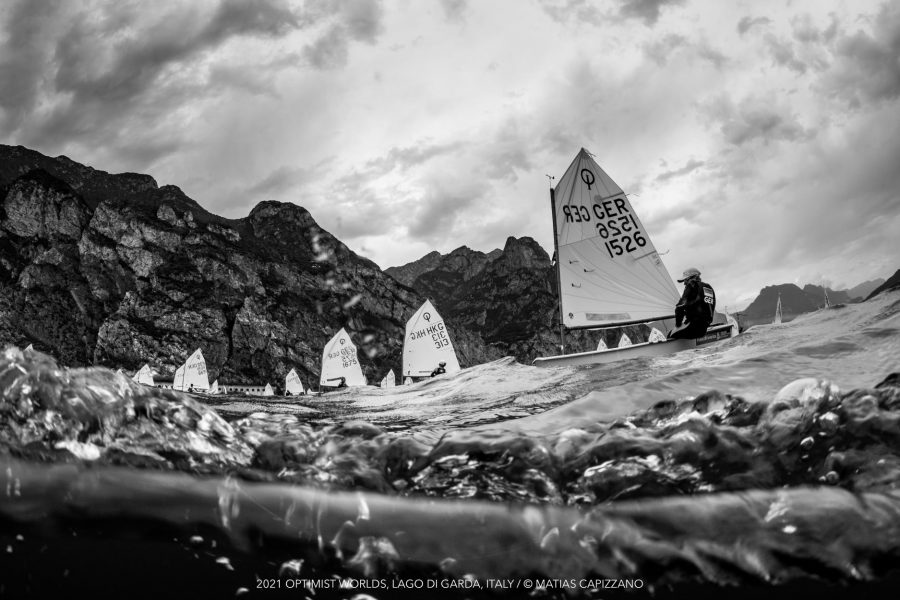 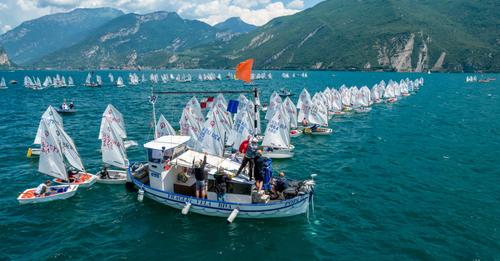 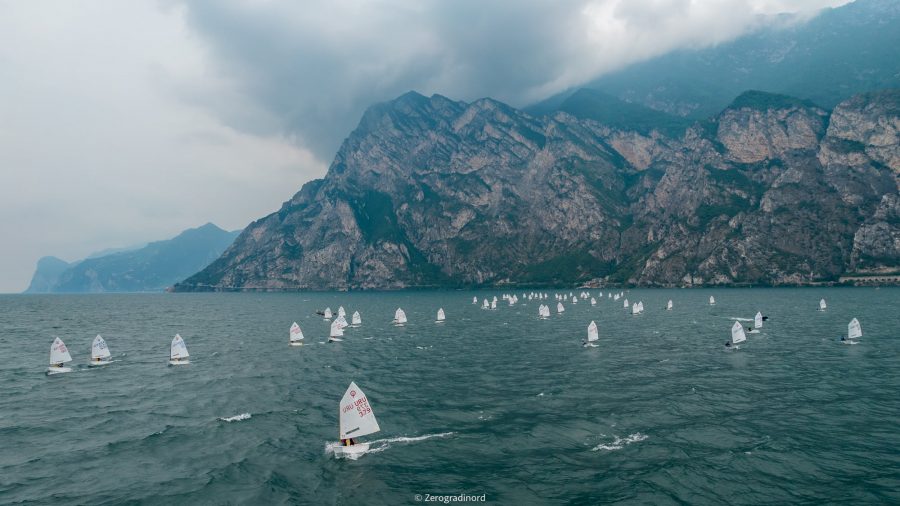 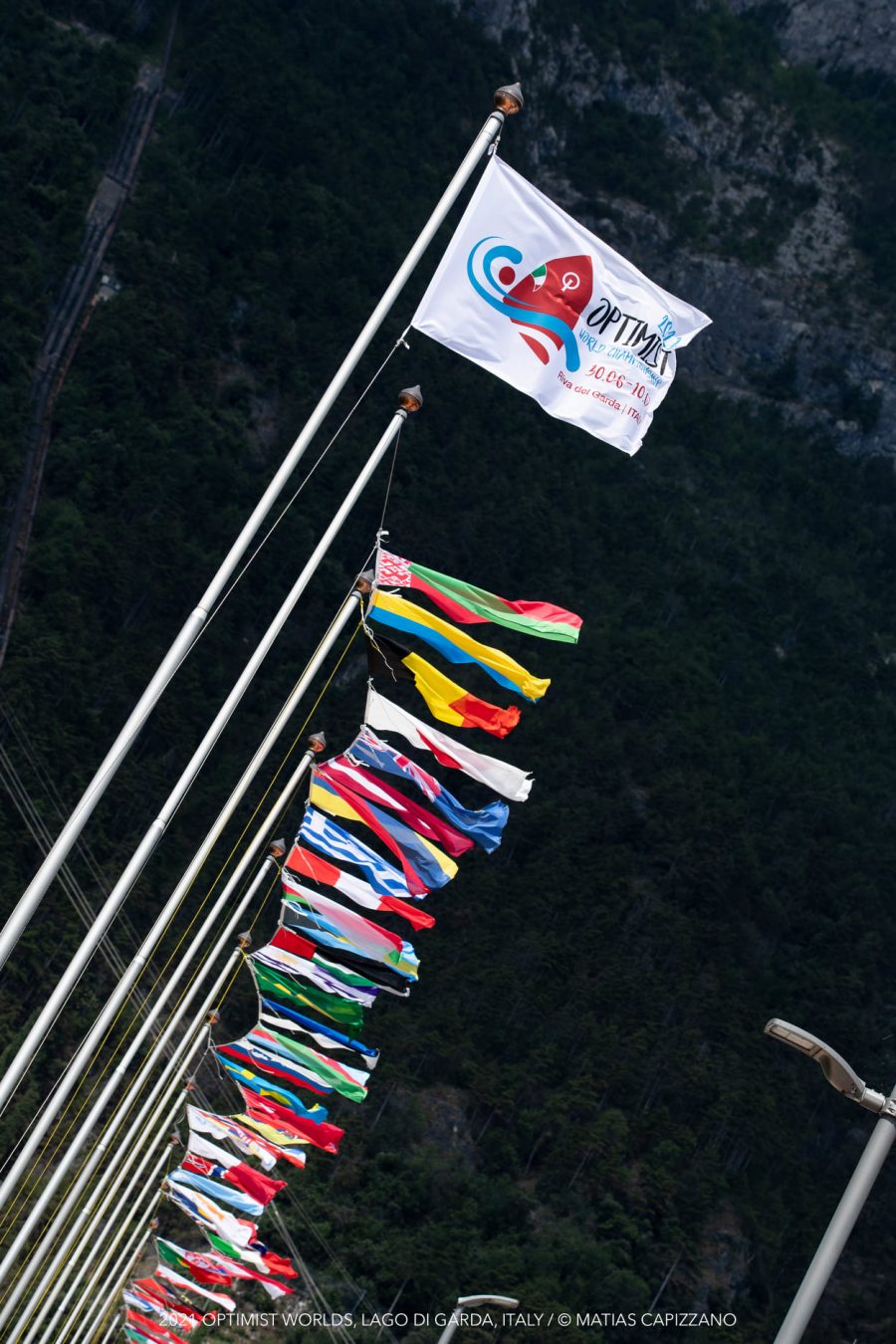 Led by Manager Stefan Falcon and coached by top South African sailor Mark Sadler, Team RSA included Nicola Sadler who had been placing very well in European events, Sean Kavanagh who is no stranger to international Optimist sailing, Elisa Falcon, who has put in an incredible effort of late, and Theo Scheder-Bischen.

Although the team may not have been altogether happy with their final places, they must consider that sailing in these big fleets is a far cry from the sailing they are used to. Even Nicola Sadler, who regularly sails in Europe, realised that big fleet sailing at this event was a whole other level. 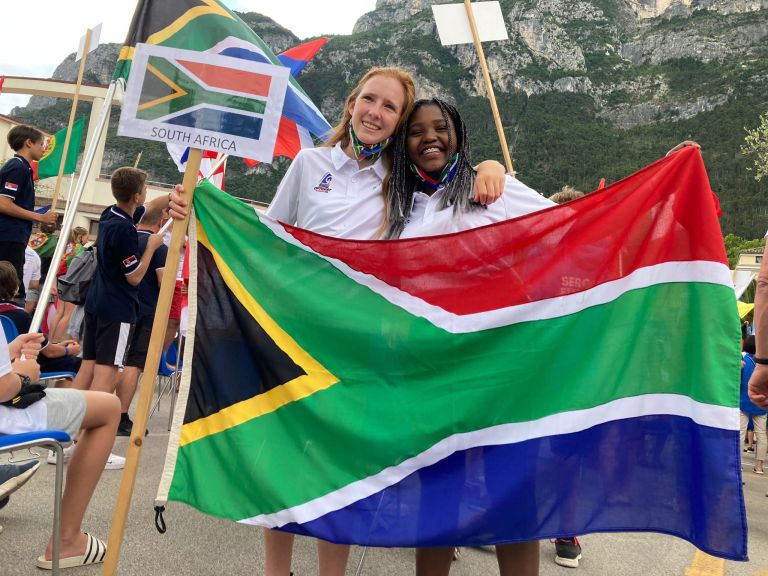 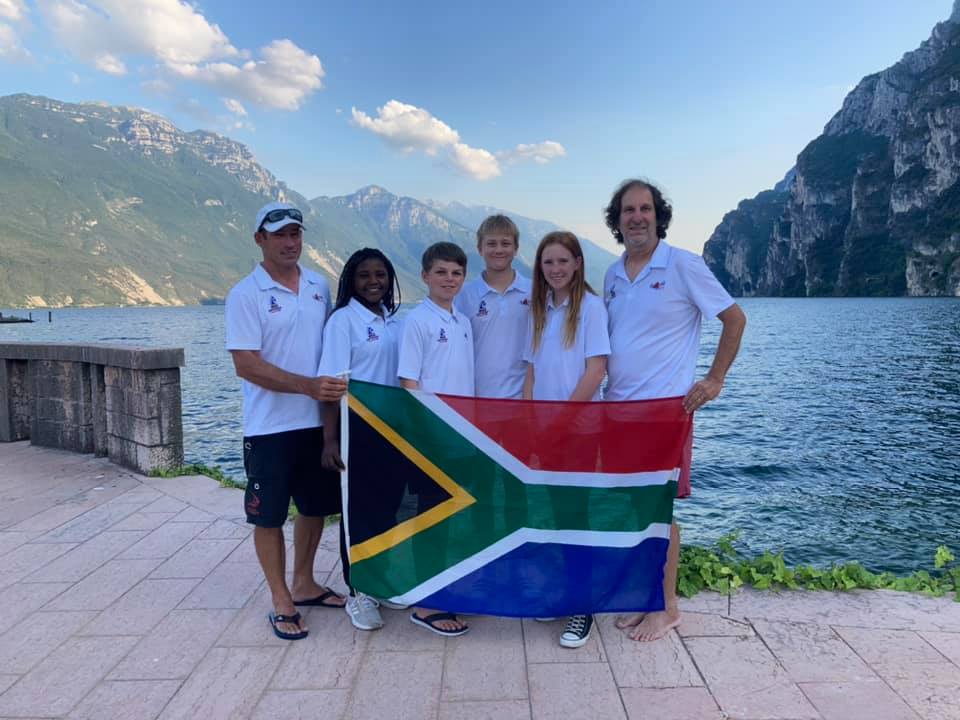 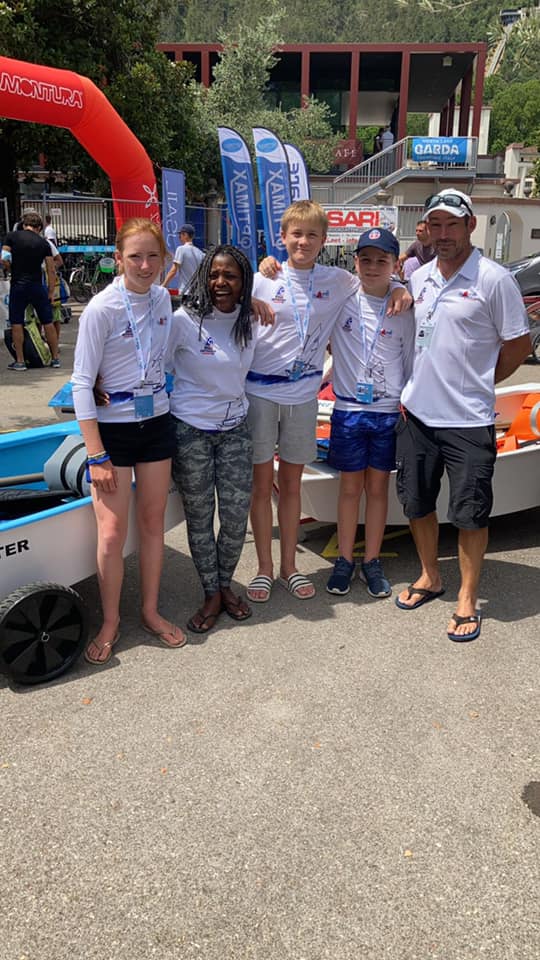 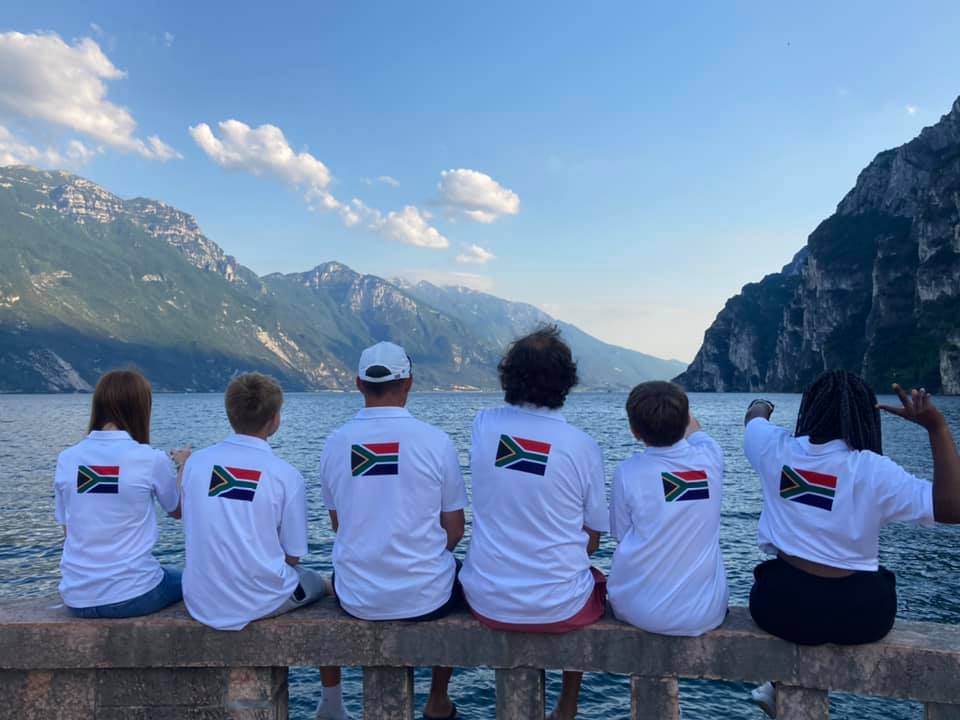 Extract from their blog going into the final day of racing

Following the excitement of the team racing it was back to fleet racing with the sailors competing in Gold, Silver, Bronze and Emerald fleets based on how they did in qualifying. Following her consistent top 20 results Nicola was comfortably in the Gold fleet, Sean solidified his place in Silver fleet with his 9th place in the last qualifying race and Elisa and Theo were in Emerald.

Two races were sailed for each fleet in Wednesday. Starts were tough as always with the sailors fighting for every inch. The plan was to fight for first row starts near the favoured end of the line. Find a good lane after lane of clear air and sail on the lifted tack to the favoured side of the course. Easy on paper! Extremely difficult to execute in reality. There were bands of lifted breeze on both sides of the course and a relative header in the middle. Picking a side and committing was key.

Many challenges on day 1

Nicola quickly found out that there were no lemons in gold fleet and that it would be tough whether you were front middle or back. She finished mid fleet in her first race in gold and an excellent 19th in the second.

Sean was a bit overeager in his first race in silver fleet and got a U-Flag and max points. In his second race he was reminded that while it is tempting to keep your head in the boat to ensure you are sailing fast in a tight groove, getting your head out of the boat, identifying wind shifts and clean lanes of air are what get you to, and keep you at the top of the fleet. Unfortunately, he sailed on too many headers, in poor air at times and crossed the middle of the course too often. These are valuable lessons that are hard to learn training in small groups on the Southern tip of Africa. Sean finished a disappointing 49th. But as Jimmy Spithil said many times during the Americas Cup “If you are not winning, you are learning”

Elisa and Theo both posted some better finishes in on the day. Elisa getting her first top 20 of the regatta with a 17th in the first race of the day and Theo a 40th in the second race of the day. 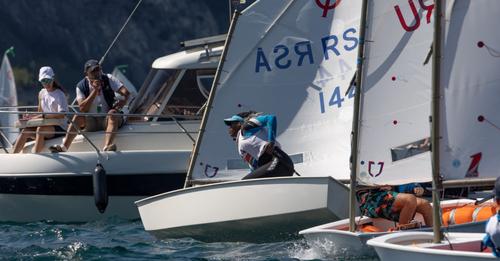 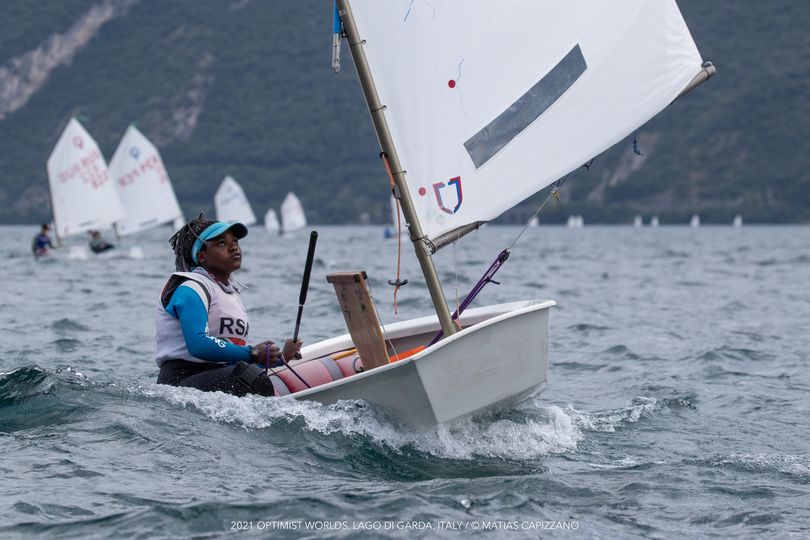 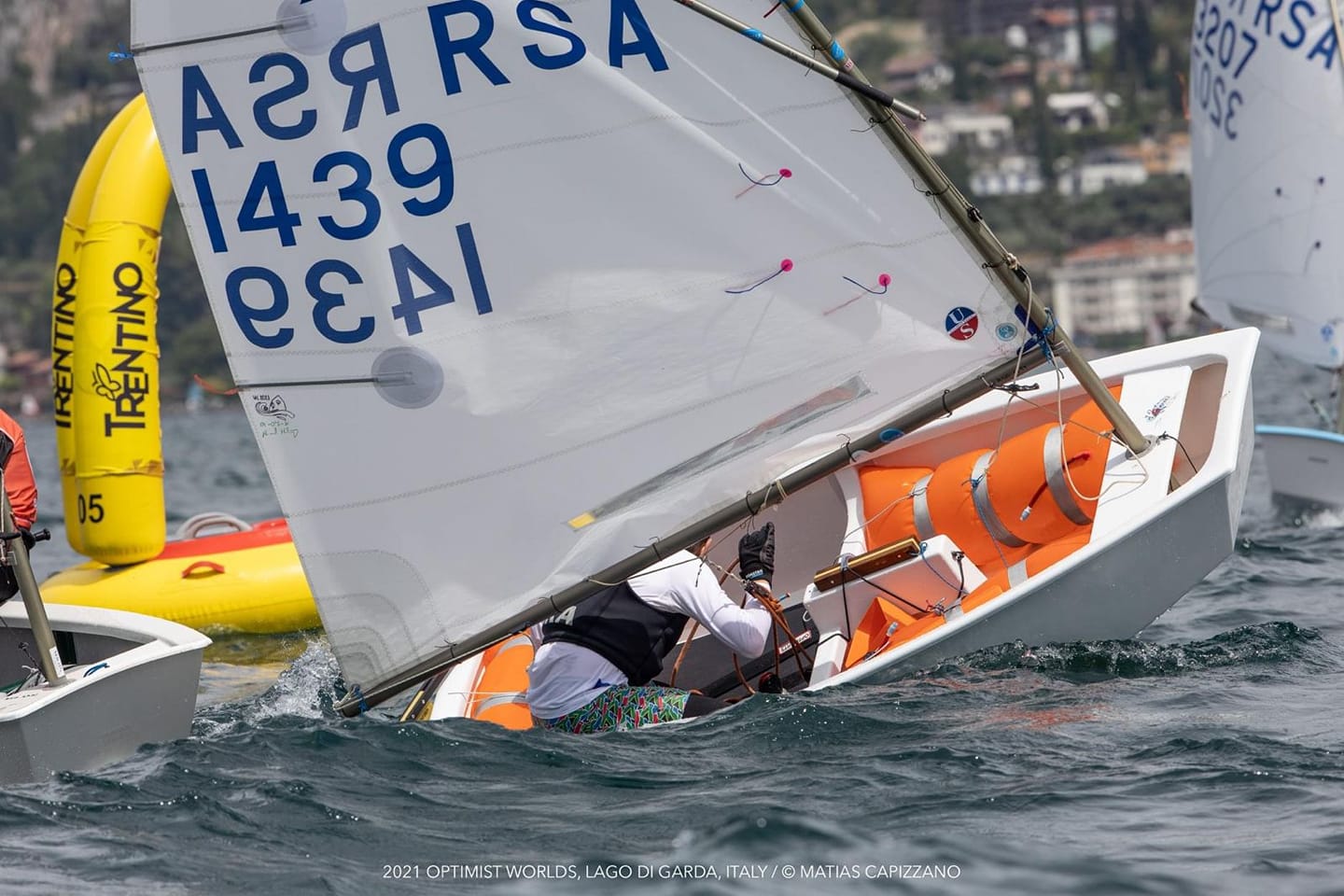 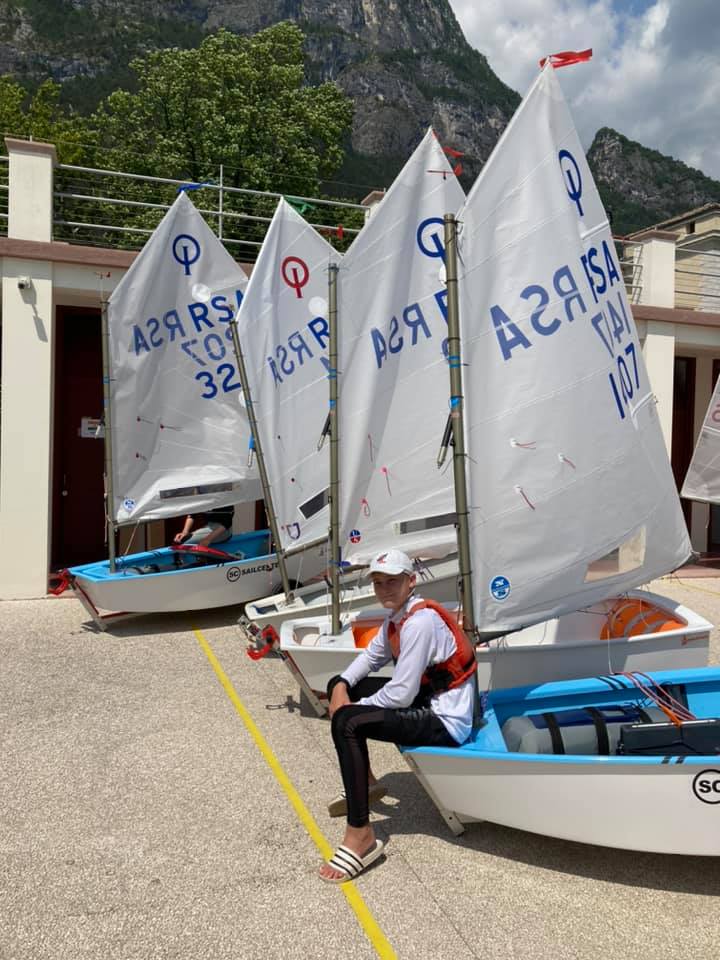 Day 2 in the finals

On Thursday the plan was to go for three races in each fleet. The start time was moved up a little and this gave the race organisers a chance to get a race in the morning breeze locally known as the Peler.

Nicola had a tough race as she seemed to be a little late getting up to the start line. She tried to escape on port but found too much starboard traffic. She sailed well to stay in touch with the fleet despite living in skinny lanes and being forced to the left side. In the end she lost a few places on the last beat and posted a disappointing 39. Being the smart sailor that she is, she will no doubt learn from this one.

Sean had his best start of the regatta and lead the fleet to the right. Unfortunately, the wind went a little left and there appeared to be a touch more pressure on the left. He did well to limit the damage and rounded the weather mark in 10th. Approaching the leeward gate he was up to 5th but lost a few positions making a late decision to go for the left gate (looking upwind) and rounding on the outside. The left was the correct side however Sean seemed reluctant to commit and put in too many tacks, crossed the middle and approached the finish on the starboard lay line. Had he committed to the left a top 10 was very doable, however he finished in 20th, a huge improvement from yesterday and a confidence boost going into the last day.

Elisa was sharp at times and finished in a creditable 31st, while Theo struggled in the dying Peler and finished down the fleet.

One more day to go

There is a day to go in the regatta. The sailors will want to finish on a high note tomorrow. The race committee is asking for an early start and would like to get three races per fleet. After racing there will be a rush to hand back the charter boats and pack up, prize giving and then the greatest fun of all, trading! This is where the sailors swop their t-shirts, rash vests, caps and just about anything tradeable for those of their new friends from around the world. Great anticipation.

SailGP | Racing On The Edge Episode 2