High-performance, purpose-designed watches are revealed as preparations continue for the 36th America’s Cup.

Since watch fans caught a glimpse of the Submersible Luna Rossa – 47 mm at the Salon International de la Haute Horlogerie in Geneva earlier this year, Panerai has been putting the finishing touches to a collection inspired by its partnership with the Challenger of Record of the 36th America’s Cup. Panerai is the official sponsor and the official watch for the Luna Rossa Challenge.

Differentiating factors on the outside are their colouring, which ties in with Luna Rossa’s new colour code. On the inside the new Luminor watches feature materials selected and validated by the Panerai Laboratorio di Idee for lightness, sturdiness, and resistance to stress and corrosion. This is a direct link to the composites and metals tested on yachts participating in the America’s Cup. The watches incorporate Carbotech (layers of carbon fibres bonded and reinforced by polymers), high-tech ceramic and Grade 2 titanium, which is also used in the construction of the Luna Rossa AC75. What’s more, they feature the same sail material on the dial.

Timepieces in this collection feature practical complications such as the regatta countdown, flyback chronograph and the GMT, which can be set to the Auckland time zone during the New Zealand regattas.

Water-resistant to about 300 metres, the new Luminor Luna Rossa watches are supplied with a “Ponte Vecchio” black calf-leather strap with white stitching, and an additional strap in black rubber. Proud owners will receive their new acquisitions in a special box, branded with the Panerai and Luna Rossa logos, including a certificate to confirm the authenticity of the sailcloth also used on the dial.

Panerai was founded in Florence in 1860 as a workshop, shop and school of watchmaking. It supplied the Italian Navy in general, and its specialist diving corps in particular, with precision instruments for decades. Innovations developed by Panerai at that time, including the Luminor and Radiomir, were covered by the Military Secrets Act for many years and only revealed to the international market after the brand was acquired by the Richemont Group in 1997. Today Panerai develops and crafts its movements and watches at its Neuchâtel manufacture. 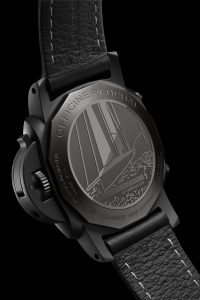 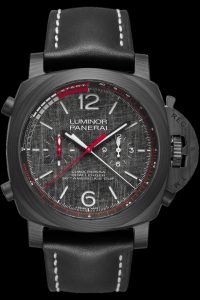 Follow Panerai on its social media channels for more updates. 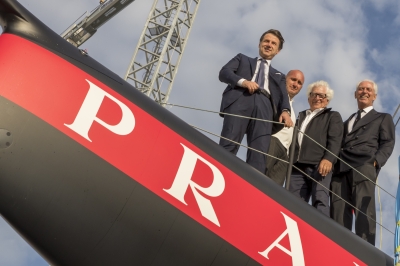 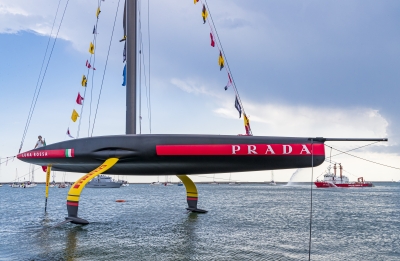 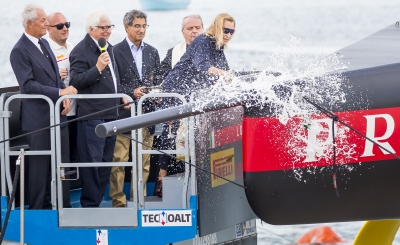 A Car You Need or a Car You Desire?