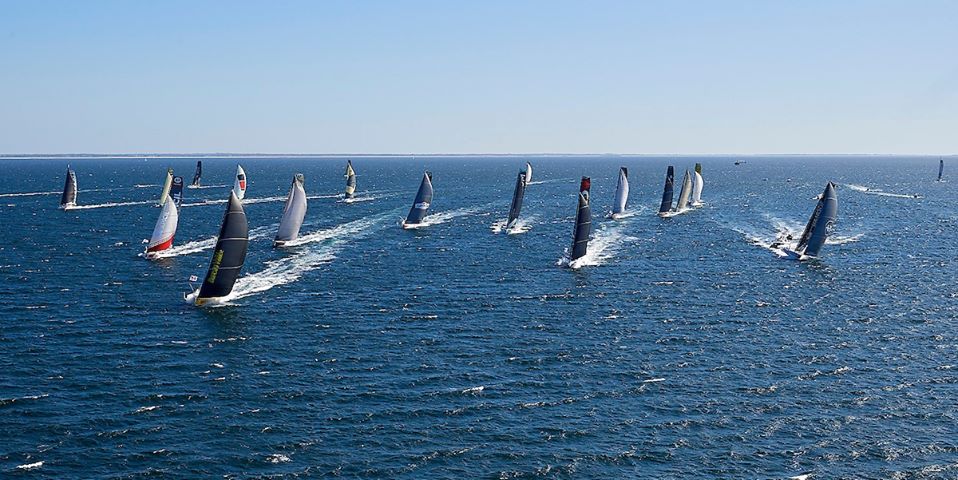 A BRAND NEW RACE FOR THE IMOCA BOATS

The horizon is starting to look clearer for those aiming to compete in the 2020 Vendée Globe. On 4th July, they are due to start the Vendée-Arctic-les Sables d’Olonne, a 3600- mile solo ocean race around a big triangle reaching up to the limits of the Arctic Circle.

The IMOCA and the organisers of the Vendée Globe looking towards the same goal At a moment in time when the skippers and their teams are starting work again, the prospects are looking good for the organisation of the Vendée Globe this autumn and the announcement of a summer race starting from Les Sables d’Olonne has brought a breath of fresh air to the projects. Most of the sailors have not sailed for months and they are all in a hurry now to be able to enjoy the sea and racing.

For several weeks, the IMOCA class and the organisers of the Vendée Globe have been busy finding a replacement for the two solo transatlantic races, which were unable to take place as planned this spring. This alternative has taken shape and has become the Vendée-Arctic- Les Sables d’Olonne. This event was conceived around a 3600-mile long race course, representing ten to twelve days of solo sailing for the first time on IMOCA boats between the coast of France – with the start and finish in Les Sables d’Olonne – the West of Iceland and the North of the Azores. The final list of entrants will be revealed in early June. Permits have already been applied for from the authorities with the support of the French Sailing Federation (FFVoile).

A brand new race course
“This will be the only solo competitive and technical offshore race that the skippers will be able to take part in before the start of the Vendée Globe on 8th November, and that is why it was so important to ensure it takes place,” explained Jacques Caraës, Race Director for the Vendée-Arctic-les Sables d’Olonne and the Vendée Globe. “In terms of racing, the sailors need to be in solo mode. Technically, they need to validate the modifications carried out this winter in the yards. Finally, it will also offer eleven skippers * the possibility of qualifying for the solo round the world race.”

In this race, the fleet will have to sail up to the latitude of 65 degrees North on the edge of the Polar Circle, which is further north than Cape Horn is to the South. “This is an ambitious course,” added Jacques Caraës. “With a 3600-mile long triangular course (around the same distance as a transatlantic crossing), the idea is to sail up to pick up the active weather systems in the North of the Atlantic and to get the boats sailing in various points of sail and in a wide range of conditions. With ice present to the west of Iceland, we will have similar constraints to those found in the Southern Ocean. We are going to have to put an exclusion zone in place to avoid the drift ice.” The aim of the IMOCA class was to ensure that the fleet would encounter a range of conditions and situations to allow them to find their feet before the race around the planet this winter.