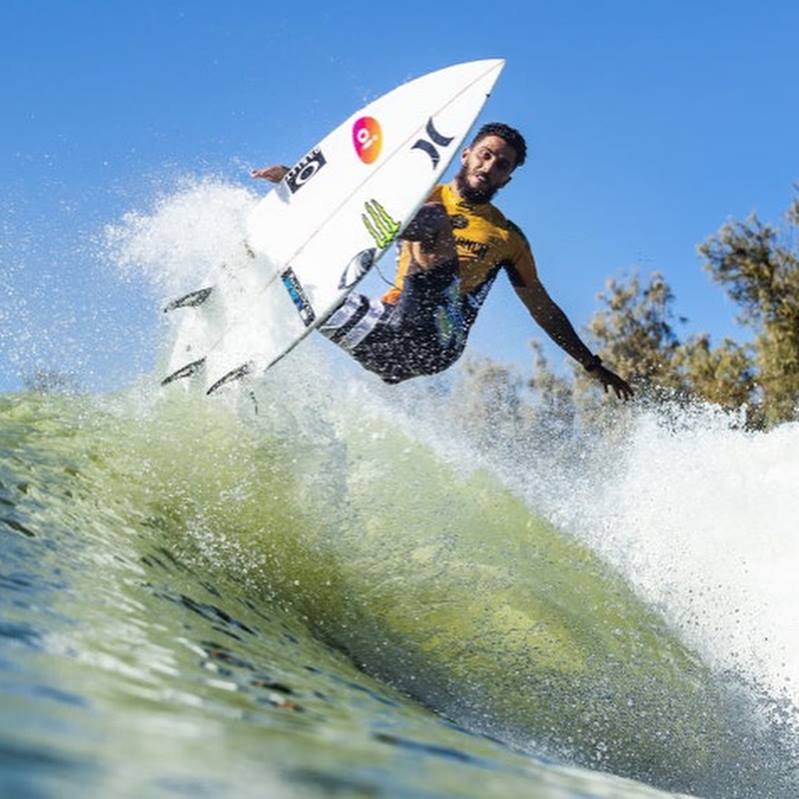 The only man-made wave on the WSL Championship Tour, the Surf Ranch in Lemoore, offers a competitive environment unlike any other in the world.

What is the Surf Ranch?

Located more than 100 miles from the Pacific Ocean, in the heart of California’s agriculture-rich Central Valley, the area is known more for producing country western stars like Merle Haggard than it is surf stars, but that’s the beauty of it all. Located three hours north of Los Angeles and three hours south of San Francisco, it’s introducing surfing to people that never thought they’d be riding waves.

The wave itself — which offers both a left and a right — is a 600-meter long swell which offers spinning tube sections, open canvases for full-rail power manoeuvres, as well as pun-table sections for lofting airs.

How was the idea born?

The manifestation of the dream of eleven-time World Champion Kelly Slater, in 2006 he shared his vision with Adam Fincham, PhD., a Professor at the Viterbi School of Engineering (USC) and an expert in fluid dynamics. The two jumped into the deep end, seeking to develop a man-made wave the likes of which the world had never seen.

For decades the idea of holding surfing competitions in man-made waves has been toyed with, and in 1985 at the Wildwater Kingdom amusement park in Allentown, Pennsylvania, Tom Carroll defeated Derek Ho in the first-ever Championship Tour contest held in artificial waves.

The Jeep Surf Ranch Pro is a pivotal stop in the race for the 2021 World Title. Moore currently sits atop the WSL Leaderboard and will be looking to extend her lead over the field.

For the men, Brazil’s Gabriel Medina holds a lead over a hungry pack of rivals in the race for the Final 5. Last year, he posted a 9.93 in the final at the Surf Ranch and back-to-back wins here.

The format of the Jeep Surf Ranch Pro is as unique as the wave itself. The only contest on tour that features a leaderboard format, it’s a departure from the regular bracketed surfer-on-surfer format.

The Jeep Surf Ranch Pro runs from June 18-20. Tune into WorldSurfLeague.com to watch live or on demand.