What a weekend it was at the PRADA Cup Challenger Series! From what was considered to be the ‘underdogs’ – INEOS Team UK  – cleaning up on the score board, to the dramatic capsize of New York Yacht Club American Magic.

The first 2 Round Robin events provided great entertainment. From dramatic light airs where the boats struggled to get up on the foils, with fears that the racing wouldn’t finish within the race time limit, to the opposite end of the spectrum where the gusty conditions ensured on-the-edge manoeuvres.

From zero to hero

After a dismal America’s Cup World Series in December, it was feared that the Cup was not in the reach of the Brits. But don’t ever write off Ben Ainslie! He is known to hunker down when times get tough. He rallied his team of top engineers and designers to push the limits on everything, not to stopping till they saw real improvement.

So where did INEOS Team UK‘s new gear come from? Commentators, and sports journalists alike have been analysing what could have happened to ensure this kick into extra gear. It was later accepted that every possible thing that could have been changed on the boat, was changed! And a little help also came in the form of the F1 Mercedes Benz team. But don’t think the other teams haven’t been checking on every little detail to ensure that these changes were made within the rules. It is the America’s Cup after all. 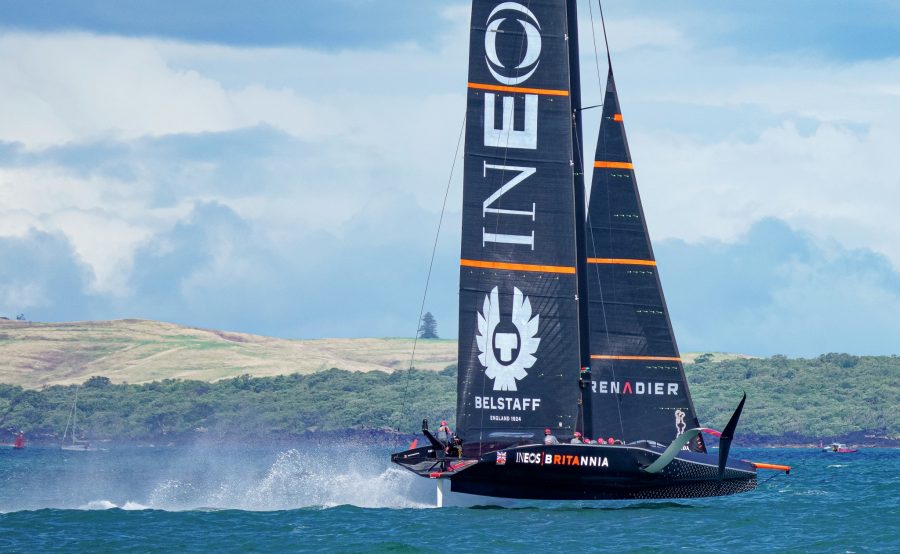 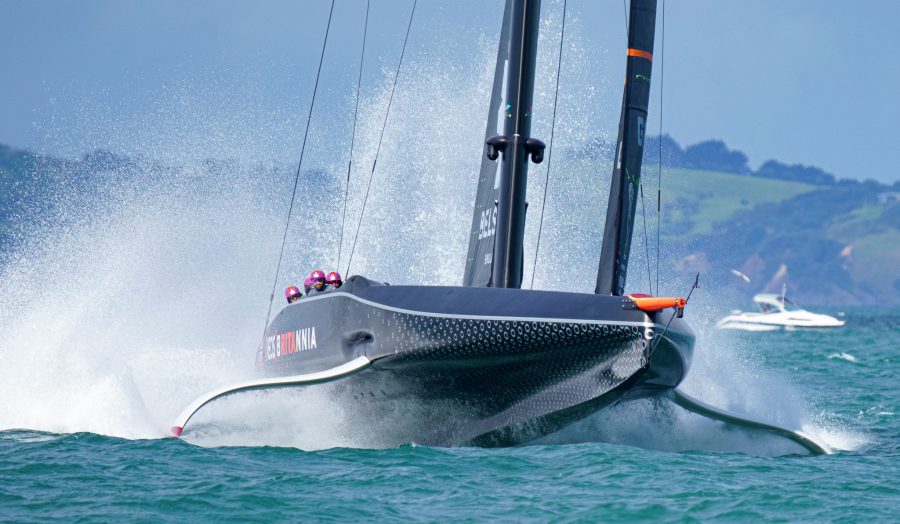 A flight to remember

Who will ever forget the images of NYYC American Magic airborne and then come crashing down onto the hard surface of the water? Our hearts were in our stomachs as we saw them launch miles into the air. At that time no-one knew that there was a gigantic hole in the port side of the boat, which was later determined to be pure impact related.

See all the action below.

In a press conference with Terry Hutchinson, he thanked the local rescue authorities and the America’s Cup community who have gone out of their way to support them. Help came in the form of getting the boat to float (a huge effort which required flotation mattresses) and towing her back to the dock. The community has rallied together to offer assistance in the way of resources and skills for the rebuild.

Terry says that true sportsmanship was seen at this time of need. 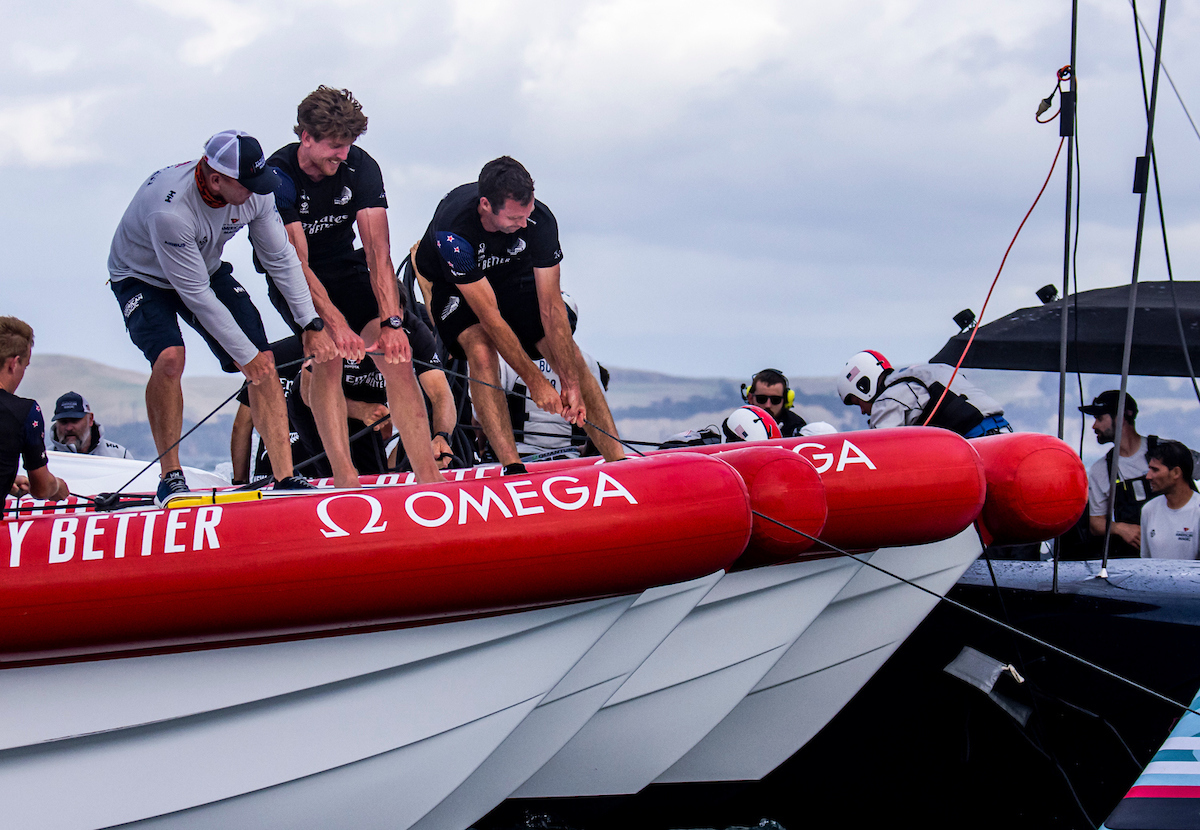 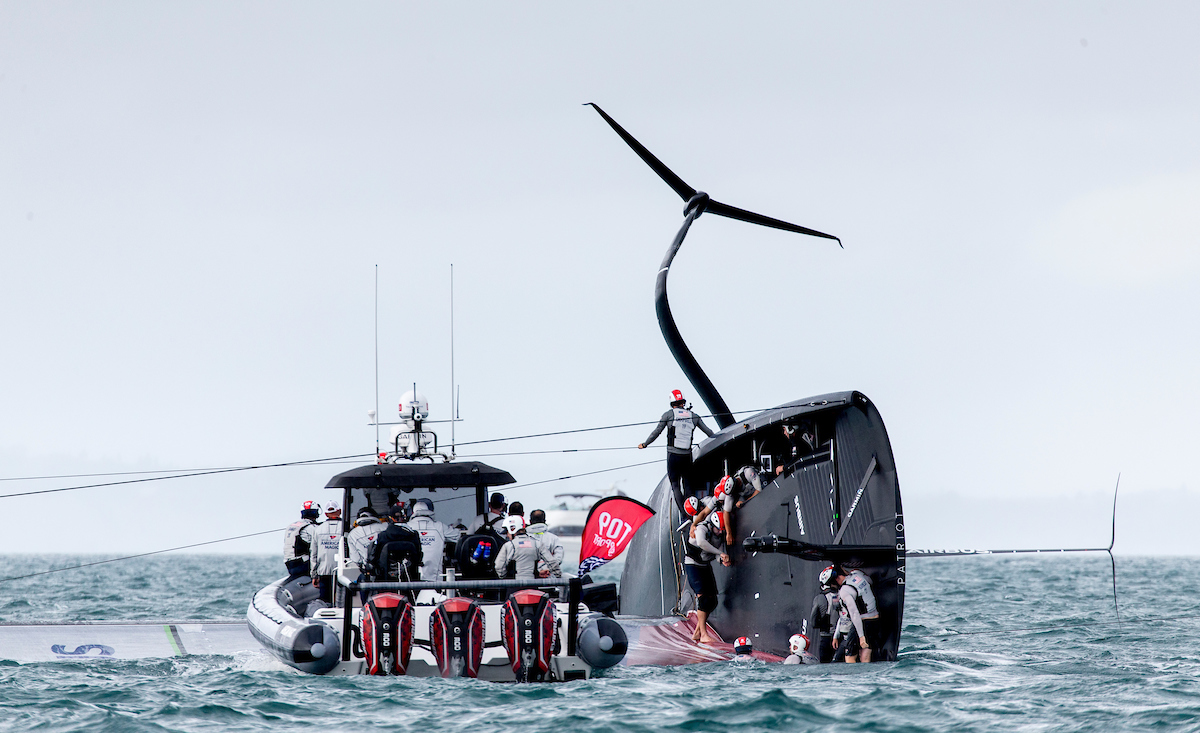 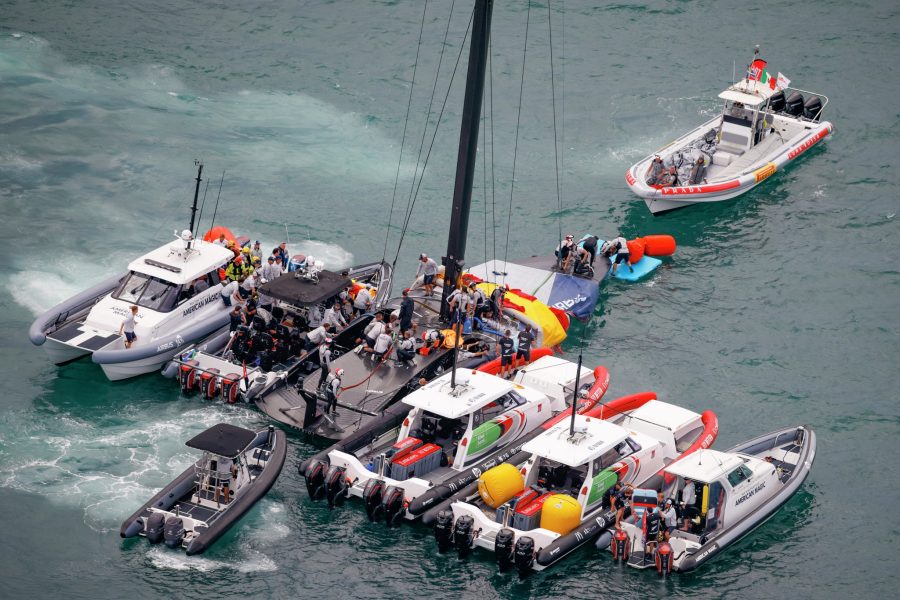 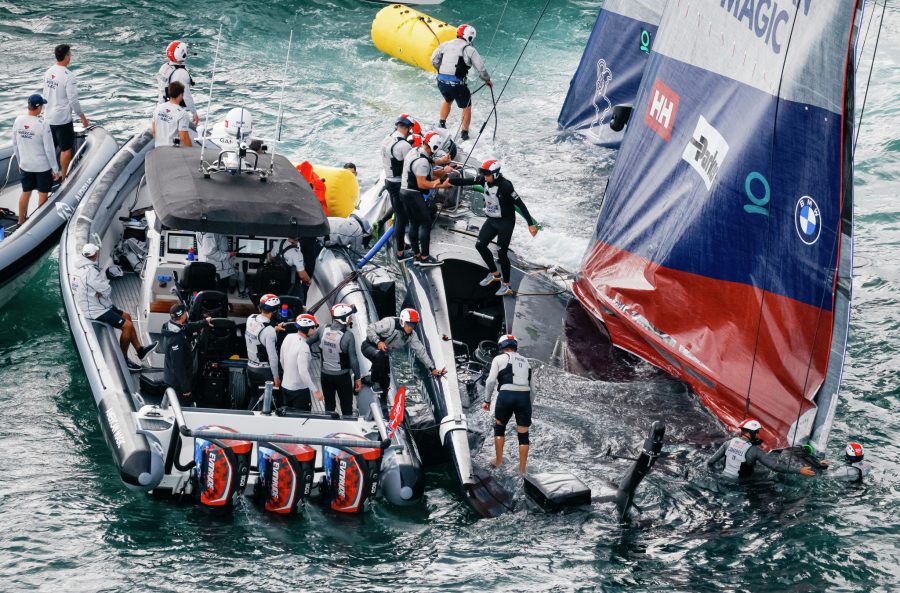 Luckily the hydraulic system seems to be intact, and by using parts from ‘the mule’, Defiant, and duplicate parts on hand they should be able to rebuild the boat.

They have just 11 days to effect these repairs – it’s a stretch but it can be done! American Magic was due to race on Friday, but they have decided to withdraw from the match as they won’t be ready. This gives them 11 days as opposed to 4 days.

The team has reviewed the footage and the comms, and they maintain that they stand by their decision to effect that manoeuvre. At the time the call was made, the wind was light at 9 knots at the gate mark. They entered the area at a speed of 42 knots and by then the wind had increased to 23knots in one single puff. With little option but to bare off due to the encroaching boundary the boat became uncontrollable.

Terry’s stoic attitude is that “we win as a team and we lose as a team. No one person is responsible or accountable, the team operates as one unit”.

Luna Rossa Prada Pirelli had a reasonably good weekend of sailing. They proved that their speed is up to standard and that they too have the big match temperament needed to win the America’s Cup.

With the results showing 2 and 2 – two wins and two losses (the one by default due to American Magic’s capsize) – the Italians showed consistency and great speed, equally matched with INEOS Team UK on their new speedster setting. Cool, calm and consistent – the best way to describe this team with real heart.

The Superyacht Cup Palma is On!