25 November 2019 – This week on the Weekend Wrap-up we get ‘Back to Basics’ with the Hobie Class while following the Novamarine West Coast Offshore, WSL Hawaiian Pro, Slalom Vice World Champs and the Bright Rock TV Players’ Choice awards.

Hosted by Saldanha Bay Yacht Club the Novamarine West Coast Offshore race took place this weekend starting in Table Bay on **. 24 boats started but 11 boats retired followed, and 3 boats were unable to reach the finish before the deadline and the final prize giving. Light winds plagued the fleet in the late afternoon and into Friday night. A good few retired due to the lack of wind while the remaining crews pushed through. 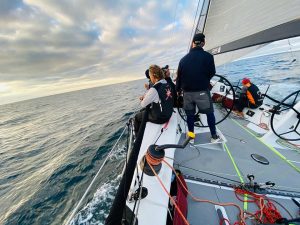 CLASS B:
Tin Tin
Ballyhoo Too

Well done to all the teams who competed and those who managed to finish the race.

Final points up for grabs in the Clipper

One week into the the Marlow Southern Ocean Sleigh Ride and the racing fleet has experienced quite a lull as a high pressure system moves in. The teams are battling it out for bonus points – with three points for first across the line, two for second and one for third,  the bonus points add up quickly and can make a huge difference in the overall standings. Whilst the results won’t be confirmed until three teams have crossed and been verified by Clipper Race officials, it is neck and neck between South African-skippered Zhuhai and Imagine your Korea for the final point on offer.

Track the boats while they make their way to Fremantle.

The Cape Town Hobie Cat fleet took things ‘Back to Basics’ this weekend with the first Hobie regatta to be held at Fish Hoek Beach Sailing Club in many years. With sailors arriving from all over the Cape it was a great weekend to re-spark the Hobie Way of Life in Fish Hoek which lead to some fun racing and happy faces on the water. An impressive show of 20 Hobies took part while Race Officer, Doug Allison signalled from the beach just like back in the day. It was a great weekend for all involved. 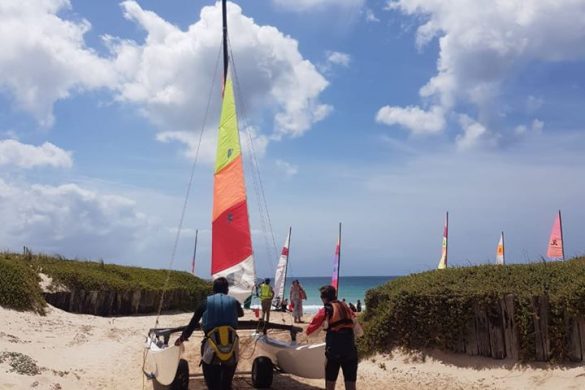 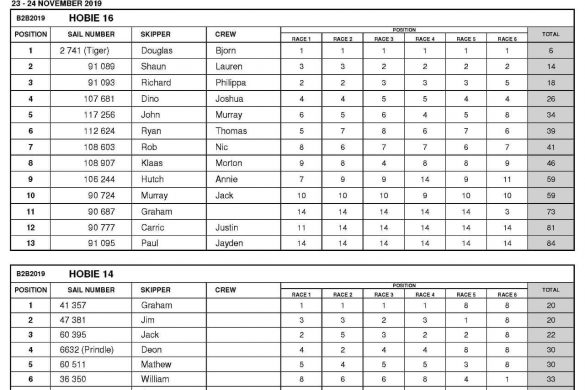 Check out an interview with Delphine, Matteo and Lena Erdil below.

The World Cup in New Caledonia is finished and we have a 2019 Slalom World Champion – Big congrats to Delphine Cousin Questel! Also congrats to Matteo Iachino Ita-140 for becoming Vice World Champion!Check out an interview with Delphine, Matteo and Lena Erdil. Filmed by PWA World Tour Windsurfing

Frederico Morais carved his way to victory at the 2019 Hawaiian Pro, in Haleiwa, on the North Shore of Oahu. The Portuguese surfer claimed the first jewel of the Triple Crown of Surfing after a convincing performance in a four-man final. Morais, who just qualified for the 2020 WSL Championship Tour, has locked in one of the most important victories of his career.

“It’s good to be back in Hawaii. After three finals, it feels good to win here and be back on tour. It was tough last year, but it’s been an amazing journey,” said Morais.

Brightrock Player’s Choice awards 2019 – South Africa’s 2019 Player of the Year and other rugby peers recognised at the inaugural BrightRock Players Choice Awards. The BrightRock Players Choice Awards are the first-ever awards for professional rugby players by professional rugby players. The players themselves have designed the awards to precisely match their needs and wants when it comes to recognising excellence on the rugby field.

Podcast With The Pro: Rick Tomlinson