The Weekend Wrap-up 17 February 2020 – Langebaan Yacht Club hosted the Hobie 14 Western Cape Provincials, the Royal Cape Yacht Club Academy took on Team RSA in match racing, and The Two Oceans Aquarium’s annual Turtle Road trip began their journey up the East Coast to spread the word on turtles. The Investec Cape Town Arts Fair took place at the CTICC and South Africa’s Miss Universe was welcomed home! On the international front we catch up with the 49er and Laser Standard Worlds in Australia, WATCH the WSL Highlights from Ramzi Boukhiam’s spectacular win in Fernando de Noronha, Brazil and the Clipper Round the World Race arrives in Subic Bay.

Our top Highlight of the weekend: Sail and Leisure joined SABBEX at the Miami International Boat Show!

Langebaan Yacht Club hosted the Hobie 14 Provincial regatta for the Western Cape on 15th and 16th February. With favourable winds and warm conditions on Saturday the fleet started the day competing in the Triple Crown long-haul race sailing from main beach up the lagoon. The afternoon brought even better South Easterly winds providing some fun sailing for all for the start of the provincials.

Sunday brought cloudy conditions with strong winds with the fleet racing in front of the yacht club providing everyone on the shore some great entertainment. Simon Russel gave everyone a run for their money, scoring first in most of the races, walking away with a very special trophy that had been won by Hobie Alter in 1968.

A big thanks to Colin Whitehead and Jaco Du Plessis from Hobie Cape for organising and running another great regatta in Langebaan. 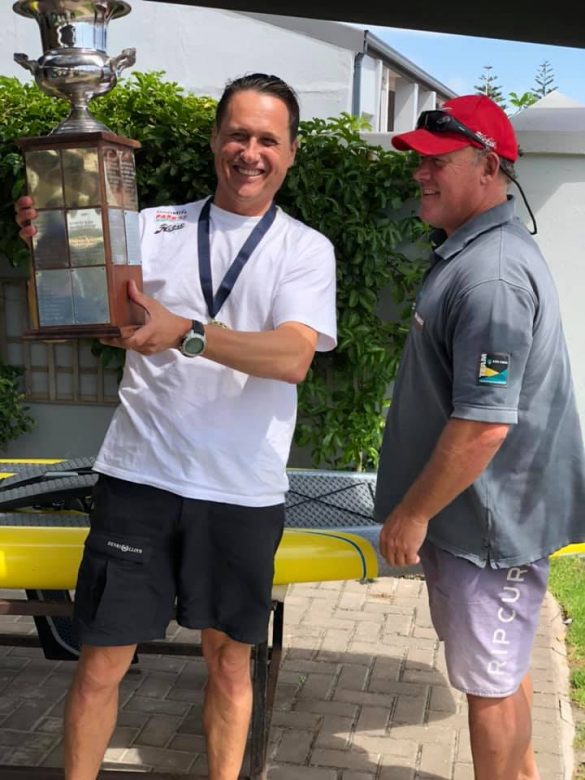 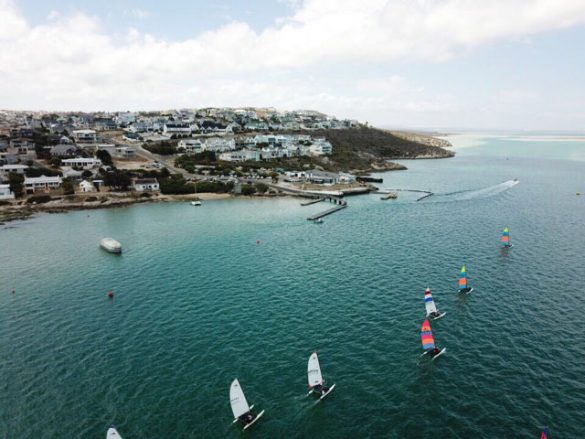 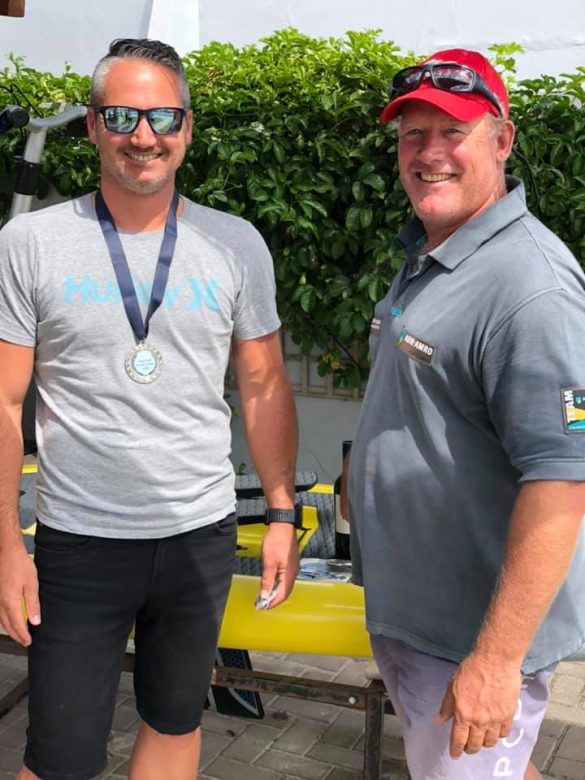 As part of the final preperations for Team RSA before setting off to the 2020 Match Racing Youth Worlds held to be held in Auckland, New Zealand, RCYC hosted a match racing camp between 6 teams in Table Bay. Two teams from RCYC Academy (A&B), two teams from UCTYC (A&B), one team from CPUT and one from Zeekoe Vlei Yacht Club took to the water this weekend for some fun sailing and match racing practice.
17 races were sailed in a Round Robin format, the top two teams from RCYC Sailing Academy proceeded to a Round Robin finals against Team RSA who are off to the 2020 Match Racing Youth Worlds in Auckland. Both RCYC Academy teams lost to Team RSA in the finals.

Buhl recorded four straight wins during the qualifying series and finished the 12-race event with just one double-figure score, a 10th in the penultimate race, which he was able to discard.

After being showered with champagne by his supporters on the beach, Buhl said it was hard to describe the winning feeling. “The week just happened,” he said. “When I got the two firsts on the second day, that gave me good momentum, but I knew anything could happen up until the second race today (when he knew he was unable to be beaten).

Results can be found here 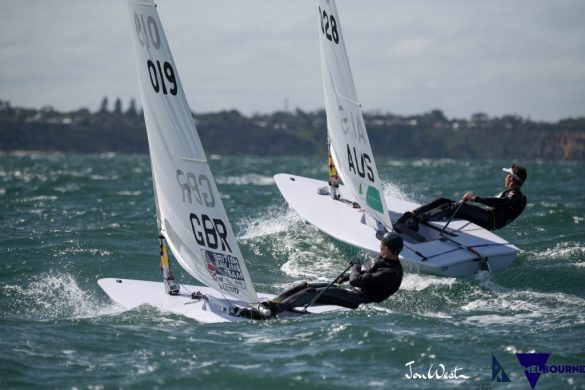 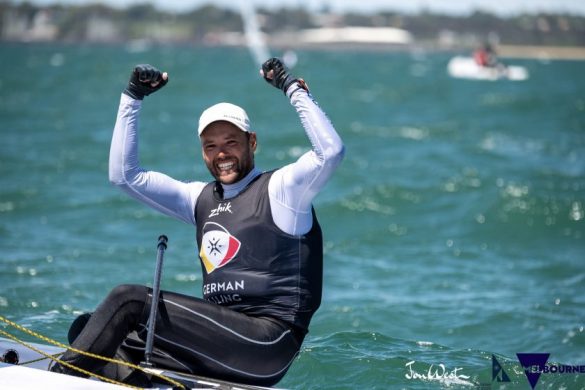 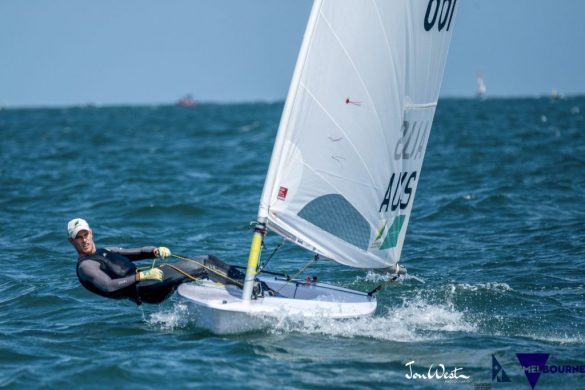 “We put together a couple of good ones this morning so we could be a bit more relaxed in that last one,” Burling said. “Being an Olympic year it’s a good one to win.”

South Africa was represented in the 49er event by top sailors Alex Burger and Benji Daniel. After an event filled with bad luck due to equipment failure in December they were determined to come back strong and make their mark. They sailed well to claim their position (57).

Echegoyen with Barcelo (ESP) and Dobson with Tidey (GBR) locked horns throughout the medal race. Each team was well clear of any competition and only had to beat the other to secure the gold medal.

“We are so so happy,” Echegoyen said on-water once the world championship result was clear. “You know this kind of course is shifting all the time, you have to think about what is the best plan. We tried just to be close to her (GBR); you have to be calm and keep going. If you do a split, you can lose control.”

John Gimson and Anna Burnet (GBR) rebounded from their tiller extension breakage in the final of two morning races to put themselves into the gold medal position. The Brits led from the first word, taking advantage of the two Australian teams playing a cat and mouse overall game for country selection further back.

Gimson acknowledged, “We knew with the Australians trials still on, it definitely helped us. Our strategy was to get a clean start and stay on the lifted tack. Neither of us can believe it; after the week we’ve had we are unbelievably happy.”

With country selection to be announced, there was everything at stake for Australia’s two top in the 10 Nacra 17 teams, Nathan and Haylee Outteridge and Jason Waterhouse and Lisa Darmanin, who were first and second respectively in overall standings prior to the gold medal race. The Outteridges scooped the silver medal and Waterhouse/Darmanin the bronze, and though the order seems correct on paper, it was not the result the brother and sister duo were after.

US Sailing published their points system on 15 Feb and Riley Gibbs and Anna Weiss wrapped up USA selection in the Nacra 17 and celebrations were noisy on the boat ramp for Stephanie Roble and Maggie Shea who pipped their USA countrymates with their medal race result. Both teams can now begin their preparations for Enoshima in earnest.

Australian selectors are expected to make an announcement on their Nacra team as early as next week, with Rio 2016 silver medallists Jason Waterhouse and Lisa Darmanin widely tipped for the pick. 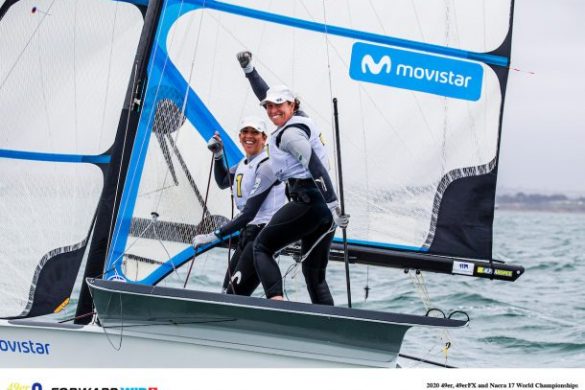 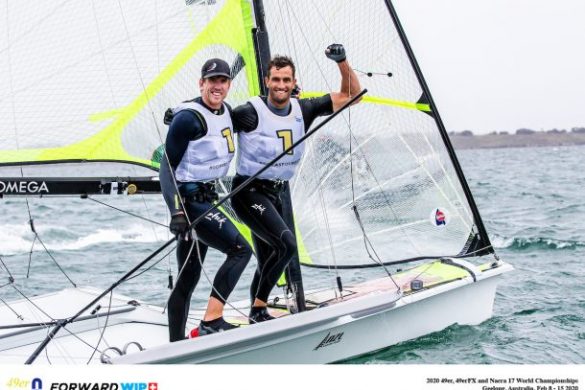 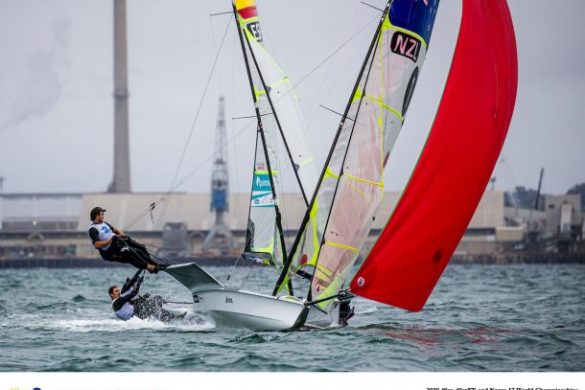 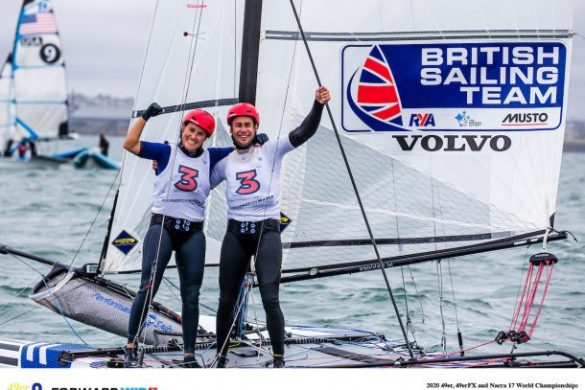 WTC Logistics has won its first podium after finishing Race 6: The Sanya Tropical Paradise in dramatic fashion. Skippered by Rich Gould, alongside first mate Dan Jones, the crew of WTC Logistics overtook five teams in the final few days, including Qingdao and Ha Long Bay, Viet Nam which had led for the majority of the race. The team seized the day when light winds in the Luzon Strait created opportunity for the chasers to become the chased.

The team will grace the Race 6 podium in what is the team’s highest ranked achievement to date. Speaking on his arrival, Skipper Rich Gould said: “The last 36 hours you could cut the tension on board with a knife!

The Qingdao team, representing the Chinese Sailing City of the same name, holds onto its position at the top of the overall standings coming into Subic Bay in second place on Friday 14 February. 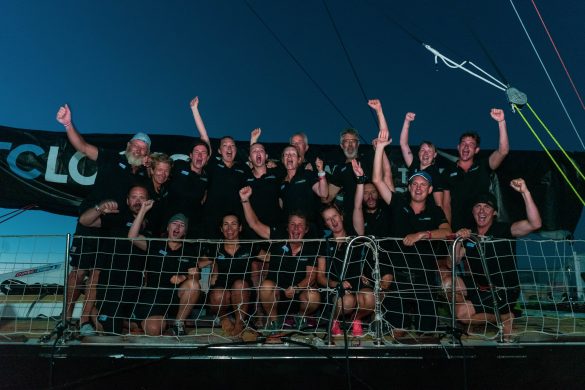 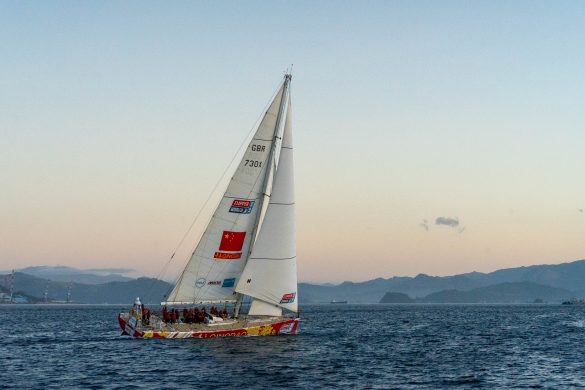 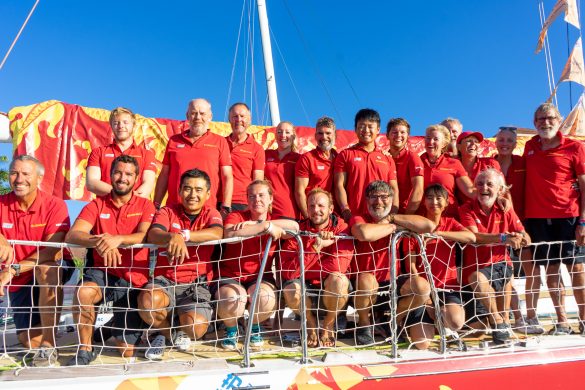 WATCH the Highlights from Ramzi Boukhiam’s spectacular win at the QS 5,000 in Fernando de Noronha, Brazil

The Turtle Road Trip 2020 is officially underway. The Turtle rescue and rehab team, alongside the Two Oceans Aquarium education team is travelling along the Southern Coast to share stories and educate the public on turtles and how to deal with one, should you find it stranded on the beach.

“The team will be stopping at schools and community organisations along our southern coast from 17 to 28 February – but we’ll also be visible in your communities should you want to chat! Keep an eye out for our turtle-branded convoy as we visit the coastal communities – we’re nice and would love to talk turtle conservation with you!”

REMEMBER: If you come across a turtle along our coast lines DO NOT put it back in the water. Contact the network coordinator, Tracy, on 083 300 1663.

Here are the major towns they’ll be visiting:

Investec Cape Town Art Fair was held at the CTICC this past weekend and showcased a diversity of work that represents the forefront of contemporary art from Africa to the world, and the world to Cape Town.

The city boasts a vibrant arts scene, driven by the top galleries on the African continent and beyond. Thanks to its diverse cultural heritage and geographic beauty, Cape Town is a compelling destination for both art world professionals and collectors alike. 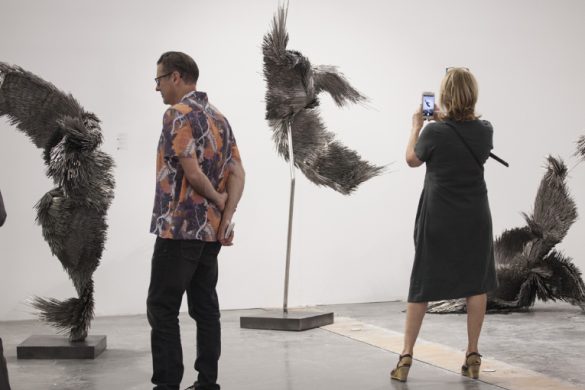 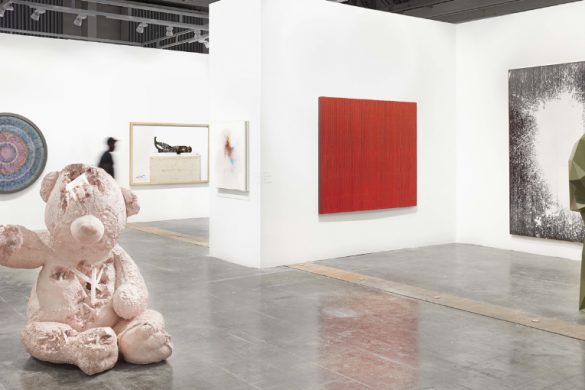 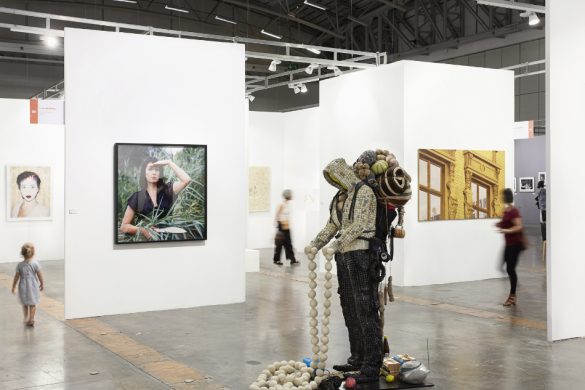 Hundreds of well-wishers roared with excitement as Miss Universe, Zozibini Tunzi touched down at the Mthatha Airport on Saturday afternoon. While some screamed with delight at the sight of the 26-year-old beauty, others held back tears.
The airport was quiet for most of the day, but was soon transformed into a hive of activity about two hours before Tunzi’s flight was expected to land. Joyful ululation and song rang in Tunzi’s homecoming. 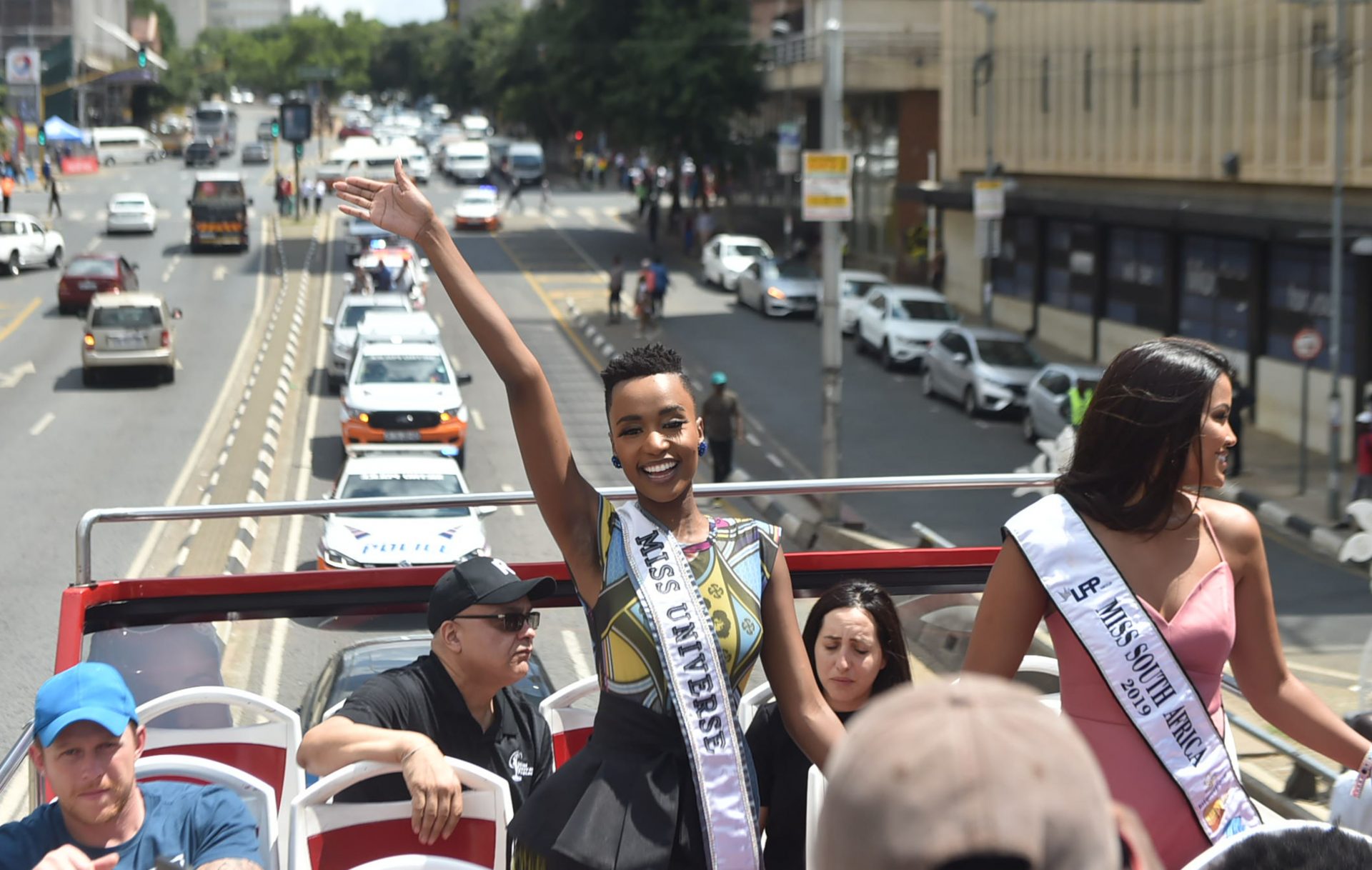 Miss Universe Zozibini Tunzi greets fans while in an open-topped bus through the streets of Johannesburg as part of her triumphant homecoming tour. Picture: Itumeleng English/African News Agency(ANA)