16 March 2020 – The Weekend Wrap-up highlights the latest in both international and local sailing news. This week we look at the Cape 31 Invitational Regatta held in Cape Town, the Clipper Round the World Race and the 2020 Superyacht Challenge in Antigua. 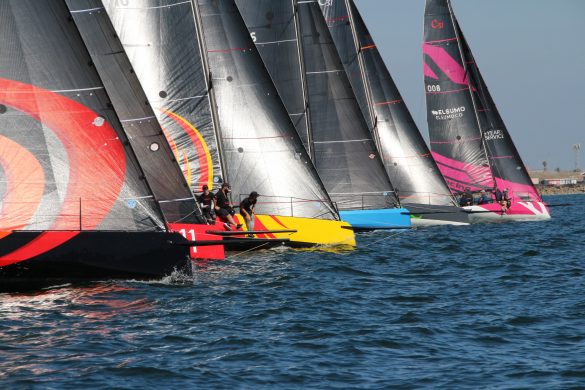 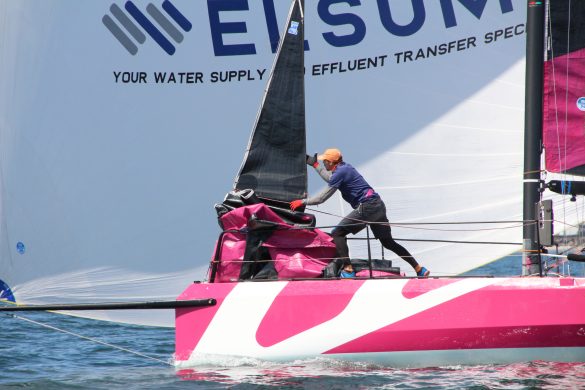 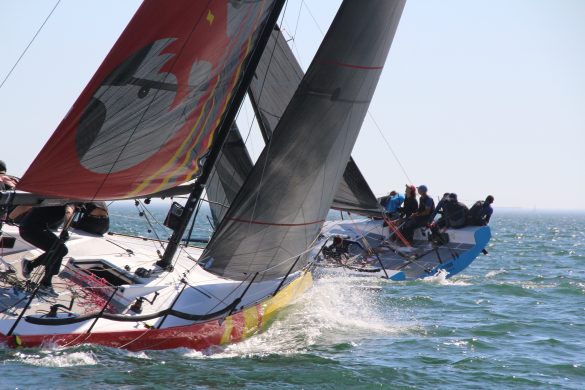 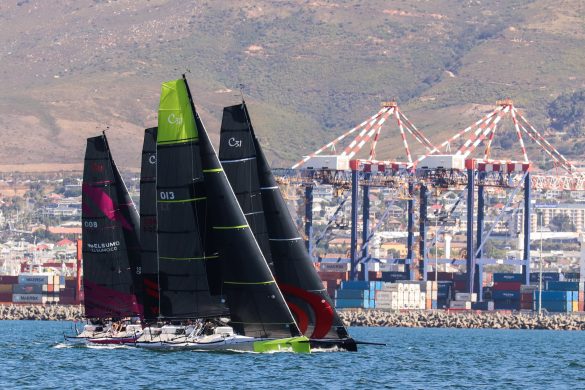 Day one started in a light westerly breeze that built through the day to a decent 10-12knots with the fleet sailing near Woodbridge Island.  Seascape powered by YANMAR came to play early-on taking first in race one of the event, but soon the rest of the fleet was in on the action as well. After four races Seascape powered by YANMAR and Nitro were tied on points for first and second place while TNT and international team Arabella sailing on Vulcan were tied for third and fourth with each team having scored a first.

Day two saw the fleet head out to Table Bay with a promise of a similar to a slightly stronger breeze.  Another four races where scheduled and with predictions of a strong Cape Doctor for Sunday, Race Officer Doug Allison readied his bridge crew to get all four races in on day two. The building breeze brought more action and the boats pushed hard as they would do in a fleet of such tight competition leaving some very close calls with numerous red protest flags raised and calls for penalties. The exhilaration was tangible as the teams fought to climb the results board. TNT put up a fight to take first place in race 5 and 6. Orion DYP came back winning race 7 in what must have been the closest race of the weekend, each mark rounding closer than the one before. International team Arabella came back with a spectacular win in race 8 leading the pack from early on in the race.

S+L’s team was out on the water to experience the racing and what an exhilarating experience it was. S+L Editor Ingrid Hale and Yachting Editor Hylton Hale joined Cape 31 boat builder Uwe Jasperson, Cape 31 broker Rob Sharp, Cape 31 owner Francois Kuttel and accomplished Cape 31 sailor Roger Hudson onboard the beautiful Ocean Princess to gain an elevated view of the racing, while Kelli was on board the media duck to capture the epic action.

The final results have been posted online here.

After a short delay the westerly picked up in Table Bay which made for perfect conditions on day 1. The racing was incredibly tight and there is only one point between the top 3 teams after 4 races. Day 2 is going to be an important one, you’ll want to keep track right here!

After the top three positions on the podium for Race 9 were taken by Ha Long Bay, Viet Nam, Punta del Este and Visit Sanya, China respectively, the remaining teams completed the short offshore course to conclude the WTC Logistics Tri-Race.

Seattle attained the fourth position, crossing the finish gate at 21:36:28 UTC approximately 50 minutes after third-placed Visit Sanya, China. This result will increase the team’s overall points tally to 36 points and is their best position to date. Skipper David Hartshorn says: “What can I say, this is our best-ranked finish to date. Our objective was to bring the team up to speed over the last five days and build strength in the watches, which happened incredibly well. The helming and kite work yesterday afternoon kept us in close quarters with the fleet. Then as we entered the bay the conditions lightened, most of the fleet headed south, so I decided to keep north. It paid off, from ninth to fourth over the line. Job done – very proud of the team!” 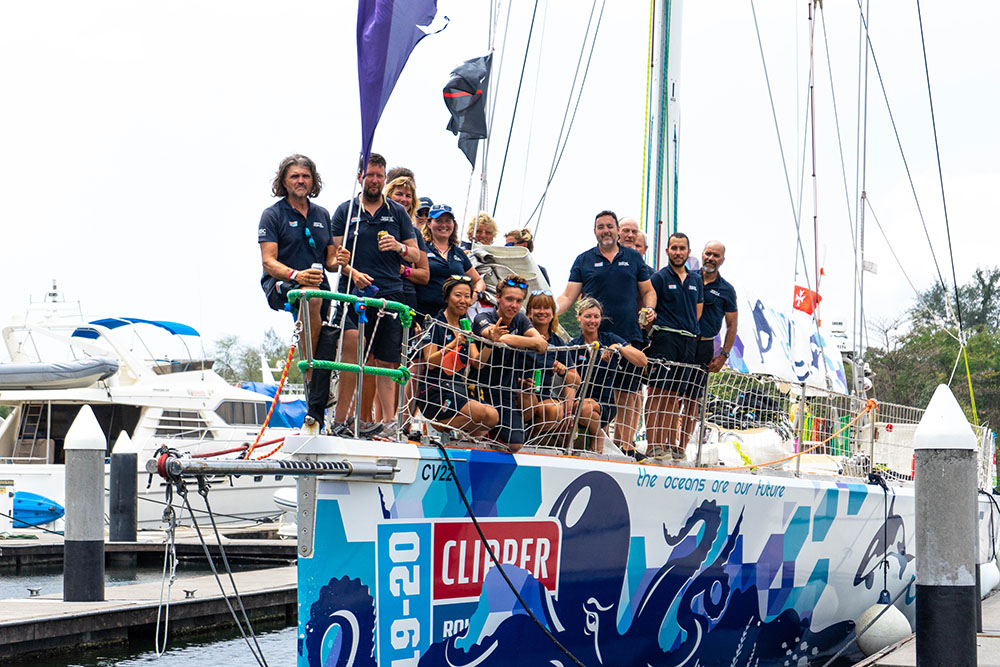 Crossing the line in fifth, just twelve minutes later, was Ian Wiggin’s Unicef team which crossed the line at 21:48:06 UTC. This should bolster the Unicef’s current position of fifth on the overall table. Ian remarked: “Race 9 was an intense and closely fought affair. The last week of highs, lows, teamwork, tactical opportunities, and close-quarter racing is exactly why I signed up to the Clipper Race.

He added: “For the fleet to be so close is testament to the focus and determination of every crew. The standard of racing across the fleet is exceptional this year and the boats are being sailed incredibly hard. There was certainly no chance to rest on this short race. 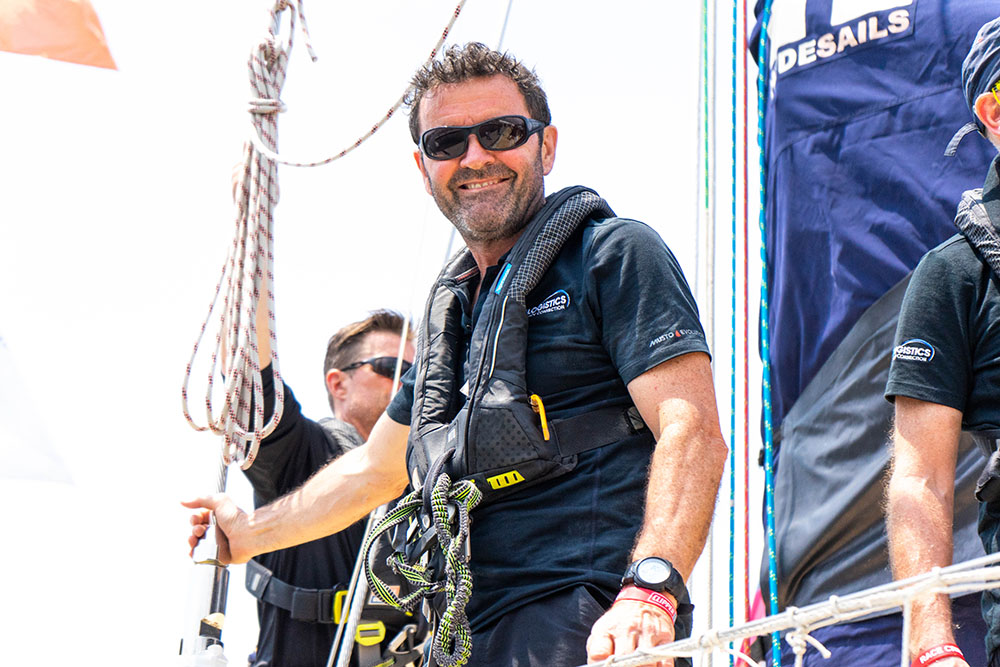 Zhuhai, led by Wendy ‘Wendo’ Tuck, finished at 22:38:06 UTC a mere five minutes ahead of WTC Logistics which finished seventh its namesake race at 22:42:16 UTC. On the finish, Wendy said: “This was a great race, it held so many different conditions and it was a close fight right until the end!”

Wrapping up proceedings was GoToBermuda, skippered by David Immelman, which finished at 22:53:50 UTC taking eighth place. Guy Waites’s team Dare To Lead in ninth place after finishing at 22:55:50 UTC and Qingdao led by Chris Brooks attained the tenth position after finishing at 23:04:50 UTC.

The Qingdao team remains in first place overall despite the challenge from Ha Long Bay, Viet Nam which has maintained the second position overall following this result. With Punta del Este also gracing the podium it looks set to remain in third place after achieving second place in Race 9.

Last but not least was Imagine your Korea skippered by Rob Graham which finished in 11th place. They opted to go in for Ocean Sprint 2 and 3 and so could still increase its points tally from Race 9.

Due to forecasted light wind in Subic Bay, the Clipper Race Office added a Mandatory Finish Gate in the vicinity of Virtual Mark Tuck which was used as the official finish line for Race 9.

At approximately 750 nautical miles Race 9 was the shortest race of the circumnavigation after the route was amended. The fleet sailed the triangular course out of Subic Bay in the Philippines into the South China Sea. Each team could opt to take part in two out of the three Dell Latitude Rugged Ocean sprints and skippers had to declare their intentions within six hours of the race start. For the top three fastest teams in each sprint, there is the bonus of being awarded extra points – which could make all the difference in both this races’ results as well as the overall leaderboard.

UPDATED *17 March: With the ongoing global outbreak of Covid-19 and the enormous impact it has created on world travel, the Clipper 2019-20 Race has been postponed with immediate effect.

This decision has been in no way taken lightly. Our crew are currently under quarantine in Subic Bay, Philippines, where the Clipper Race fleet has been berthed since Sunday 15 March. The island of Luzon (where Subic Bay is located) is currently under “enhanced community quarantine”. 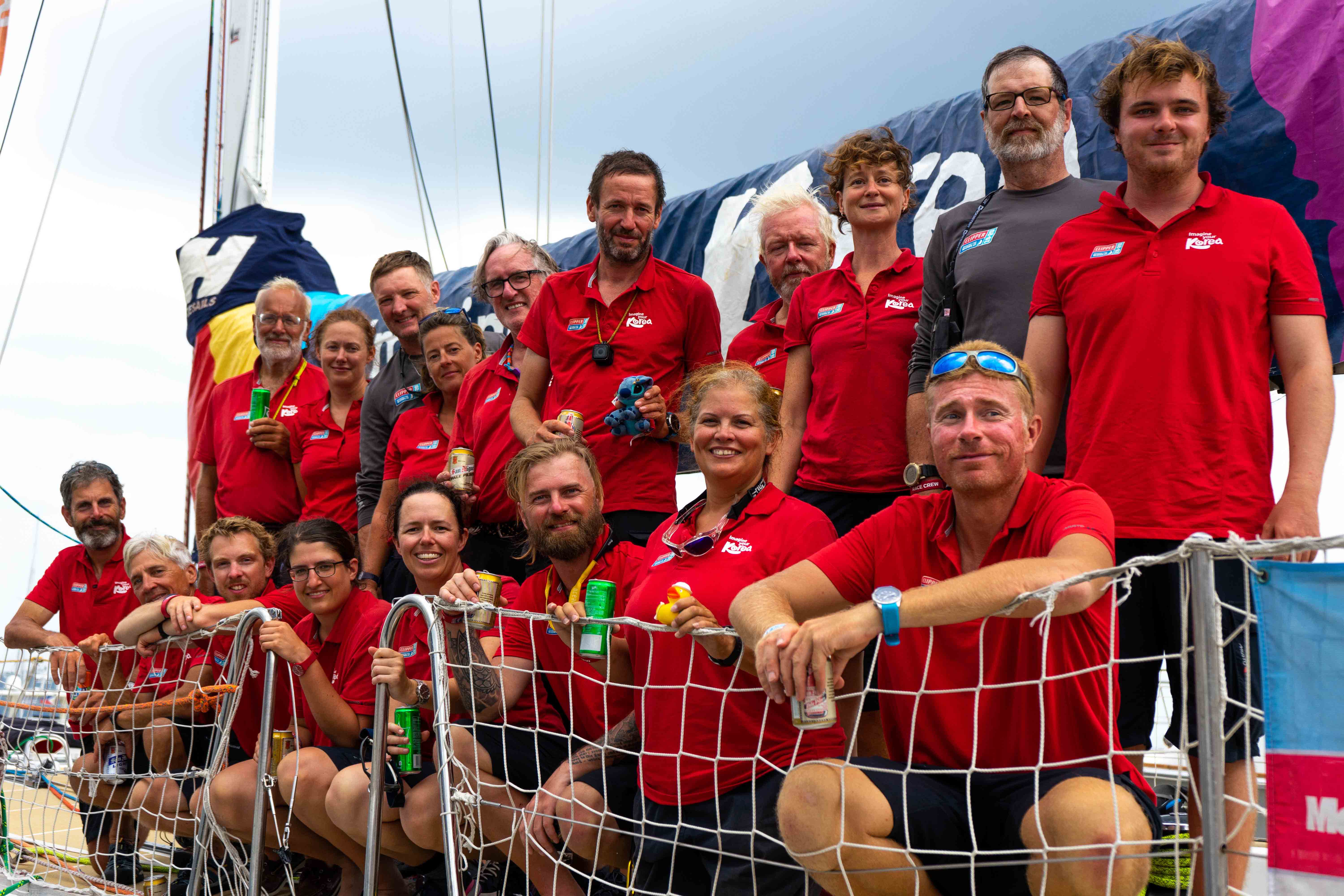 The opening day of action featured exciting racing for the magnificent fleet off the South Coast of Antigua. While day two was blessed with beautiful conditions with a stable breeze of 14-15 knots just south of east, with no squall activity, which produced picture-perfect conditions. Day three was both bizarre and eventful. Shortly after the starting sequence, the race area was enveloped in low cloud and torrential rain, scattering the wind in every direction. For over four hours, the superyacht fleet battled for supremacy, as well as control of their yachts in wind speed varying from zero to 18 knots. The final day saw no racing and the final results are in! The Gosnell Trophy is still to be awarded. The trophy will go to “the yacht, who in the opinion of the competitors and race committee, has best competed in the spirit of the regatta. 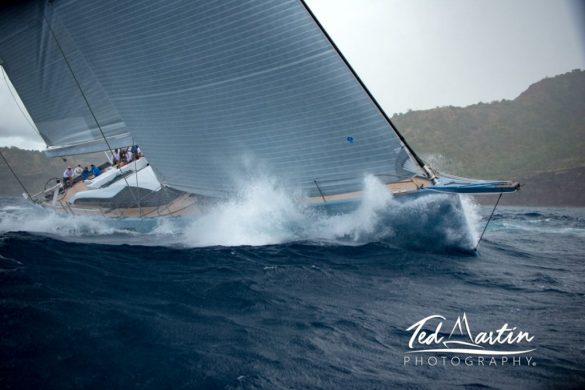 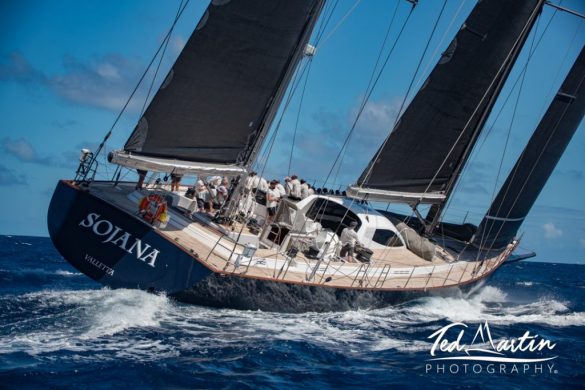 As we are all aware, the current global situation surrounding the COVID-19 pandemic has, and will affect our sport and those who organise the regattas and events and those who compete in them. With this in mind, some of our much-anticipated events have been cancelled or postponed.  We wish all the best to the organisers and participants in these trying times and we look forward to seeing everyone back on the water soon.