After months of strenuous preparation, thousands of miles sailed in training, the first offshore leg of the Volvo Ocean Race gets underway today.

In a departure from the traditional long first leg down the Atlantic Ocean, this year the race starts with a (relative) sprint from Alicante to Lisbon.

But don’t be lulled into thinking that short means easy. Remember that in the 2011-12 edition of the race, one boat dismasted and another almost sank whilst still in the Mediterranean, so teams will be taking this short leg very seriously. 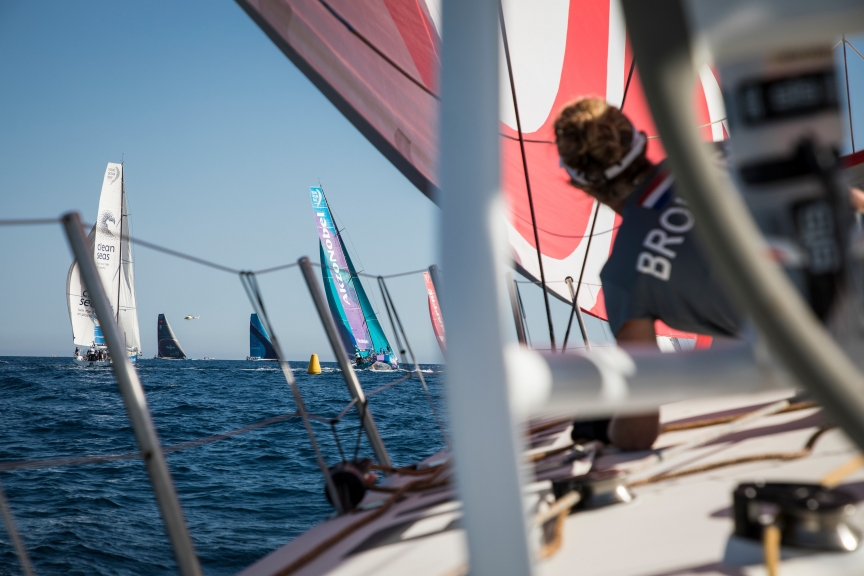 Unlike the rest of the route which was set in stone more than a year ago, the final route for Leg 1 has just been announced, with Race Director Phil Lawrence selecting one of four options he had available to him.

His decision means the boats will head to Lisbon via the Portuguese island Porto Santo in the Atlantic. Like all things in sailing, it was the weather that determined the route.

“One of our course options was to send the boats out to the east, through the Bonifacio Straight, around Sardinia, back out through Gibraltar and straight to Lisbon. The medium-term weather forecast is for a strong mistral, potentially 50 or even 60 knots, followed by an extended period of high pressure and light winds throughout the Mediterranean, so that wasn’t very attractive,” Lawrence explained.

In order to avoid a dangerous blow followed by a frustrating lack of wind, the race director has decided to give the Volvo Ocean 65 fleet an early taste of the Atlantic.

“The leg course we’ve chosen is approximately 1450 miles. There’s a varied weather outlook for that course, quite complex for the Atlantic, which will present some challenges for the crews and we expect them to arrive in Lisbon after approximately a week.”

Check back later in the week for an in-depth look at the weather that will propel them through this first test.