The first TP52 SUPER SERIES regatta of 2021 was held in Peurto Portals this weekend along with the TP52 20th Anniversary Invitational regatta. It was an incredible sight to see the TP52’s of old, and new fill the Bay of Palma.

The regatta was a celebration of the longevity and ongoing success of the TP52 class, which grew out of the Transpac Race and was adopted by the Mediterranean Fleet in 2004.

The regatta drew 16 boats to race – nine in the 52 SUPER SERIES, and seven in the invitational division.

I was lucky enough to spend the day on the  support RIB of South African team Phoenix 11. Multiple sailing champ Mark Sadler and James Largier, boat captain for the Plattner’s Grand Prix boats kept me in the loop of what was happening on the course, all while offering support to the sailing team aboard Phoenix. It was incredible to be chasing the fleet with 900 horses of speed, and to watch how the RIB team supported their sailing team. There’s a lot more to be said about what goes on on a support RIB, but I don’t want to give away trade secrets….

Unfortunately, there were conflicting breezes on the final day of racing, so no racing was held. But it was an incredible  experience to witness this racing from the support rib – right in the action. 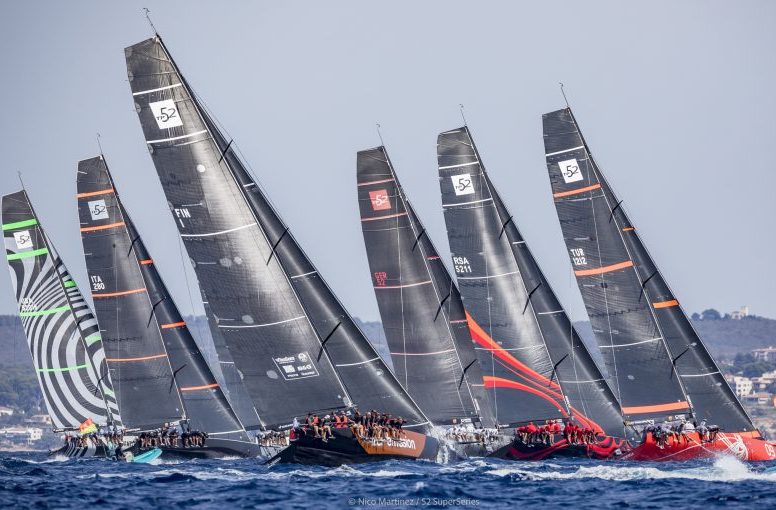 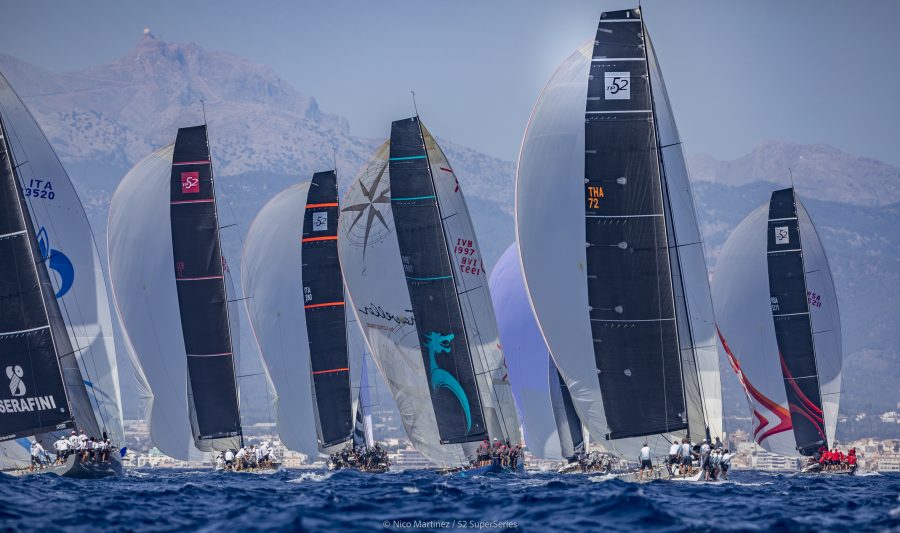 In the six-boat 20th Anniversary Invitational fleet, racing under IRC, the victors were Beau Geste for Hong Kong’s Karl Kwok, who has a long and proud history with the TP52 class, dating right back to the origins of the class on the Transpac race.

Sadly neither owner could be in Puerto Portals to compete. 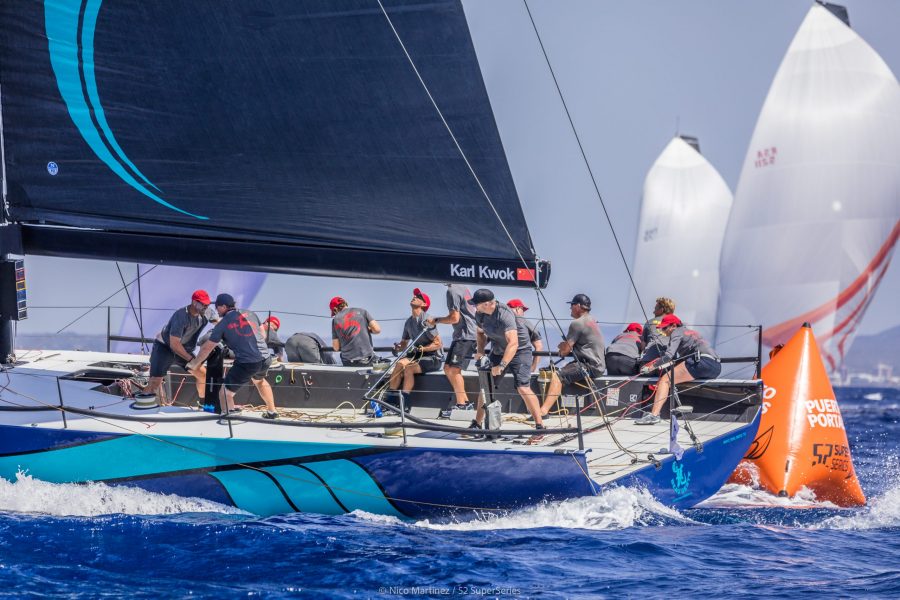 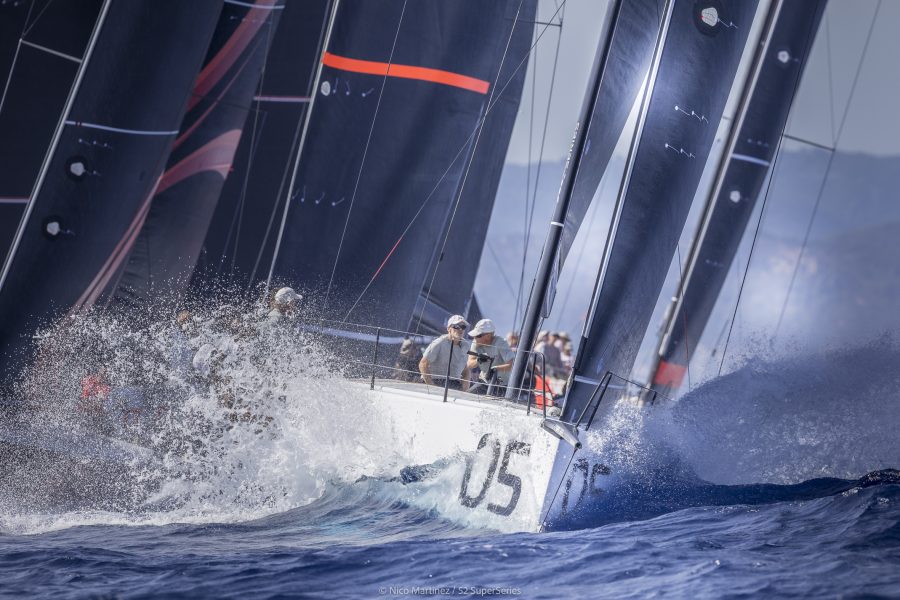 Sled showed flashes of the speed and form which saw them whitewash the last regatta of 2019, a breezy finale in Porto Cervo, Sardinia when they won with a big points margin and took six winning guns.

New faces on board, amidst a hugely experienced team included Finn Gold Cup and America’s Cup winner, Josh Junior with six times America’s Cup winner Murray Jones moving from the strategist’s role to steering. They were the only team to win two races but no team this time was able to avoid the big scores, Sled also posted two sevenths in the nine boat fleet. Other casualties included Quantum Racing who, after three races were sailed, weighed their scoreline down with 18 of their 23pts aggregate.

Don Cowie, mainsheet trimmer and project manager of the winning boat grinned, “Well this is our first win of the season obviously and only our second in seven or eight years and so we are delighted. For us as a team it is a great result. It is a shame Mr Okura’s not here to enjoy winning but we know he’s been back in Japan watching every step of the way so it’s a great win for the team”.

Of his first regatta back with the fleet since 2018, Quantum Racing’s tactician Terry Hutchinson was smarting – as ever – not to have won:

“Obviously we came to win the event. But we did a little bit too much damage to ourselves on Day 3. We got a lot better after that day. Hat’s off to Sled, they sailed well. That three-race day was a tricky day, and they stringed together three good races and did what they had to do. But we look to the long game. You like to win all the battles but at the same time we have our sights set on the overall  title and the world championships. This is a great baseline event for us because we haven’t sailed together really since the 2018 season. But we want to be better. The fleet is really close – really, really even.

Phoenix 11 finished in third on the podium. “We are really pleased to have maintained our third position, but we were really looking forward to racing too,” said skipper Tony Norris. Their game plan had been to “go out there and have another good day”, said main trimmer Paul Willcox. 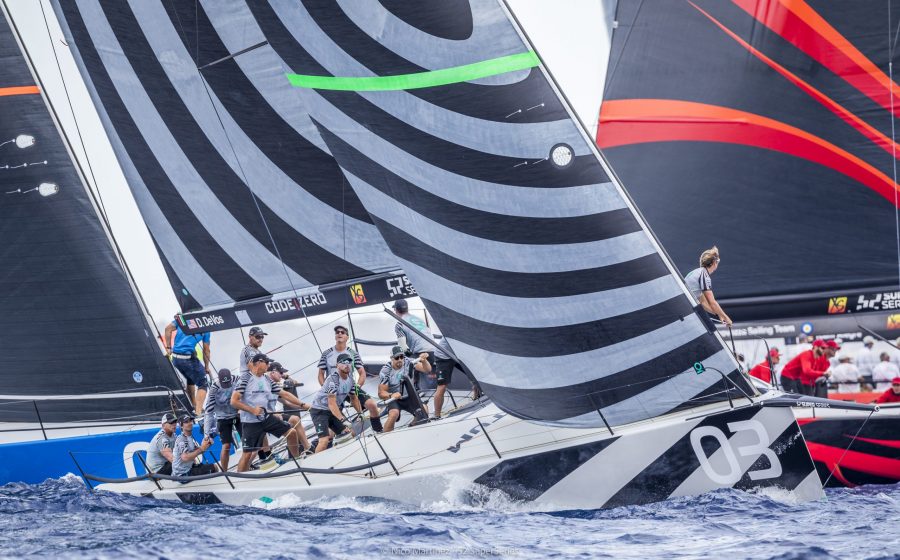 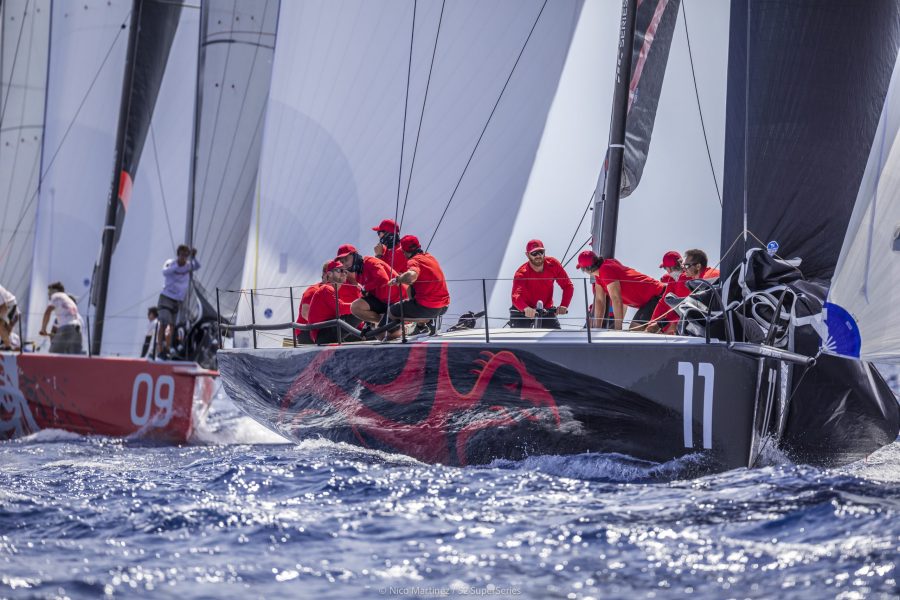 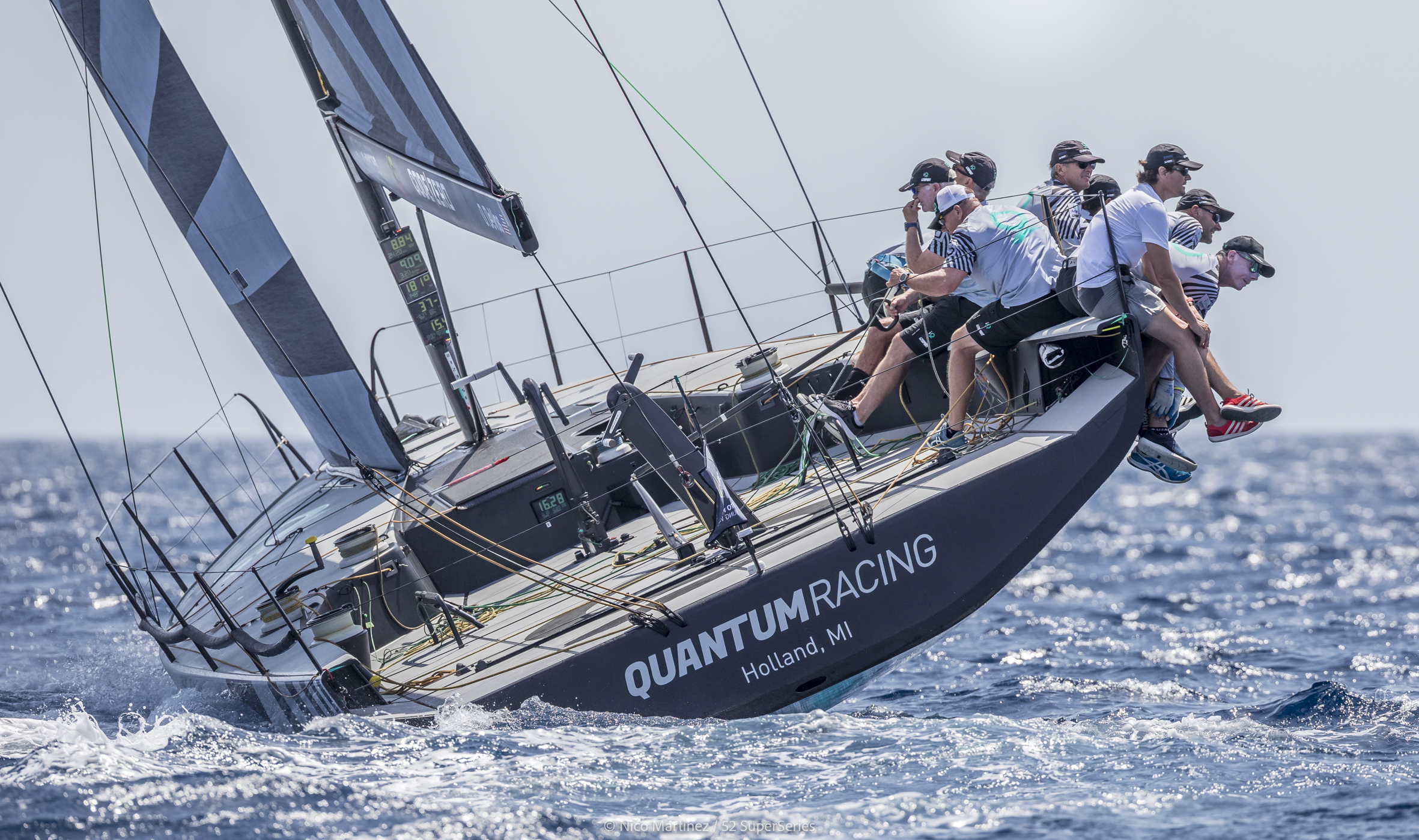 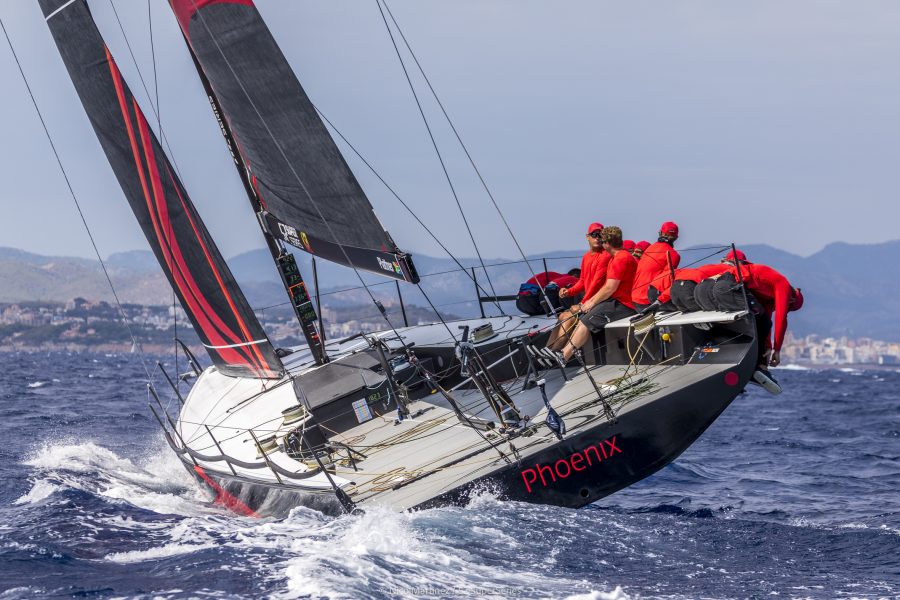 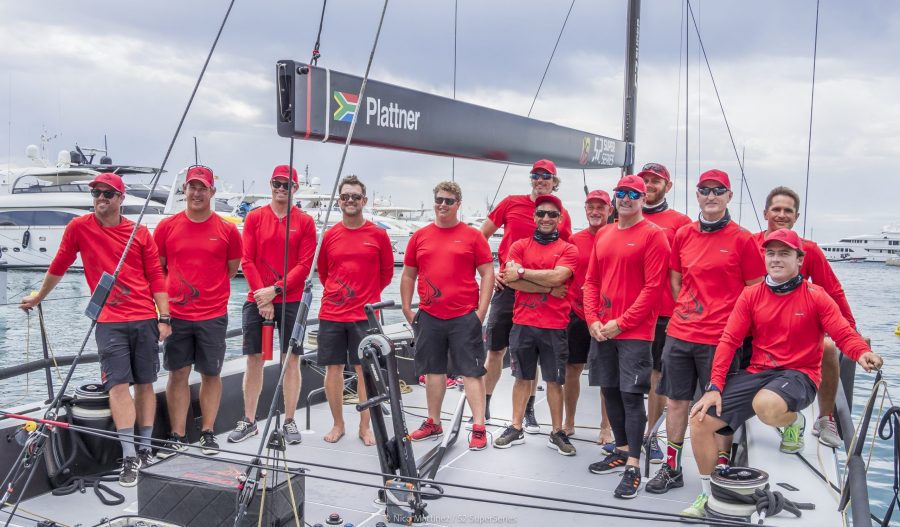 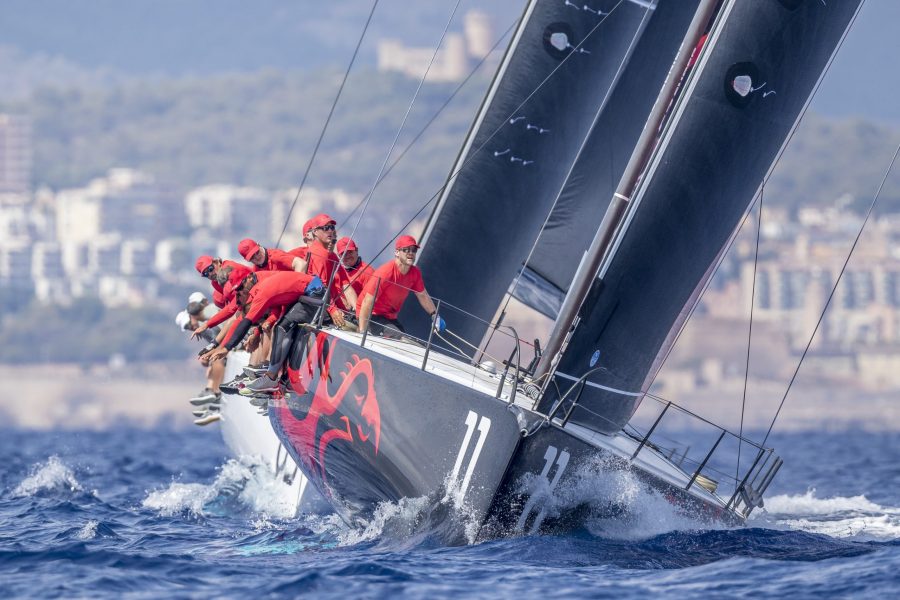 In the 20th Anniversary Invitational fleet Beau Geste, with Kenny Read steering were unbeaten. A collision with Phoenix 11 during the big fleet start of the first race of the TP52 20th Anniversary regatta day knocked them out of contention for the day’s prizes. They were granted redress and topped the leaderboard comfortably. Tactician and project manager Gavin Brady was effusive in his praise for the event and in his thanks to Mr Kwok for ensuring his boat raced and supported the class which is dear to his heart.

“This was a really fun week for us. It was a real privilege to be invited to this anniversary event. We didn’t plan on sailing this year but when this opportunity came, Karl Kwok thought it was important to be here. He was one of the founding members of the class. We did our first Transpac together, I think we were Transpac 52 number 5 so it’s been a big part of the journey for us with the Beau Gestes. Karl’s had a number of TP52’s, some for offshore and some for inshore so it’s really neat to be here, hopefully we’ll be here for the 30th anniversary in 10 years time. And we were in a very fortunate situation to buy this boat. It’s a very special boat, when it became available we had all the options – we could do the SUPER SERIES or enjoy the boat by doing IRC racing. And it’s great to have the option to join the SUPER SERIES, I know he (Karl) would really enjoy it. It’s a shame he couldn’t be here to enjoy this week to see what it’s all about and how professionally run this event is, and see it in person. I think you have to be here to believe it. When you’re here in person you really get to feel the vibe and be around the best sailors in the world.” 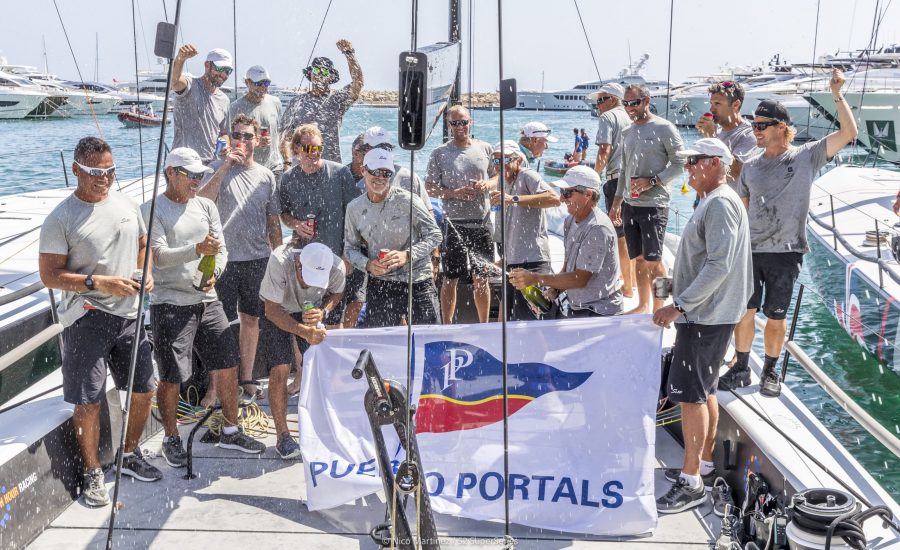 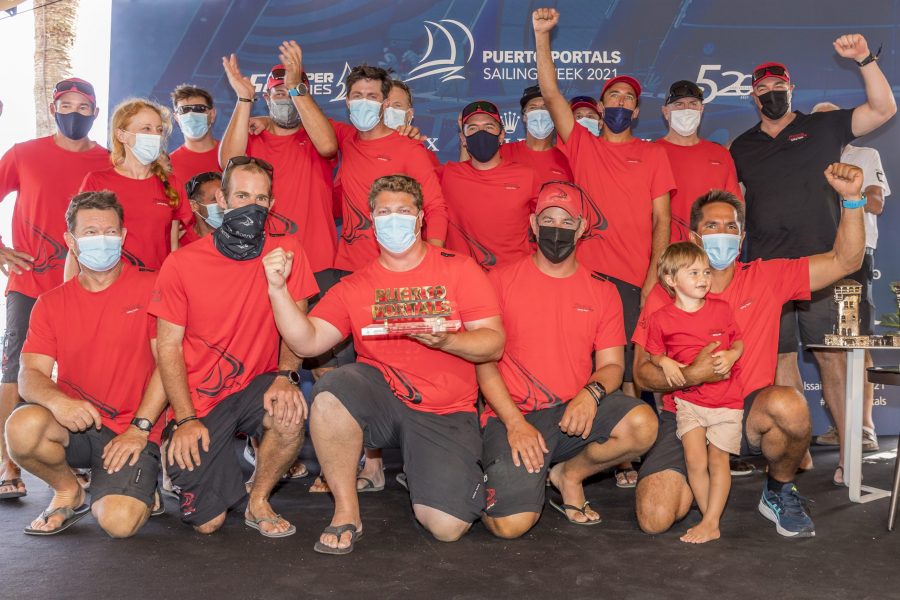 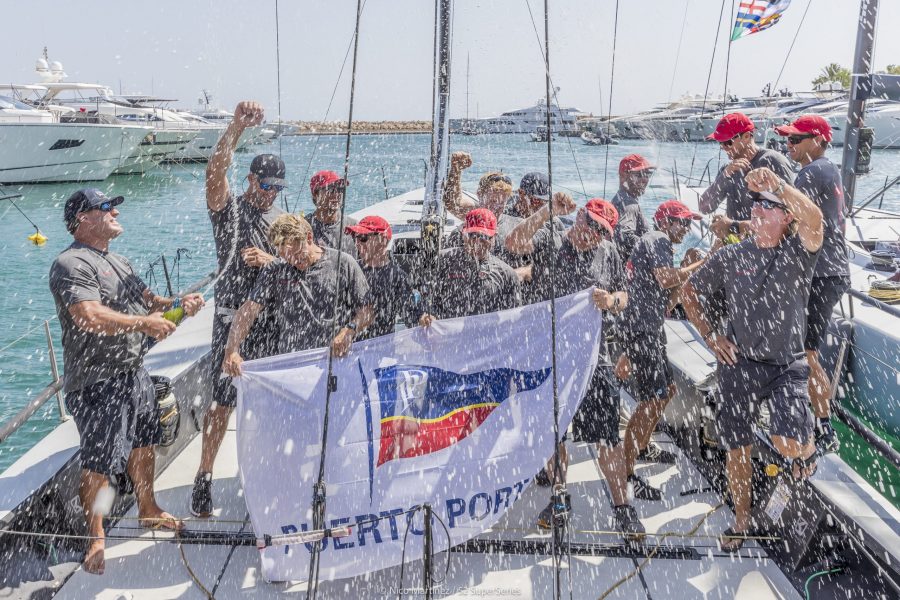