The Weekend Wrap-up 24 February 2020 brings you results and news from the 30th Mykonos Offshore Regatta, we check in with Team RSA in Auckland for the Youth World Match Racing Championship and we take a look at the Clipper Round the World Race 7 start. And in other sports we catch up with the WSL events currently on the go, we highlight the Slave Route Challenge running race and we meet John Dempster – the solo SA rower who made it across the Atlantic in 63 days.

Coming up this week: Sail GP season 2 kicks off on Friday 28th February in Auckland  and it’s just 1 week to go for the Odzala Discovery Camps 52 SUPER SERIES V&A Waterfront Cape Town The boats have arrived and are being set up, and the teams are getting ready to rumble!

The 12th edition of the RORC Caribbean 600 starts today, Monday 24th February at 1100 local time (1500 GMT), Antigua. The diverse fleet will be competing in four classes, with 74 entries sailed by over 700 crew members representing 37 nations.

The 30th edition of the Mykonos Offshore Regatta was hosted by Royal Cape Yacht Club and Club Mykonos over the weekend. The regatta consists of a race up the west coast from Cape Town to Club Mykonos in Langebaan, followed by a pursuit race the next day. This 30th edition of the race attracted 60 entries in a great show of support from multiple classes. Starting in light airs early Friday morning, teams settled in for what was sure to be a long, but great day of sailing as they headed up the west coast to Langebaan. Luckily the SE wind freshened at Dassen Island giving the boats a last push into the lagoon. Phil Gutsche’s Warrior took line honours.

Saturday started out cold and rainy as teams enjoyed the vibe at Club Mykonos while waiting for the wind to pull through in the afternoon. The pursuit race is one of the most popular races on the local sailing calendar, taking the competitors through some of the most beautiful scenery; up the Langebaan lagoon, out past Saldanha Bay, through the mouth into the Atlantic Ocean and around Jutten Island before heading back to Club Mykonos. It’s a great race for spectators too, and S+L was out on the water showing support for the teams. The pursuit race sees the slower boats on handicap starting first with the faster boats trying to catch up to them. First to cross the finishing line is the winner.

In the Cape 31 class, Nitro showed up in full force taking 1st overall on handicap as well as 1st in their division and their class. As the reigning champs of the Lipton Challenge Cup they are surely the team to watch this season. 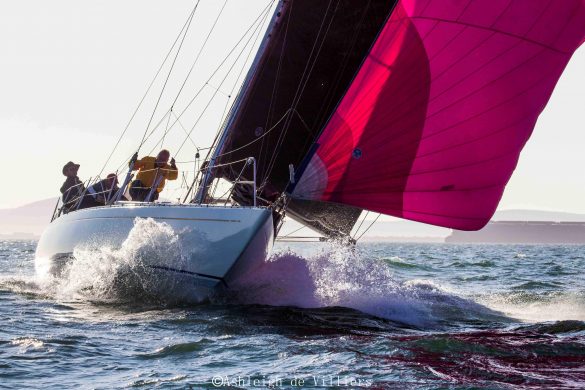 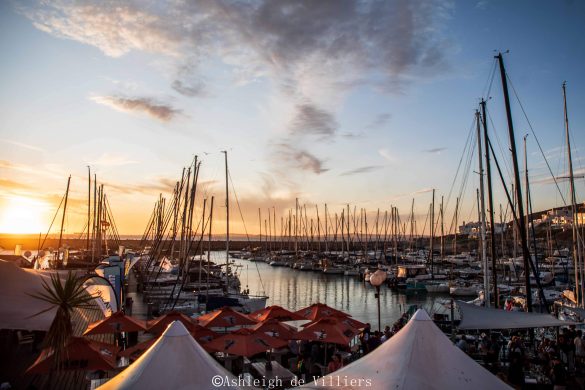 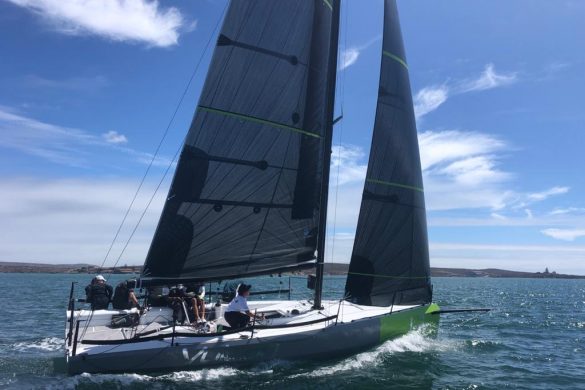 14 teams from countries all over the world will compete for four days of match racing in their fleet of Elliott 7 keelboats. Our South African team is represented by Sonja Stock (skipper),Calvin Gibbs, Lebogang January, Nic Ryall and Isabella Wright.

The event will consist of a round robin, a semi finals, a petit final and the final, with the winning team being crowned the HARKEN 2020 Youth Match Racing World Champion. Go TEAM RSA! 🇿🇦🇿🇦🇿🇦

Clipper Round the World Race – The Lakewood Hills, Zhuhai Race

The Lakewood Hills, Zhuhai Race is underway. The eleven strong fleet of 70ft racing yachts lined up in the sunshine to slip lines, leaving the Subic Bay Yacht Club behind on Sunday 23 February at 0400 UTC (1200 LT).

The race will cover a route of 1600 nautical miles, concluding back at Subic Bay Yacht Club and is expected to be completed within eight to ten days, arriving between 2 and 4 March.

Tim Chaning-Pearce from Ha Long Bay, Viet Nam says “I think it’s going to be a good little tactical battle… we are going to collect all the points! I think we are even more hungry after getting third place in the last race, so we are going to go hard!” 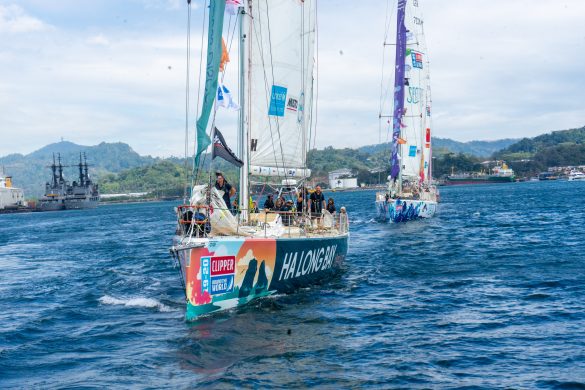 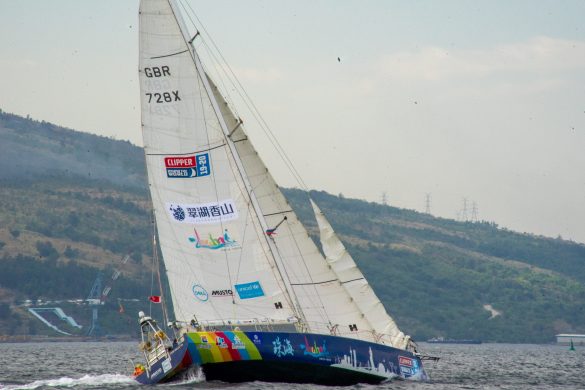 Going into day 2 of the event WSL Longboard Tour Director Devin Howard says “We have had a bit of a bump in wave size overnight which is nice to see. We will look to capitalise on the bigger waves today and run another big day of competition.”

Today’s heats have been put on hold – but check in tomorrow on the WSL website for the next call. 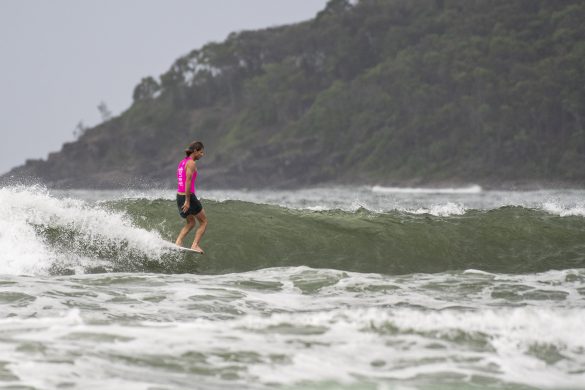 John Dempster has faced the huge challenge of an Atlantic crossing by rowing head on and succeeded in a miraculous 63 days. Drawing from his own experiences with mental health and how necessary it is to have appropriate support systems in place to help those who need it, he began his challenge to raise awareness and donations to support others with similar difficulties.

John explains “In late 2018 four friends of mine (and old crewmates), known as Team MAD4WAVES, competed in the fours event of the Talisker Whisky Atlantic Challenge.
Their feat inspired me to take up rowing again. In doing so I discovered something immensely valuable: that the physical act of rowing – the rhythm and physics of propelling myself across the water’s surface – echoed the principles of mindfulness and meditation that I had learnt about through psychotherapy.
I saw a way to both improve my own mental health and to raise awareness of the struggles I knew other people were going through. I saw a way to Water my Mind, and to Water others’ as well.” 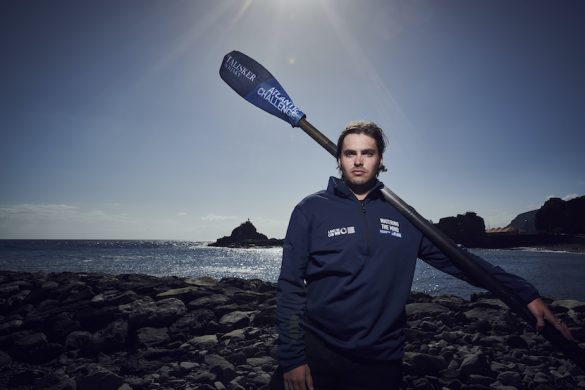 A unique race with a heritage and historic significance.  This event traces the ‘slave route’ and honours those who built Cape Town. The Slave Route Challenge brings together people from all walks of life.  The avid runner can enjoy a Half Marathon or a 10km Run and novices can enjoy the 10km Big Walk or the 5km Fun Run / Walk. It truly encapsulates the spirit of Ubunthu!

The Slave Route Challenge takes you from The City Hall through District 6, Gardens, Company Gardens, Wale Street, BoKaap, Sea Point (Cape Town Stadium), Green Point (Fort Wynyard), CBD and back down Darling Street into the Castle of Good Hope and the finish on the Grand Parade.