The Sail + Leisure team had a fun filled weekend at the Cape Town Boat Show. We met with current and new readers and explored the show the various activities. Thank you to everyone that came to say hello or to chat to us and collect magazines.

We attended the 50th birthday celebrations of The Moorings, a stylish affair hosted by influencer Liezel van der Westhuizen and Sales and Marketing Manager, Liesl Nel. It’s amazing to see that a company started by a couple of sailing enthusiasts with 6 boats, now has bases all over the world with a fleet of over 300 boats. Guests were treated to delicious canapés representing the countries around the world where The Moorings has bases, and the beautiful new Leopard 50 was available for viewing at the show too.

Show organisers, Messe Frankfurt hosted a function for the show exhibitors to celebrate the boating industry in South Africa. Promoted and supported by SABBEX, the event was buzzing with excitement and positivity.

S+L viewed the new Squadron 53, the new Jeanneau 44, the Lagoon 35 and the Princess ’57. Each of them beautiful, and each offering something special for ones personal needs.

We saw the strange looking kite wing from Ullman Sails being tested in the Marina. It’s a cross between  windsurfer sail and a kite. But no matter what it looks like you’ll be sure to see this take off this summer.

The Great Optimist race – Our Little Optimist, sailed by big wave surfer Matt Bromley, was a podium champion! With the race switching from sailing to a paddling race around the marina Matt powered through bringing home a second, behind current champion Caleb Swanepoel.

The atmosphere in the marina was electric and it was truly a spectacular way to celebrate the amazing and inspiring skippers on each boat. The Little Optimist Trust has done great work in organising the event and we are very grateful to everyone that contributed to our fund raising efforts for The Sea Change Project.

OR scan the SnapScan code. 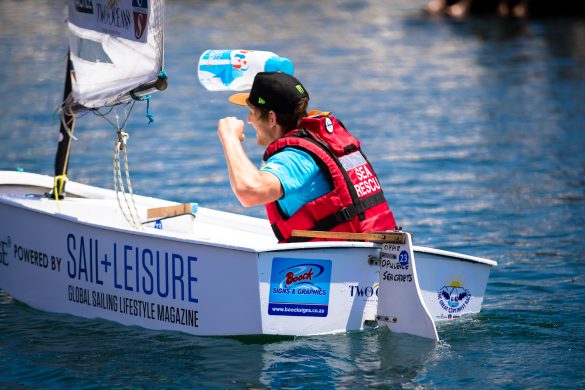 Aquarium Tickets winner – For those of you who were watching our socials or came to visit us at our stand you would have seen our Donate + Win competition. We teamed up with The Two Oceans Aquarium, who have donated 2x entry tickets worth R185 each to one lucky donor. We will be doing the draw tomorrow so donate and it could be you.

Seascape Yanmar’s Gerry Heggie and Asenathi Jim along with Dan Sprattles sailed to a third place in the Farr 40 class of the Teb Özel Bankacilik regatta this weekend. Congratulations! 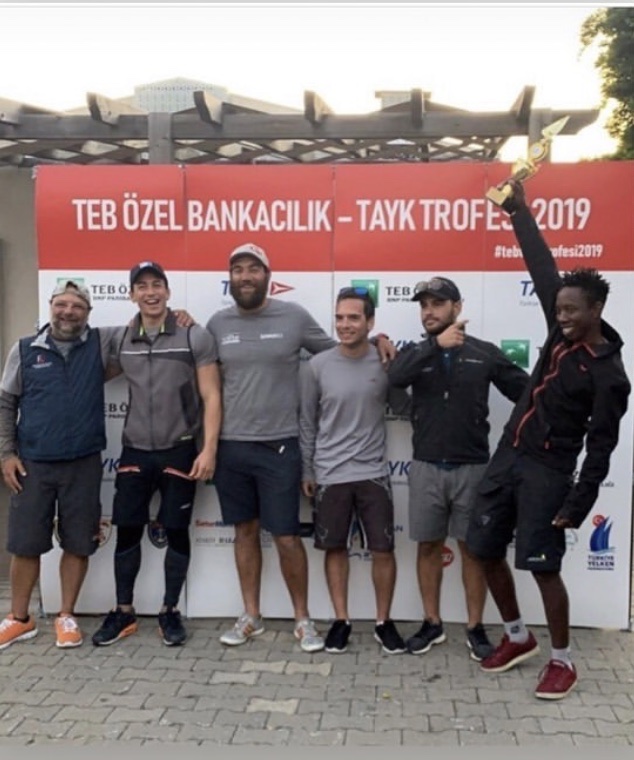 Team Seascape Yanmar on the podium in Turkey.

Foggy overcast conditions greeted a fleet of 48 yachts before the start of the biannual Harken Round Robben Island Race.  The mist melted away to a wonderful, warm day, with a variable wind of  8-14 knots, mostly north west, kindly powering the fleet.

The persuit race began with the slowest boat starting around 12:30 and the fastest starting an hour later. Peter Bam took the title, sailing the L26 Hors d’Oeurvre, followed by WindPower 2 and then Nitro.

The 2019 Rolex Middle Sea Race, the 40th edition of the 606nm classic offshore, set off from Grand Harbour on Saturday (19 Oct). A fleet of 113 yachts, separated into seven starts, set off in a very gentle northerly breeze. No matter, for the competitors – both professional and Corinthian – the start is just the beginning of a challenge that is not meant to be easy.

For a second year in a row the first 36 hours of the Rolex Middle Sea Race have proved extremely challenging, testing the patience and commitment of the 113 crews participating. Yesterday’s light wind start, was followed by a light wind passage north to Sicily.

Overnight, most boats maintained momentum before the wind shut down for much of the fleet around daybreak. A leading group of yachts have managed to capitalize on what wind was available and are breaking through into the Tyrrhenian Sea, while the vast majority is yet to reach Etna.

Witness Surfing History on the Day 2 Replay of MEO Rip Curl Pro Portugal – Find out who provisionally qualified for the Olympics. Relive all the historic Olympic qualification moments and follow your favourite surfers as they fight for a potential spot at the Tokyo 2020 Summer Olympic Games.

Caio Ibelli of Brazil advances to the quarter finals of the 2019 MEO Rip Curl Pro Portugal after winning heat 5 of Round 4 at Supertubos on October 20, 2019 in Peniche, Portugal.

Jordy Smith of South Africa advances to the quarter finals of the 2019 MEO Rip Curl Pro Portugal after winning Heat 1 of Round 4 at Supertubos. Go Jordy! 🇿🇦🇿🇦 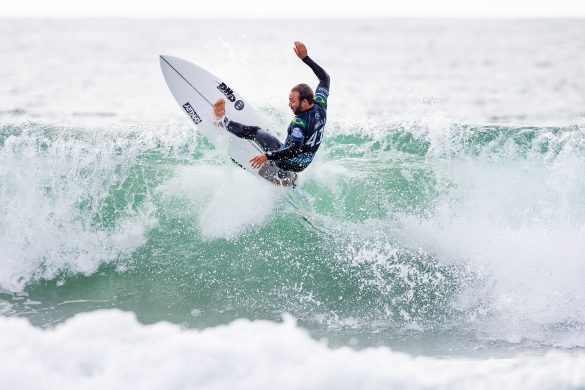 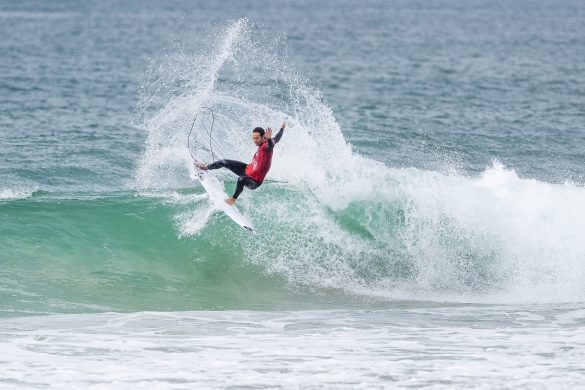 Rugby World cup Quarter finals – The quarter finals kicked off on Saturday with England smashing Australia 40 – 16. New Zealand took on Ireland winning 46-14 and on Sunday Wales snuck ahead of France with a final score of 20-19.

South Africa put on a show on Sunday afternoon against host team, Japan. In a spectacular show of sportsmanship and skill they walked away with a full time score of 26-3 sending the Springboks into the Semi-finals this weekend. SA plays Wales on Sunday at 11:00.