2 March 2020 – This week the Odzala Discovery Camps 52 SUPER SERIES V&A Waterfront Cape Town begins, we recap Ineos Team UK’s glorious victory at the SAILGP curtain raising event in Sydney. The Caribbean 600 proved a tough race, the Clipper teams have rounded the Japanese Ryuku Islands and all eyes are set on the second half of the race. Local swimmer Carina Bruwer takes on a massive ‘Swim for Hope’ in Port Elizabeth, South Africa, while Merewether Mesmerises on day 1 of the WSL Surfest Newcastle Pro.

The much anticipated Odzala Discovery Camps 52 SUPER SERIES V&A Waterfront – Cape Town got off with a bang today. Flying the South African flag high, Hasso Plattner’s Phoenix 11 took home the first win of the 52 SUPER SERIES season giving SA fans something to cheer about. Alegre followed suit to take the 1st in race 2 while the two local Phoenix teams played “who know’s these waters best” in the top end of the fleet.

See day 1 results here and follow us on Instagram or get connected via the link on our home page. 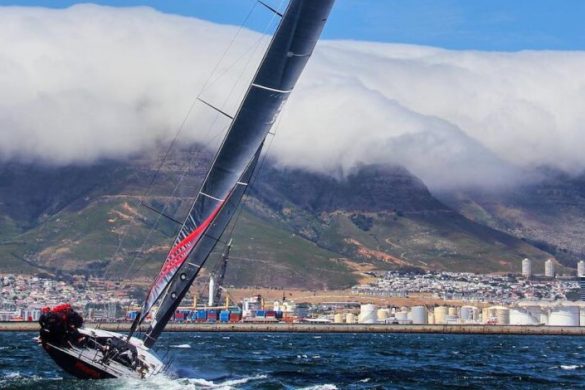 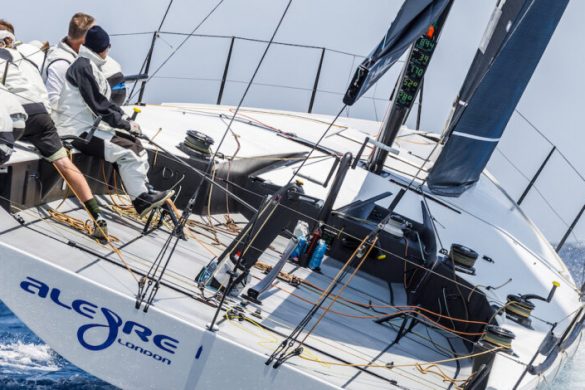 The British team won its first event in the global championship as it edged out Australia in the match race to end all match races.

On February 29th Ben Ainslie and the British team had wasted no time establishing themselves as the ones to beat this season as they put on impressive performances in the Sydney SailGP to claim their first event title. The first match race of SailGP season 2 saw traditional rivals Great Britain and Australia face off and the four-time Olympic gold medalist capped off his SailGP debut in style against the defending champion.

Ainslie said: “It’s certainly been one of the best sailing events I’ve ever taken part in. Incredible conditions on the harbour, it doesn’t really get any better than that. It’s been magical.”

Clipper Round the World Race 7 – The Lakewood Hills, Zhuhai Race

Skipper Guy Waites of Dare To Lead said: “It’s clearly that stage of the race where the pressure is rising, the breeze is in, 25 and 30 knots with a full mainsail and the Code 3, commercial traffic through the Luzon Strait to negotiate, islands, rivers of powerful current (both good and bad), a fleet of Clipper 70s playing their gybe angles, a downwind mark to round and a choice of two scoring gates should you think you have a chance of bonus points.”

And the bonus points are keeping the fleet flighting hard, navigating their routes, chomping at the miles, collecting points like Pac-Man racing through a maze. 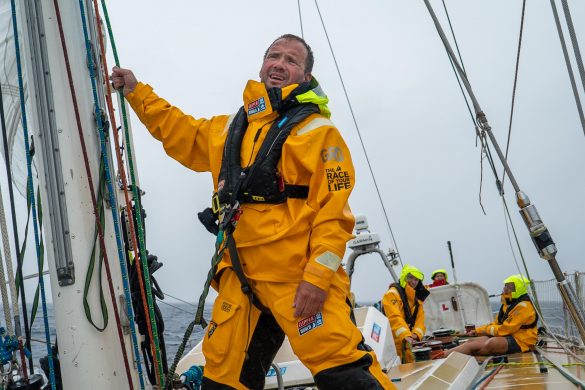 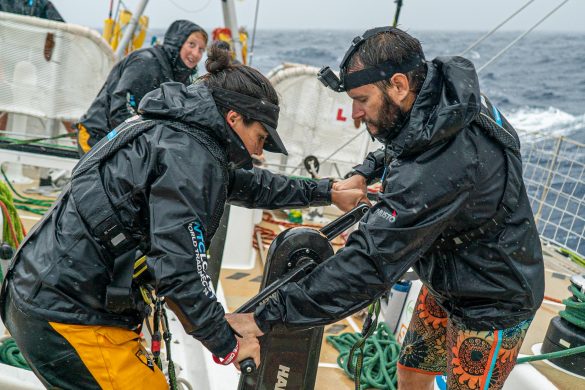 In the early hours of the fifth day of the RORC Caribbean 600 a fantastic battle came to a dramatic conclusion. In the 18-strong IRC One fleet, after time correction, two yachts rose above the rest to fight for the class win, but a final twist was still to come.

Giles Redpath’s Lombard 46 Pata Negra (GBR) and Philippe Frantz’s NMD43 Albator (FRA) had been locked in a duel for 400 miles. Pata Negra, with a lower IRC rating, had held the advantage for much of the race. However, having rounded Guadeloupe, Albator pulled ahead on the reach to Barbuda. The extra turn of speed put the French team just seconds ahead of Pata Negra after time correction. However, after the last gruelling leg, Pata Negra protested Albator for unintentionally entering an exclusion zone at Terre de Bas, resulting in Albator placing second and Pata Negra provisionally winning the class.

Scarlet Oyster finished the race just after midday on the fifth day to provisionally win IRC 2. This would be the sixth class win for the boat, and the seventh for skipper Ross Applebey.

In IRC 3, Peter McWhinnie’s JPK 10.80 In Theory (USA) is the first boat to cross the line and having provisionally won IRC 3.

Merewether Beach has come to life for the opening day of the 35th annual Newcastle Surfest Pro World Surf League (WSL) Qualifying Series (QS) 5000 event. With some of the best waves seen in the events recent history, competitors in Men’s Round 1 gorged on perfect four-to-six foot pits and groomed open walls to post massive totals on a memorable day of surfing.

Catch up on the action on the WSL Website 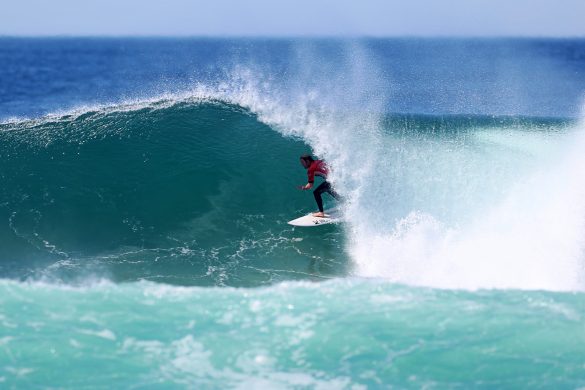 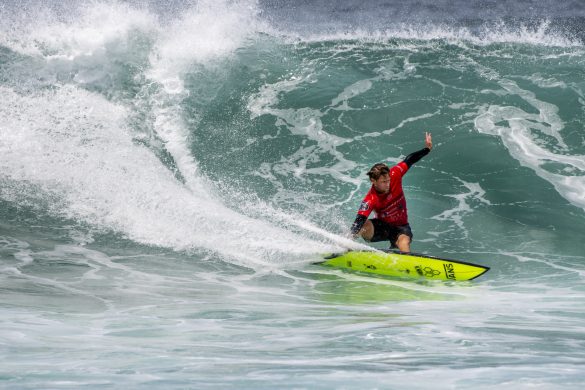 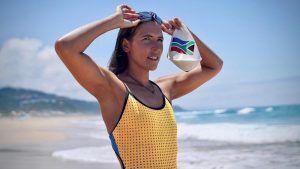 South African marathon swimmer, musician and mother-of-three, Carina Bruwer completed an incredible feat this weekend as she took on The Swim for Hope in support of Muzukidz, an organisation that offers underprivileged children the opportunity to learn the violin.

Carina is now the first woman and the second person to complete the gruelling crossing from the Port Elizabeth beachfront (Pollock Beach or Hobie Beach) to Coega Harbour, a swim that she has had her sights on for many years. A route which internationally renowned Lewis Pugh also followed in 2006.