18 November 2019 – This week on the Weekend Wrap-Up we bring you updates on the Clipper Round the World Race in Cape Town, the 2019 Hobie 16 world champs, the latest Ocean Race team reveal, SA’s top restaurant awards and more gold medals and awards for RSA’s top athletes.

Race 4 start: The Marlow Southern Ocean Sleigh Ride got underway on Sunday 17 November from the V&A Waterfront, Cape Town, bound for Fremantle Sailing Club, Western Australia. The eleven-strong fleet of identical 70-ft racing yachts lined up for a 1300UTC kick-off and battled for prime position in the unpredictable winds of Table Bay.

Amongst the Clipper 2019-20 Race Skippers are Capetonian Skippers Nick Leggatt, who is leading the Zhuhai team and David Immelman, leading the GoToBermuda team. Ahead of departure, Nick said: “The crew is going to find it tough but I’m very confident that I’ve got a tough bunch. We are going to see a lot of high-speed downwind sailing – it is going to be cold and wet but it should be quite exhilarating!”

Currently Zhuhai and GotoBermuda are lying 3rd and 4th respectively as teams make their way east just off the South African coast headed for the Cape Agulhas rounding.

Keep track of the teams live. 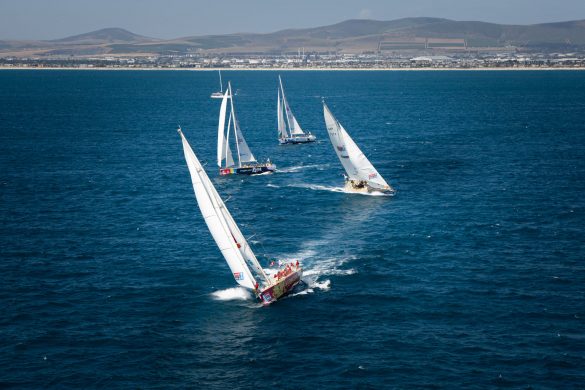 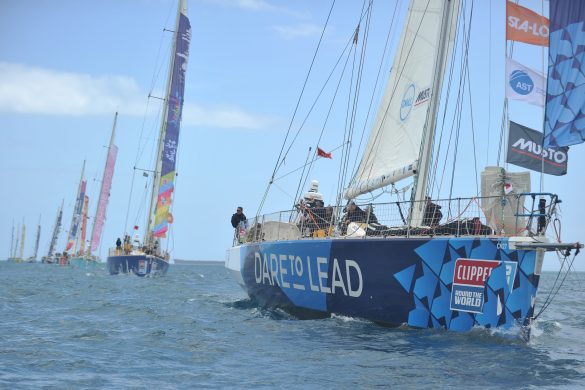 The first Hobie 16 World Championship was held in Hawaii in 1976, and since the 1984 edition in Fort Walton Beach, Florida, the Hobie Way of Life has traveled to destinations such as Fiji, South Africa, Australia, China, and Spain.

For the 2019 Hobie 16 Worlds, the 22nd edition returned to the USA after a 35 year absence with a host of titles to compete for from November 2-16 in Captiva Island, Florida.

The Hobie 16 is the only one design class in the world to supply brand-new identical boats for its World Championships, reinforcing the foundation of the organisation that it is about the people, not customised equipment, which remains its strength.

The 2019 edition hosted 16 days of sailing with two days lost due to weather (one with no wind and one with too much). Here’s a summary:

• The Master’s International Cup was completed with the 54-boat entry over 2-5 November. Eligible sailors 45 years and older, Rod and Kerry Waterhouse (AUS) won the 12-race series, finishing six points ahead of Mark and Grace Modderman (USA) with Darren Smith/ Claire Bisgood (AUS) four point further back in third. Here are the results.

Mark started sailing Hobies in Port Elizabeth with his sister Paula from the infamous Hobie Beach with the likes of Eastern Cape based World Champs Blaine Dodds and William Edwards.

• The focus on November 6-8 shifted toward age and gender World titles:

• The open title extended from November 9-16, beginning with several qualifying stages before the top 56 teams advanced to the final two days to determine the 2019 Hobie 16 World Champions. Full on conditions characterised the first day with six races completed, and when the wind and sea state were too extreme on the final day, Yamil Saba and Gonzalo Cendra (VEN) claimed the title. Mark Modderman sailed in the Open division with Alexander Modderman, placing 18th overall – a huge congratulations! 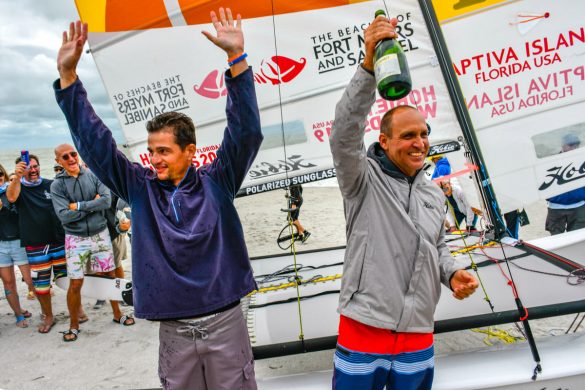 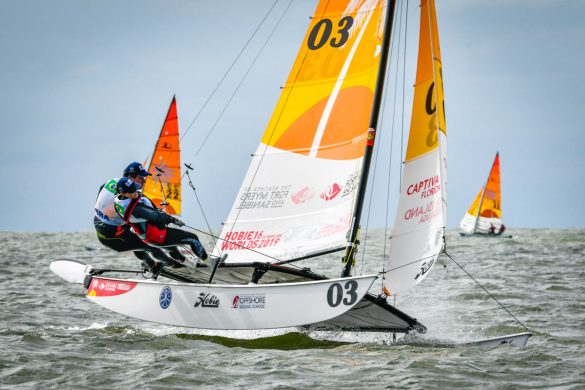 The Mirpuri Foundation Racing Team officially unveiled its Racing For The Planet campaign on Friday at a packed event in Cascais, Lisbon.

The team – which will race in a VO65 in the 2021-22 edition – has placed climate change at the heart of its campaign, building on the foundation’s partnership with Turn the Tide on Plastic in 2017-18.

“We are excited to present to you and to the world, for the first time ever, our new boat that will race the next edition of The Ocean Race. The name of our boat and of our campaign is ‘Racing for the Planet’.”

The country’s shining culinary talents were honoured at the 2019 Eat Out Mercedes-Benz Restaurant Awards at GrandWest in Cape Town on Sunday, 17 November 2019.

La Colombe’s reputation for sophisticated fine dining and beautiful foliage-inspired presentation is well-deserved and is what has made them so worthy of the title of the 2019 Restaurant of the Year at the Eat Out Mercedes-Benz Restaurant Awards. Set high above the Constantia wine valley, its lofty location adds to the feeling that you’re about to experience something special. The eight-course menu (with an optional wine pairing at an additional cost) is a reflection of executive chef James Gaag’s interpretations of local flavours presented in a refined, sometimes quirky, manner.

3. The Restaurant at Waterkloof (Somerset West) 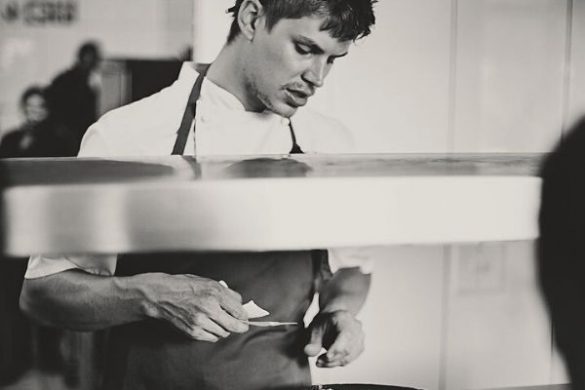 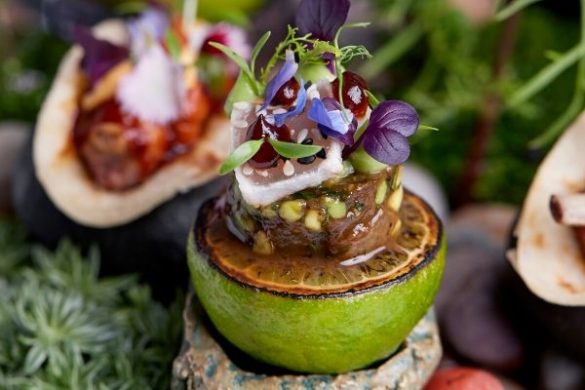 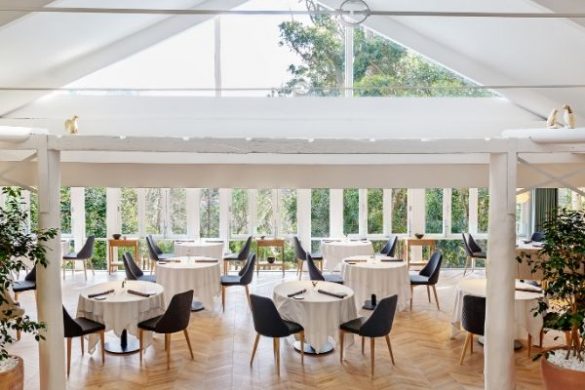 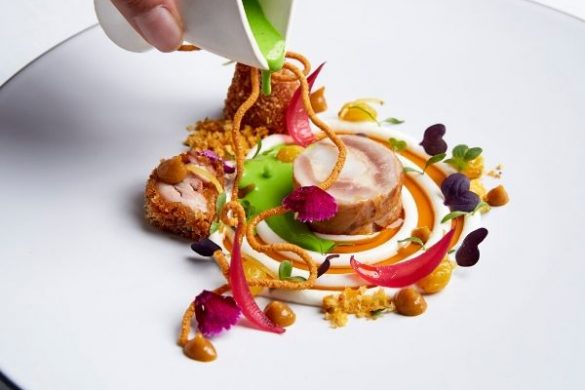 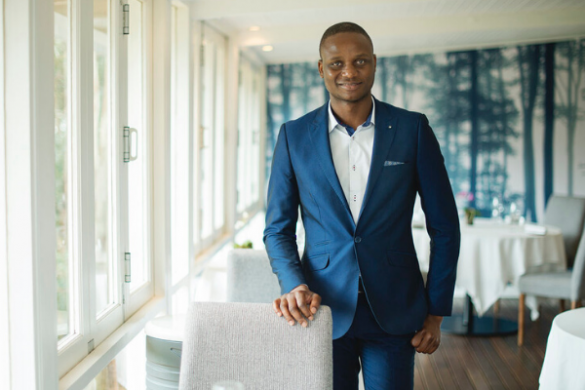 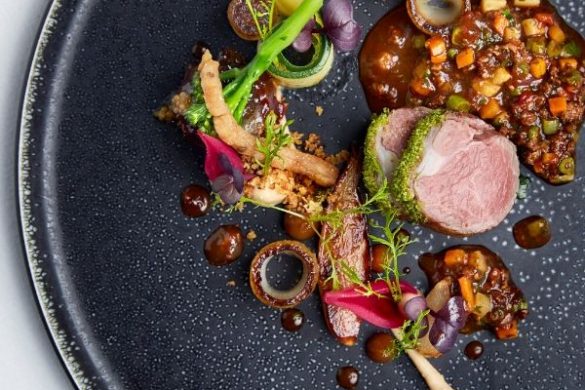 2019 World Para Athletics Championships – Dubai:  Athletes Ntando Mahlangu and Anrune Weyers have shown why they were named the Sportsman and Sportswoman of the Year with a disability at the recent South African Sports Awards.

Weyers landed gold in the T47 400m race, posting a championship record time of 55.79 seconds. It was the cherry on top of an outstanding year for her, which followed an injury-troubled 2018. She went on to bag two more medals, a bronze in the T47 100m and a silver in the T47 200m event.

Mahlangu, a 17-year-old double-amputee who won silver at the 2016 Paralympic Games in Rio de Janiero, won his first world title in the men’s 200m T61 category, finishing in 23.23 seconds and beating his idol and British Paralympic hero Richard Whitehead, who clocked 23.82 seconds.

An ecstatic Mahlangu told reporters: “I didn’t know I would be first. I was a little bit nervous. I just tried to concentrate on myself and on what I wanted to do. I like it when the competition is hard and I’m really grateful for the win.”

Sprinter Mpumelelo Mhlongo got in on the act by breaking his own world record when finishing second in the 100m final. He posted a time of 11.09 seconds. Mhlongo then registered another medal, silver in the T64 long jump. 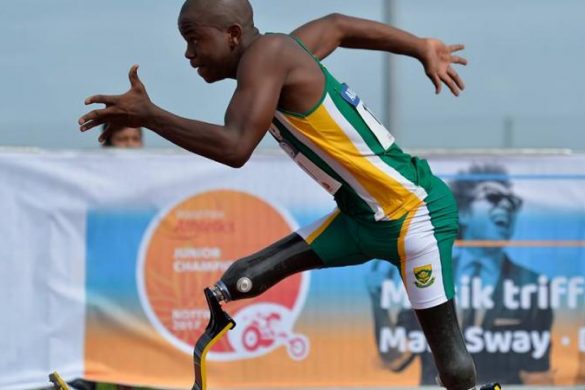 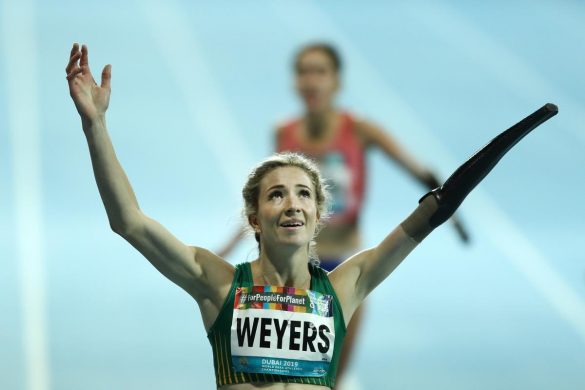 South African Sports Awards – Durban, South Africa: Swimming sensation Tatjana Schoenmaker scooped the highest honour at the SA Sports Awards in Durban on Sunday when she was crowned Sports Star of the Year. The 22-year-old breaststroke star also picked up the Sportswoman of the Year award. Schoenmaker had a breakthrough performance at the 2018 Commonwealth Games where she claimed two gold medals. Earlier this year Schoenmaker became the first South African female swimmer to win a medal at a FINA World Championships when she took silver in the 200m breaststroke in Gwangju.

Other big winners included Springbok Rugby World Cup winning-captain Siya Kolisi, who won the People’s Choice Award. Kolisi is in the midst of a nationwide tour with the team after they defeated England 32-12 in the final in Yokohama to lift their third Webb Ellis Cup.

For a full review of the awards read here. 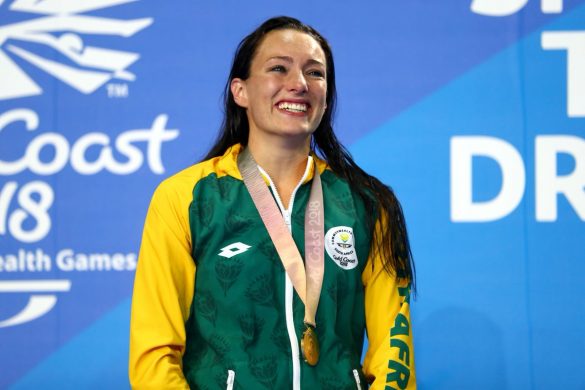