2019 marks the 27th edition of the regatta which was established in 1993. The event is based out of the Royal Hong Kong Yacht Club’s Middle Island clubhouse. Yuye Yan’s Seawolf 2 took the title with an impressive 4 point lead over 2nd place Mandrake III .

Orion DYP helmed by South African Mark Sadler finished in 5th in their division, with Gary Sindler and other South African’s sailing. Ellian Perch has campaigned many Orion boats for years and by taking this sports boat to Asia has created great interest in the Cape 31 design. 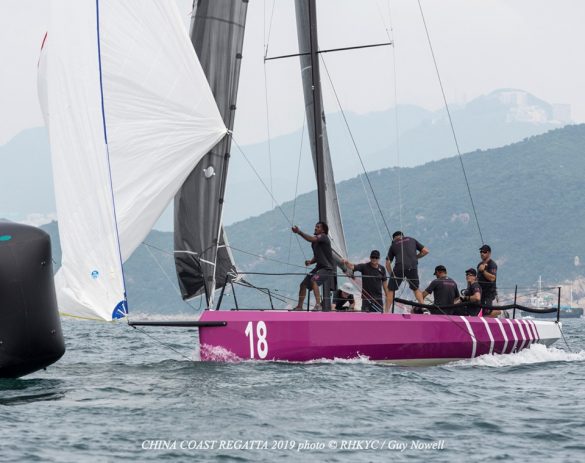 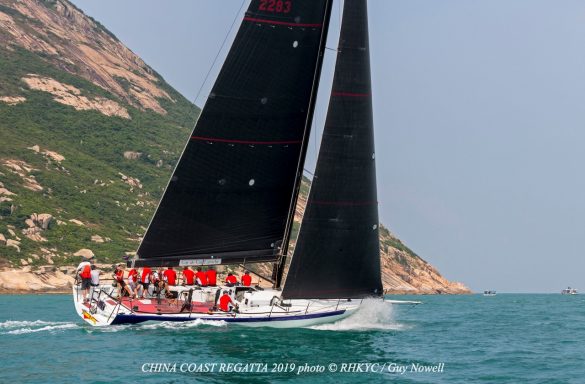 Skipper of the Sail + Leisure optimist, big wave surfer Matt Bromley was out on the vlei this weekend for some practice racing before the main event at The Cape Town International Boat show on Sat, 19th October. Matt will be sailing against 35 other optimists as we aim to raise funds for our partner, The Sea Change Project.

Join us in supporting him and The Sea Change Project by donating to Back our Boat. 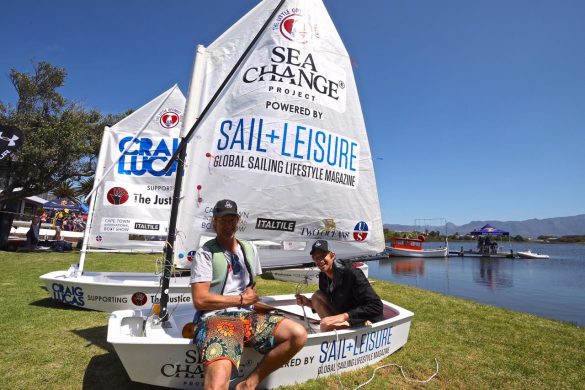 Matt Bromley with Greg Bertish. Matt is sailing for Sail + Leisure and The Sea Change Project in The Great Optimist Race. Photo by Grant Scholtz 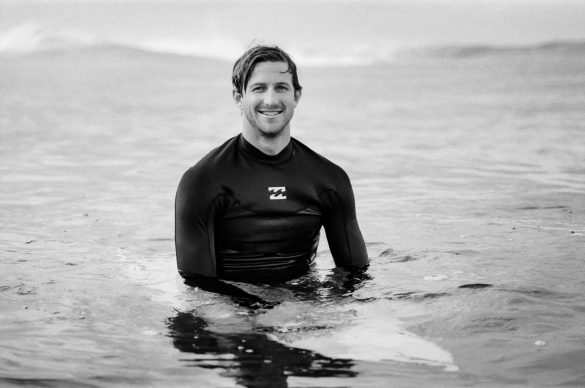 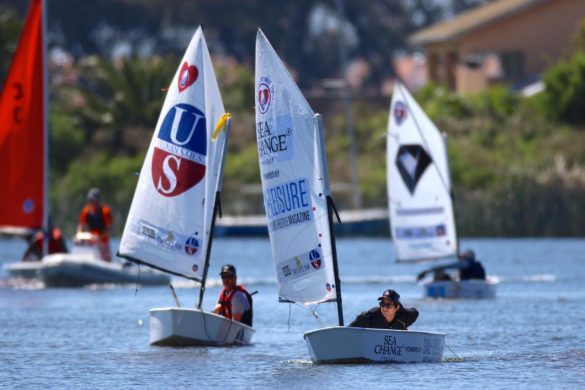 2019 African Laser Standard & Radial Championships took place in Algeria. This was a continental qualification event for the 2020 Tokyo Olympics where the top two countries earned berths at this event.

For the Radial fleet, Mozambique’s Deisy Nhaquile charged early for the win in the medal race, dominating until the end and claiming the African Championship title and the very first sailing Olympic qualification for Mozambique!

Egyptian Khouloud Mansy won the silver medal after finishing fourth in the medal race, also securing Egypt a slot in the Olympics. Bronze went to Algeria’s Malia Karassane after she finished third it the medal race, just behind her Algerian teammate Sana Lechehab, both of which were fighting for bronze and a mathematical possibility of repeating the 2016 Rio Algerian qualification in this class.

In the Laser Standards, Rodney Govinden qualified Seychells and Aly Badawy qualified Egypt for the 2020 Olympics in Tokyo. 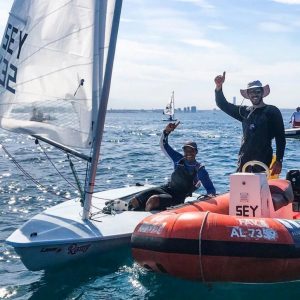 The 2019 FAST40+ season came to a fantastic climax this weekend with the last round of the circuit deciding the overall season champion and podium places. Coming into the weekend Niklas Zennstrom’s Rán led the charge but only by three points from Peter Morton’s Girls on Film. Four teams were vying for the final podium position; Tony Dickin’s Jubilee, Steve Cowie’s Zephyr, Filip Engelbert’s Elvis, and Ed Fishwick’s Redshift.

Girls on Film Took the win at round 6 of the Fast 40 season, but  Rán is the winner of the 2019 FAST40+Race Circuit, retaining the class trophy by just two points. After 48 races contested over seven months of thrilling racing the championship was set to go to the wire on Sunday 13th October. However with no racing Tony Dickin’s Jubilee ends the season third.

Niklas Zennstrom highlighted the reasons why Rán Racing enjoys racing in the FAST40+ Class. “The reality is that the competition is getting better, we can see that in every race right across the board including newcomers like 42 South which is a quick boat in the right conditions. Everyone is getting better and we are looking to improve as well.”

The dates for the 2020 FAST40+ Race Circuit have been announced.

Watch as Skipper Alex Thomson and the team execute a 90 degree test of the new HUGO BOSS, just moments after the boat goes into the water for the first time.

Held at Real Club Náutico de Palma, The Nationas Trophy regatta brought epic racing and conditions filled the waters of Palma this weekend and served as the World Champs for Swan 45 and Club Swan classes bringing a fiery atmosphere to the racing.

A big congratualtions to the winners of each division: 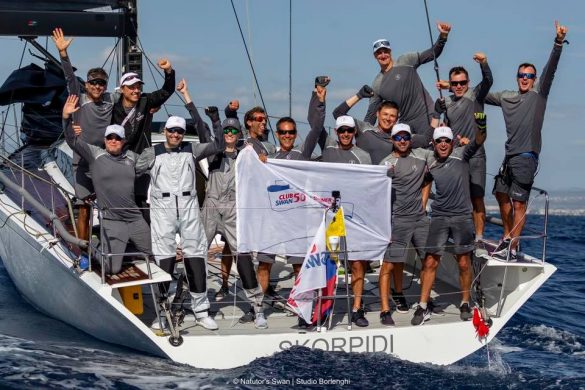 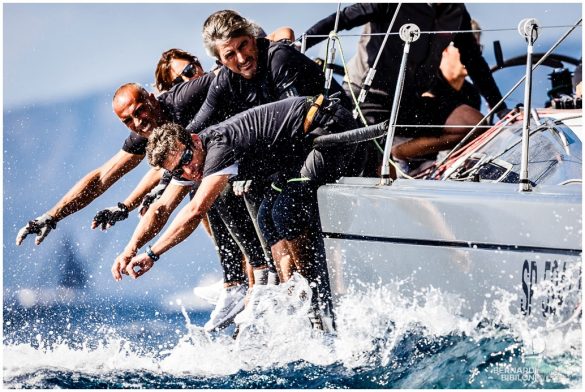 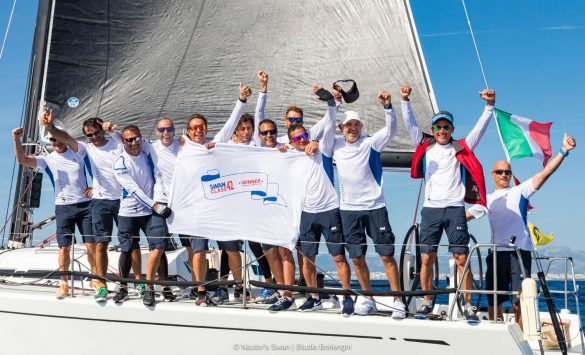 “We are extremely proud of having put the seal once again on this prestigious title, in a fleet that this year more than ever was competitive and extremely packed,” said Perego. “Congrats to our opponents, and to Monsoon and Bombarda who dueled with us until the last jibe.”

Way of Life, owned by the Slovenian shipowner Gašper Vinčec, wins Barcolana51 presented by Generali in 1h54’10’’. The boat beat an epic calm sea and all the competitors who had been tipped to win on the eve of Barcolana, thanks to an outstanding set-off and to the accurate selection of the stern sail.

“What a beautiful day, Barcolana is a never-ending surprise,” commented SVBG chairman Mitja Gialuz, “the largest boats couldn’t sail at their best with no wind and an outsider won, setting off with the right sail and sailing at a very fast pace without slowing down, and staying upright”

In other Sport: 14 October

The Rugby World Cup Japan 2019 – Japan beat Scotland in a nail biting game making history as they are the first ever Asian men’s team to make a Rugby world Cup Quarterfinal. Saturday will see Japan take on South Africa at 12:45 for a shot at a place in the Semi’s.

Ferney Trail Run | Running for a Cause