11 November 2019 – In this Weekend Wrap Up: The Clipper Round the World Race arrives in Cape Town; The Transat Jaques Vabre Race arrives in Brazil; The Melges 20 European Champions were announced and the GC32 racing tour comes to an end with European Champs crowned. And the African Continent speed record is broken.

Maserati Multi 70 arrived in Cape Town today after sailing with a 30 knot tailwind for 320 miles. Giovanni Soldini and his crew set sail from Singapore on October 29th on the 6200 miles trip. Maserati has entered the Cape to Rio Race for the second time, winning Line Honours in the 2014 edition on a Volvo 70. And this time round they hope to break the transatlantic record on the Multi 70. 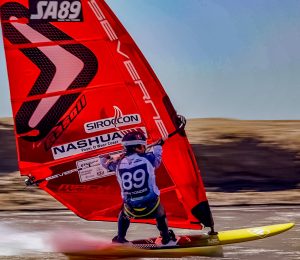 The GC32 Racing Tour Oman Cup has been hailed as a great success, following exciting and highly competitive sailing in Muscat. In what was the final event of the 2019 GC32 Racing Tour season, the four days of racing off Al Mouj Marina in Muscat tested the fleet of international crews, with the initial light winds giving way to a strong breeze that saw the high-speed state-of-the-art foiling GC32 catamarans come alive.

As the rest of the Clipper fleet made their way into the V&A Waterfront Marina over the weekend we celebrated and cheered on our South African sailors in the Clipper round the World Race.

As part of the northerly pack in the initial stages, Imagine your Korea took the slightly longer route, but this was rewarded with three bonus scoring gate points, which will be added to the five points for seventh place. On board was South African crew member, Rob Stewart, a 62 year old farmer from Durban, who celebrated sailing into his home country with his friends and family looking on: “We had some really bad conditions, especially last night. It was really trying but we stuck through it as a team. I served in the South African Navy but have never sailed into my home country before. It is pretty special to be coming home. The welcome was unbelievable, and having the people on the quay was fantastic. Fourteen of my family are here, so I’m looking forward to seeing them.”

A beautiful sunset welcomed local sailor David ‘Wavy’ Immelman and his team GoToBermuda as they crossed the finish line at 17:26:58 in ninth place. In honour of their Captonian Skipper, the crew were adorned with ‘Wavy’ inspired moustaches cheered on by one of the loudest crowds of the arrival window so far.

“The race was brilliant, not as much Spinnaker as I thought there was going to be but the crew handled the weather, even the worst of it”Says David ‘Wavy’ Immelman, “We successfully went through the first low pressure system and then thought we would go north and through the top of the second one to get an advantage. But as it was the guys who stayed in the middle of the course did well, those at the bottom didn’t and those at the top came in the middle. It was a hard race, lots of 40 knots plus upwind, the crew were brilliant they handled it well and so did the boat.”

Fellow Capetonian, skipper Nick Leggatt and his team on Zhuhai, are scheduled to arrive at 13.30 (UTC) on 12 November. 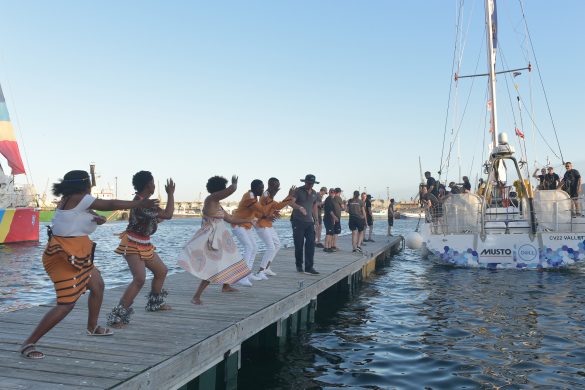 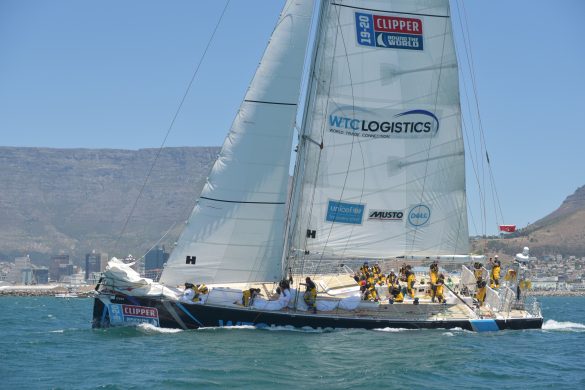 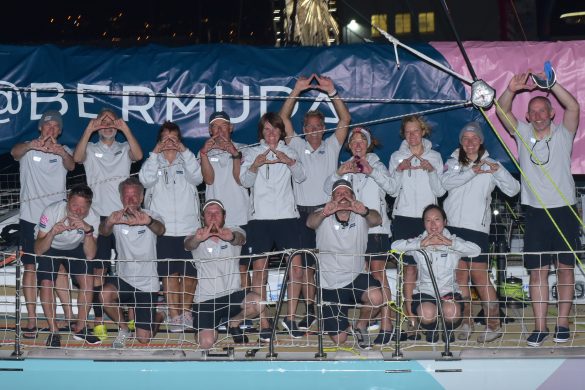 Charlie Dalin and Yann Eliès on their 60ft monohull, Apivia, have won the IMOCA class of the 14th edition of the Transat Jacques Vabre Normandie Le Havre after crossing the line in the Bay of All Saints in Salvador de Bahia on Sunday, November 10, 2019 at 00:23:00 (UTC ), taking them 13 days 12 hours 8 minutes and 0 seconds to complete the race after leaving Le Havre, France – Dalin’s home town – on Sunday, October 27.

Apivia covered the course of  5,061.85 miles at an average speed of 15.62 knots. Despite the far less sympathetic conditions for this edition, they were only four hours outside the record set by Jean-Pierre Dick and Yann Eliès, (13 days 7 hours 36 minutes and 46 seconds). Eliès, Co-skipper of Apivia, joins elite company with his third victory in the Transat Jacques Vabre Normandie Le Havre, and retains his title having won the IMOCA in 2017.

In Third was Jérémie Beyou and Christopher Pratt, on Charal, finishing on Sunday, November 10, 2019 at 16:11:00 (UTC), Taking them 14 days, 3 hours 56 minutes and 0 seconds to complete the race. Leaving only 6 Minuets 18 seconds between second and third place.

Our ‘Team to watch’ 11th Hour Racing, led by co-skippers Charlie Enright and Pascal Bidégorry, finished in 5th place on Sunday after 14 days, 6 hours, 10 minutes and 23 seconds of sailing.

Alex Thomson and Neal Mc Donald on Hugo Boss were forced to retire after hitting an unidentified object, suffering damage to their keel. They made a slow 800 mile crawl to the Cape Verde islands without a keel. It is still not known what they hit. 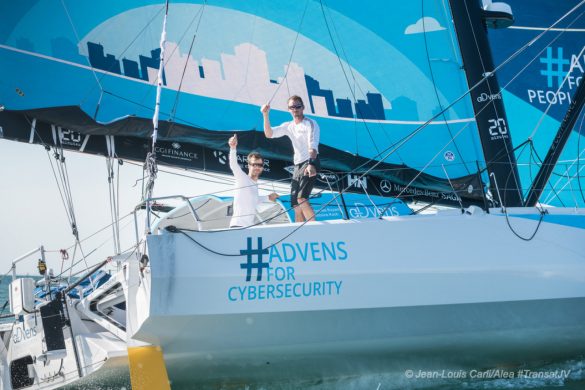 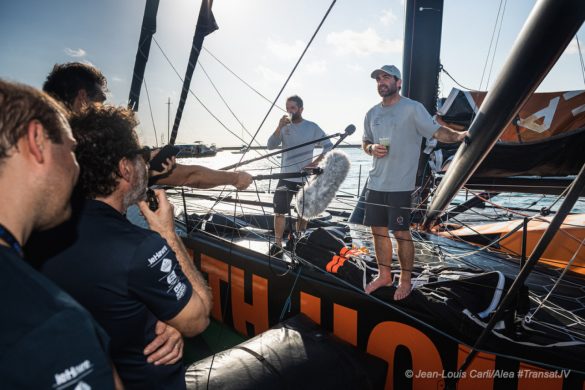 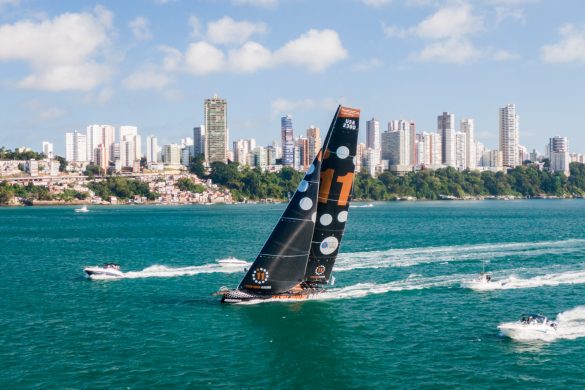 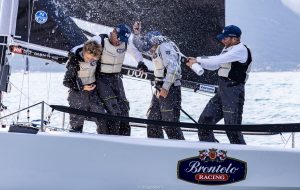 FINA Swimming World Cup in Doha, Qatar: South Africa’s Chad Le Clos produced a winning effort of 1:57.66 in the men’s 200m fly to earn his 145th World Cup gold medal. This paired with the gold medal in the mens 100 metre Butterfly race in a time of 51.70. just before. Beaming with pride he shared his happiness on twitter, “Gold tonight in the 100fly, always proud to represent my country”.

Rugby World Cup Champions Tour: The Springboks have been touring the country on their victory tour after winning the Rugby World Cup in Japan. Today, Monday 11th Nov, makes the end of their tour as they visit the streets of the Mother City.