In the weekend sailing wrap up: Loro Piana, SailGP and The Ocean Race Europe. We are so excited to see multiple regattas take place over the same weekend. Sailing events have finally kicked off in Europe, and this weekend proved that sailing federations, boat owners and sailing crews are keen to get the season started.

A small fleet of 16 boats in three classes raced the beautiful waters of Porto Cervo. Irvine Laidlaw’s Gunboat 68, Highland Fling XV11 won the multihull class. South Africans Hylton Hale, Jan Dekker and Mike Giles were crew onboard. The superyacht division was won by Missy,  the 33-meter, Malcolm Mckeon YD. This was the first time that a multihull division competed in the event.

After three days of perfect breeze, the final day of the 14th edition of the Loro Piana Superyacht Regatta, hosted by YCCS, was characterised by lighter airs. With a breeze from the east between 8 to 10 knots, both the multihull and superyacht divisions were faced with a course of about 15 miles. The course includes rounding the Monaci islet, leaving the distinctive lighthouse to port to enter the Golfo delle Saline, round the Secca di Tre Monti, before heading for the finish off Porto Cervo via the Bisce pass.

The fleet taking part in the Southern Wind Rendezvous, meanwhile, sailed to Cala di Volpe bay where they anchored for lunch before returning to Porto Cervo marina for the Prize Giving.

Missy, built by Vitters, clinched another bullet to conclude the event with a perfect record of four wins. Second place overall went to the Swan 115 Shamanna – and the final step on the podium went to the Wally Y3K, owned by Claus-Peter Offen with Karol Jablonski calling tactics.

In the multihull division the leader of the day and the overall winner was the Gunboat 68 Highland Fling XV11, with tactician Cameron Appleton. Second place overall went to the HH66 R-Six, just one point ahead of Allegra in third, for whom a second in the last race was just not enough to climb up the overall standings.

The SW94 Aragon, racing in the superyacht division, received the Southern Wind Trophy.

What the tacticians had to say

Matthew Humphries, tactician on Missy: “We’re very happy, the determination from the boss, from the crew, to come back here after being away for so long was remarkable. We’re overjoyed. We just wanted to come here and hit the ground running, picking up from where we left off in the last superyacht race we did a year and a half ago. We’ve enjoyed Porto Cervo a lot and I’m sure we’ll be back.”

Cameron Appleton, tactician on board the multihull Highland Fling XVII: “A fantastic week, I’m really pleased that the YCCS brought in the multihulls at the Loro Piana, a welcome change, these are showing to be fantastic boats. We had some really close racing, especially with the Allegra team. A perfect week. Four great days of sailing. The team did a phenomenal job, it’s our first time on this boat so we had quite a steep learning curve and we’re now sailing a lot differently. We had a great time, how could you not in Porto Cervo, in this scenery.” 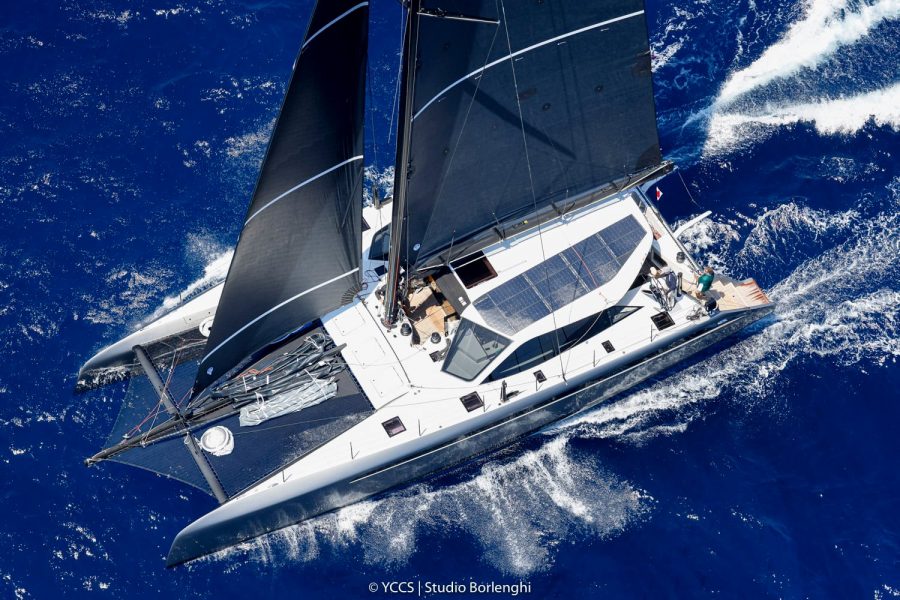 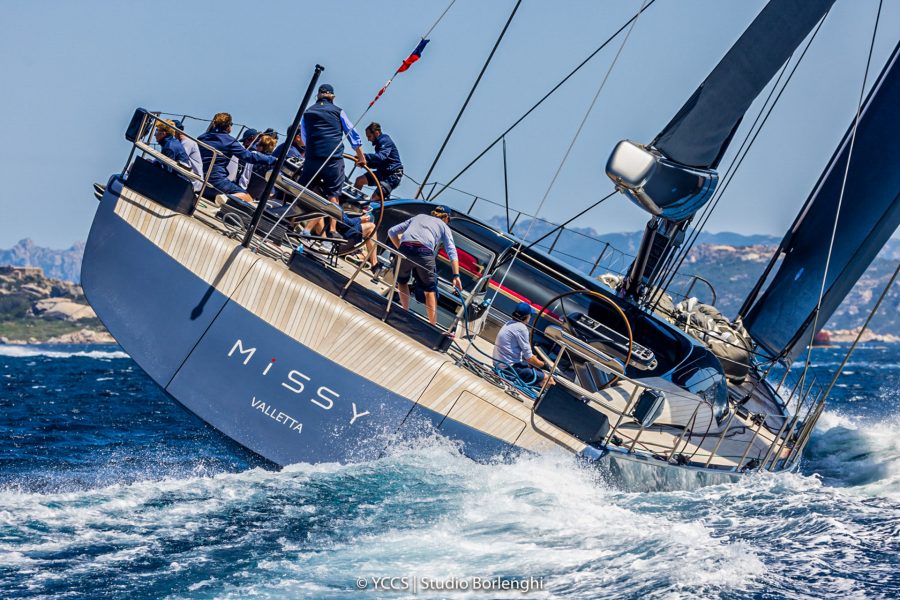 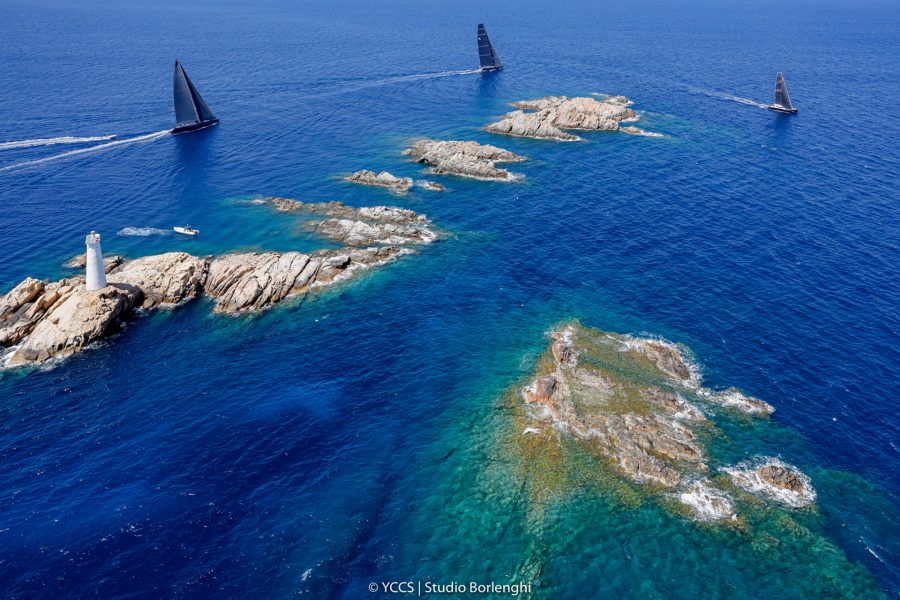 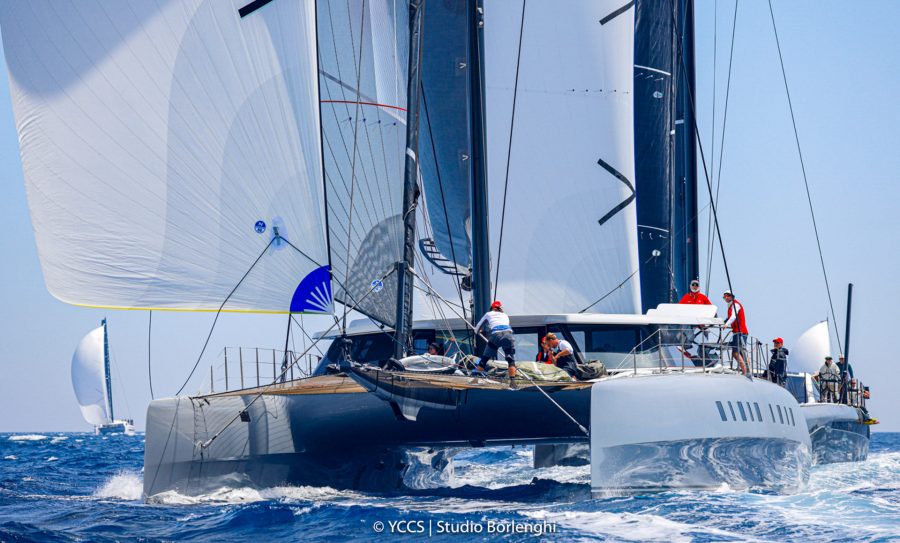 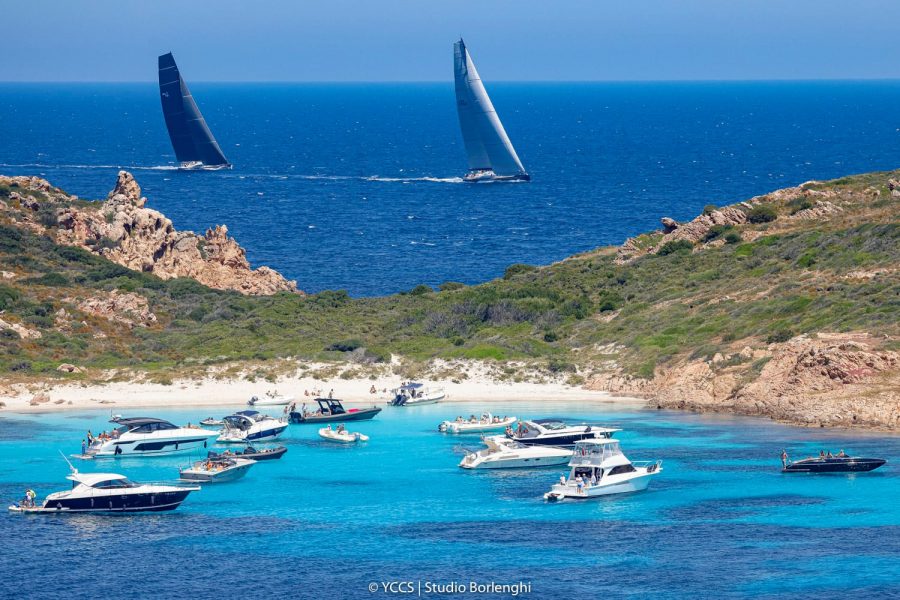 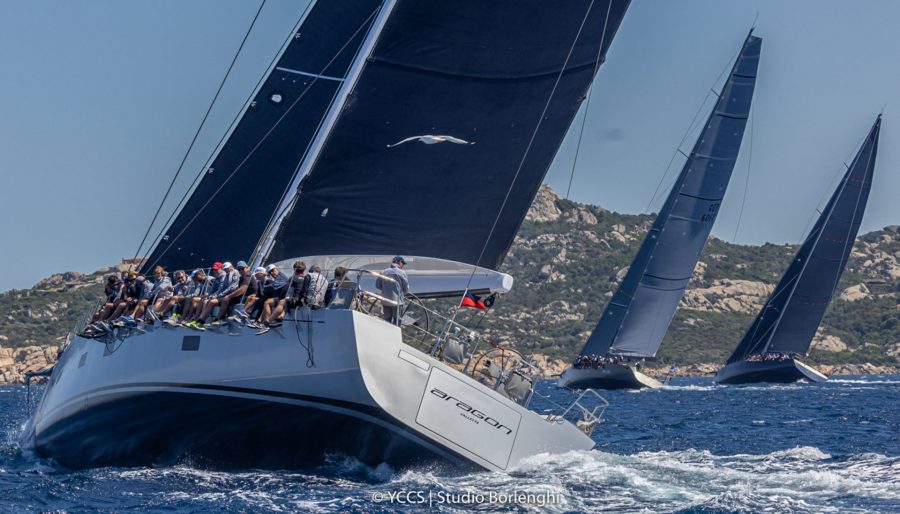 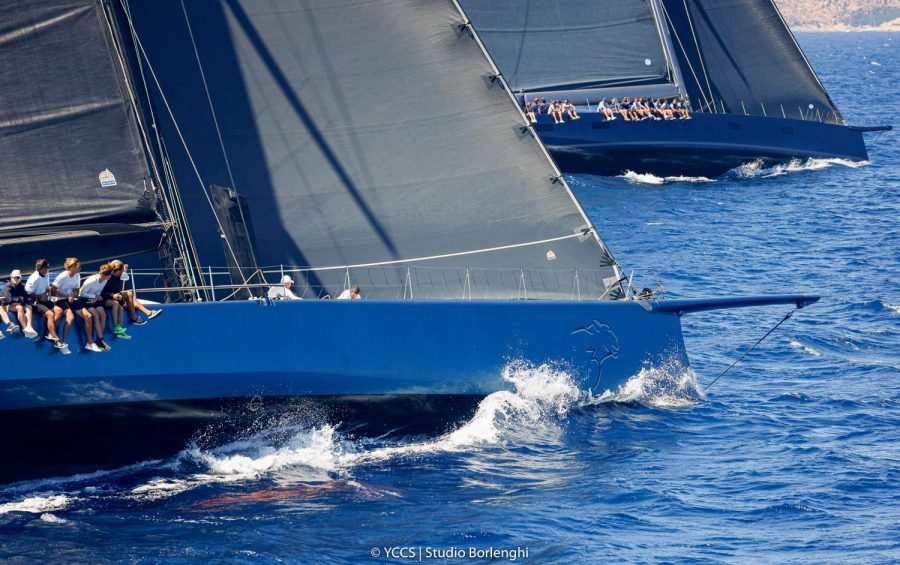 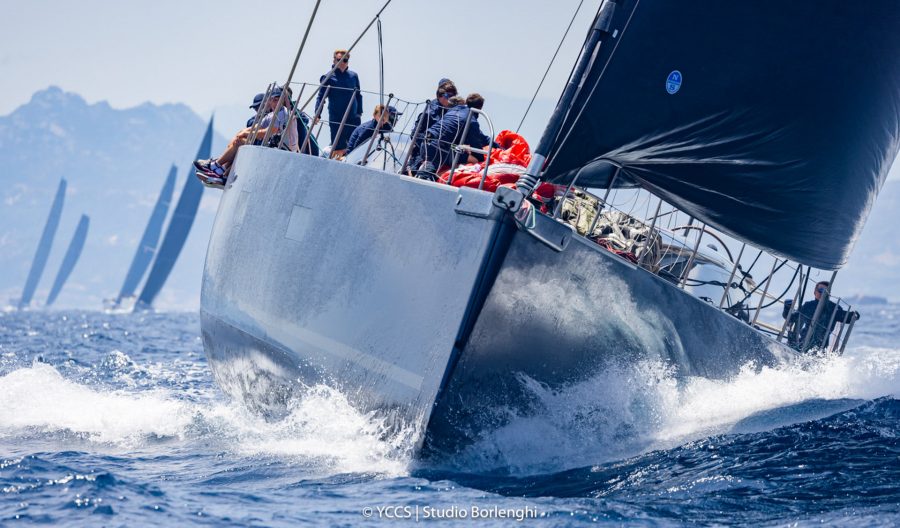 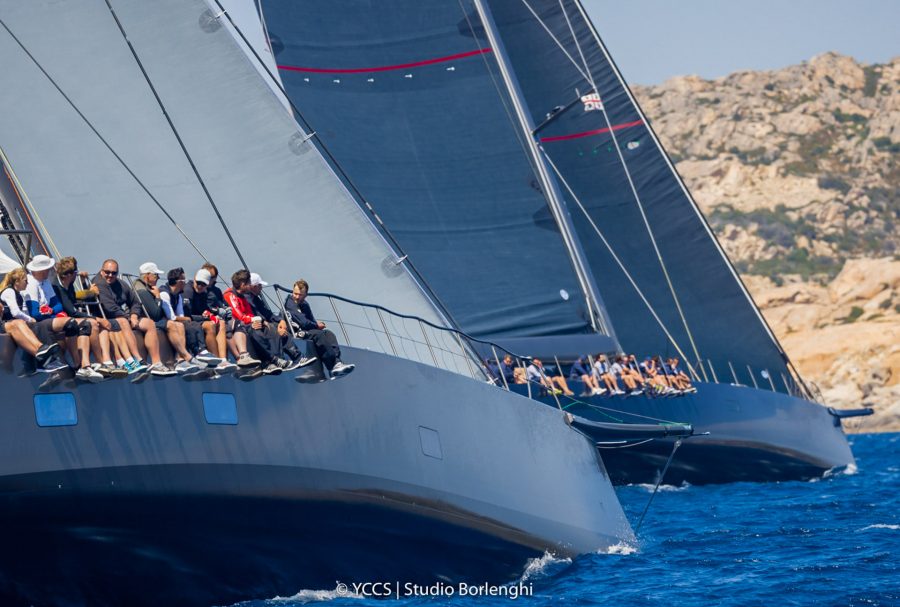 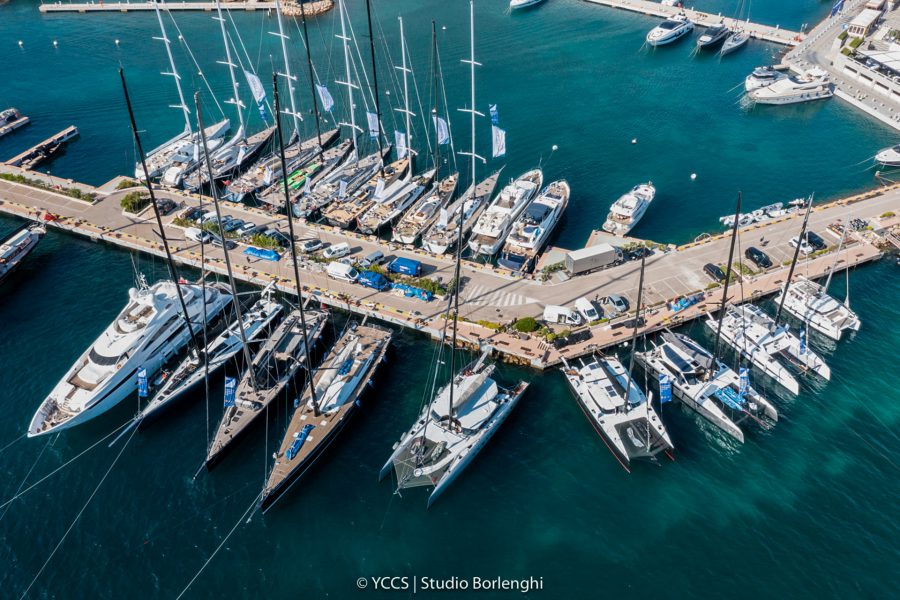 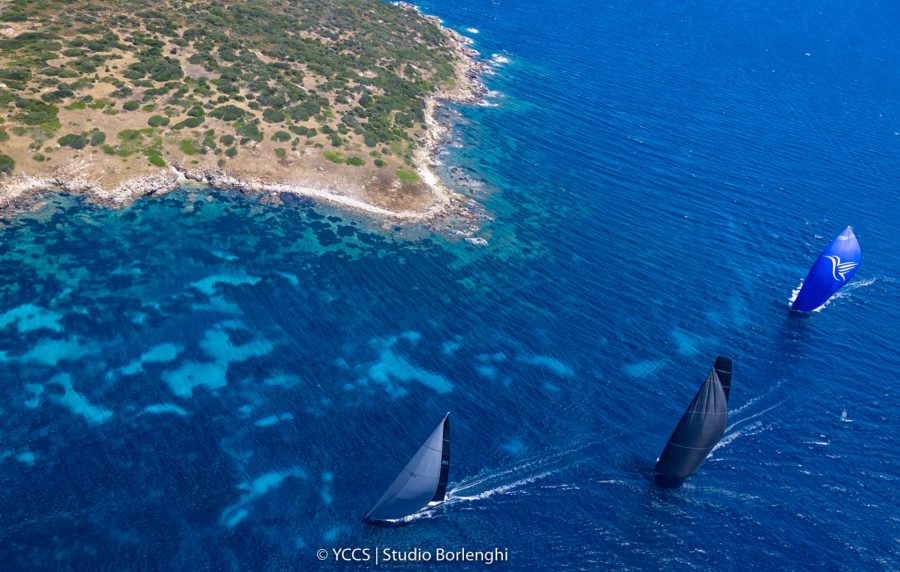 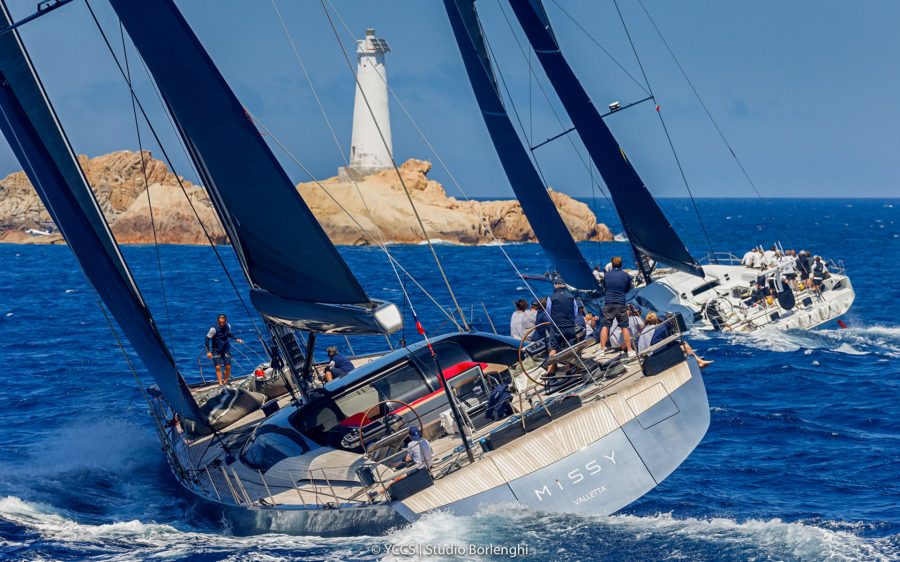 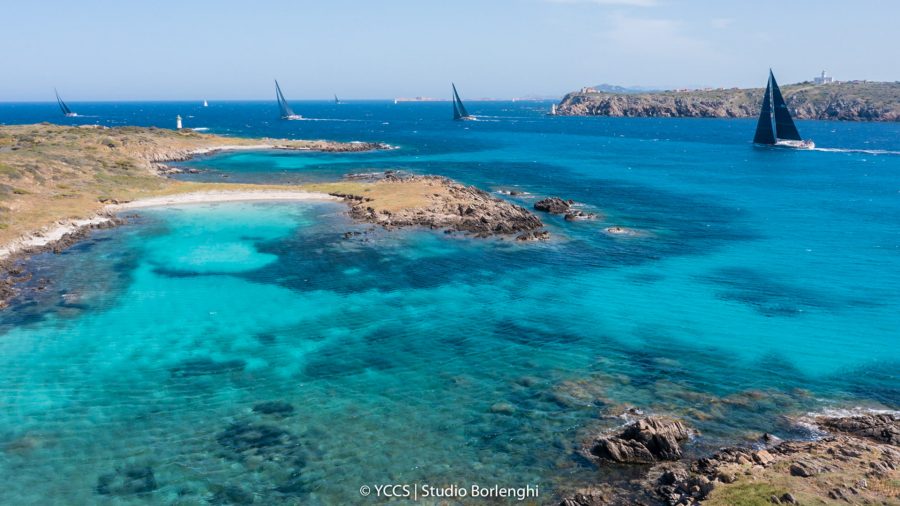 The second event of the 2021 SailGP season was won by Nathan Outteridge’s team, SailGP Japan. The event got off to a slow start in light airs on day 1, but this didn’t stop the F50’s from taking flight.

There was drama on day two in the finals. Jimmy Spithill’s team had won the start of the three-team final race in Italy, averaging 10kp/h faster than Japan and Spain who also qualified for the Finals.
Unfortunately, when the team raced towards the final bottom mark of the course, the F50’s carbon fibre wing-tipped rudder hit something underwater with enough impact to break it. Video review revealed that the rudder shaft held together until the team went around the mark where it separated causing the race boat to abruptly leap into the air before slowing to a crawl.
SailGP’s on-water Marine Mammal Observation team went back to the area and, after an extensive search, found no evidence that marine mammals were involved in the incident.

Two-time America’s Cup winner Spithill, 41, explained: “Extremely tough way to end it. We were really sailing a perfect race, and all we had to do was round the mark and head to the finish. Now I know how a Formula 1 driver feels when you have two corners to go, and you have an engine fail. You can’t control having a significant impact under the water.”

See the event highlights below.

Leg 2 of  The Ocean Race Europe got going on Sunday in medium airs. The fleet of VO65’s and IMOCA 60’s is headed to Alicante, Spain. This after The Mirpuri Foundation Racing Team won the coastal race in their home port, Cascais on Saturday. Big winds and big seas are expected over the next few days.

Watch the start highlights below.