On World Earth Day we thought it fitting to focus on ocean health. We can’t fix what we don’t understand, so we are pleased to learn that The Ocean Race Europe will collect vital data about the impact that humans are making on the ocean.

Several teams taking part in The Ocean Race Europe will carry scientific equipment on board to capture measurements of micro-plastics in the water and data about the impact of climate change on the seas. The Ocean Race Europe scientific data collection activity is endorsed by the UN Decade of Ocean Science for Sustainable Development, which supports efforts to reverse the cycle of decline in ocean health and create improved conditions for sustainable development of the ocean. 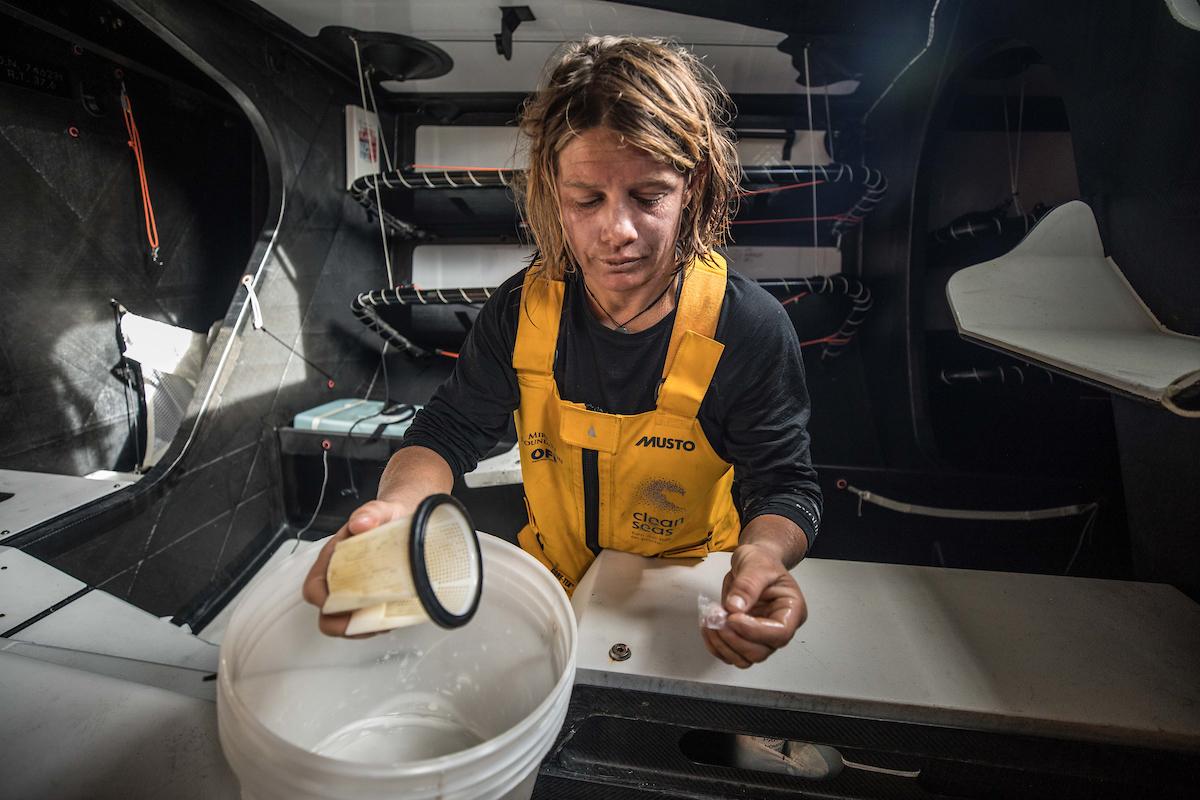 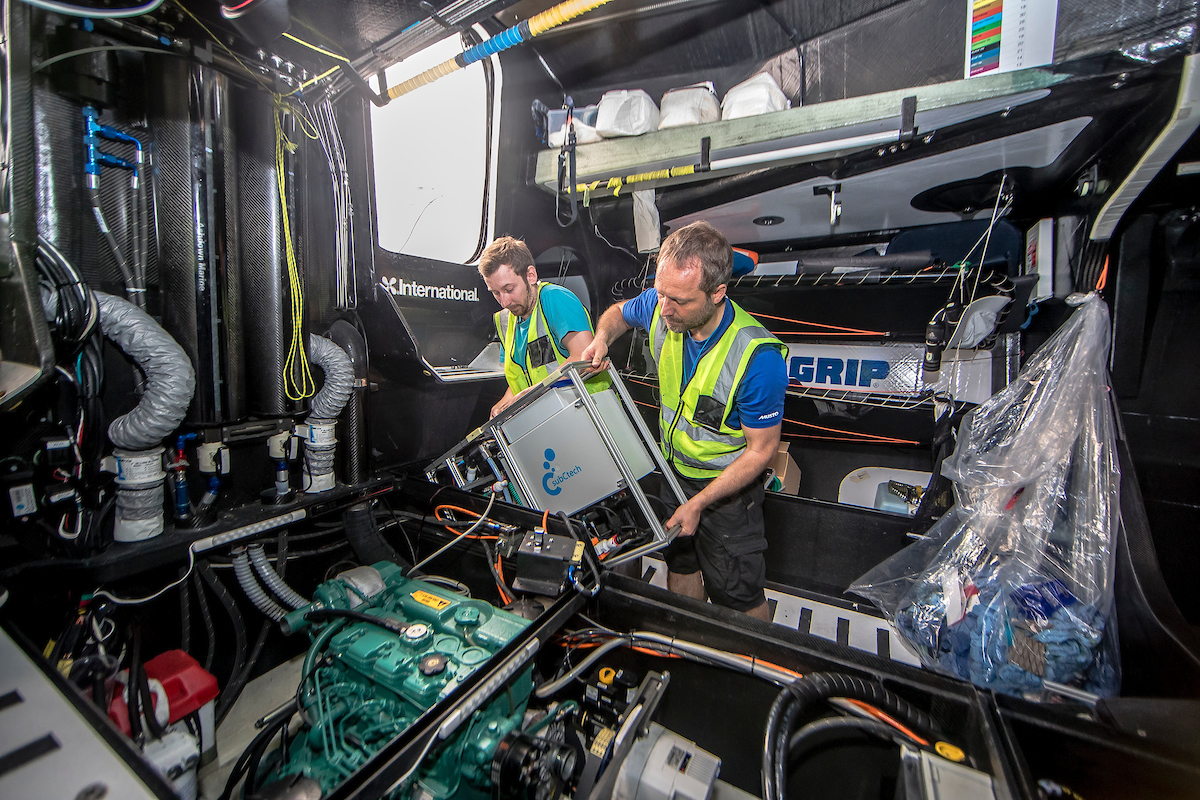 Climate change and plastic pollution are two of the biggest threats to the health of the seas. The ocean plays a critically important role in climate regulation. It has absorbed over 90% of man-made excess heat since the 1970s and absorbs a quarter of human made CO22, helping to effectively mitigate climate change. Plastic, meanwhile, is a more visible problem, with at least 8 million tonnes of it entering the ocean each year, harming marine species that ingest or become entangled in it.

The data collected during The Ocean Race Europe will be provided to scientific organisations that are studying and mapping these issues. Measurements of dissolved CO2 taken by the 11th Hour Racing Team will be used by EuroSea, a European Commission funded programme that assesses the role of the ocean in climate change and improves the ocean observing system. During The Ocean Race Europe, boats will race through the Western Mediterranean, one of the global hotspots for carbon absorption by the ocean and one of EuroSea’s focus areas for their carbon audit project.

Dr. Toste Tanhua from EuroSea said: “The ocean is doing humankind a great service by absorbing huge amounts of CO2 and heat. EuroSea is working to improve the way that these benefits are measured and understood, including the monetary value they bring.

“The Mediterranean Sea is very efficient at absorbing CO2, but its ability to do this can vary and needs to be closely monitored, which is why additional data is so useful. Working together with the sailing community on this quest is a great opportunity to align our interest and passion for the sea for a common goal.”

11th Hour Racing team will submit CO2 measurements to the Surface Ocean Carbon Dioxide Atlas (SOCAT), which provides data for the Global Carbon Budget, a yearly assessment of CO2 that informs targets and predictions for carbon reduction. It is vital that scientists understand the levels of CO2 in the ocean to form an accurate budget and keep the world on track to stay within the Paris Agreement goal of limiting global warming to below 1.5 degrees Celsius.

Mairéad O’Donovan, The Ocean Race’s Science Programme lead said: “We know how important the ocean is, not just to the sport we love, but in regulating the climate and providing us with food, jobs and the oxygen we breathe. We also know that human impacts are seriously degrading the ocean. By capturing data about the state of our seas, through this unique collaboration between sailors and ocean research organisations, we are able to contribute to increased understanding of ocean health. It’s a privilege to be able to provide data of value to the scientific community and it’s vital that governments act on the scientific evidence to protect and restore our ocean and all that depends on it.”

In collaboration with GEOMAR Helmholtz Centre for Ocean Research Kiel and Utrecht University the data gathered by the VO65 teams will contribute to the development of a three-dimensional map of all the plastic in our ocean, by providing measurements in areas where there is currently a lack of data. Samples will be analysed by GEOMAR laboratory scientists and the data will be modelled by a team at Utrecht University who will investigate the potential for the microplastics to transfer into the food chain and deep-sea ecosystems.

Erik van Sebille, Oceanographer at Utrecht University said: “The unique feature of The Ocean Race is that the vessels go lightning-fast. This speed provides a great opportunity for us, because it means that the measurements at different locations are taken with a minimum amount of time between them, meaning the ocean currents won’t have changed during the sampling. This makes interpretation of the observations much easier. Measuring microplastics in the ocean is really difficult work, and the more organisations and teams help out, the more data we get.”

The Ocean Race Europe takes place in May/June this year, starting in Lorient in North West France and finishing in Genoa, Italy. As well as capturing data during the race, Ambersail2 will also collect data during a prologue event in the Baltic Sea in Northern Europe. This will be the first time such measurements have been taken in the Baltic sea, which is considered to have very high pollution levels. Gathered data will be shared with the Marine Research Institute in Klaipeda University for further research of pollution in the Baltic sea.

The Ocean Race launched its innovative science programme during the 2017-18 edition of the round-the-world sailing race. As the seven boats travelled through some of the most remote parts of the ocean they measured a range of variables to help provide insights on weather, climate change and microplastics.

For the next edition of The Ocean Race in 2022-23 the science programme will be expanded further, with even more boats carrying specialised equipment so that a fleet will capture direct measurements from parts of the ocean rarely accessible for scientific research.

The science programme is part of The Ocean Race’s multi-award winning ‘Racing with Purpose’ sustainability programme. 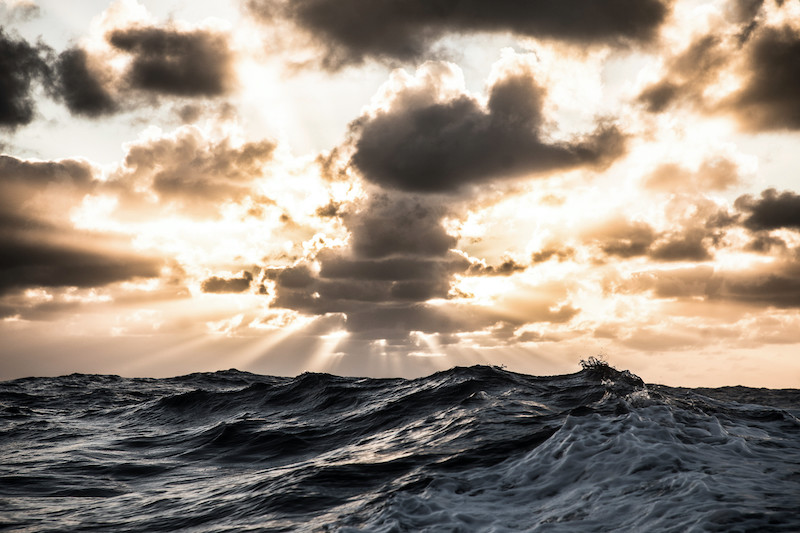 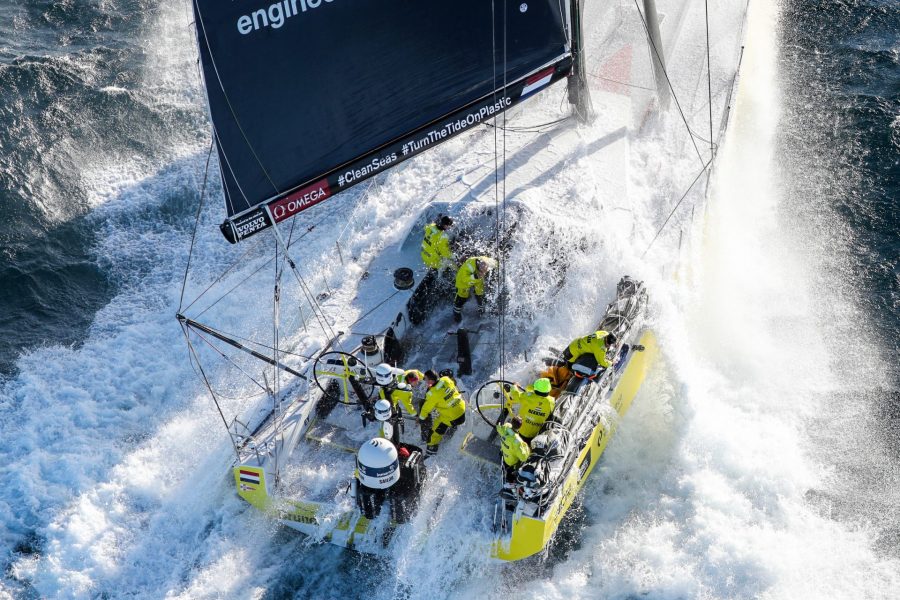 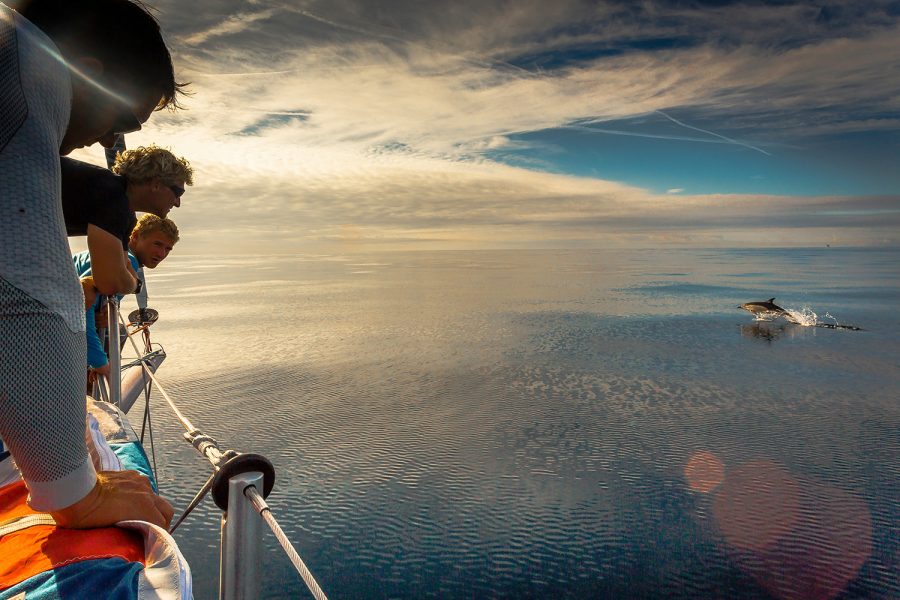 September 4,2014. The crew of Team Vestas Wind staring to a dolphin who came greet the boat on their delivery fro Southampton to Alicante in the coast of Portugal. 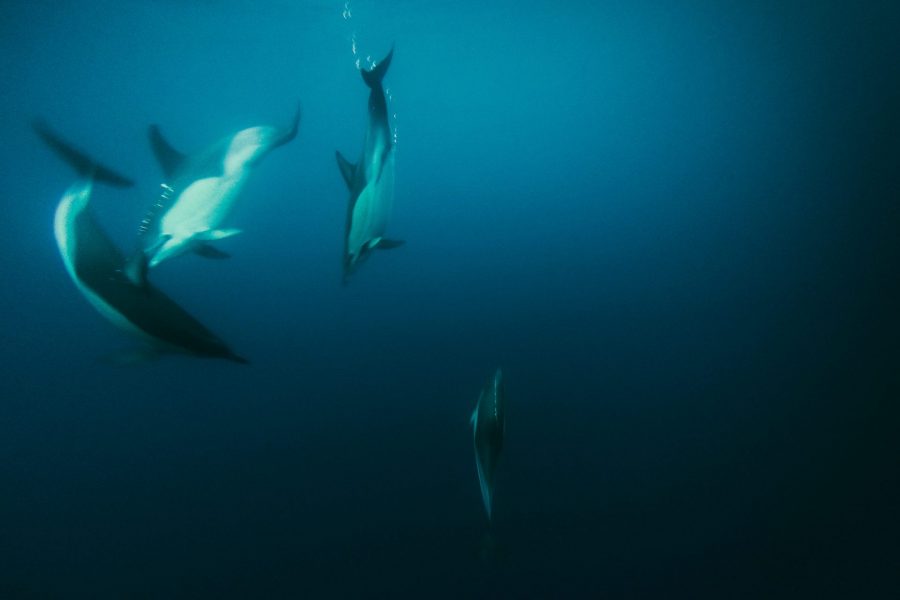 June 8,2015. Leg 8 to Lorient onboard Team Alvimedica. Day 1. A group of Portuguese dolphin blow off some early morning energy in the cold North Atantic water. A tricky night of choices,most notably whether to sail north inshore along the coast or further offshore to the west,was made tougher by persistently light conditions and clouds.