Things are hotting up for teams competing in the 36th America’s Cup in New Zealand in 2021.               With boats and teams arriving weekly, the Challenger on Record, Luna Rossa Prada Pirelli, is the latest team to deliver their 2nd boat to the competition venue. The Prada Cup – the Challenger selection series – takes place in Jan and Feb 2021 to determine who will challenge the Defender, Emirates New Zealand in the America’s Cup match in March 2021. Luna Rossa will be skippered by Jimmy Spithill.

The second Luna Rossa Prada Pirelli hull arrived in New Zealand on 5th October. The cargo left the Bergamo-Orio al Serio Airport on October 2nd on an Antonov 124-100, and reached New Zealand after 60 hours of travel that included two technical stopovers, covering over 18,000 km. The boat and equipment were transported to the new team base on Hobson Wharf where assembly and the first load tests will take place in the next few days.                The launch is planned for the end of October, in order to resume training on the Hauraki Gulf soon after. 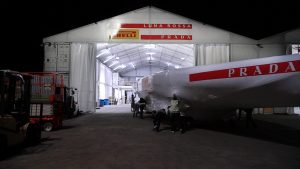 Boat 2, built at the Persico Marine shipyard in Bergamo, about 10 km from the airport, was transported with an oversized load vehicle, and loaded on an Antonov 124-100 on 2nd October, one of the largest cargo planes in circulation. Together with the hull, the cargo included the mast and one of the support boats.

Horacio Carabelli (co-design coordinator): “The shipment of a race boat this size is always a challenge. We had a very good loading plan, based on a careful study of all the equipment, that allowed us to bring our chase boat (the support boat equipped with telemetry systems) on the Antonov, allowing us to use it in Cagliari until the last day of sailing in Italy. Our plan now is to resume training on the water by the third week of October.” 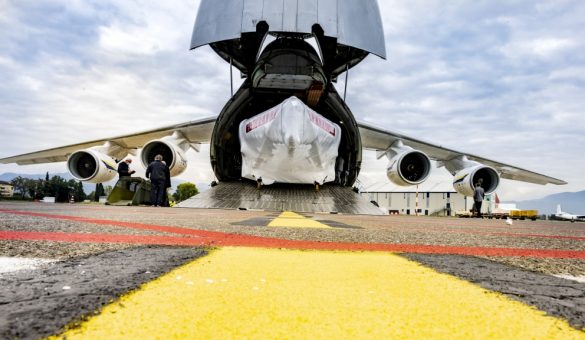 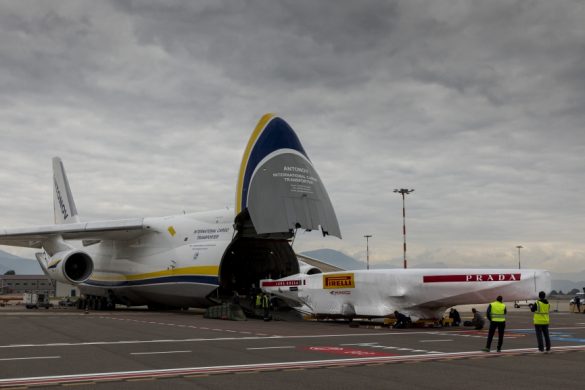 Like the first boat – launched just over a year ago on October 2nd 2019 – the second hull was built at the Persico Marine shipyard in Bergamo.

Marcello Persico, CEO – Persico Marine
“Having created Luna Rossa’s Boat 2 makes us proud of our people above all, and the technical level that our company has reached, contributing to the world’s premium sailing challenge to claim the America’s Cup. This “Made in Italy” project has once again highlighted the innovative and cutting-edge qualities of our region, which has again proved to be second to none at an international level.

The complex operation took place with the full support of the operational structure of Bergamo-Orio al Serio airport, the “Pierucci Giuseppe” di Massimo & Fabrizio Pierucci company of Livorno, which has handled the team’s logistics for over 20 years. The efficiency of the Persico Marine shipyard was on display too having supported this ambitious project from the very beginning.

Max Sirena, Skipper and Team Director
“This is an important day for our challenge. I want to take this opportunity to thank Persico Marine, and all the people involved, for their hard work. We can’t wait to get Boat 2 out on the water and start sailing in the Hauraki Gulf.” 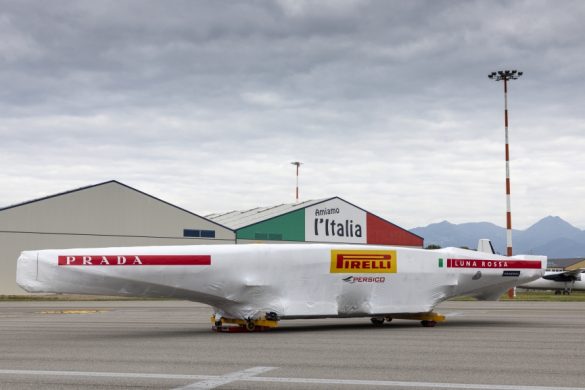 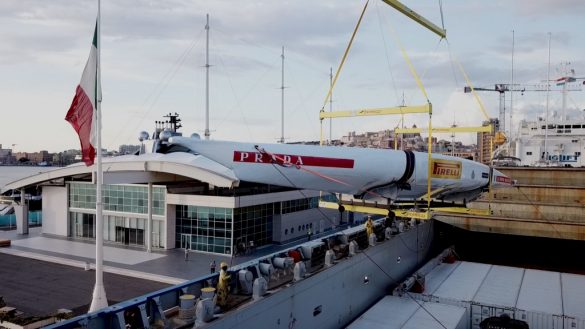 Inauguration of the Passeggiata Luna Rossa at Molo Ichnusa quay

On 11th of September an installation of photographic panels along the Passeggiata Luna Rossa was inaugurated at Cagliari’s Molo Ichnusa quay, in the presence of Massimo Deiana, President of the Sardinia Port System Authority.

The exhibition consists of 22 panels, set along the 110-meter shaded walkway alongside the Luna Rossa Prada Pirelli team’s base, leading to the former Cruise Terminal building.
The images recount the history of the America’s Cup, the oldest trophy in the sporting world, as well as the team’s six participations, with a special focus on the latest campaign.

It features an in-depth look at the AC75, the foiling monohull developed to take part in the PRADA Cup races and the 36th edition of the America’s Cup presented by PRADA, being held from January to March 2021 in Auckland (NZ). 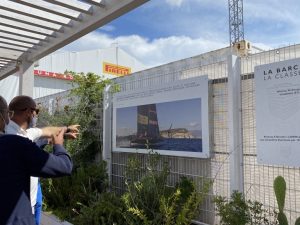 Read more about the Challenger on Record here.