Team Sodebo Voile – Thomas Coville Racing in the Brest Atlantiques Race had to make an unplanned stop in Cape Town on Thursday 21 November 2019 to begin a quick repair on their rudder and aft float missing from the boat. A shore crew of 7 flew in to effect repairs so as to send them on their way as soon as possible. S+L contributor Jeff Ayliffe chatted to Skipper, Thomas Coville about the incident. “The starboard rudder was sheared off, damaging the underside of the aft float before being completely lost off the boat. It didn’t take long for the sheer force of the water hitting the damaged aft float at speeds in excess of 25 knots, for the float to break off. The watertight bulkhead just forward of the rudder saved the day”, he said

They have now fitted a temporary transom and have a shorter waterline on the port tack. The central rudder was also partly damaged and has now been fixed.

The Brest Atlantiques Race started with four giant Ultim 32/23 trimarans in a fresh 30 knot breeze on 5 November. The race is a 14000 mile sprint both up and down, and twice across the Atlantic Ocean. The non-stop course is from Brest to Brest via Rio de Janeiro and Cape Town.

These Ultim 32/23 trimarans are so called referring to the 32m in length and the 23m in width. They are monsters!

They have met some variable weather systems along the way, but generally they have been eating up about 500 miles per day with completion of the 14000 mile triangle expected to be by the end of this month, November.

At the time of publication, Franck Cammas and Charles Caudrellier on Maxi Edmond de Rothschild are leading the 3 boat pack with Cape Recife about 1400 miles on their bow. There is still a long slog up with the 5 degrees left of the South Atlantic and full 48 degrees in the North Atlantic to Brest.

Team Sodebo Voile – Thomas Coville arrived in Cape Town today to begin a fast repair, thanks Erik Bjerring for the ride out to meet the team and shoot some video. SAIL+Leisuremag GoPro Sailing Anarchy 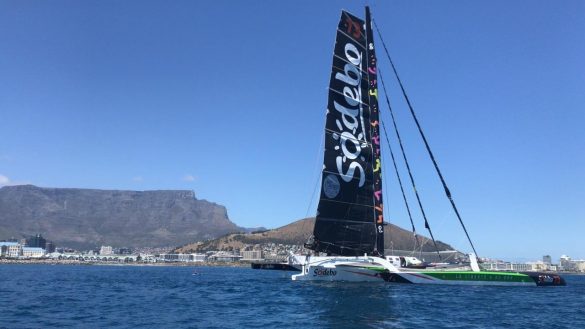 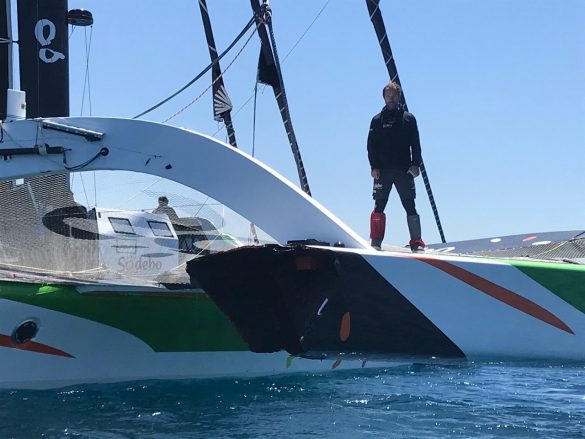 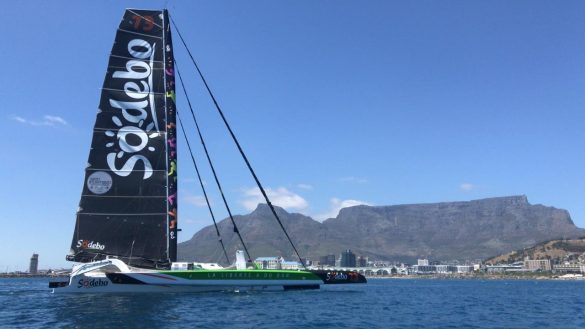 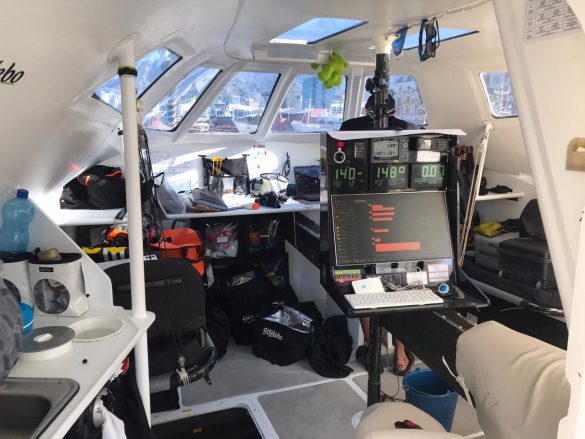 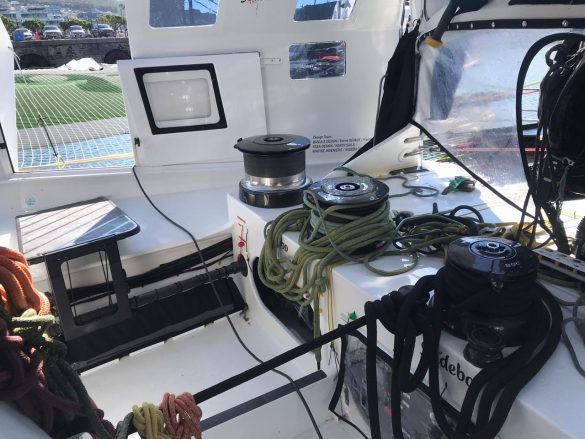 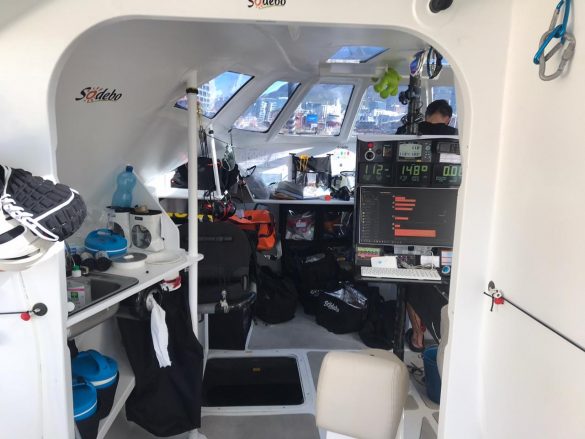