South African, Matt Whitehead was the only non-European onboard the Swedish/Dutch joint venture, Childhood 1 in the Prologue of the Ocean Race Europe. The team managed podium places in all three stages, taking the overall victory. All this in preparation for the Ocean Race Europe, which starts on 29 May.

Matt’s road to joining the team began earlier this year when sailing regattas were being cancelled. The pro-sailor looked to alternative work options, which included working at a boat yard in The Hague. It was here that he came across the DutchSail team who were preparing their boat for The Ocean Race Europe. After helping the team out, he soon became a very valued member.  He was asked to join the team on the Prologue of the Ocean Race Europe.

Team Childhood I took the overall victory in the Prologue of The Ocean Race Europe by finishing second in the last stage. The young Swedish/Dutch team had to leave the stage victory to AmberSail (Lit) after a short but challenging leg of about 200 miles. Childhood I has arrived in her home port, The Hague. After a short pit stop there, the team will sail from The Hague to Lorient, France for the start of The Ocean Race Europe on 29 May.

In addition to three-time Olympian Pieter Jan Postma (NED) and regular skipper EJ van Housselt (NED), there were nine sailors under the age of thirty sailing in the Prologue. Among them was 26-year-old co-skipper, Jelmer van Beek (NED).

Van Beek: “This was another challenging stage. About 200 miles along the coast of Sweden to the South. We took the lead but as soon as the wind turned against us the boys and girls on AmberSail came back up. They still go a little bit faster than us upwind. This gave us an interesting match race in the dense fog. Very early in the morning we actually stopped our watch system. Everyone was just trying to make the boat go as fast as possible.”

28-year-old navigator Max Deckers (NED) adds to Van Beek: “This stage could be divided into two parts. Before the transition, it was all about boat speed and having the right sail up, whereas during and after the transition we had to be adaptive and flexible on the positioning of the boat. We managed to get through the transition quite well which led to an interesting one-on-one race with AmberSail. We were within a couple of hundred meters of each other for more than four hours, but in the end, they just managed to finish in front of us. But we can be proud of the end result as a team. ”

Swedish Julius Hallström (25): “To be honest I was a bit tired after all the attention during our Stockholm visit, my hometown. But when you are back on the boat and racing again, you quickly forget that. The feeling of this victory and of being part of this team is unique.”

The victory of the new generation

Three-time Olympian Pieter-Jan Postma, on board as a coach to guide the learning process, said proudly, “We have taken a giant step as a team in recent weeks. We have asked a lot of ourselves and each other. We started this last stage somewhat tired. And made a few small mistakes. Despite that, we have continued to believe in each other and kept fighting. In this stage that resulted in second place. Enough for the overall victory. This is truly the victory of the new generation. It is a wonderful process with great people.”

Laura van Veen: “The prologue was a pressure cooker process for the team, a lot of learning points came up during the races we did. But we also developed a lot of confidence and trust. Our victory in the second stage increased confidence and the urge to win this prologue. We had discussed beforehand that this prologue would be about the learning process, but when you are that close you also want to win. As a team, we are very proud that this has been achieved.” 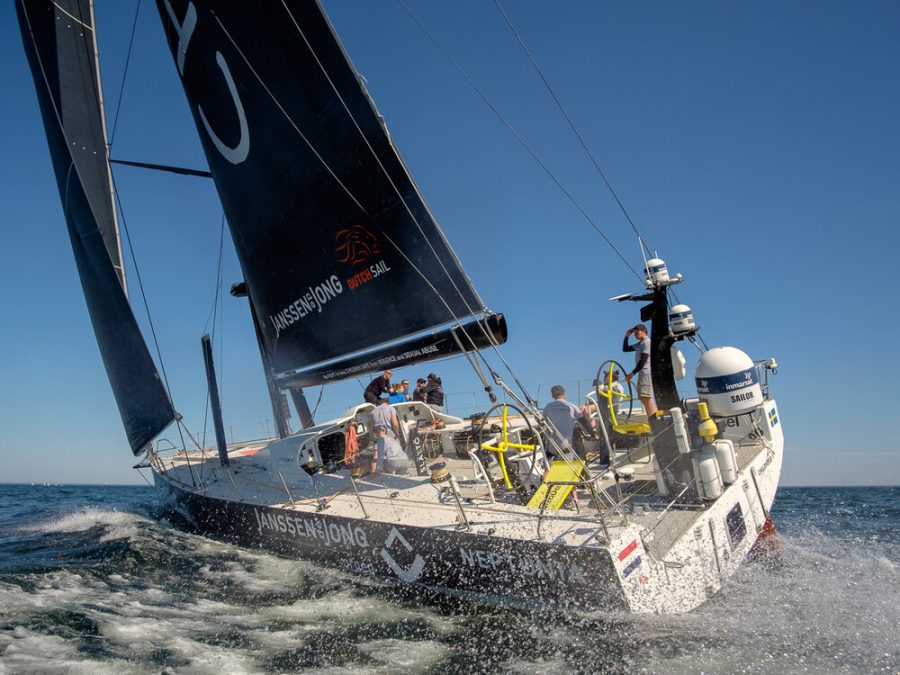 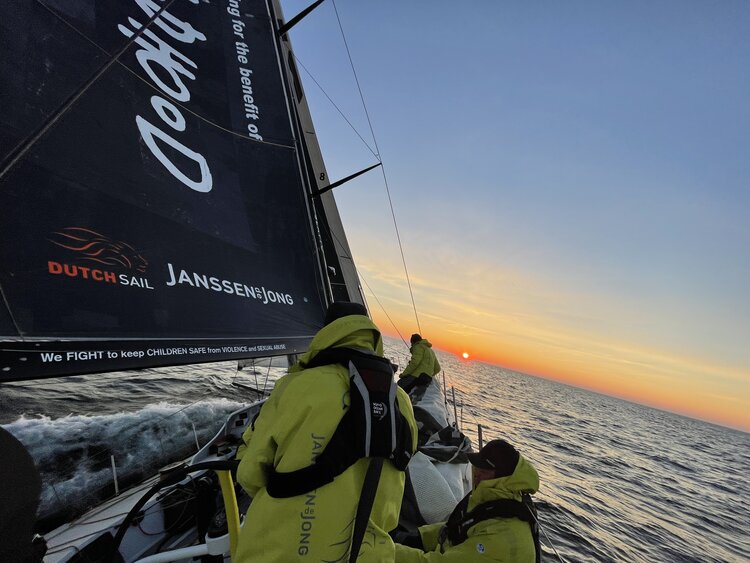 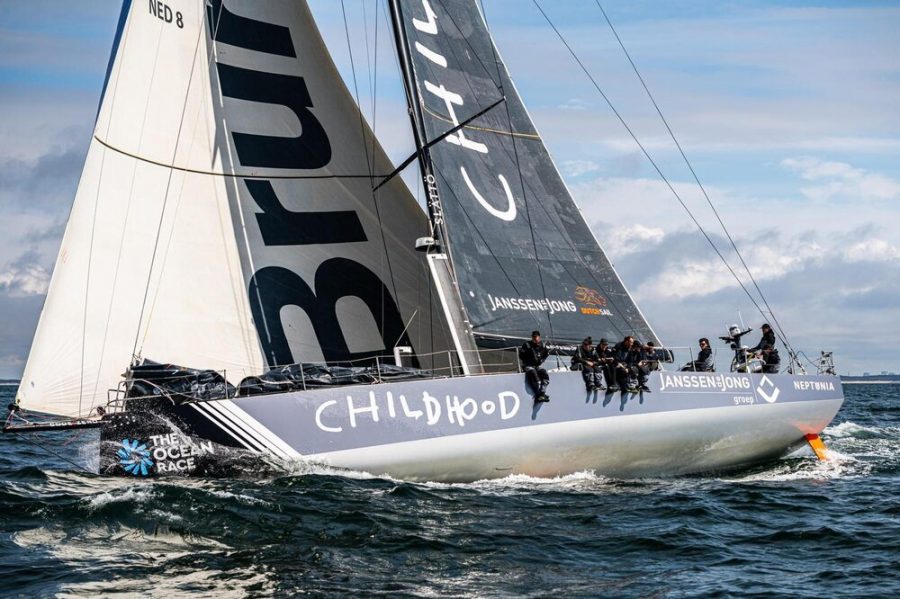 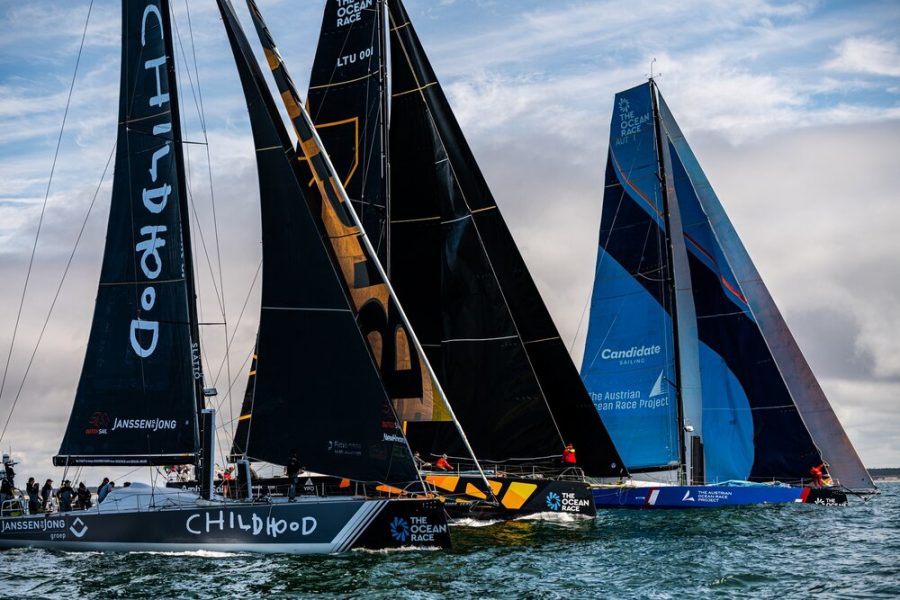 What’s next – The Ocean Race Europe

Van Beek: “I’m looking forward to The Ocean Race Europe itself. We are learning a lot with this young team, but I am also really looking forward to working with more experienced men like Tienpont, Poortman, Verbraak, and Van Niekerk. These four great sailors have the experience of the previous races. With them on board, we can only get better and stronger. With Viva Mexico, AkzoNobel Racing, and the Mirpuri Foundation Racing Team, three more teams will be added on the water, so in The Ocean Race Europe, we will compete with seven instead of four boats. That promises to be very cool!”

The aim of the campaign is to offer young talent the opportunity to learn and improve their skills. Team Childhood I is made up of both pro-sailors and new, young talents. In the Ocean Race Europe, the team will be led by skipper Simeon Tienpont.

“The idea behind the campaign is the reason why I stepped in. I really believe in co-operation. That’s the only way to be able to compete,“ says skipper Simeon Tienpont, one of the founders of DutchSail. Tienpont will sail with  experienced and a lot of young talent.

Companies and organisations from both nations make it possible to sail around and draw attention to the World Childhood Foundation.

The Ocean Race Europe will see crew members from all over the world racing in foiling IMOCA 60s and one-design VO65s. The race runs from the North Atlantic coast of Europe into the Mediterranean Sea, with each offshore leg to be scored equally. There will also be two coastal races in Cascais and Genoa, which will award bonus points to the top three finishers.

Team Childhood I will use the Ocean Race Europe to offer the crew talent a chance to gain offshore racing experience, while looking ahead to The Ocean Race 2020-23. The team wants to be in the running for the podium places.

The inaugural edition of The Ocean Race Europe will start off a ten-year calendar of racing activity that includes confirmed editions of the iconic, fully-crewed, around the world event,  The Ocean Race. The Ocean Race takes place every four years, beginning in 2022-23. Alicante, Cabo Verde, Cape Town, Shenzhen, Auckland, Itajaí, Newport, Aarhus, The Hague, and Genoa have been announced as host cities.