With a two-point lead over the 52 SUPER SERIES 2021 circuit title holders Sled, Phoenix completed their first regatta win with two assured second places to win by 12 points, the biggest winning margin of the 2022 season yet!

And with Quantum Racing returning a fourth place, 19 points behind the winners,  Phoenix now tops the circuit season standings by two points. 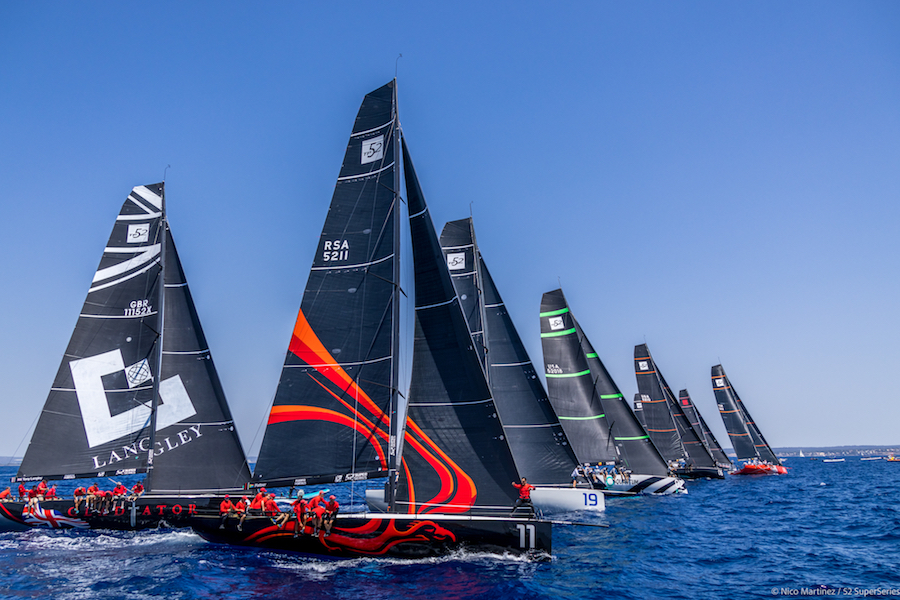 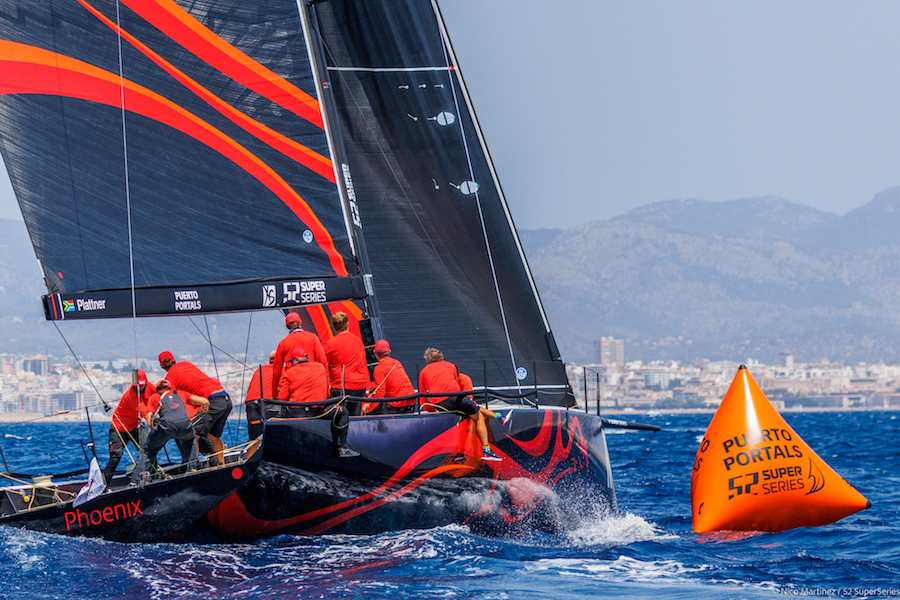 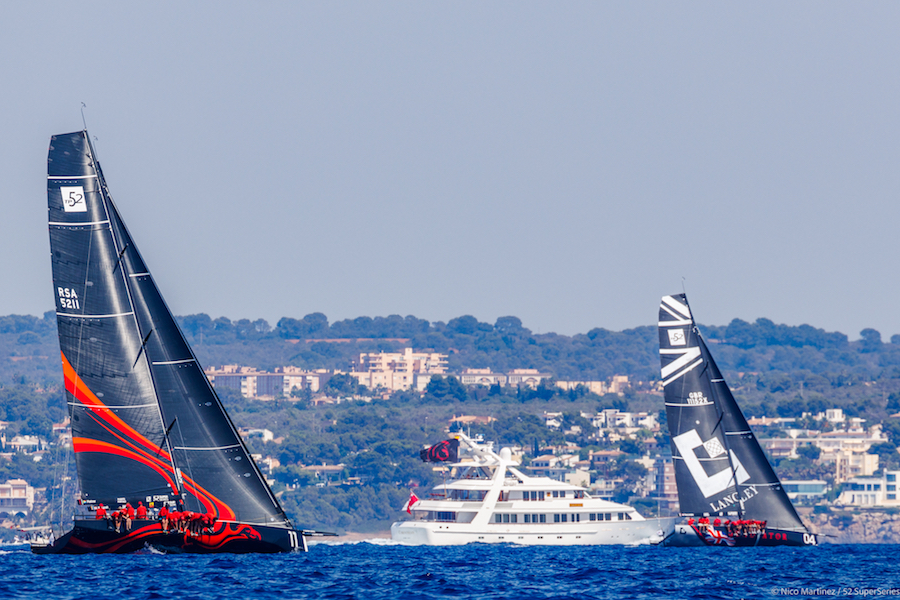 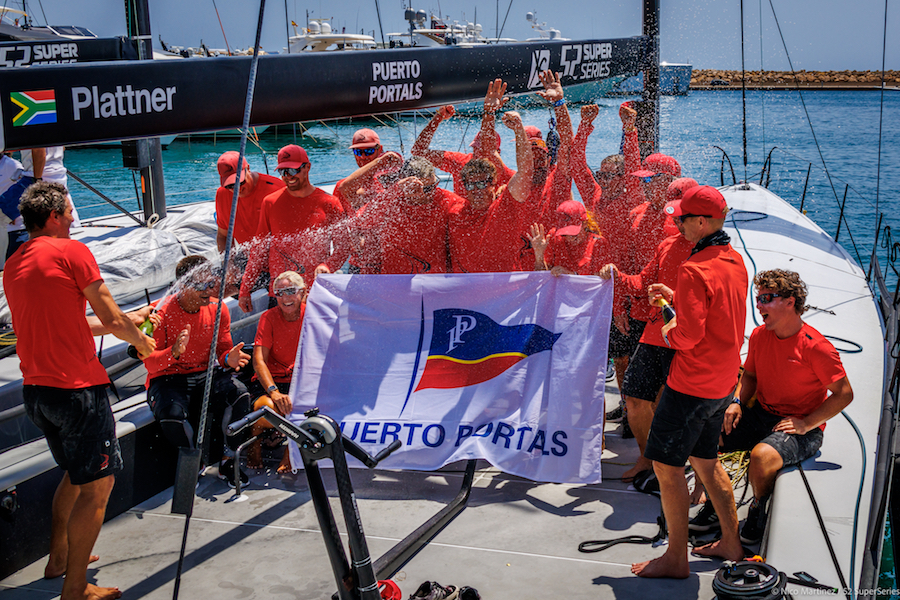 It could be said that this is an overdue win. At the world championships in November they led the penultimate race and were on course for the world title, and a potential overall 2021 season win when their spinnaker blew on the last run.

They also led after the first two days in Baiona before a bad day killed their challenge. And in Cascais they missed the podium by two points largely because of one mid-regatta eighth place.

This event did not start perfectly for the team. On the eve of the first points races they were speared by Provezza’s bowsprit during the official practice session causing minor structural damage to their port aft quarter.

On the same afternoon the Phoenix support RIB’s engines were damaged when it was hit by another team’s chase boat. But the shore teams worked into the night to ensure they were good to go in the morning. The Phoenix sailing team responded with a 1,3 to tie with Takashi Okura’s Sled, their final day rivals.

The crew includes Australian Sail GP champion and 2012 Laser Olympic champion, Tom Slingsby as tactician, supported by Kiwi Cameron Dunn. They have maintained top line consistency, scoring nothing worse than one 4th except for a sole 8th place.

“This feels amazing – not just winning but winning comfortably with this team. I have been saying for a long time that we are right on the edge and we have had a couple of podiums, thirds and fourths and just missed the regatta win. It feels great with such an amazing team we have here. And a special thank you to the Plattner family who kept the boat sailing through these tough times,” said Tom Slingsby who now adds a 52 SUPER SERIES regatta win to his long list of major sailing titles.

“The season started off well in Baiona with a podium, then at the Worlds we ended up 4th but only by 2 points from second place so we were right up there.
We had a few bad luck incidents at the practice race, and a RIB collision but luckily we have a super shore team led by James Largier who we can trust to do what is required in these cases to get us back on the water. They worked through the night also with the help of Provezza’s boatbuilder, which was really appreciated.
The racing is always so close and we have been working really hard on our boat speed and crew work which is showing on the race course. Before this event we changed our keel fin, which may have also given us some extra confidence.
We have always been more confident above the 13knt range and really enjoy the big breeze coming from Cape Town. Over the past few seasons we have put a huge amount of effort into our sailing in the light conditions which we see so often in the Series and this has now lead us to feeling confident in all wind ranges now.
It’s great to be leading overall but there is still a lot of racing ahead. We have a great team spirit within the team, so the only changes will be that Hasso and Tina will finally get a chance to steer the boat again.
Crazy that it’s been 5 years already since we started with the Phoenix campaign! We are still one of the newest teams, and we have been learning so much trying to catch up to the other teams. This is our first win. However, before the Cape Town event we did a huge amount of 2 boat training and ever since then we have felt like we really have what it takes to be on the upper end of the fleet.
The Plattner’s support of South African sailors on the international circuit is well known and admired.
As South African sailors the opportunities are few and far. The Phoenix program has offered chances to many of us to be involved in one of the highest forms of sailing. This has lead to many other opportunities with other sailing teams for most if not everyone.
We would just like to say thanks for all the support from everyone in RSA”. 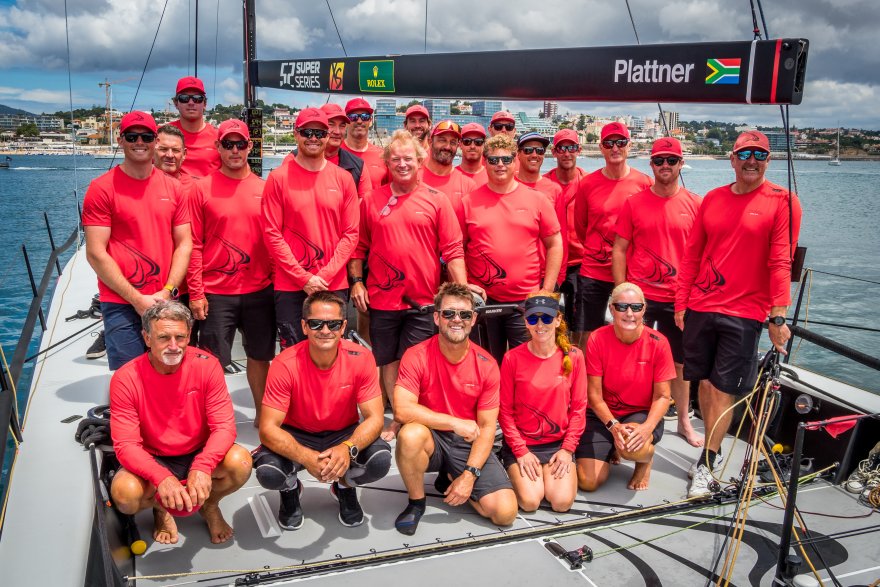 The Plattner family’s team has a strong core of South African sailors, not least project manager Tony Norris who steered last season and is steering this season. Others include Paul Willcox on main, Shane Elliot as navigator, Matt Whitehead in the pit and Shaun Pammenter as grinder and weather guru. Trimmers are Kiwi Morgan Trubovich and Italian Lorenzo Mazza. 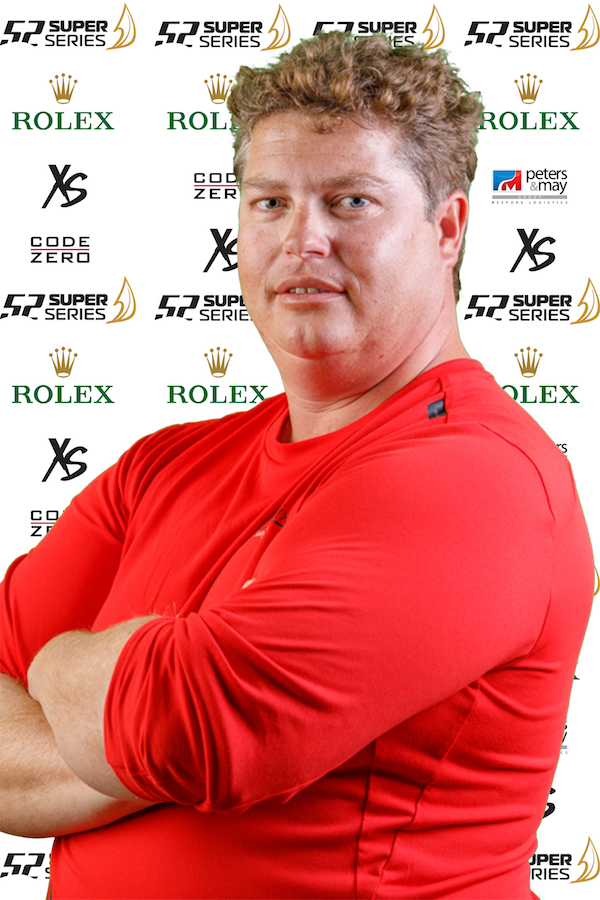 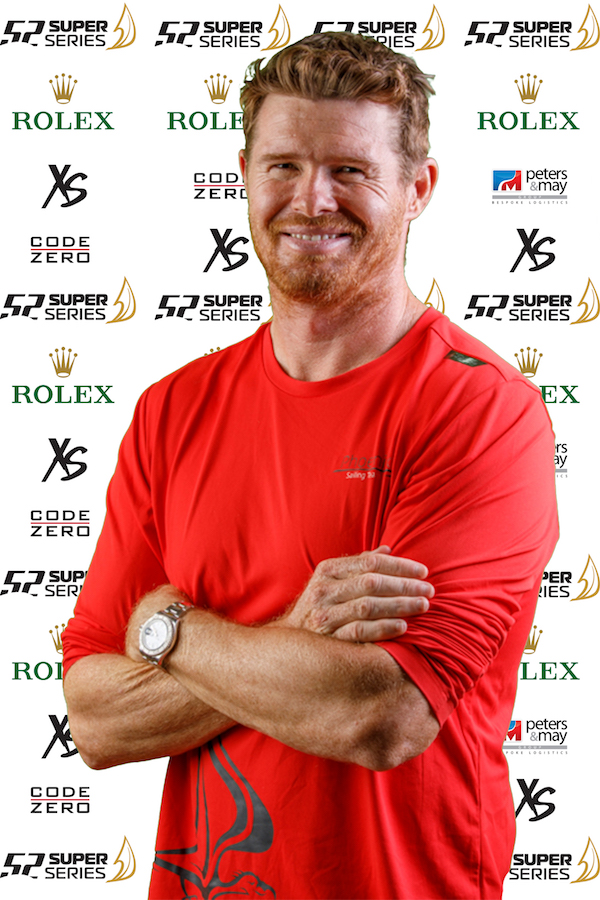 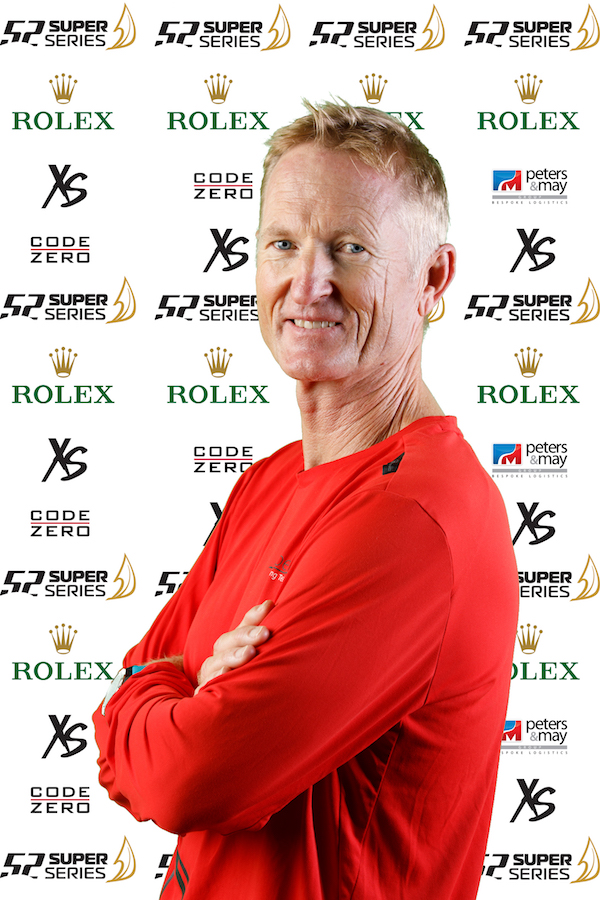 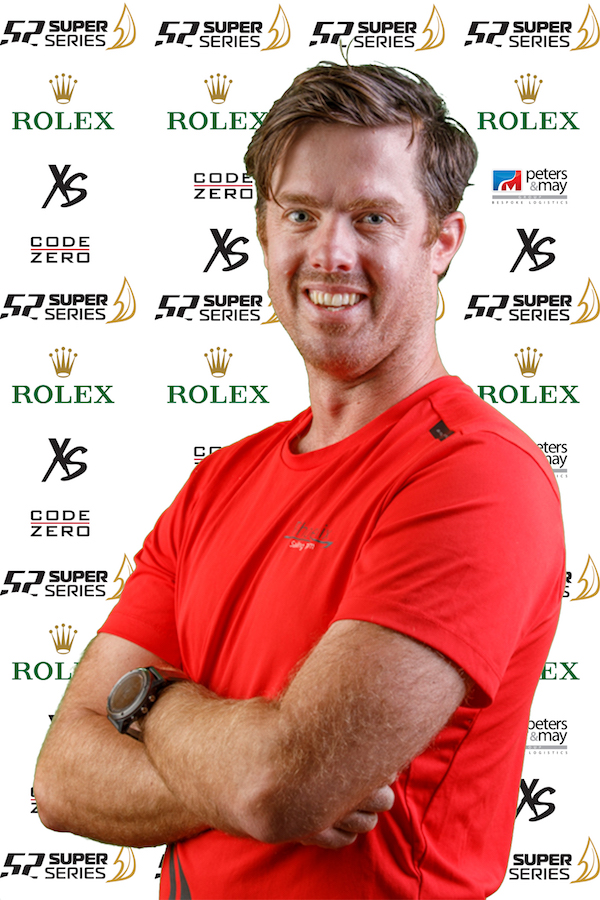 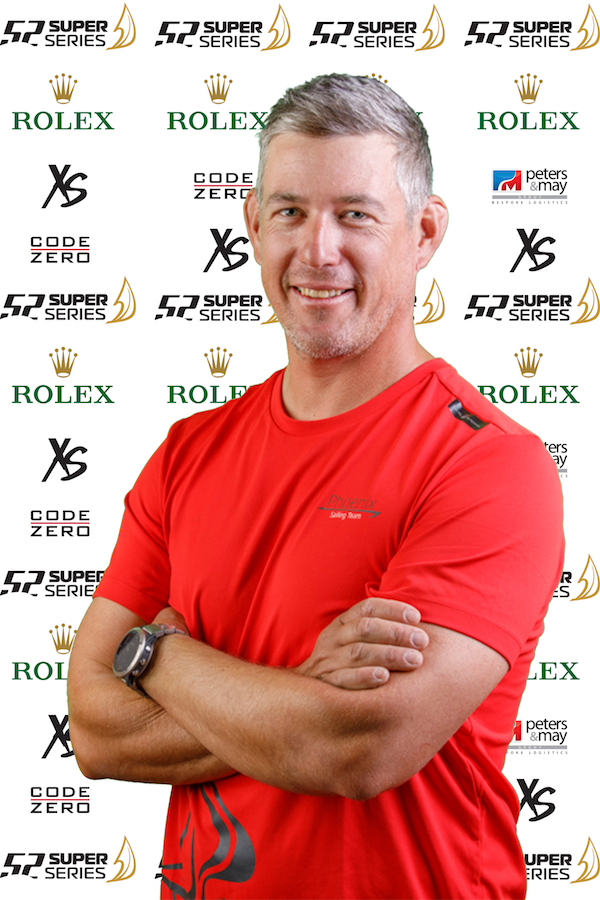 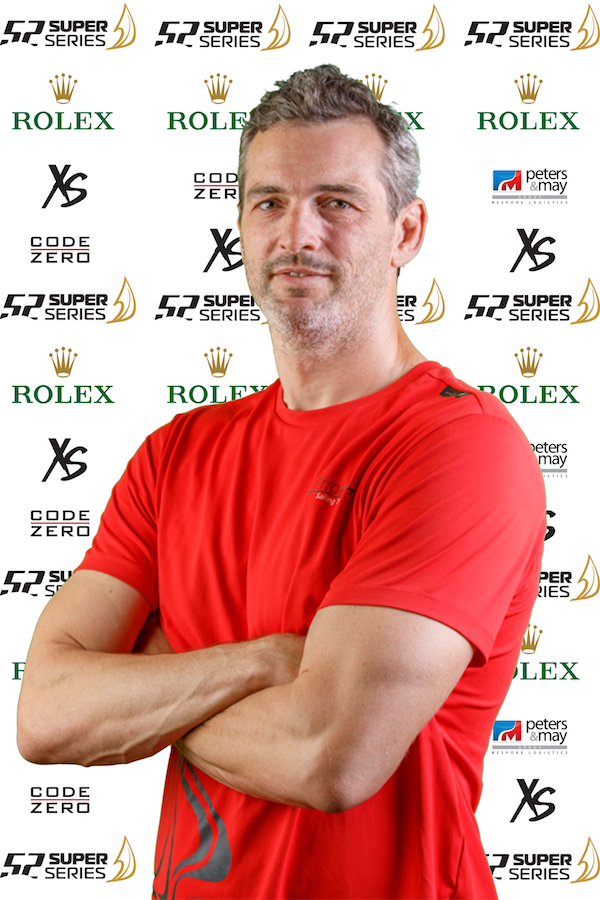 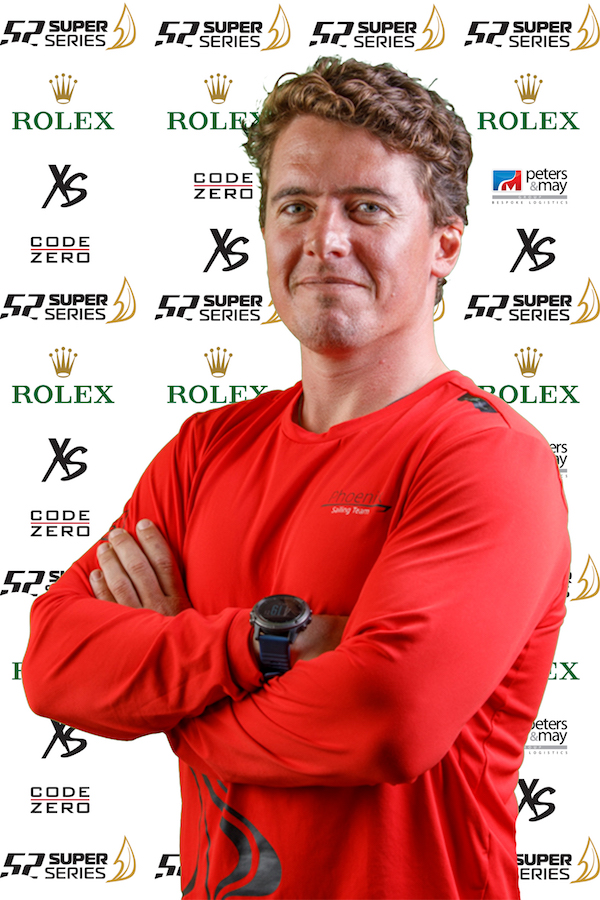 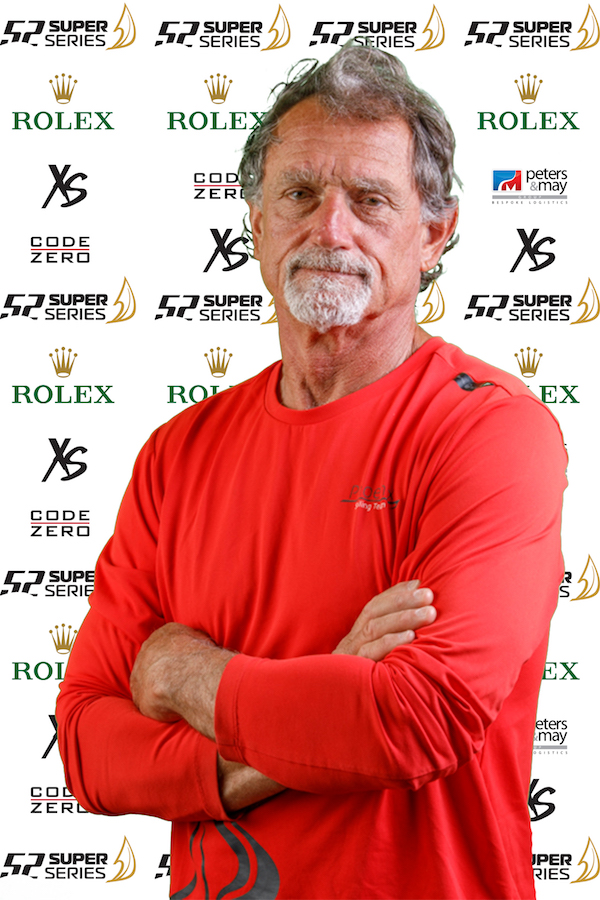 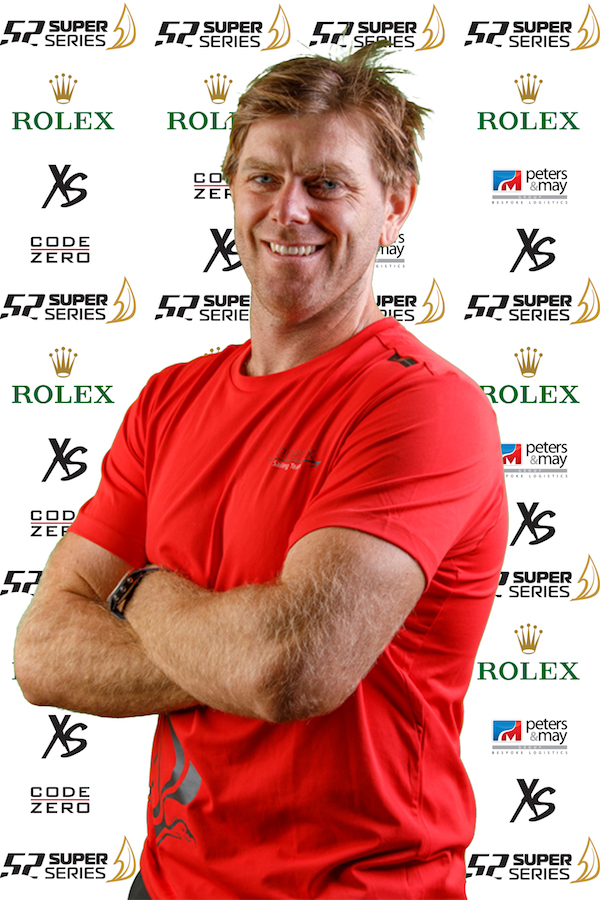 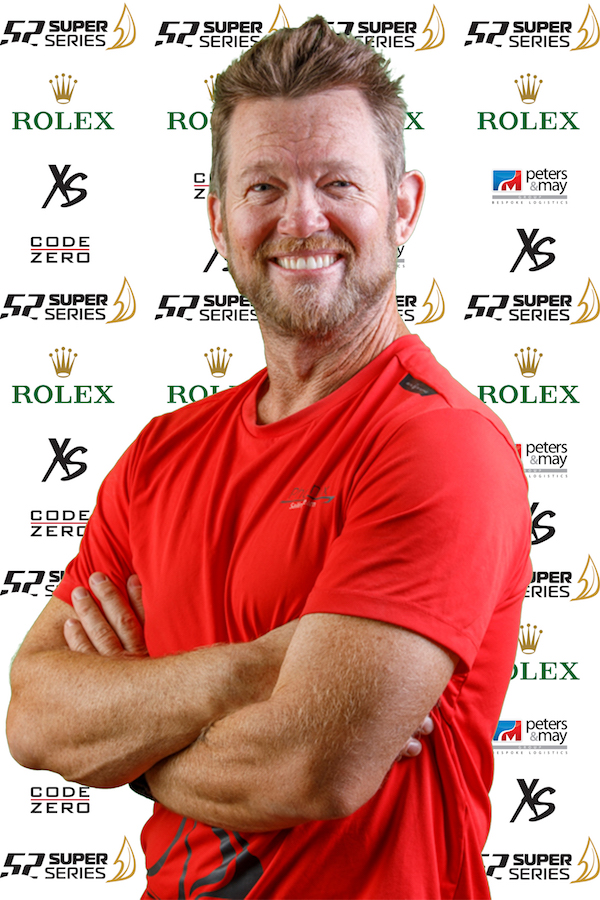 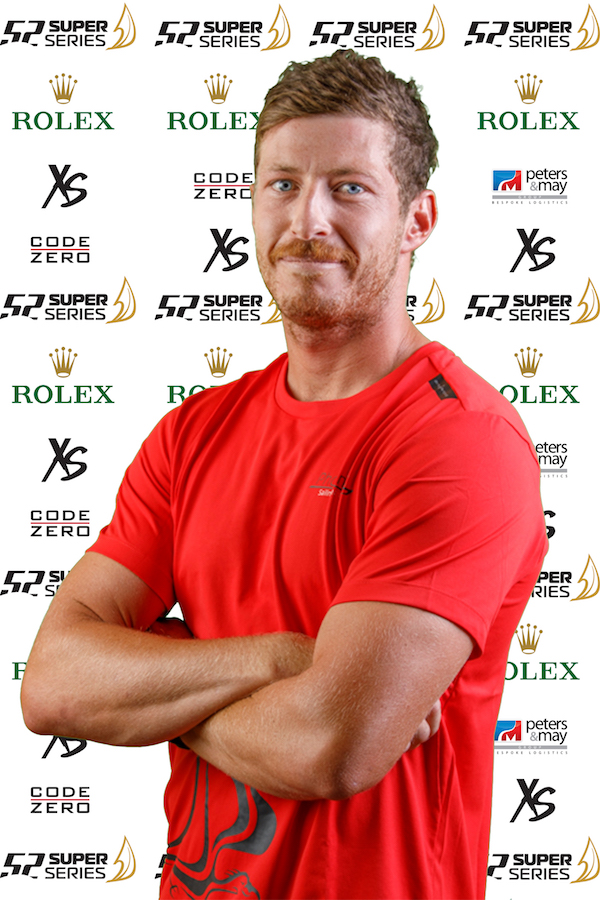 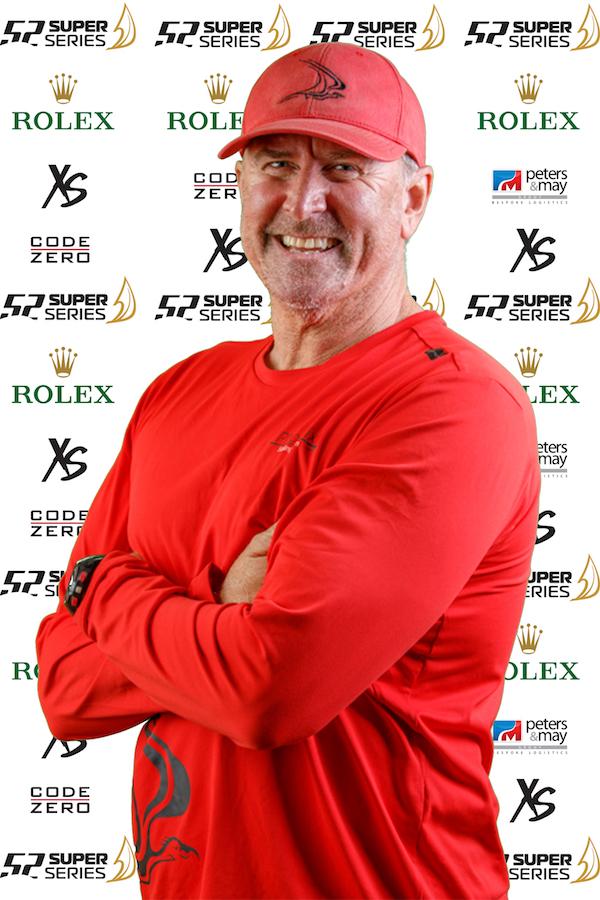 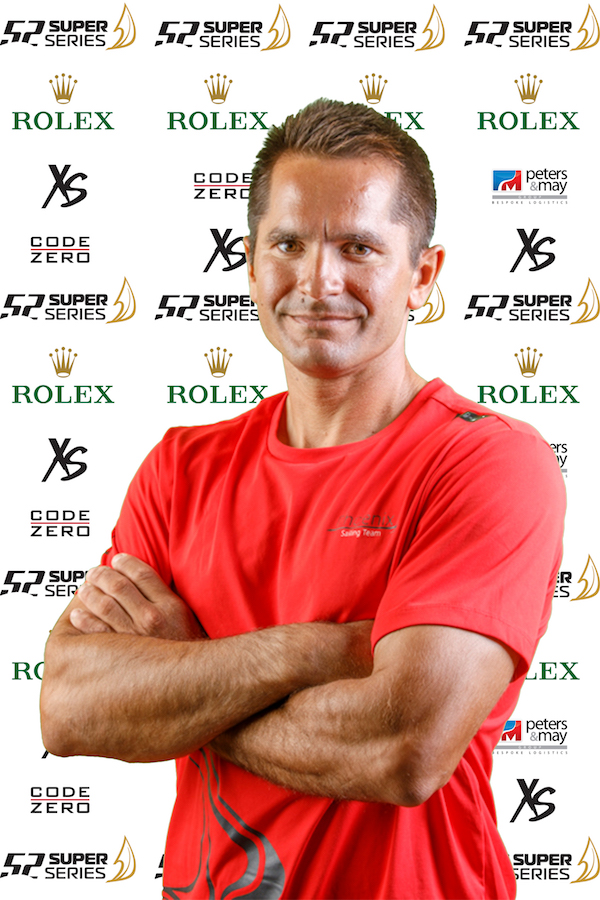 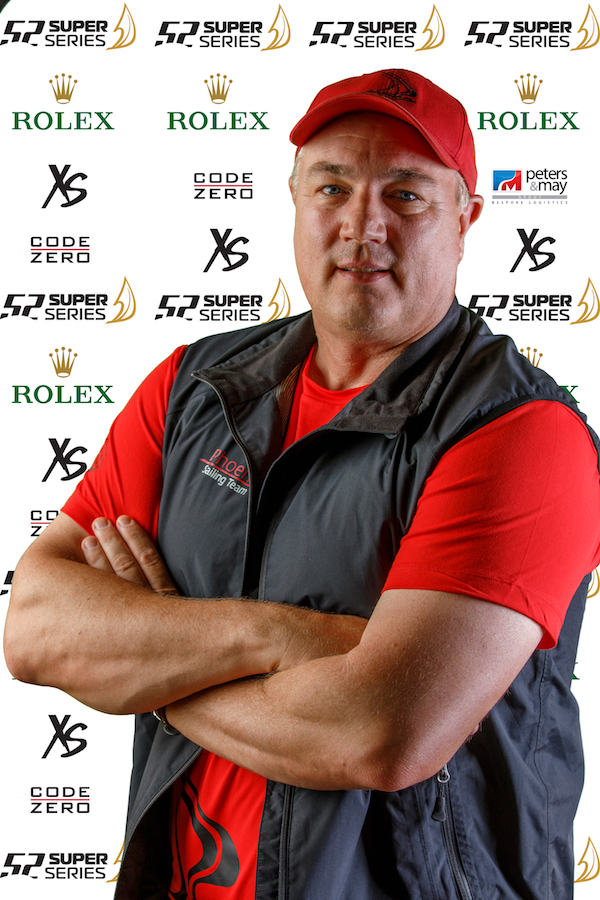 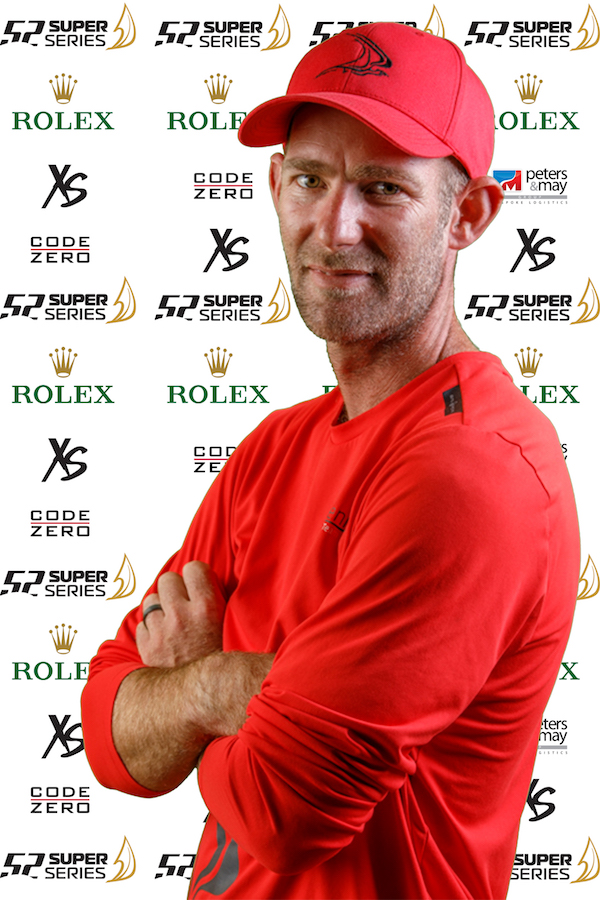 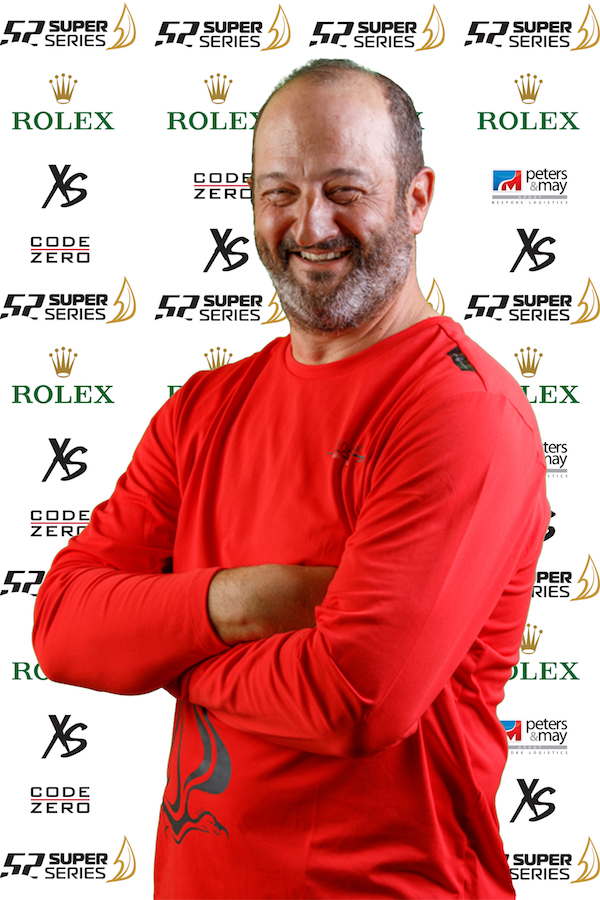 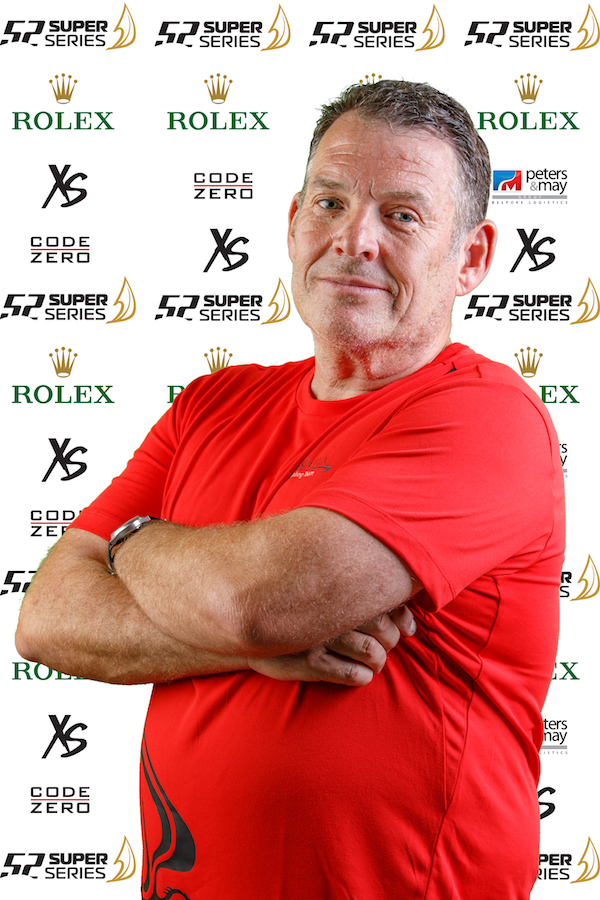 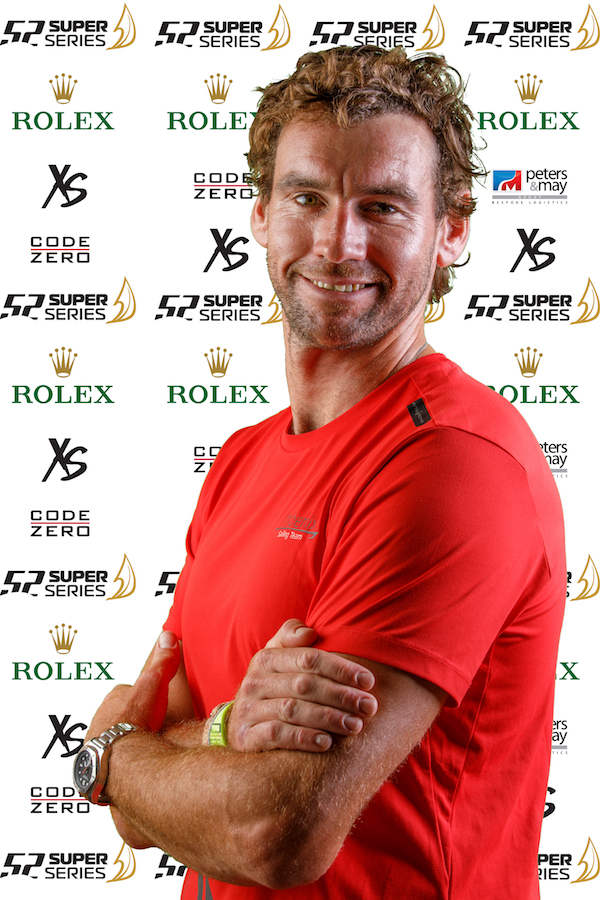 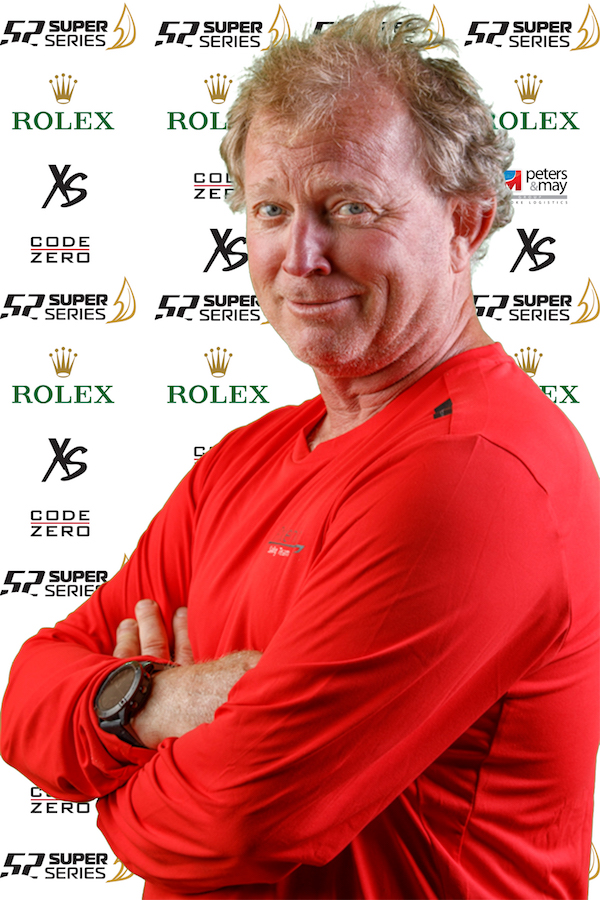 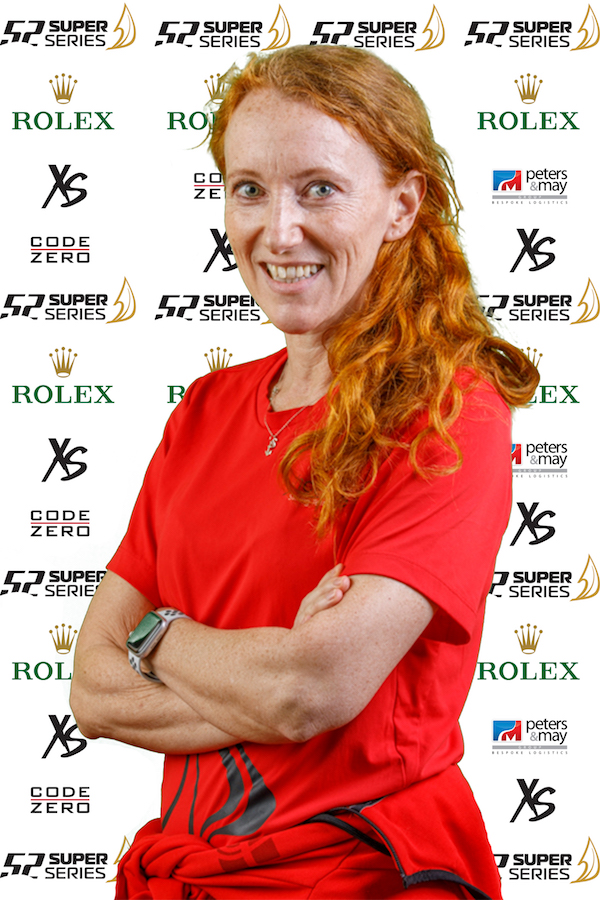 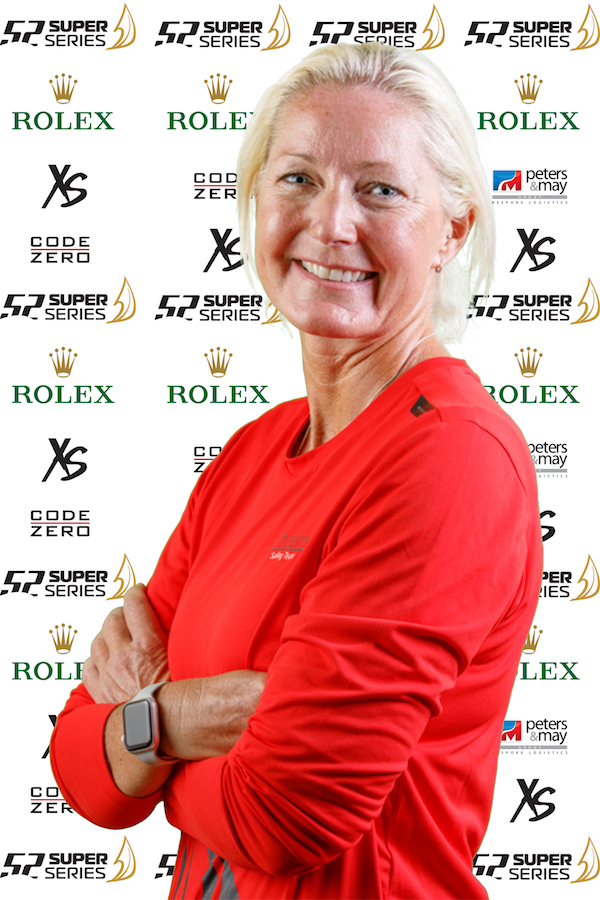 “Going into this event we were working hard on finding our speed edge that we felt we lost at the worlds. I think we managed to get that back both upwind and downwind. The other thing we lost at the last regatta was the fun factor. We sail well as a team when we are having fun, and we think that’s important. We had speed and we had fun this event.

Consistency is key. And it’s a very hard to do in this fleet. Looking for space on the start line and up the first beat helps you execute your plan which makes it a little easier to be be near the front of the fleet.

We have traditionally been stronger against the others in stronger winds. We have worked hard to get our boat set up well in the light and now feel we are competitive though the whole wind range.  There are teams that stand out in the some conditions, like platoon have been the bench mark in the lighter winds. But now we feel confident against most boats.

We will hopefully have the big boss back for that event. It will be great to have Hasso back on the tiller. So our aim, like always, will be to have fun and do as well as we can.

I think continuity makes a big difference. The same people sailing together build a good base of trust. The communication becomes easier in the tight situations and we know we can lean on each other and we will be okay. It takes a long time to get to the level we have. The teams we are racing against are of a very high standard and we know we are the same and aim to be better.

The Plattner family have been racing sailing boats for longer than I’ve been alive probably. One thing they do really well is supply the best possible tool. Their boats are immaculately prepared to the high standards. Then they help expose some young sailors to the international sailing world. What this does is teach them how sailing teams should be run. It beds in high standards. It’s an amazing environment to work in, and it puts you in strong standing for any other program that you might be involved in. For me personally it’s put me in another position on the boat. I wasn’t trimming the main on any boats before sailing with them. I’ve learnt a lot about boat set up and how to make a boat go fast”.