South Africa is now well represented on World Sailing’s Committees. Philip Baum was elected as a Vice President of the World Sailing Board in late 2020.  Now Heidi Burger, Philips Daniels and Hylton Hale have been appointed to prominent and influential committees too. From 2021 to 2024 they will be instrumental in the decision making of the international federation. Each brings a wealth of knowledge, expertise and a love of their sport to the table. We are extremely proud, and grateful for their service. We chat to them to get a sense of what skills have brought them to this point, and to see what they hope to achieve in their roles. 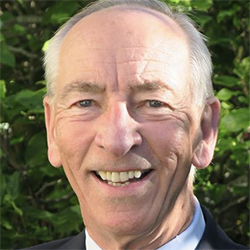 Having a prominent South African sailor and businessman represent Africa at this level of world sailing is a real coup. Philip’s CV and achievements are highly impressive, it’s no wonder that he was chosen for this position.

In a career of more than 40 years Philip has worked for, and led businesses and volunteer organisations like schools and charities, and most importantly sailing bodies. He has either been the Chairman or a Board Member of 18 publicly quoted companies listed in Johannesburg, London, New York and Harare. Philip was president of the South African Sailing federation (SAS), and has served on World Sailing’s Council and committees, and two school boards. He has also been responsible for enterprises in 35 countries on six continents.

“I became involved in World Sailing when I was made President of South African Sailing in 2014. At first my involvement was as a member of the African Sailing Confederation (ASCON) but subsequently I was elected to Council, the Events Committee and the Governance Commission.

“Over the next four years my particular responsibilities as a VP is to be the Board’s liaison person for Corporate Governance, Communications, Constitution Committee, Oceanic & Offshore, Racing Rules and, of course, Africa, says Philip.”

He believes that an open dialogue on a continuous basis, and an approachable Board with an ethos of “Servant Leadership” needs to be the foundation of the World Sailing Communications Strategy.

Philip says that there are three key policies that need to be fully implemented. They are Universality, Gender Equality and Youth Development. He says, “Importantly these three policies are not measured by athlete participation alone. The numbers of MNAs, women and youth actively involved in committee work, race administration, international judges, and as international measurers is a critical metric for the successful development of our sport”.

Heidi started sailing Optimists at the age of nine and sailed the dinghy until she aged out. She attended two African Optimist Championships, before moving on to sail 420s, where she represented South Africa in two Youth World Championships on the Women’s 420. After high school, she studied mechanical engineering at the University of Cape Town, and joined the university yacht club. Heidi held various roles on the yacht club committee, including dinghy representative and Commodore, competing in the inter-varsity team-racing regattas. She also led a four-year all-female sailing campaign (Team Tiletoria) to take part in the annual Lipton Challenge Cup. Her focus was on growing women in competitive sailing in South Africa. Heidi completed both her undergraduate degree and masters degree in mechanical engineering at the University of Cape Town. Her masters was in computational mechanics, focussing on iso-geometric analysis, which she completed with distinction in her dissertation.  She competed in the 2019 match-racing Nations Cup Finals in San Francisco as  a member of the South African women’s team.

Heidi is currently working as a mechanical engineer at an engineering consulting company in Cape Town. She crews on a Cape 31, designed by Mark Mills. Heidi makes time to coach Optimists, sail her 420 and cruise on an old Sentinel Explorer. Just to prove to herself that sailing is not only about racing.

“I look forward to being part of the equipment committee. I hope to combine my mechanical engineering knowledge, and technical skills with my sailing background to add value to the greater sailing community”, says Heidi. 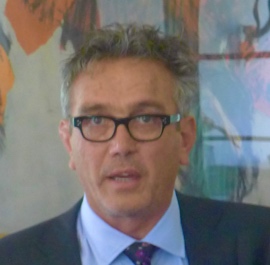 Philips is a practicing Advocate and has many years experience with the law. This includes acting as a Judge of the High Court of South Africa in 2016 and 2017, and in 2020.

Philips is an enthusiastic and active cruising and racing sailor. He has participated since the late 1980’s in many of the major regattas hosted by the Royal Cape Yacht Club.

He bought a L34 in 2000, which he sailed in Cape Town for about 5 years. In 2008 he bought a 39 ft custom designed day-sailer increasing his participation in local regattas and sailing events organised by the Royal Cape Yacht Club. His most recent endeavour is the complete refit of a 1986 DP42, originally built in Cape Town under license of Baltic Yachts. This project will be complete in October 2020.

Philips is a nominated member of the Constitutional Committee of World Sailing.

During 2018/19 he assisted SA Sailing with the interpretation of its Regulations, and with its opposition to an application issued against SA Sailing out of the High Court in Cape Town by three members of SA Sailing.  The application was resolved in favour of SA Sailing.

Philips defended two members of SA Sailing who had been charged with unsportsmanlike behaviour during the Lipton Challenge Cup. The members were ultimately found not guilty and acquitted of all wrongdoing.

Philips has been involved on various levels in junior sailing since 2008 with the Optimist class.  He has given back to the sport of sailing in the way of providing support to youth attending sailing events all over the world. This includes providing coaching by professional sailors. He served as the chairperson of the Gauteng Province Optimist class for the 2011/12 calendar years. Philips was elected as the chairperson of the 29er Class for the 2014/15 calendar year. 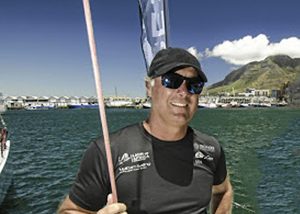 Hylton will serve on this committee along with 18 committee members. Including renowned offshore sailor Dee Caffari, among other sailing legends.

Hylton has had a keen interest in competitive sailing ever since stepping onto or into an Optimist dinghy at the age of eight.  He followed this with dinghy sialing and Hobie cat sailing. His competitive keelboat racing career started in the late eighties when he sailed on a Farr 38, which gave him a completely new perspective into understanding the hundreds of intricate details required to race successfully offshore and inshore. He continued racing on a Soveriegn 54. He then purchased his first racing yacht, a Simonis Voigt designed Pacer 42, and later a Botin Carkeek GP 42. Sailing the GP42 rewarded him and the team with many offshore and inshore racing titles, including a 3rd overall in the prestigious Cape to Rio Yacht Race in 2017.

Hylton’s says, “Africa, and in particular Southern Africa has many talented sailors – not only on the racing circuit but also in the boat building and marine related industries. Along with my fellow South African compatriots, it is my ambition to highlight the hidden talent on our continent. The committee’s primary role is to provide guidance and policy within the six categories of the World Sailing Offshore Special Regulations. Other roles include the sanctioning and support to the World Sailing Offshore Team World Championships. This will build on the World Sailing Oceanic Concordat signed in 2010, which includes races such as the Barcelona World Race, La Route de Rhum, The Transat, The Ocean Race (A World Sailing Special Event) and the Vendée Globe.