A diverse international fleet of 110 yachts from 17 countries encompassing over fifty years of yacht design and heritage, competed in the 20th edition of the Rolex Swan Cup.

Conceived in 1980 and defined by its historic partnership between Rolex, Nautor’s Swan and the Yacht Club Costa Smeralda, the biennial Rolex Swan Cup is admired for the highest standards it exudes on and off the water.

Competition at the 2018 edition featured five intense days of racing often in punishing heat and predominantly light winds. At the close of the week OneGroup and Porron IX were confirmed as world champions, Mela as European champion. Solte claimed the Grand Prix class; Plis-Play the Swan Maxi and in the Sparkman & Stephens classic division victory belonged to Six Jaguar.

CLUBSWAN 50: ONEGROUP BECOMES FIRST WORLD CHAMPION
From the outset, the inaugural ClubSwan 50 World Championship signalled its intent – close competition between twelve one design yachts. A contest in the purest form: who sails best, wins. The no discard rule added an extra measure of pressure. Crews were required to compete at an extremely demanding level, performing consistently across a relentless racing programme. 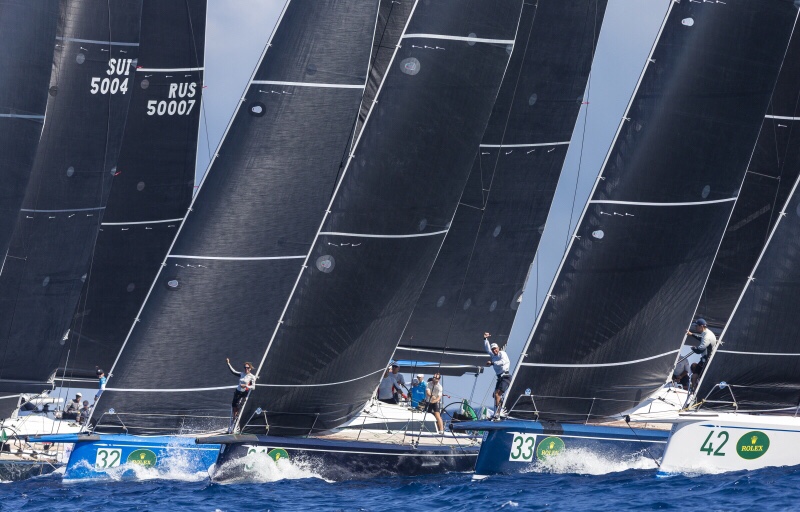 Proof of the impressive level of competition: in ten, predominantly short, intense, windward/leeward races, seven different yachts finished first. In their quest to become the first Class world champion, the owner-helmsmen of the ClubSwan 50s put their faith in some of the world’s most renowned tacticians – the likes of Ken Read on Cuordileone, Bouwe Bekking on Niramo and Xabi Fernandez on Stay Calm to cite three. By the final day, three yachts found themselves in contention for the title: OneGroup, Mathilde and Cuordileone. Then by the final race of the series they were all tied on points.

The ClubSwan 50 Worlds is set to become even bigger with the fleet expanding and those already competing improving at every regatta. “The racing in this fleet is phenomenal. It is as good as it gets with one design sailing,” closed Dunn. Despite the final outcome, Ken Read also enjoyed the week, remarking: “Close racing is great racing.”

On the final day Porron IX, enjoying the return of lighter winds, was able to extend her slender advantage to retain her world title.

CLUBSWAN 42: MELA IS EUROPEAN CHAMPION
Fourteen yachts contested the ClubSwan 42 European Championships. Romanian yacht Natalia had won the competition on the last three occasions it has been held in Porto Cervo. This time Natalia Brailoiu’s crew had to contend with an average start to the week before winning four of the last five races. A stunning comeback was thwarted by the consistent performance of Andrea Rossi’s Italian yacht Mela who only finished out of the top four places on one occasion.

SIX JAGUAR TRIUMPHANT IN SPARKMAN & STEPHENS
Representing tradition, the Sparkman & Stephens division was also the largest attending class welcoming 26 yachts. Marking the Class out this year was the appearance of ten Swan 65s, a model renowned for its legendary ocean racing feats in the 1970s. “The 2018 Rolex Swan Cup witnessed the biggest ever gathering of 65s, a unique boat and an icon in our line,” explained Nautor’s Swan Vice-President Enrico Chieffi. 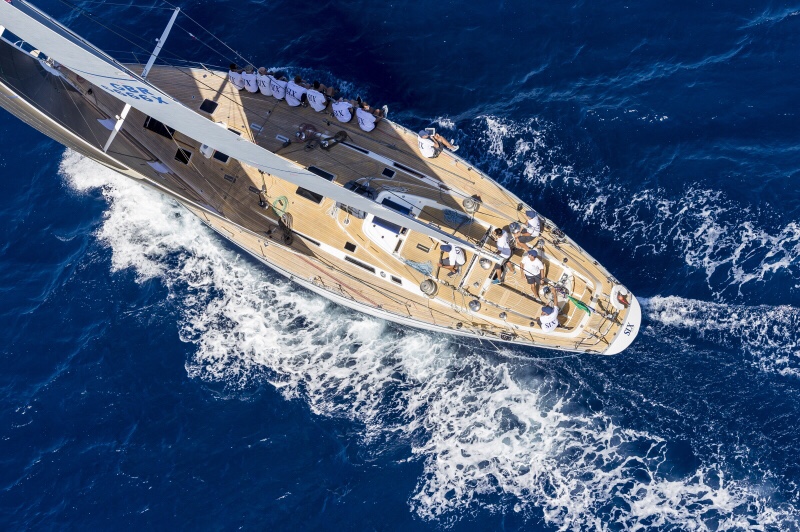 PLIS-PLAY IS MAXI CHAMPION
The Swan Maxi Class welcomed the most diverse range of designs from 60-100-ft including one of Nautor’s most recent launches – the Swan 78 Haromi – and the largest competing yacht in Varsovie.

With two bullets from the opening races, Vicente Garcia Torres’ Swan 80 Plis-Play quickly emerged as the yacht to beat. Despite resilient competition from Stephen Cucchiaro’s Swan 601 Flow, it was a lead the Spanish yacht was able to maintain taking a total of three out of five coastal races. “We are really happy to have won,” explained Plis-Play navigator Enrique Martínez-Asua. “The event is brilliant, there is no place like this to sail with the beautiful islands and challenging wind conditions.”

GRAND PRIX: SOLTE WINS AT FIRST ATTEMPT
A duel between Swan 53s Crilia and Solte dominated the Grand Prix class with neither yacht dropping from the podium in five races. Three bullets handed Solte the class crown. “It is our first time here, all week we were very consistent and we are very happy with the results,” remarked helmsman Hasip Gencer. 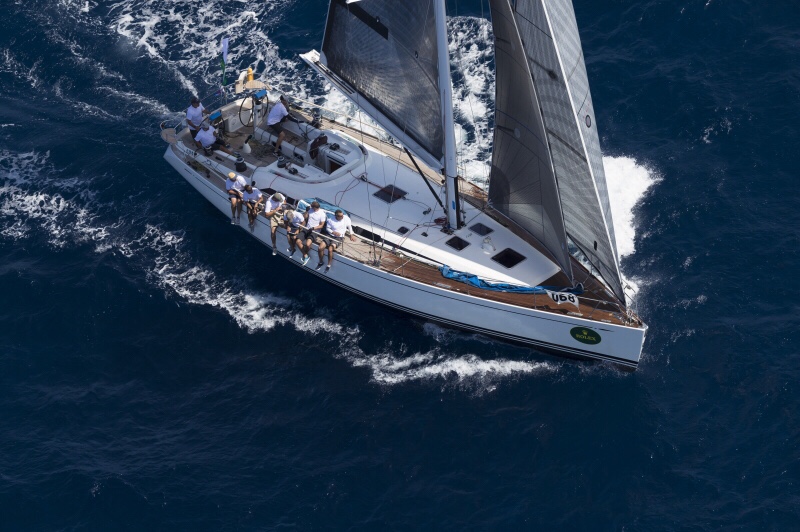 The six class winners were recognised for their performances and excellence on the water with trophies and Rolex timepieces at the final prizegiving held on Piazza Azzurra at the Yacht Club Costa Smeralda.

The 21st edition of the Rolex Swan Cup will be held in September 2020.

A NATURAL AND SUPPORTIVE PARTNER

Rolex has always sought to associate with activities that are motivated by passion, excellence, precision and team spirit. Rolex naturally gravitated towards the elite world of yachting, forming an alliance that dates back to the late 1950s. Today, Rolex is Title Sponsor of 15 major international events; from leading offshore races, such as the Rolex Sydney Hobart Yacht Race, Rolex Middle Sea Race and the biennial Rolex Fastnet Race, through to the highest-level grand prix competition at the Rolex TP52 World Championship and spectacular gatherings at the Maxi Yacht Rolex Cup and the Rolex Swan Cup. The Swiss watchmaker’s close relationships with the most prestigious yacht clubs around the world, including the Cruising Yacht Club of Australia, Yacht Club Italiano, Yacht Club Costa Smeralda (Italy), New York Yacht Club (United States), and the Royal Yacht Squadron (Cowes, United Kingdom) are the foundation of Rolex’s enduring relationship with the pinnacle of this spectacular sport.