As hard as it may be to imagine travelling to far corners of the globe right now, it’s still worthwhile being inspired and to dream about your next travel destination. We spent a few weeks in Rio after the Cape to Rio Yacht Race, and fell in love with this vibrant and diverse place. We share our guide to exploring this amazing city and her surrounds.

We decided to sightsee in one big group, which was both fun and chaotic at the same time. We visited the Sugarloaf and the Corcovado, home to the Christ the Redeemer statue. Our efficient guide fetched us at 7am to get an early start so we could avoid the queues. The views from both sites are spectacular, boasting a raw beauty similar to Cape Town. The botanical gardens, Jardim Botânico, are stunning too, beautifully laid out and peaceful with huge, ancient trees, fountains and a Victorian-style hothouse full of rare orchids. We wandered through the surrounding neighbourhood and indulged in delicious seafood and craft beer at a local restaurant.

We also enjoyed some downtime which included lazing on the beach while drinking caipirinhas at the many beach bars. The Brazilians have such a lovely outlook on life; it’s all about pleasure and fun, and we soon adopted their way of thinking. 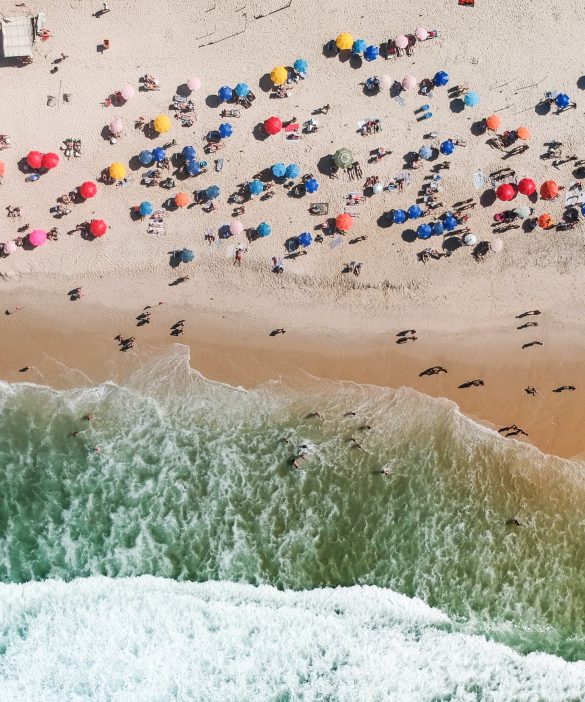 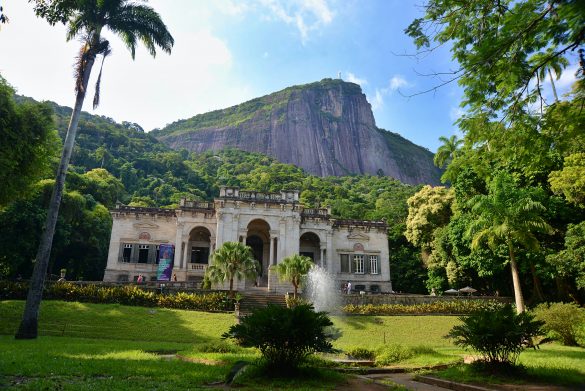 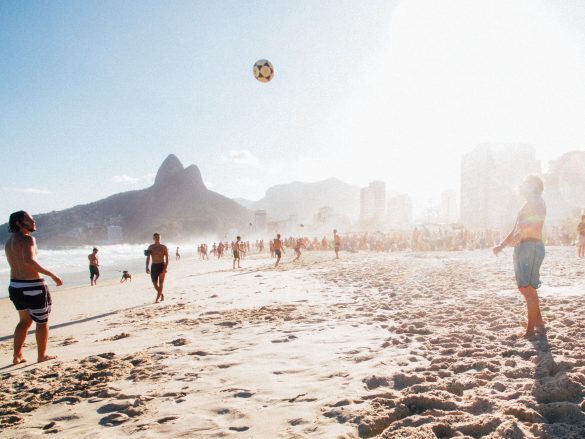 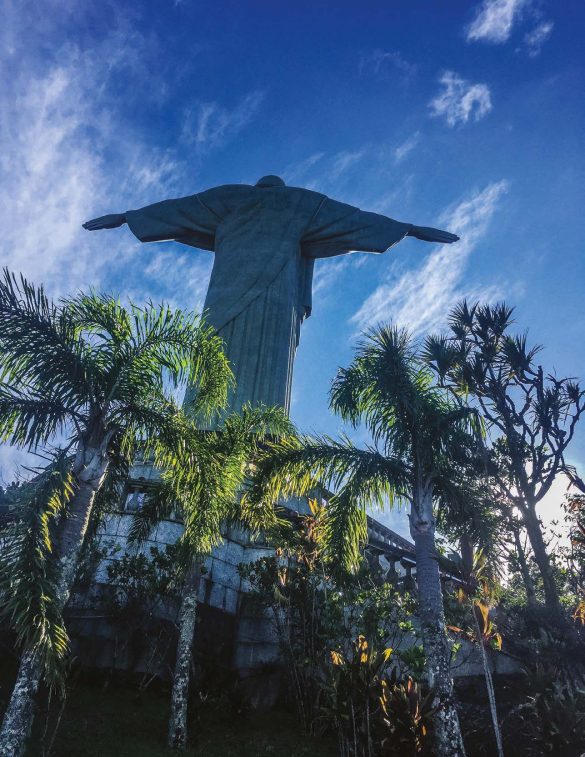 More formal or sophisticated meals are also available and our favourite was the traditional spit-meat restaurant, where they serve different meat courses throughout the evening. These are accompanied by a delicious salad and vegetable buffet. Each diner is given a card with a green and a red side; green side up indicates that you’re ready for the next course. It can take a few hours to get through the menu and you pay a set price per head. Expect a long, lazy dinner.

A visit to Rio wouldn’t be complete without a night of samba dancing at Scenarium. This club is housed in a stunning architectural building 3 stories high, and is situated in the old quarter. Each floor features different music. We danced to mardi-gras-style samba, disco and even popular house music.

Hylton and I represented the Lion of Africa Vulcan team at the Cape to Rio prize giving so we had an extra week in Rio and surrounds. After a few days together in Rio, some crew flew home, some went south to Ilha Grande and others went north to Búzios. We chose the latter not realising that we had chosen a long weekend in the school holidays.

We drove for five hours to complete a trip which would normally take two-hours (think bumper-to-bumper traffic on the N2 to Hermanus from Cape Town over a long weekend) – but it was well worth it. We stayed in a charming beachfront boutique hotel called Pousada Búzios on the outskirts of the main area of town, but it was within walking distance of the busy centre via a winding, cobbled promenade. The town was Brigitte Bardot’s favourite holiday destination in the ’60s. 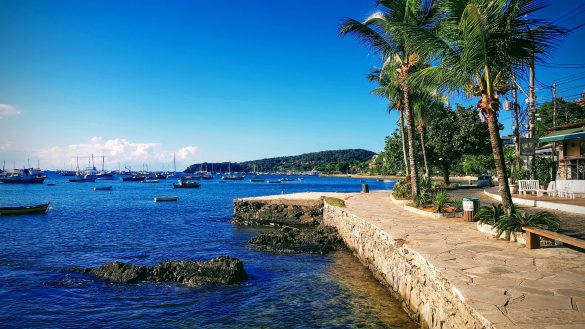 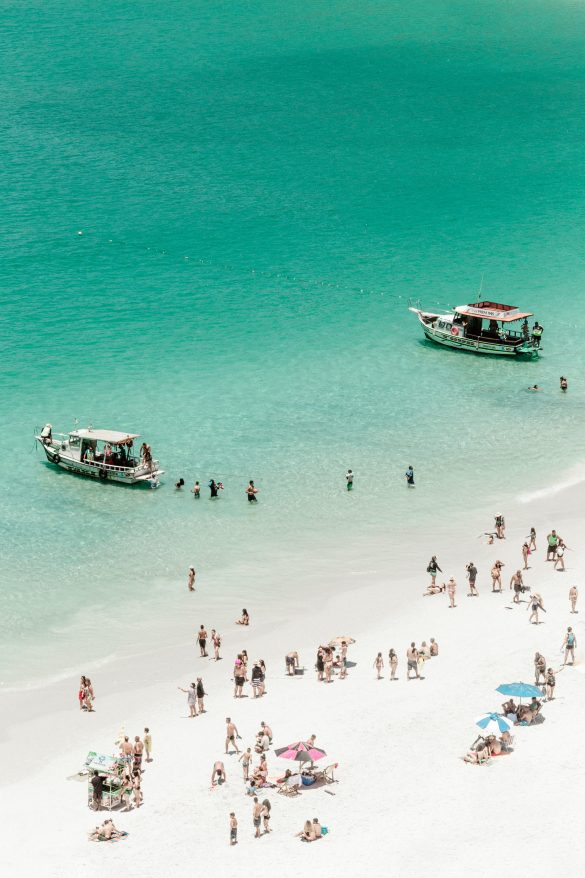 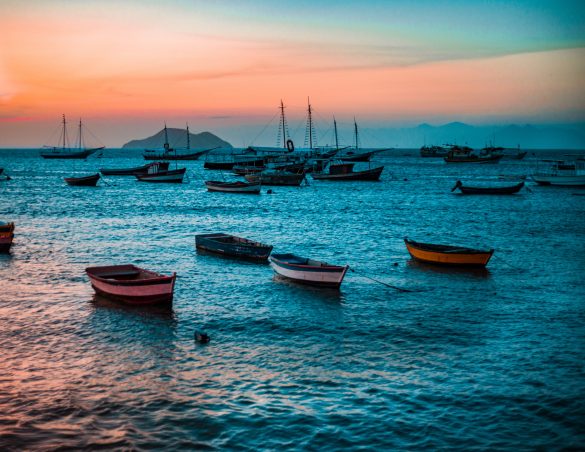 The beaches were so busy on our first day that we couldn’t find anywhere to sit, eventually claiming a flat rock that was later relinquished for some deck chairs, perched in the water. This is so worthwhile, because you pay a low rate per day for a chair and an umbrella, and you can order drinks and snacks from your vendor while you sit cooling in the water. The Brazilians take entrepreneurship and SME’s to a whole new level! You can buy anything on the beach: prawns on a skewer, hot corn on the cob, grilled haloumi cheese, cocktails, sarongs, hats, jewellery, tattoos, roasted peanuts, sunglasses, beach dresses, bikinis, and so on. Clothes are carried on metal clothes racks, which are placed in front of you with a mirror and a changing tent so you can make your purchase decision right then and there. Water taxis come right up onto the beach to collect you and take you to any other bay. It’s worth the roughly R25 per person to avoid walking in the heat. The town is favoured by cruise ships, which ferry people in and out on little white tenders all day, but it’s less busy before 11am and after 4pm. The boutiques are beautiful showcases for local brands. There are no big chain stores or franchises anywhere, and no western brands at all. Exquisite jewellery, clothes and bathing costumes are on offer. Just the way I like it.

After four days of relaxation we headed back to our apartment in bustling Rio. We did a few day trips south of the city to Barra da Tijuca, where the 2016 Olympic athletes were housed. The best beaches are here, endless miles of postcard-white sand and clear water. Surfboard shacks, propped up on bamboo poles, shelter from the heat under huge pine trees. These shacks are frequented by the coolest little ‘grom’ surfer kids with shaggy blonde hair and tanned skin.

Landscape architect Roberto Burle Marx’s paving patterns seen on the Copacabana promenade can also be found here, but with variations that include fish and bird designs. We waited out a thunderstorm at a wonderful beach bar, while eating fresh seafood washed down with local champagne.

A balance of culture

We visited the energy-efficient Museu do Amanhã (Museum of Tomorrow) in Centro, near a waterfront neighbourhood upgraded for the Olympics. Incredible three-storey murals and wall art depicting different cultures line the walkway to the museum alongside food trucks selling local fare. Interactive displays reflect environmental issues plaguing the planet, and were very thought-provoking. Check the daily schedule for the latest exhibitions. 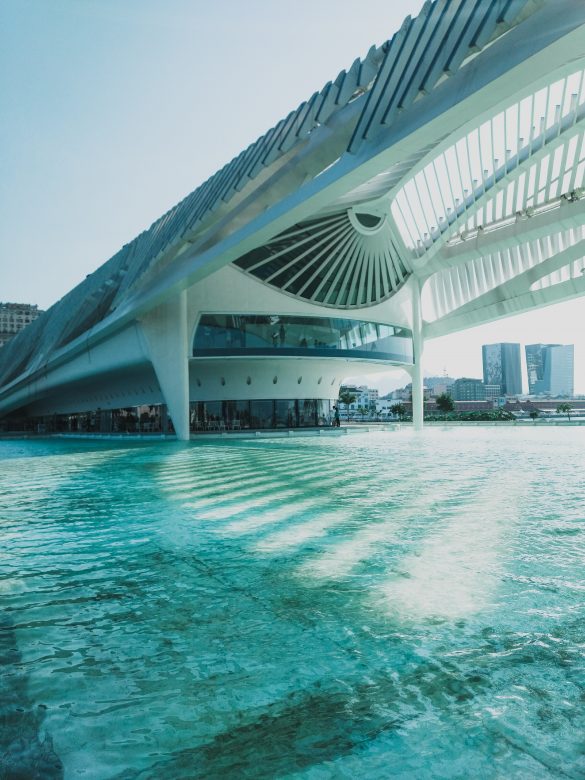 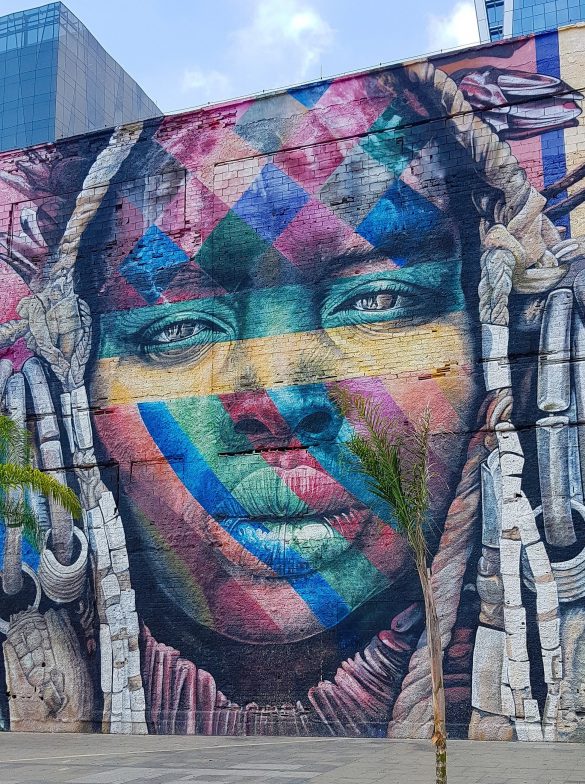 Our guide on where to eat, drink, dance and explore

There’s something for everyone in this city.

Rio’s Carioca landscapes between the mountain and the sea encompass a UNESCO World Heritage site, and the harbour is recognised as one of the seven natural wonders of the world.

Watch: The Biggest Waves In The Ocean Race

SailGP Spain| Racing On The Edge