South African born Mike Horn is a world renowned adventure and explorer. As a child he always had a fascination for the unknown. His hobby is preserving the planet, and he climbs the highest mountains and crosses the widest seas as he pursues it.

But what makes an adventurer like him tick? Watch one of his motivational talks below to find out.

In July 2019, Mike attempted his third summit of K2, the second highest mountain in the world after Everest, but was defeated by strong winds and repeated avalanches that made him head for home at 8 200m – just a few hundred metres away from his goal. ‘The day of my arrival at K2 I witnessed one of the biggest avalanches I have ever seen; the powder cloud reached a height of over 6 500m,’ he says. ‘Nature makes any human look like a speck of dust. Nature teaches us respect. Why are we not showing respect towards the planet? It’s the mother that feeds us all!’

Flick through professional explorer Mike Horn’s Instagram feed from July to August 2019 and you’ll see him bare-chested in the snow at K2 in Pakistan – and bare-chested on his ‘boat’ sailing into the Arctic Ocean as he continues with his three-year Pole2Pole expedition. The man is a machine.

Once at basecamp, with minor frostbite on his feet and face, Mike had time to reflect again. ‘Nature will always have the first word. K2 has taught me that lesson for the third time now. But this does not mean that I’ll be giving up on the dream of one day making it to the summit. Experiences like these make us stronger, more perseverant and more humble. I can therefore only be grateful for the opportunity in spite of my obvious disappointment.’

‘At extremely low temperatures everything on me was frozen and did not work anymore; the only thing which continued to work was my watch. They’re survival instruments. Literally.’ Mike was talking about the Panerai Luminor Arktos PAM00092, specially prepared for his solo, non-motorised circumnavigation of the Arctic circle, and one of several limited edition pieces created during his ambassadorship for Panerai over close to two decades. 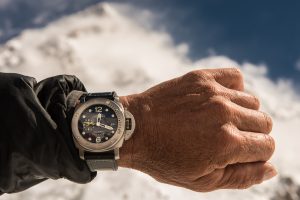 His current adventure is his Pole2Pole expedition – the crossing of the Arctic Ocean (via the north pole) – taking place over 3 years. On his wrist will be the Panerai Submersible Mike Horn Edition PAM00985, a new professional diver’s watch featuring a case, crown-protecting device, bezel and case back made of Eco-Titanium™ and a light strong strap made of recycled plastic. Horn’s signature is engraved together with a depiction of ocean life, Panerai’s natural playground, on the case back. 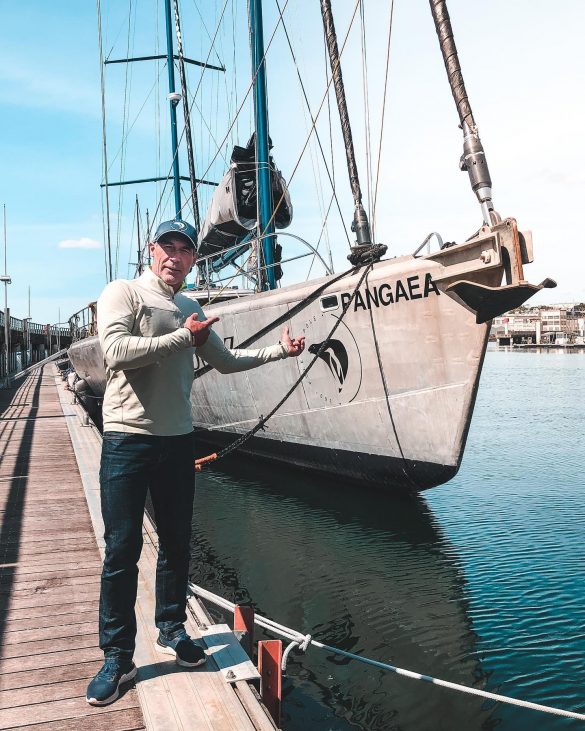 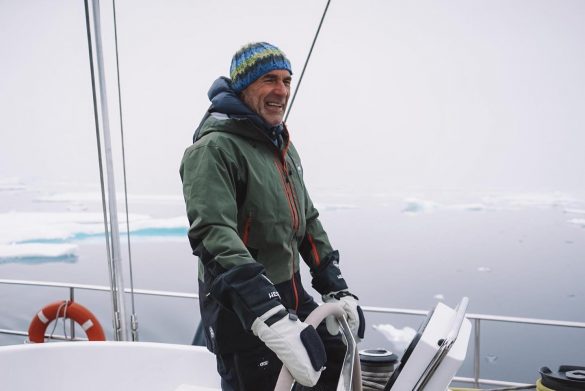 Mike Horn in the Arctic

Adapted from a piece in the  September 2019 issue of Sail +Leisure, written by Debbie Hathway.

Watch his motivational talk below.

His current expedition in Svalbard has begun and he invited renowned film makers to capture this adventure. Watch Episode1 of the Svalbard expedition – (make sure that your English subtitles are switched on).

The Debrief: A Winning Design by Mark Mills