Giles Scott MBE, is a four-time Finn Gold Cup winner and gold medallist in the Finn Class at the 2016 Summer Olympics in Rio de Janeiro. But how did he get here, as tactician on INEOS Team UK? Shirley Robertson chats to Giles in a two part podcast on just that question, and asks him about his America’s Cup dreams.

The much anticipated PRADA Cup starts on 13 Feb, with INEOS Team UK meeting Luna Rossa Prada Pirelli for a best of 9 race battle, and we can’t wait. Watch out live on You Tube.

Not his first America’s Cup

This is not his first Cup ‘rodeo’. He first joined Team Korea and then Luna Rossa for the 34th America’s Cup.

“I was completely out my depth having sailed nothing but Finns. Although I took to racing quite easily, but I was terrible at the boat handling and crew mechanics. I was on turbo learning throughout 2013.”

Luna Rossa’s America’s Cup challenge was over at the end of August 2013 when they were beaten by Emirates Team New Zealand in the Challenger Finals.Given the importance of the 2016 Olympics to Giles, he could be forgiven for skipping the 2017 America’s Cup. Doing the two events back-to-back would have been very challenging. “I was always looking to be involved. When I saw the way Ben had signed up for Oracle pre-2012, I thought, ‘That’s the way I want it to work.’ You can clearly focus on your Games and get a proper Olympic campaign done, and then still roll into the Cup. This was always what I’d wanted to do. I definitely wanted to try and engineer something that would help me to go Olympic sailing and then roll straight into the Cup. And fortunately, Ben was in agreement.”

Unsurprisingly, by late 2014, Scott was a target for other America’s Cup teams. “So I gave Ben a call and said, ‘Are you interested?’ We’d always raced against one another, but never together. Two weeks later, I’m on a contract and I was in, and in a situation that I was very, very happy with. They worked with me to do both campaigns. On a personal level it was a real career-defining 12 months. To get a shot at an Olympic medal, which I managed to do. I then rolled straight into the chance of winning an America’s Cup. Not many people get that chance. It felt like such a big break, a big opportunity. And now I’ve got the chance to do it all over again. There was never any doubt that I wouldn’t stay with the team and go again.”

Giles has his sights set on making history by winning the 36th America’s Cup for Britain with INEOS TEAM UK in Auckland and winning the last-ever Finn gold medal at Tokyo 2021.  He is used to balancing two programmes, having run a dual AC cycle and Olympic circuit last time around.

Scott is unlikely to be fazed by the pressure to follow up his gold with a second consecutive gold in Tokyo. Alongside this will be trying to make history by helping to bring the Cup home to British waters. “I’m not sure how the other guys really view it, but for me it’s simple, I’m going to give it my all, I just want to win. 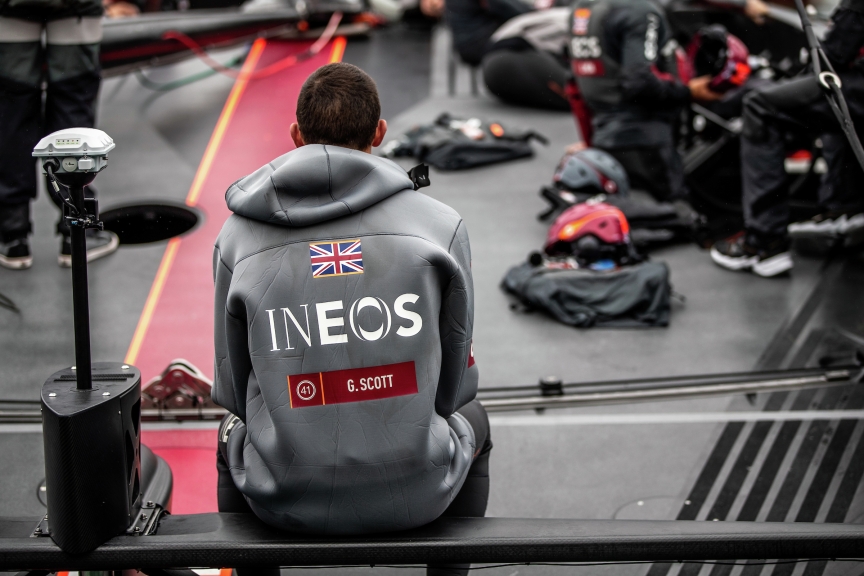