Debbie Hathway couldn’t resist an invitation to join a marine safari from Tintswalo Boulders in Cape Town – in the area where renowned cinematographer Craig Foster filmed My Octopus Teacher. Deprived of the Indian Ocean-based activities she’s used to, she couldn’t wait to experience the chillier Atlantic.

The clang of a halyard against the mast of a stationery catamaran gives me no comfort. One too many pitch poles in a stiff breeze will do that to you, especially if you’re not the kind of sailor who delights in going balls to the wall (so to speak).

I’ve had my fair share of tough conditions offshore while racing Hobie 16s in Durban. Racing is the keyword here – my skipper and I were competitive and if there was a title at stake we would give it a full go. I’m used to the role of crew, and know my limits.

The wind in Cape Town has kept me out of sailing, for good reason, but the invitation to kayak in False Bay was not one that I could pass up. I’ve kayaked once, from Mouille Point, in perfect conditions. The water was like a pond and the dolphins showed up. Easy, I thought, and the start from Shark Warrior Adventure Centre at Seaforth Beach, a marine protected area, was another incentive.

But the water beyond the sheltered bay was choppy and the wind was picking up. Not my preferred conditions, but then it wouldn’t be an adventure. After the safety briefing, we set off in pairs, in twin kayaks, comforted by the presence of our guides in single canoes. We had to paddle into the wind, against a fairly strong current, to round the corner to Windmill Beach for a short stop before heading back. The return should have been easier, with the wind behind us, but we had the threat of an undignified capsize if we didn’t point the nose in the right direction. That means not out to sea and not parallel to the waves either.

I have a healthy fear of crashing into rocks, thanks to my sailing days, so I continued to veer away from them and out to the open sea. Not ideal. I was in front, paddling stronger on the left than the right, so all I did was put us parallel to that endless series of waves. Repeatedly. We realized later we had missed the technical explanation of how to back paddle to change direction and spent a lot of energy determinedly paddling in ever-diminishing circles, going nowhere slowly.

Terry Corr, Head of Education at AfriOceans and co-director of Shark Warrior Adventure Centre, was nearby, sharing helpful tips that we appeared unable to interpret correctly. Incidentally, Corr is a passionate conservationist, qualified nature guide, skilled snorkeller and kayaker, who can’t resist sharing a good story about the natural world.

Eventually, in sheer desperation, with conditions worsening and the rest of the group long gone, Corr suggested hooking up to our kayak for the final stretch simply to keep us pointing towards the beach. A clever plan with a happy ending! 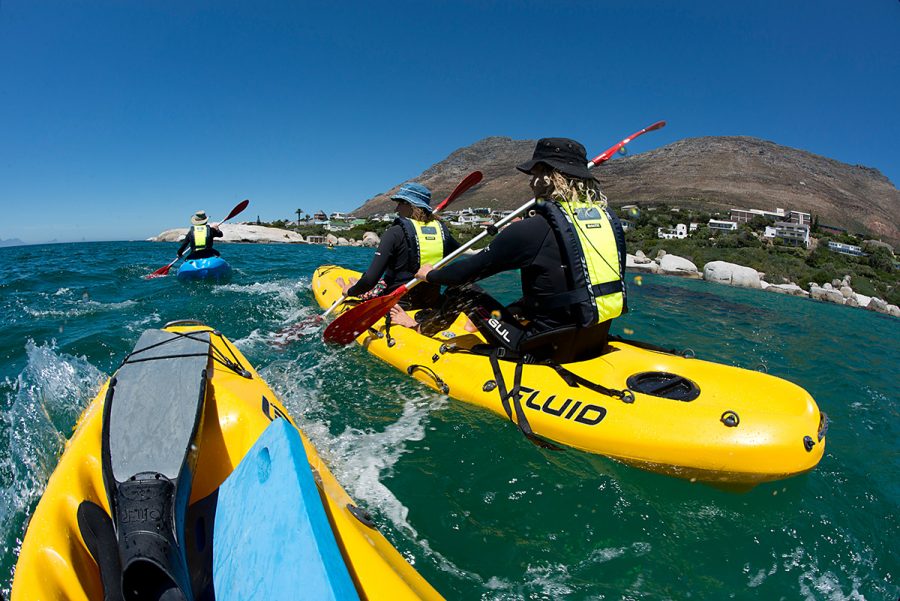 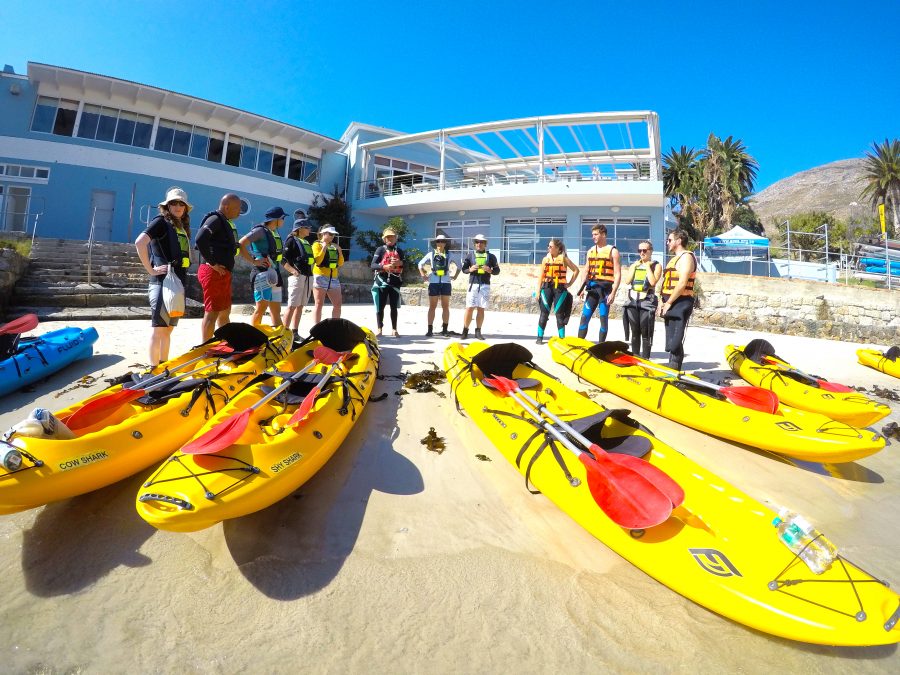 I participated in this marine adventure at the invitation of Tintswalo at Boulders, located in braying distance of the endangered African penguins that live here. Boulders Beach is one of Cape Town’s major tourist attractions and the hotel’s proximity to these endearing birds is a major USP.

The plan for the afternoon was to join Corr and Jon Monsoon, co-director of Shark Warrior Adventure Centre, a qualified nature conservationist and sea kayak guide on an informative walking tour to “meet” the penguins, and learn about their unique lifestyle and behaviour. The walk is not merely along the beach, but also along a shaded coastal forest walkway. 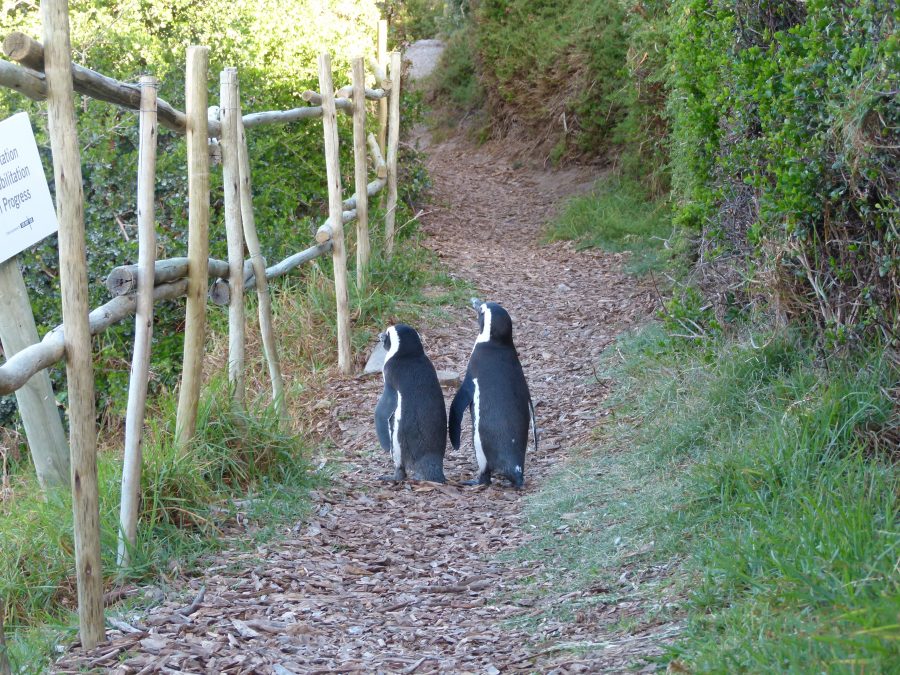 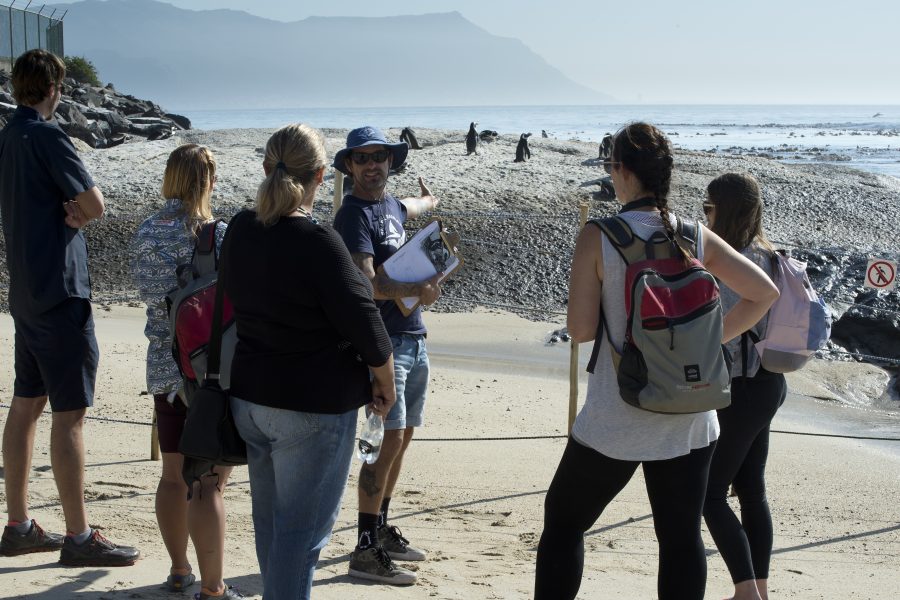 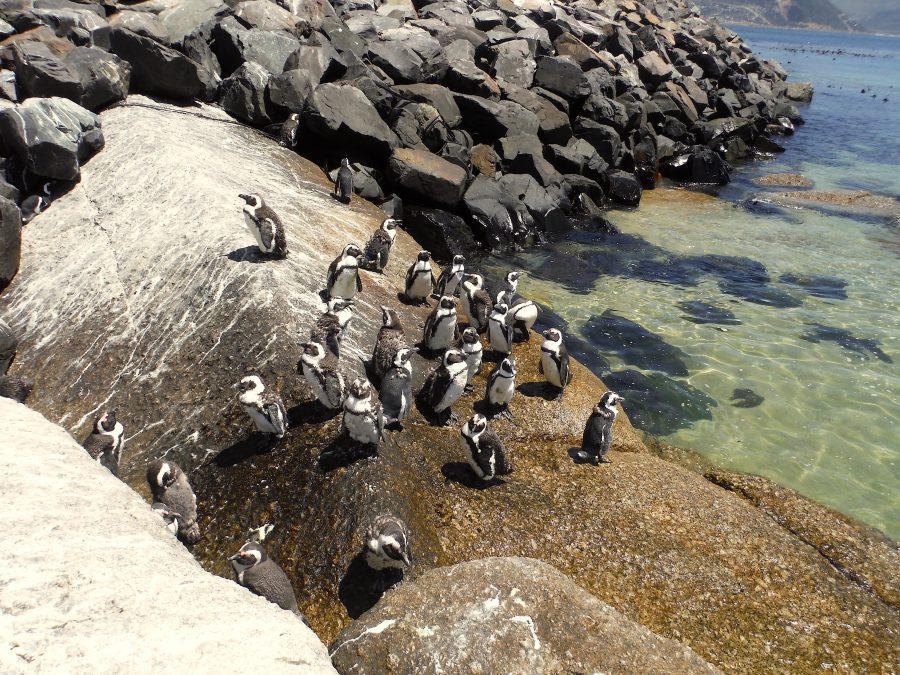 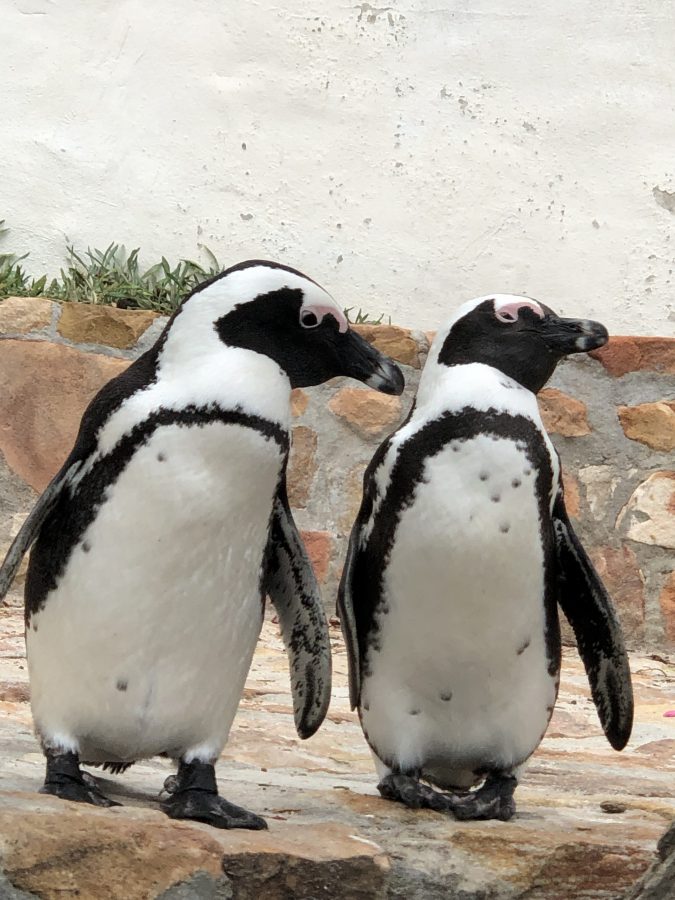 Corr and Monsoon act as unofficial guardians of the Seaforth colony, doing their utmost to protect these penguins from marauding dogs and inconsiderate humans desperate for the ultimate selfie or an award-winning performance in the Happy Feet style. A rope acts as a flimsy yet effective barrier to keep people away from their favourite rock.

Tragically, the penguin population has crashed by more than 50 percent in the past 30 years, according to BirdLife International, probably as a result of commercial fisheries and shifts in prey populations. The organisation recommends immediate conservation action to prevent further declines. “While it’s difficult to prove exactly what has caused the decreases, all the indications are that the penguins are struggling to find enough sardines and anchovies. A huge amount is done to protect penguins from other threats, but the decreases have continued unabated,” says Dr Rob Crawford, chief scientist for Marine and Coastal Management, the government department responsible for monitoring and protecting seabirds.

The penguins make a surprisingly loud barking noise, which woke me up at sunrise the next day despite the shutters that do so well to block out both light and wind. I had collapsed into a glorious king-size bed after a superb meal catered by Sous Chef Dustin Hammond.

I was in the Mayflower, an ocean-facing Superior Suite named after the cargo ship that traded vinegar and cognac with France and Spain, later carrying approximately 70 pilgrims from Great Britain to North America to build a colony. This magnificent space on the ground floor of the villa has a small balcony, provides direct access to Boulders boardwalk, and features an unforgettable bathroom and dressing room area that I imagine extends the full length of the building.

Those wake-up calls reminded me of guinea fowl at first and it took me a while to work out where I was, but once I peered out the window I could see the penguins getting busy on a distant rock. Our early morning activity was snorkelling in the kelp forest off Seaforth Beach and it was the perfect day for it.

False Bay waters are another level of freezing when you’re used to Indian Ocean temperatures and I hate being cold. I geared up in 5mm neoprene, head to toe, hoodie, gloves, booties and all, which proved very effective. Again, out of my comfort zone, but determined to participate, it took a while to get the hang of the mask and snorkel. Meanwhile, a group of penguins clustered on a nearby rock watched us treading water for a bit before diving in at a safe distance. 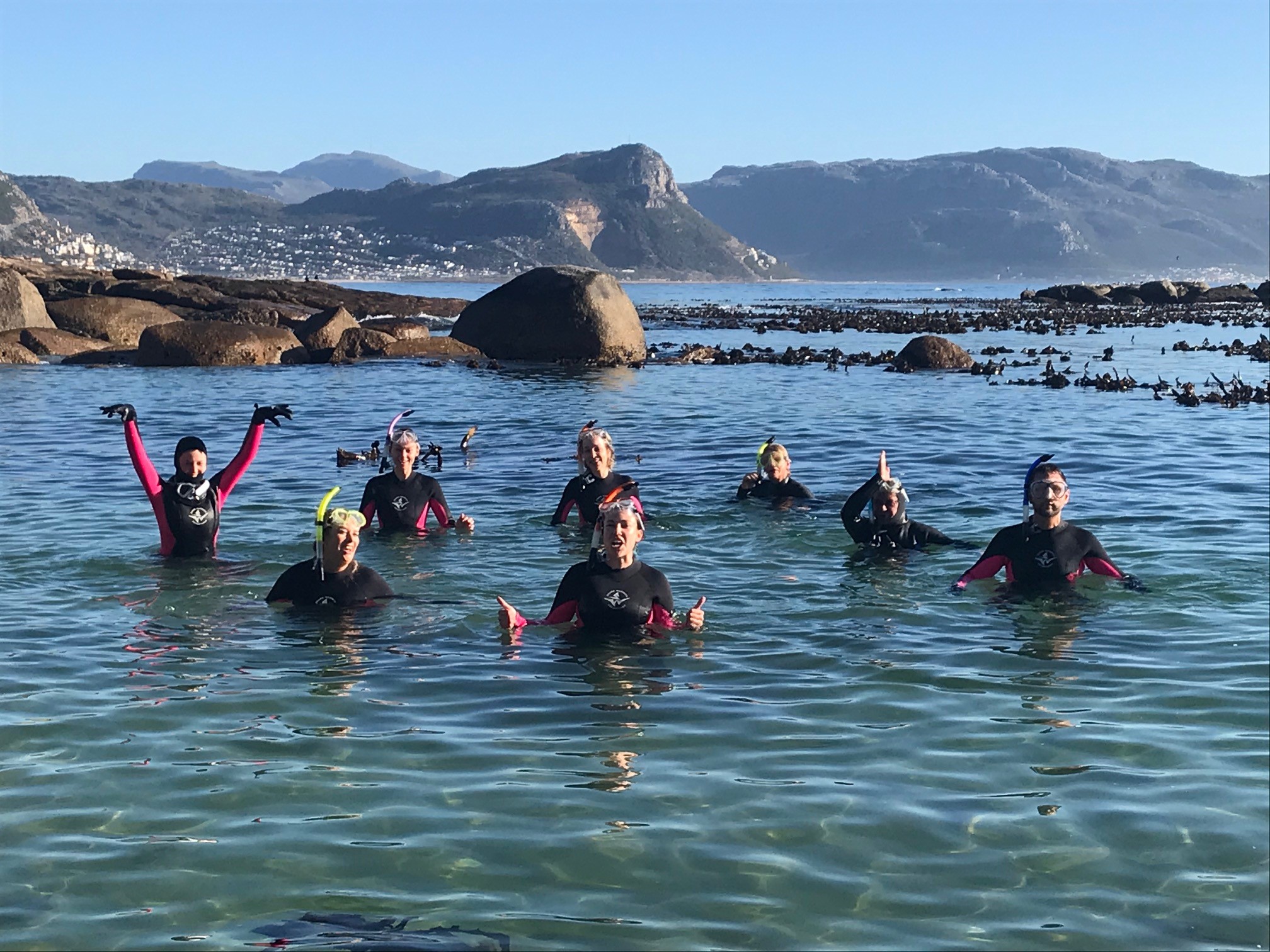 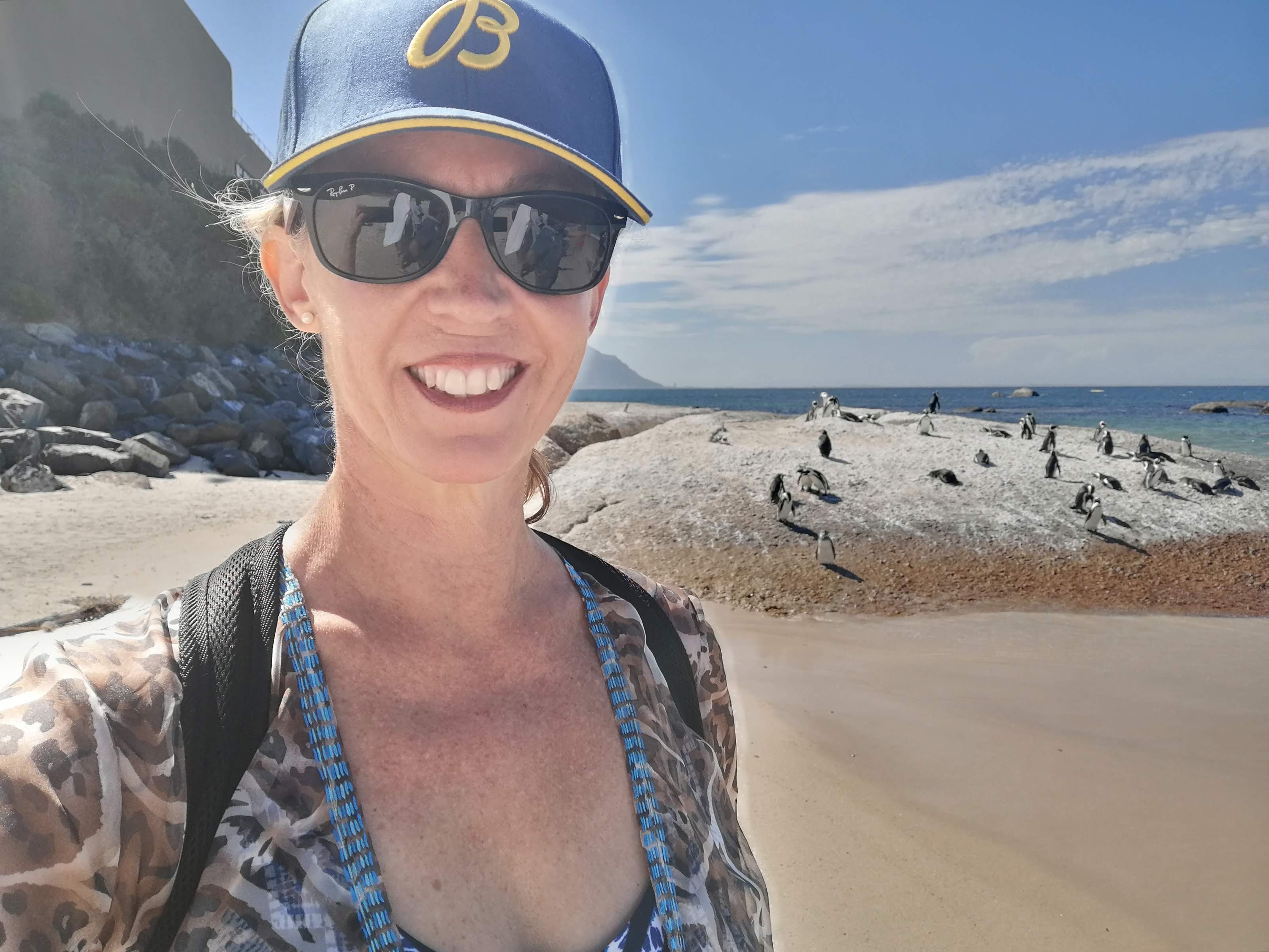 It was surreal swimming within a few meters of these incredible birds, pulling ourselves through the kelp strands to survey the starfish, sea urchins and shoals of fish below. We had several stingray sightings too, one that was in touching distance from me, and Monsoon found a baby puffadder shyshark near the beach. These small catsharks only reach about 60cm in length, after developing in and emerging from a mermaid’s purse, only in the cool waters off southern Namibia and western South Africa. The name is inspired by their small white spots and orange-brown “saddle” pattern.

I was reluctant to leave that watery cocoon and let the noise of the world in again. All distractions disappear when you’re in the ocean, concentrating on managing equipment, adjusting to the ebb and flow of the tide, and moving amongst the swaying kelp and darting fish. “Down there, below the surface, you find yourself,” says Corr. He’s absolutely right. 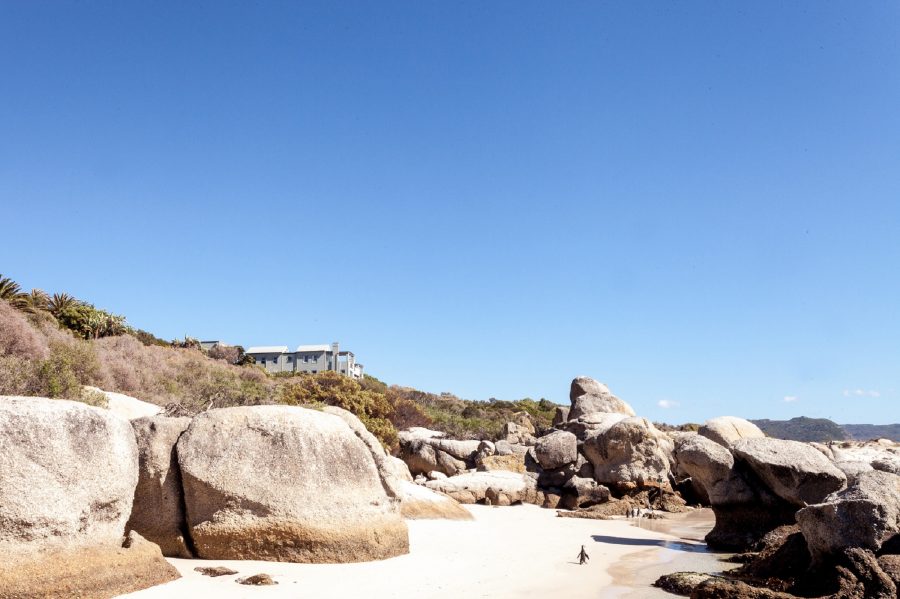 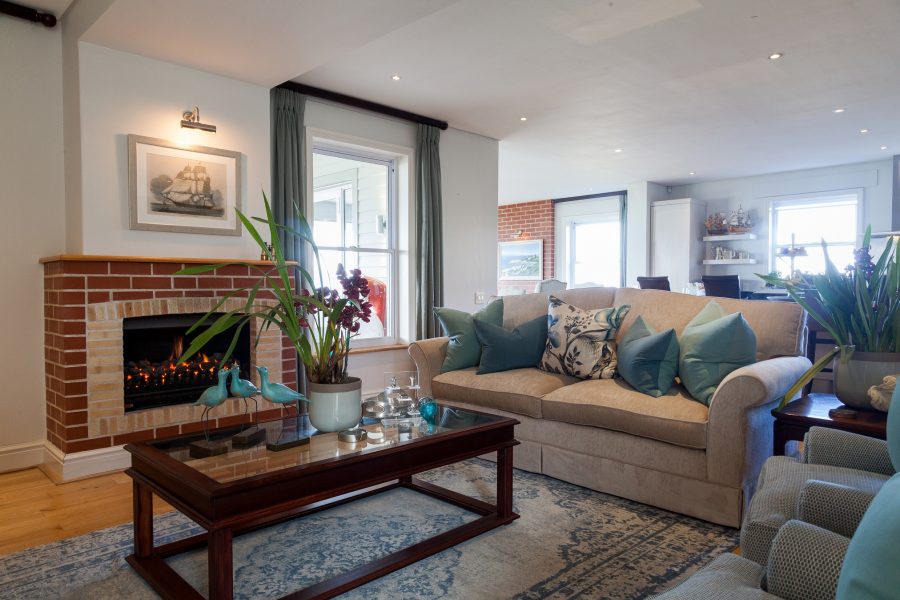 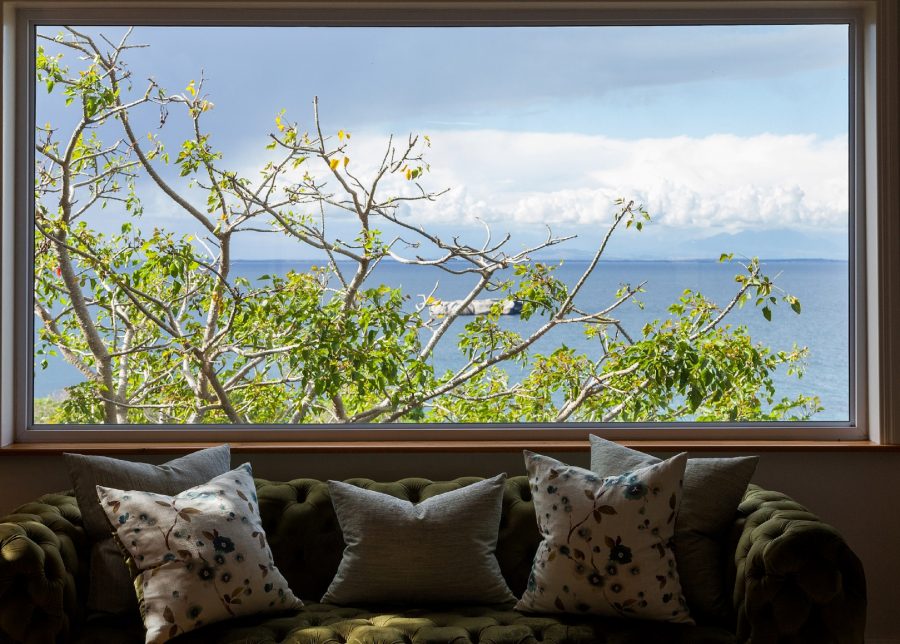 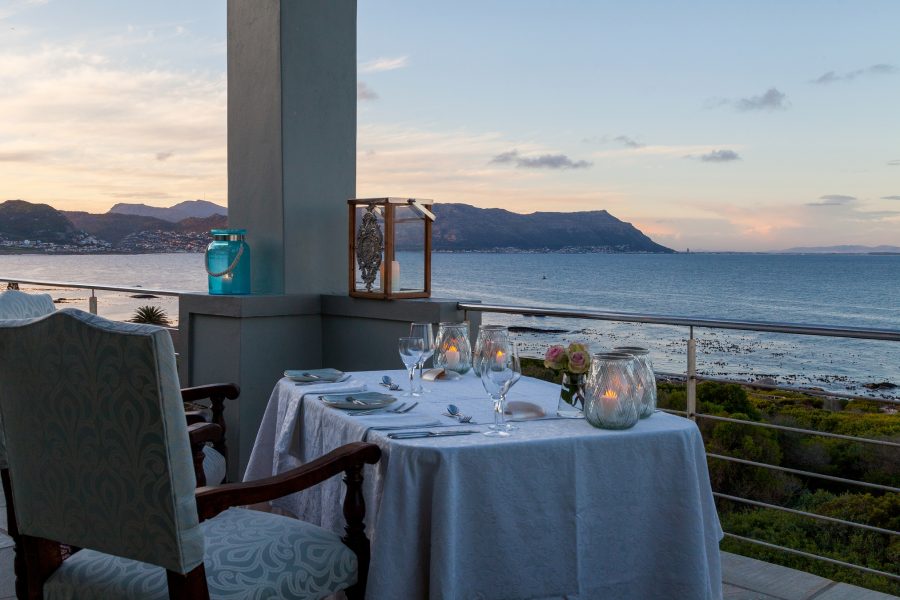 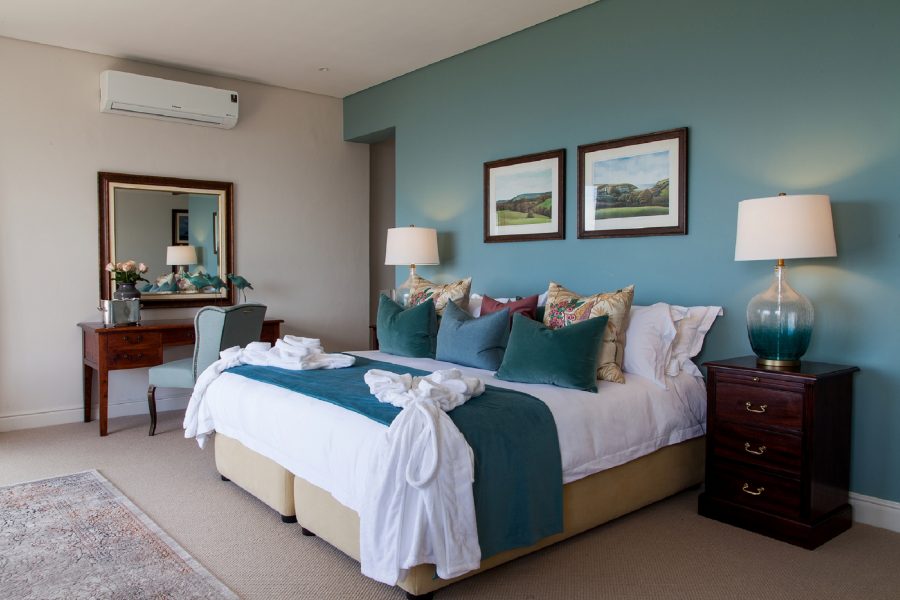 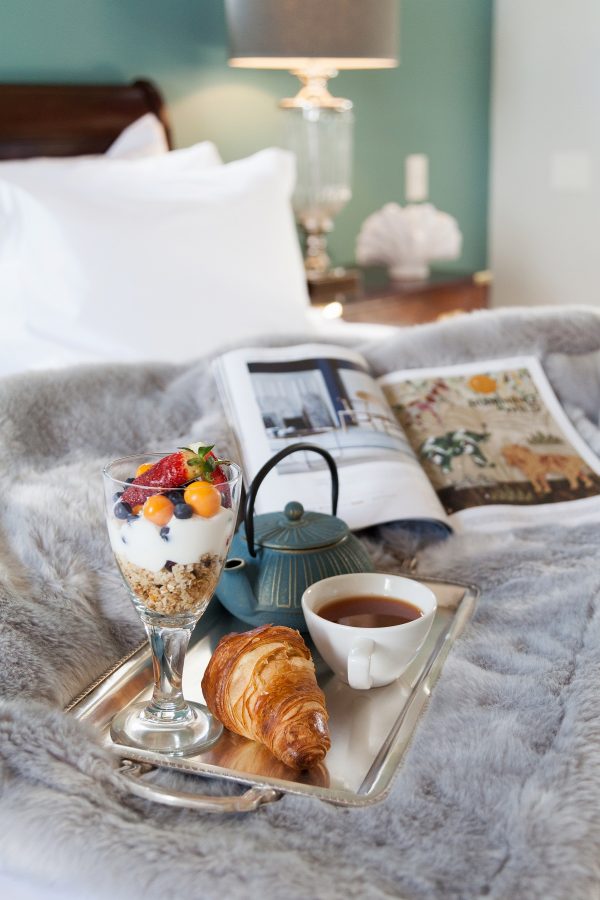 Tintswalo Boulders’ Marine Exploration Adventure Experience is a three-day package that includes a snorkelling safari in supplied wetsuits with a trained guide through the kelp forests, guided kayaking in the sheltered bays of Simon’s Town, and opportunities to visit the penguins of Boulders Beach. Package rate for SA residents: R5,250 per person sharing including two nights’ accommodation, coffees and teas, breakfast daily, one brunch, one lunch, one dinner and two water-based activities, as well as afternoon snacks on day one, and canapes and a sunset cocktail on day two. The offer is valid until 19 December 2021. Make your booking here