A surprise weekend getaway while visiting Malaysia brought a host of unexpected delights. By Simone Balman

In August 2018 my parents and I had the opportunity to visit my sister in Kuala Lumpur and she suggested that we take a special break – a long weekend on Pangkor Laut Island. Not knowing what to expect I Googled it, but what we found when we arrived surpassed all expectations.

Pangkor Laut is a tiny (and I do mean tiny) private island situated in the Straits of Malacca off the West Coast of Malaysia, roughly halfway between Kuala Lumpur and Penang (not to be confused with ‘big sister’ Pangkor Island, a mountainous resort island situated to the smaller island’s northeast). Pangkor Laut boasts numerous celebrity visitors and we found out that we’d missed Helen Mirren by just a few days. The resort’s most famous guest was Luciano Pavarotti who spent so much time there that one of the hillside suites was named after him.

A small fraction of the island’s 300 acres has been developed to house this peaceful luxury resort and its estates. It’s the only resort featured on the island, which makes it a complete gem. The island is also home to a variety of wildlife, including long-tailed macaques, oriental pied hornbills and white-bellied sea eagles. And getting there was a great experience in itself. 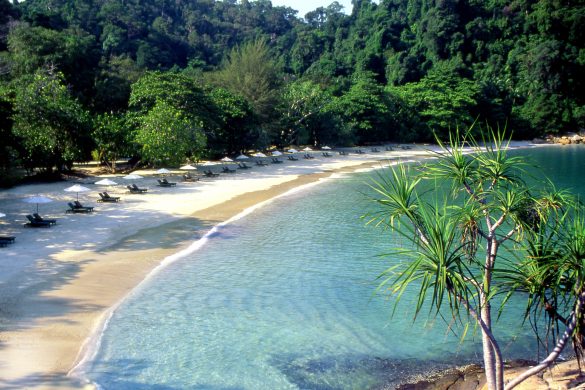 From Kuala Lumpur we had a three-hour taxi ride to Marina Island Resort, which gave us a chance to enjoy the Malaysian countryside – kilometres of palm-oil plantations as far as the eye could see, a very stark contrast to the high-rises of the capital. We had to resist the temptation to stop at the durian sellers along the way.

We were welcomed with ice-cold hibiscus drinks while we waited for the private ferry to Pangkor Laut. The trip only took about 30 minutes and, after docking, we were again welcomed with refreshments while we checked in. At this stage all we wanted to do was put on our bathing costumes and dip into the sparkling green waters of Emerald Bay. There are a choice of rooms at the resort – from hillside villas to the sea cottages built on stilts over the water. Ours were situated in between, near the main pool (and bar) area, which came in very handy.

Boasting five different restaurants, there is no shortage of menu options on the island, but the most inviting attraction of the resort must be the Spa Village. The spa offers an extensive range of treatments hailing from China, Japan, India, Thailand, Bali and Malaysia and special packages can be arranged. The Bath House Ritual, which represents various bathing traditions from around Asia, is a must-do.

Dressed in a wrap, you’re taken to the first stage of the ritual: the foot-pounding (which was developed in China to relieve the pressure on young girls’ feet after being bound). It was the strangest treatment I’d ever experienced but weirdly relaxing. After the foot treatment, you’re led to the Malaysian bath, walking through a waterfall and then into ice-cold water where you’re left to literally chill for five to 10 minutes.

The final stage of my experience was the Chinese washroom where I was scrubbed down yet again with salts and rinsed off by my attendant with pails of hot water. Breakfast is served at the Feast Village restaurant, which is amazingly interactive with chefs cooking at various food stations. Just about anything you’d want to taste is here – from traditional Malay nasi lemak (fatty rice cooked in coconut milk with all the accompaniments), curries and dahls to European, Asian and continental dishes. It was a real challenge to leave space for lunch and dinner. Lunches are served at the Royal Bay Beach Club and Chapman’s Bar on the far side of the island at Emerald Cove Beach. 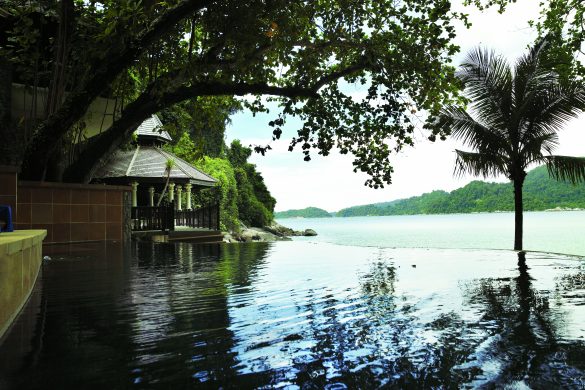 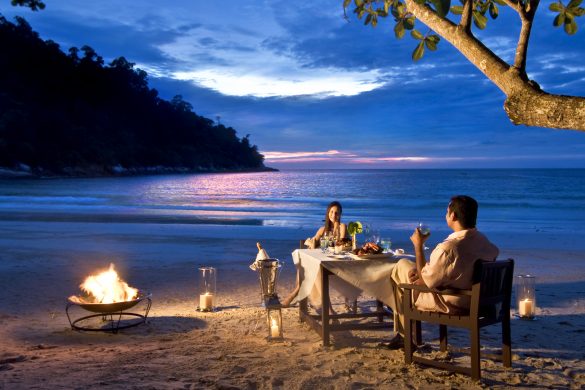 Shuttle buses run continuously to ferry guests between the beach, pool, spa and restaurants. Evening cocktails were also a must-do at both venues, with Chapman’s Bar being the more popular option to take in the sunsets. My sister tried to talk me into going on the ‘Jungle Walk’ with her – a hike through the island’s dense tropical vegetation but warnings from the guides about being on the lookout for the monitor lizards that can grow up to 1.5 metres made me think twice. On our second evening, we booked at Uncle Lim’s Kitchen, where I sampled some of the best Chinese food I’ve ever tasted.

The views from this rotunda restaurant, built on a rocky outcrop overlooking the Straits of Malacca, were exceptional. Uncle Lim, a real-life character, personally oversees the cooking and has been there since the restaurant’s inception. The resort also has an L36 that is used to take guests out on sailing day trips around the island, but the focus is almost purely on R&R and being completely pampered.
For couples looking for a perfect place to get spoilt and just chill away from the rat race, Pangkor Laut Resort is the perfect paradise. 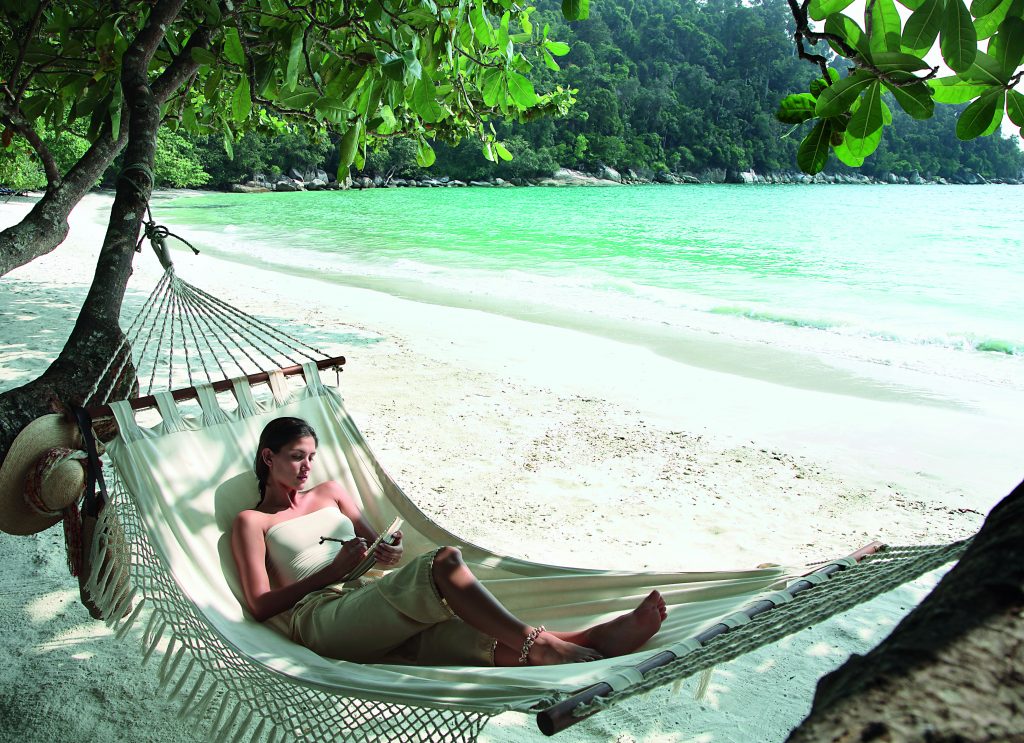