The team behind the 80ft Trimaran LoveWater were already champions in our minds when they joined hands with the WWF to raise awareness of plastic pollution in our oceans. But they also smashed the trans-Atlantic record in the Cape to Rio Race by some 3 days. Behind their record attempt is their love for the ocean along with their goal to raise awareness surrounding the devastation that plastic has had on our environment.

One of the ‘Big Dogs’

From the moment LoveWater arrived in Cape Town, it was clear that this multihull was something special. Dubbed one of the “big dogs” of the Cape to Rio 2020 race, the ocean-going, multihull racing vessel LoveWater was pitching herself against the reigning trans-Atlantic record holder, Maserati – with aims to break the record for the trans-Atlantic crossing in just eight-days. 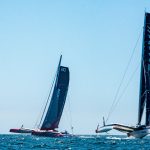 LoveWater and Maserati battled it out from the start. Picture @AlecSmith

With eight crew members on board, and their sights set on a record-breaking eight-day race, the team planned to share eight stories about plastic pollution during their voyage (one each day).

The compelling hashtag #ourplasticourproblem themed each of the eight videos and shared stats and facts about the current situation regarding plastic use and pollution in South Africa. The unhealthy and unsustainable relationship between mankind and plastic is what geared the team to focus their #SAIL4GOOD campaign towards plastic pollution in our oceans. As sailors they have seen first hand how badly the ecosystems and environments can be affected.

Watch all the videos here.

The number eight wasn’t a random choice. Pavitray Pillay, Environmental Behaviour Change Manager with WWF South Africa, said:  “With an estimated eight million tonnes of plastic entering our oceans each year from land-based sources, we couldn’t think of a more important issue to tackle together.” Upon the teams’ victorious arrival in Rio de Janeiro Pillay added, “The successful WWF-SA #LoveWater collaboration during the Cape2Rio 2020 race is a clear indication how sport and collective action can be used to highlight an important environmental crisis.  The plastic pollution problem is everyone’s responsibility and can only be addressed through collective action.  The campaign did a phenomenal job of raising awareness around problem plastics in our oceans with HomeChoice, the key sponsor of the team, making a clear and decisive commitment by signing the South African Plastic Pact.  WWF-SA and the panda family fully supported the team as they raced to victory – a feat we had full confidence they would achieve!”

Rick Garratt, sponsor of LoveWater and Founder of HomeChoice International Ltd, said “As a company, with the help of WWF, we are committed to reducing our use of plastics in 2020 by signing the plastics pledge and we urge other companies to follow suit.’’

Over 10,000 people were reached on Facebook and another 5,000 on Instagram and with the help of influencers, including bloggers, radio-hosts and musicians, the campaign reached over 125,000 people. The dedication from the team to spread the love for water is in itself inspiring, never mind the actual feat of breaking the record. 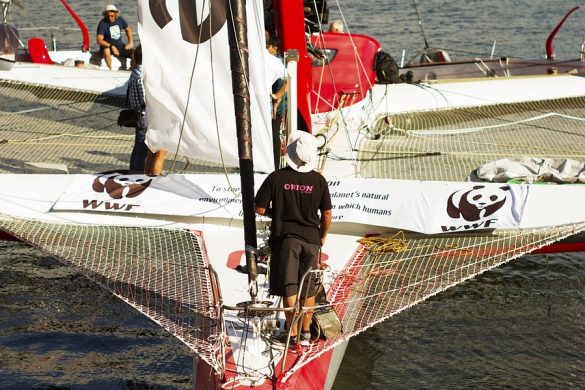 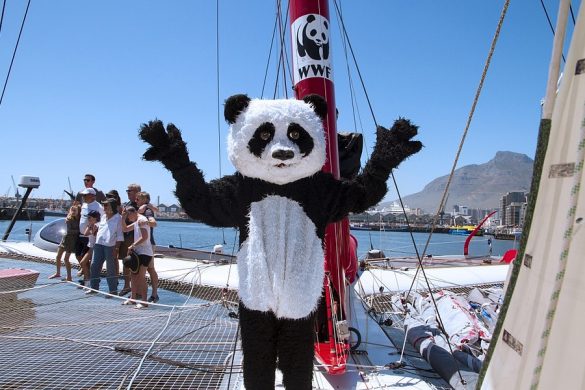 The Race to Break a Record

LoveWater joined the “second start” of the race on a perfect Cape Town’s summer day on January 11.

After intense, extremely fast sailing and storm-dodging across the Atlantic ocean, LoveWater was the first boat to cross the finish line after a tight contest with Giovanni Soldini’s Maserati

The team broke the record for the crossing by three days. And in a very rare double win, they took both the Line Honours and Handicap titles.

Their record time was 7 days, 20 hours, 54 minutes and 2 seconds (Maserati came in a few hours later, in 8 days 3 hours 39 minutes and 34 seconds).
At the finish, skipper Craig Sutherland described the crew as an “ecstatic, exhausted, salty, smelly bunch of sailors”. 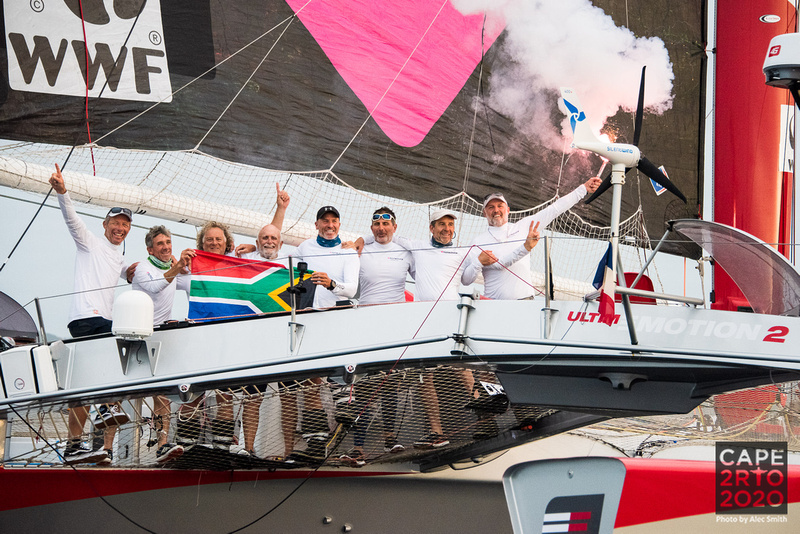 Cape2Rio2020 entrants were urged to align with, and support a charity or cause of their choice by raising awareness and/or funds. This simple and positive investment in social, environmental and cultural upliftment was taken on by many of the teams. We highlight a few here.