Home Heroes Jan Dekker | One of a kind
Heroes

Jan Dekker | One of a kind

Local sailor, Jan Dekker has an impressive resumé and the South African sailing fraternity is proud to claim him as their own. He’s done five laps around the world – on water – and is still keen for more challenges.

In 2014 South African journalist Gary Lemke interviewed Jan Dekker over a beer at the V&A Waterfront in Cape Town. He wanted to know what was needed to be a success in one of the hardest professions of all. Dekker listed five qualities: you must be a team player, be athletic, not be scared, enjoy doing things and be organised.

At 48, the acclaimed bowman-cum-rescue diver is not the youngster at the front of the boat anymore but in his case age is still just a number. ‘Sure, the body isn’t able to do everything it was once able to, but it’s all relative. Stand him against “normal” guys half his age and he’ll teach them a lesson or two,’ writes Lemke. ‘Then again, Dekker doesn’t operate in a world of “normal guys”.’ 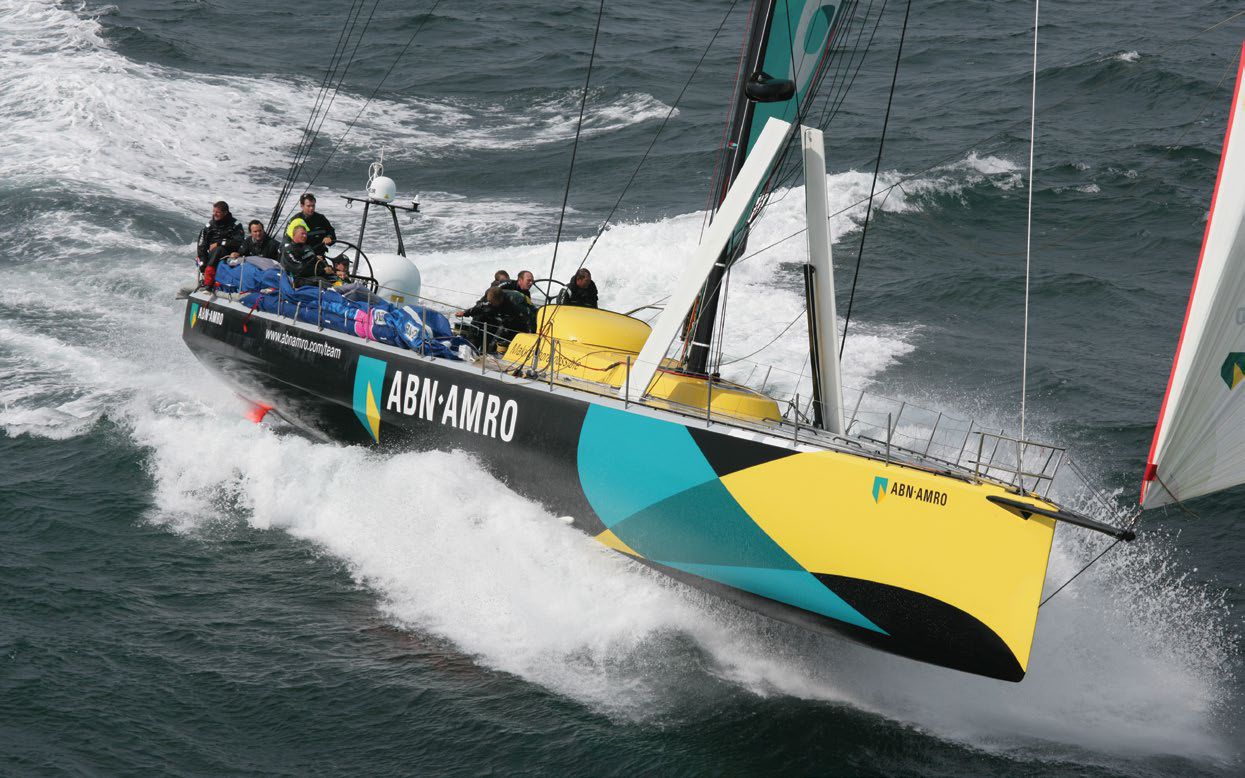 He lists among his greatest experiences three Volvo (formerly Whitbread) Ocean Races and five America’s Cup challenges, one being the 2013 win by then defending champions Oracle Team USA in their home waters of San Francisco. Dekker sailed on ABN Amro 1 to win the Volvo Ocean Race in 2006, competing previously on Silk Cut in 1997 and Tyco in 2001.

It was one of the greatest storylines in the history of sports, writes Lemke. Team USA found themselves 8-1 down in the best-of-17 against Team New Zealand. The first to win nine races would take all the glory in sailing’s equivalent to motor racing’s Formula One. ‘With each subsequent win the belief just grew and grew,’ Dekker says. ‘And with each subsequent defeat the more the pressure was heaped on New Zealand. It was theirs to lose, not ours to win. They had everyone in their home country cheering them on and expecting them to shut it out. Even their government, who had given them millions for the campaign.’

What happened next is the stuff of sporting folklore. The biggest comeback or the biggest choke? It has been described as both, depending on which side of the fence you sit. Dekker is in no doubt. ‘We won it, they didn’t lose it,’ he reckons. ‘I’m not saying that they didn’t work hard but on our days off we put everything into improving the boat. Little fractions and margins here and there make a huge difference. We tweaked things and practised, and it paid off.’

This year, he competed again in the legendary Superyacht Regatta this time on Visione which finished third in Class A. Commenting on the performance of overall winner Team Emirates New Zealand Dekker says they were ‘way more innovative than their rival teams. One example was powering up the hydraulic system with pedal power on bikes instead of arm power on grinders. Not only was this better for power output, it also enabled them to free up their hands to control their foils more accurately. I also think their foils were better, which gave them more straight-line speed.’

Dekker has an impressive sailing CV for a former diamond diver on South Africa’s West Coast, who got into sailing ‘a little bit by chance’. On a holiday trip in France visiting family in 1990 he ended up in Saint Tropez when the La Nioulargue regatta was about to start. He had done a bit of sailing by then, and managed to get on a boat for the event. While there he met a guy who asked him if he wanted to help him deliver a boat across the Atlantic Ocean to Saint Thomas, in the Caribbean. Dekker gladly accepted for a few dollars. Shortly after their arrival, another guy asked him to help deliver a boat to England, for another few dollars. While Dekker was on that boat he came across some old footage of the Whitbread Round the World Race. ‘I was immediately hooked by the sense of adventure and the challenge. And while it took me a few years to break into that world, suffice it to say, I never went back to diamond diving!’

Three-time Olympic gold medallist, and two-time winner of the America’s Cup with Alinghi (2003 and 2007), Jochen Schümann recruited Dekker for Alinghi in 2006. ‘He’s an experienced bowman and has sailed on a lot of different boats. He is physically very strong and that is useful on Cup boats. We need strong, solid, experienced bow people. We know Jan’s very experienced, having done various Volvos and trimaran campaigns in France, aside from other big boat programmes, and have put him in the rig team, hoping that we can learn a bit from him.’ High praise indeed, notes Lemke.

Dekker’s also a fighter. The bowman is a critical position on a boat. He’s the man at the front, with danger lurking everywhere. ‘To go up the mast is not difficult but when you go up it when there are big waves, it’s a different story,’ he says. ‘It can become quite dangerous.’ That in itself is an understatement, though Dekker can never be accused of overdramatising things. ‘Injuries and even death are part of the game,’ he says. ‘I’ve torn ligaments, been knocked unconscious a couple of times and been left “hanging out there” on the spinnaker pole.’

During the 2008 Jules Verne Trophy, Dekker was the only English-speaking crew member of Groupama 3 that capsized off the coast of New Zealand while enjoying a day’s lead on the previous record. ‘I was on watch at the helm with Franck Proffit and Fred Le Peutrec. The leeward float broke and there was a quick chain reaction. The float had taken the beam with it and that broke too. We capsized within 10 seconds.’ The giant trimaran was upside down in the water and quickly three New Zealand rescue services helicopters were on the scene to airlift the 10 crew members to safety. A year later Groupama 3 was forced to abandon its world record attempt at sea, but she returned in 2010 and achieved the goal in 48 days, 7 hours, 44 minutes. 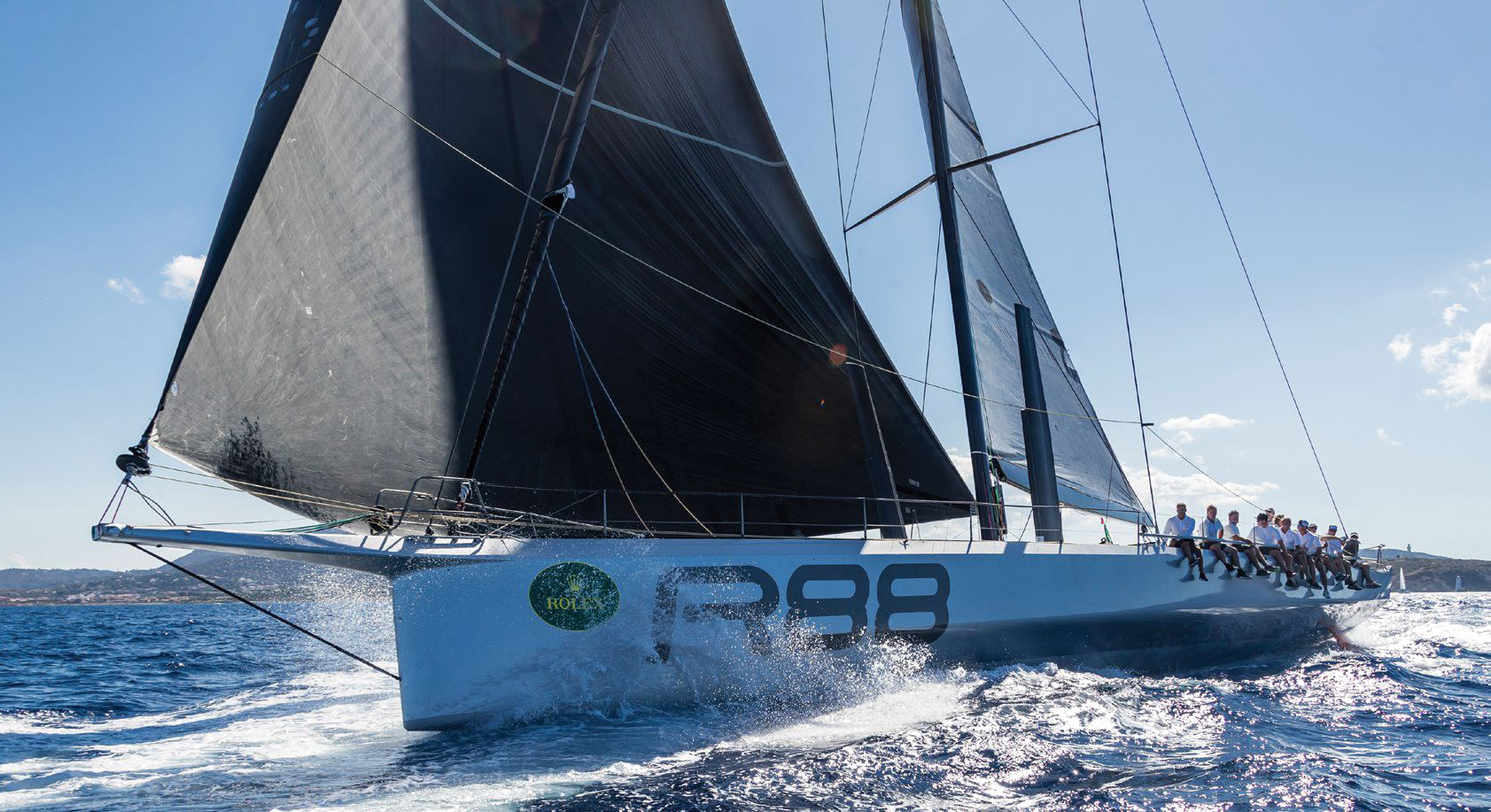 NOT FOR THE FAINT-HEARTED

In 2011, Dekker was crewing on George David’s Rambler 100 in the Rolex Fastnet Race when the keel fin snapped and the massive yacht turned upside down, throwing all 21 sailors in the drink. Miraculously they were all rescued, but a New York Times article about the event is a stark reminder of how lucky they were. Most of the crew were wearing life jackets but there ‘could still have been deaths if (Jerry) Kirby and Jan Dekker had not pulled a drowning crew mate, Mick Harvey, to safety…. Or if navigator Peter Isler, the last to leave the navigation station after the boat had flipped, had not found a way to grab on to Andrew Taylor’s boot underwater after a long, increasingly frantic swim, which then allowed Taylor to pull him to safety. Or if Wave Chieftain, a dive boat that happened to be in the area, had not managed to locate and rescue the five free-floating sailors in the fading light in the cold water.’

Dekker has seen worse though. In May 2013, when the 72-foot Swedish America’s Cup entrant Artemis Racing was turning downwind while travelling at 30 knots (about 55km/h) the bow of the catamaran dipped beneath the surface. The port hull broke and inverted on top of the wing, trapping Andrew ‘Bart’ Simpson. Just 36, the British sailor – an Olympic champion – was under water. Dekker was aboard another boat and was first on the scene within ‘about six minutes’. ‘He was gone,’ he recalls. ‘Nothing could be done to revive him.’ The tragedy rocked the sport, and came as a stark reminder of its inherent dangers. Dekker’s professionalism and actions were noted and almost immediately he was recruited as a full-time rescue diver with Oracle Team USA. On these modern boats there isn’t really a place for a bowman. You have four positions – trimmer, driver, bringer and tactician, he explains. Then 45, his role had nothing to do with age. Dekker was happy to have been able to play a part in the America’s Cup success, whatever his role was.

Dekker describes the latter as ‘interesting this year as the wind was mostly from the west as opposed to the normal easterly trades’. His advice to anyone wanting to take up a career as a professional sailor is simple. If you have designs on being at the cutting edge of the sport but get seasick in a bathtub or have a fear of the unknown, don’t waste your time. ‘Just sail as much as you can, do a good job wherever you can and eventually people will notice that you’re doing a good job and will offer you a position somewhere. There is a finite number of people who can do this job. And we all tend to keep in touch and sail together when we can. Mostly we’re a crew of easy-going guys and a tight community.’

By Gary Lemke and Ingrid Hale

Carlo Borlenghi | Behind the lens with a...