Arriving late to the competition with no luggage and no equipment, South African Gletwyn Rubidge took it all in his stride. The athletic elder statesman showed everyone he meant business when he literally dove into the sea with nothing on but a speedo. Nicknamed “Ging”, he powered himself down with only his hands and his feet, to return triumphantly from 55 meters to be greeted by a white card for his stunning CNF performance. “Ging” would continue his successful endeavours with more colourful attire, when his bags eventually arrived, entertaining everyone with his personal bests, waving to judges at the bottom plate and handily delivering a new South African national record in CWT to 90m (Deeper Blue).

At the Infinity Depth Games, held in Larnaca, Cyprus from 11 to 19 October he made four dives – three of which were new SA records. The first was in the no fins discipline (CNF) where he reached 55m, the second was a 70m dive with bi-fins (CWTB) extending the former record by five metres. His third discipline was free immersion (FIM – pulling on the rope, no fins permitted) where he added ten meters to the former SA record taking it from 70 to 80m. He ended with a three minute dive to 90m using a monofin (CWT) adding four meters to the former record. Rubidge’s wife commented in a facebook post “that’s a total swim distance of 180m with no air, no chance to breathe, and with 10 atmospheres of pressure squeezing his chest and lungs at the deepest point. His lungs would be compressed to the size of lemons. Free-diving is amazingly one of the fastest growing sports in the world, and the best free-divers usually live in the Mediterranean, where they can dive all year round in warm, shark-free waters. For a South African from the Eastern Cape, with its rough, dark, cold and sharky waters, this is truly an incredible feat.” 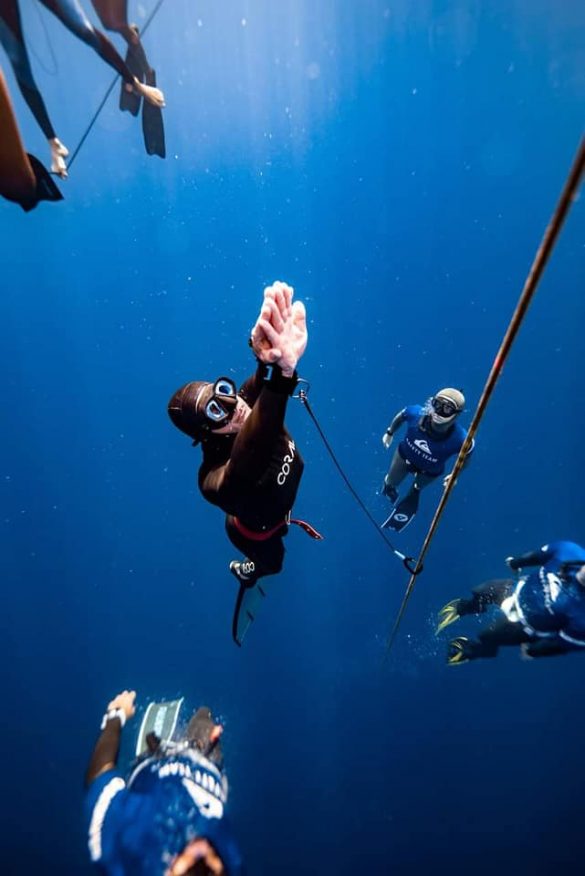 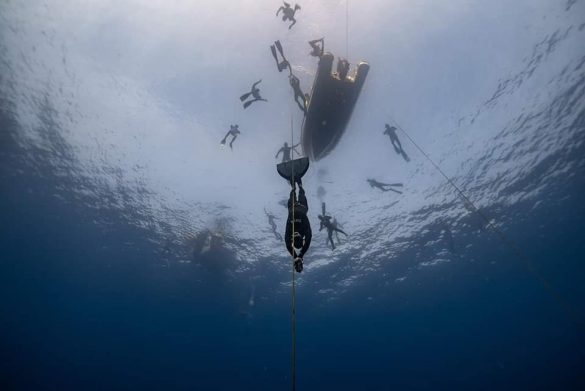 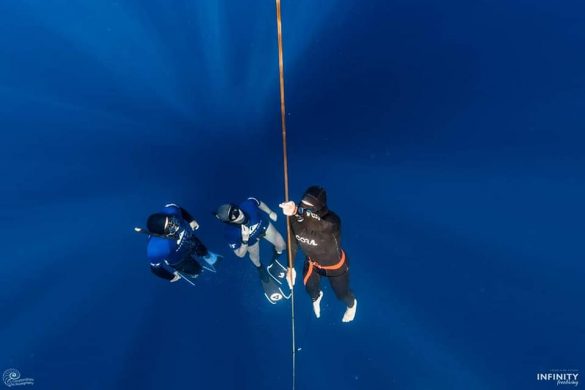 The Debrief | The Sports Luxe Look