Catch the highlights of the Rolex TP52 World Championships in this recap video.

The SA-flagged Phoenix  helmed by Hasso Plattner competed with a mix of young talent and old school experience.

Ten years after their first world title win in Lanzarote, Quantum Racing lifted the Rolex TP52 World Championship crown in Cascais, winning a spirited ding-dong battle with rivals Azzurra in the typically muscular Atlantic breezes that the Portuguese hotspot has long since been renowned for.

With Dean Barker steering and Terry Hutchison leading a concerted, big Quantum team effort, they mastered what proved a challenging, breezy race area, which often favoured the opportunists. With nine boats racing, all brand new this season, and all with an equal chance of winning, there is widespread acknowledgment that Quantum Racing were a step ahead in their execution throughout the five day championship.

Several times over the course of the nine-race world championship regatta Hutchinson and the Quantum Racing after-guard had deftly and doggedly turned modest positions into premium points scoring top three positions, only to then lose those places to their rivals downwind gambles.

Several times, searing downwind-sleigh rides saw gains and losses of hundreds of metres at times, during what proved a thrilling world championship. There was little scope for precision, percentage sailing and over the last five races Quantum Racing sailed 1,5,1,5,1 to Azzurra’s 6,1,5,1,2. The American-flagged team of Doug DeVos won the world title by four points from their Argentine-Italian rivals, their best result of the season to date. 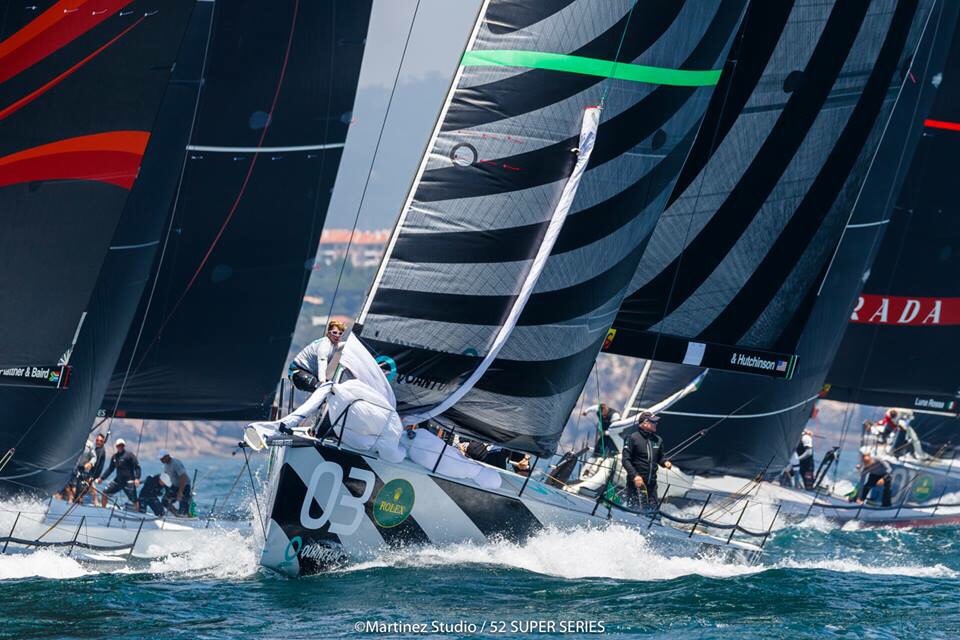 Quantum Racing’s Hutchinson revealed that during their pre-season, they identified these World Championships and the attendant expectation of strong breezes as fundamental to how they optimised and set up their newly launched boat.

“We hedged our boat towards this regatta. A lot of little things inside the yacht and in the rig program were hedged towards this event, so it’s nice to see it come to fruition,” an emotional and visibly relieved Hutchinson explained.

“Of course you’re only as good as your last race, and fortunately for us right now that was a win. But you can’t say enough about the effort that the entire team put in. This isn’t an individual win, this is a full team win: the shore guys, our sail program, everything that we’ve done here is with an eye of continually improving.”

Assessing the strength and depth of the fleet right now, as others have pointed out, Hutchinson adds:

“If you had to say as you look across the fleet: Sled is going quite well, Alegre as well, the step up across the fleet compared to last season is quite impressive. It moves in swings and roundabouts, but there are some really good teams. I think we coughed up 15 points at the last regatta. You are never too far away from having one like that, and the fleet is good enough that if you make a mistake in a race or two they pounce on you really quickly.” 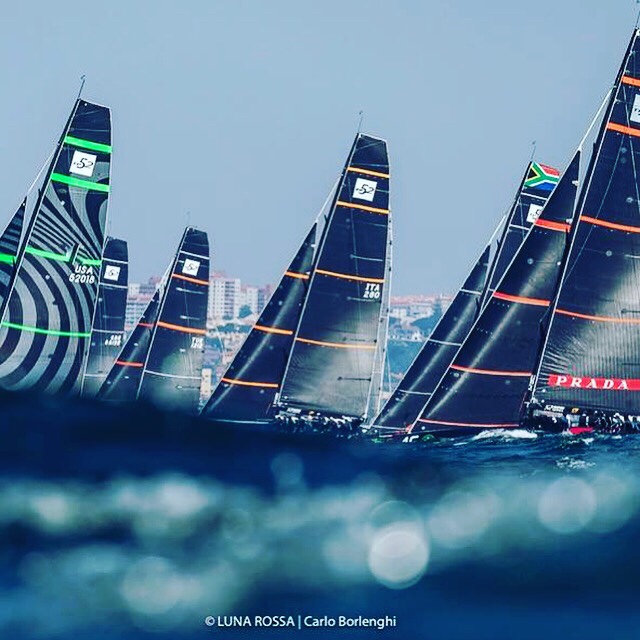 For Azzurra, the 2017 52 SUPER SERIES champions, and themselves twice world champions, there was the huge satisfaction of not just coming back from two modest finishes in Croatia – fourth and seventh – and proving they have lost nothing of their free-thinking, hard-driving Argentine Gaucho spirit in the big breeze, but they also moved up the 52 SUPER SERIES leaderboard to third overall. 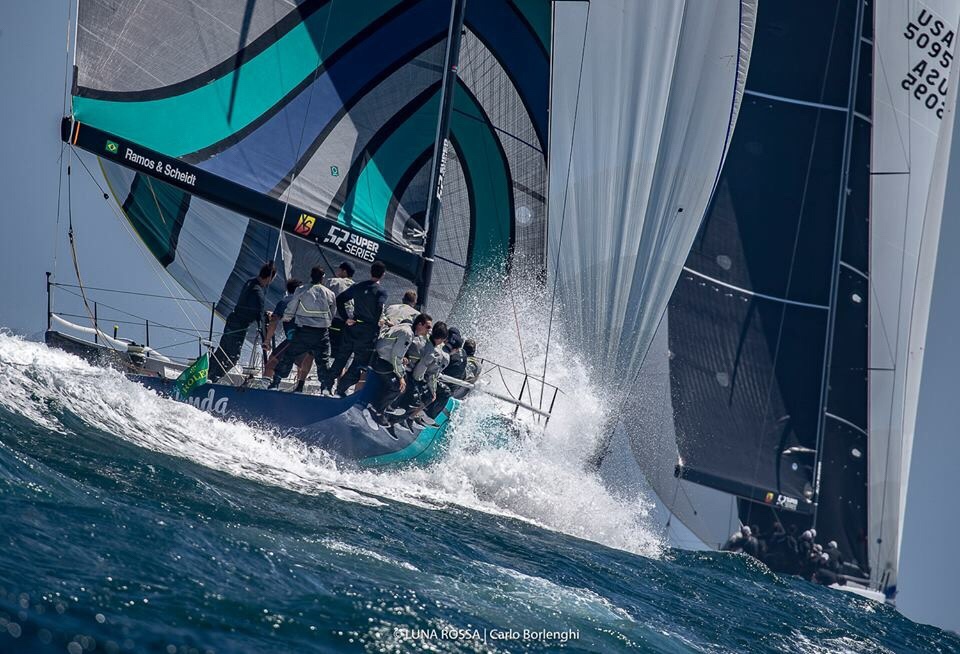 An exciting, engaging battle between owner-drivers Andy Soriano and Sled’s Takashi Okura, saw Soriano and Alegre win out, but only on the last day of what was a great duel. Alegre take third in the world championship – their first podium this season with Sled in fourth.

Quantum Racing lead the 52 SUPER SERIES season standings now by 19 points, having come to Cascais leading by just four. Platoon dropped most, from a share of second along with Sled to now be 33 points adrift of Quantum after three of five regattas. Sled are second for the season now.

On American Magic and the America’s Cup program:

“Right now, the focus is on the TP52 and the 52 SUPER SERIES. Any racing that we do together is good racing because you put yourself under pressure and deal with the good and the bad. It’s great to come out of this event with a win, it’s really cool to win a World Champs in this boat with this team, and I think for the future we’ve got a very defined plan of what we want to do, it’s nice to do the racing and I find I’m really enjoying it again. Even though we’re three regattas through, two to go, there’s still something like 20 races left, so there’s a lot still to play out between now and the end. Everyone knows Palma is a difficult venue: it’s predictable in some ways, and hard in others, so we need to go there with a good attitude and capitalise as best we can on the racing there, and who knows what Valencia will throw up – it could be anything that time of year! So we need to make sure we go into that event with a chance to still be able to win the season.”