There’s a battle going on in the middle of the Atlantic Ocean between the two super-fast trimarans in the Cape to Rio Race. Maserati and Love Water are hurtling towards the finish line in Rio de Janeiro, just over 1000nm away. They will now have to plot a course through a potentially tricky period where the wind pressure may well drop, before they pick up the North Easterly winds and sail through the oil fields off Cabo Freya. The last 5 mile approach to the finish line is notoriously fickle with light airs and dramatic currents under the famous Sugarloaf.  It looks like they are on track to break the South Atlantic record.

Love Water, skippered by South African Craig Sutherland and crewed by a majority South African crew, over took Maserati last night and are pushing ahead to try maintain their lead before heading into the tricky section which takes them sailing closer to the Brazilian coast. The last update from the crew came just before they sped past Maserati.

Update from #lovewater2020 crew [16 January]
“We have Maserati in sight 7nm away on our port beam. The race is full on at the moment. We are neck and neck both doing 30-34kts speed in a building breeze. This is about as full on as it gets! 1500nm from land. It is the super crazy roller coaster!”

In the first fleet of boats Sulanga, who had led the way since the first start until the trimarans passed her on Wednesday (15 January), has sailed consistently fast since the start. She has been a moving target for the monohulls chasing her.

The trio of JM Busha 54, Mojie 1 and Umoya continue to look good in terms of  boat speed, but only for now, and will have to be clever so as not to fall into the windless hole that may trip them up in a few days time.

Down south in the southern fleet Mussulo 40 still wears the monohull leaders crown, although Saravah has had a good last 24 hours. Mussulo 40 is the most northern boat of this fleet, and looks to be in a handy position with good wind prospects for the next 24 hours.

A few days ago Zulu Girl was ploughing along on a westward course towards light wind. Siya and the team are still hanging on to a 3rd podium place on handicap. Just this morning we received an update from the Zulu Girl crew expressing high spirits on board after making it through a rough night with a strong southerly breeze, gusting well in the 40knt range with 7m swells – although feeling shaken they are feeling balanced and continue “chowing away at the miles”

Follow the Fleet Tracking for real time updates – All positions based on tracking as at 12:00pm 17 January. 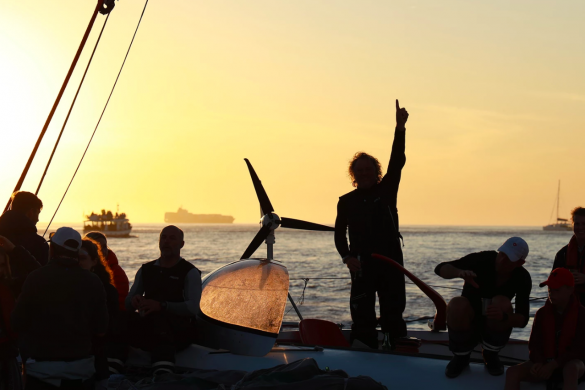 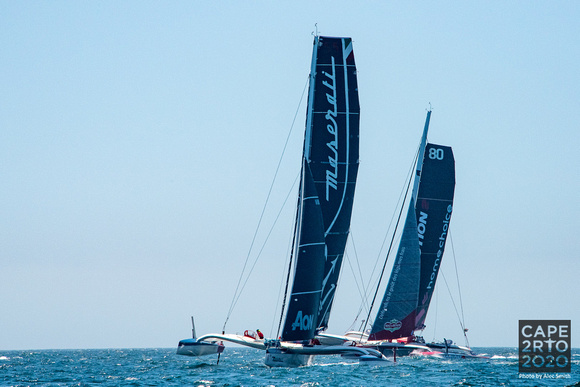