There’s something special about sailing a classic boat in warm island breezes. A dhow race with a difference was held in Mozambique recently, combining the fun of sailing with a fund-raising initiative for the islanders. Michael Hales gives us a review of the race and how the initiative has helped the local islanders.

A dhow race with a difference

The island was known as ‘ilha dos Porcos’ which means ‘island of the pigs’ because the Portuguese used it as a pig breeding colony during their occupation of Mozambique. These days the island is known as ‘Survivor Island’ because during the 1977 – 1992 civil war many local people hid there to survive the war. ‘Survivor Island’ also includes a smaller island.

While thinking of some way of helping the islanders I came up with the idea of a dhow race fundraiser. I think it’s a marvellous idea, firstly because I own a dhow and absolutely love dhow sailing! And secondly, because each family on the island has at least one member who sails a dhow.

The island of Barra has 28 dhows and the smaller island has 2 dhows. Dhows from both islands take part in the race. In moderate winds, the race takes approximately 3 hours to complete. The Around the Islands Dhow Race is only open to the dhows based on the islands.  The dhow sailing teams are made up of a minimum of 4 crew and 1 skipper. The 30 resident dhows compete in the annual race as a fundraiser.

The dhow races take place in the month of April when the winds are moderate and the weather is warm and pleasant. The island dhows are normally used for transport and fishing, so the dhow race is a huge event on the island.

The race starts on a small island outcrop in the ocean and rounds the two islands and then finishes on ‘Survivor Island’ with a prize-giving and a feast.

There is also a unique and exciting opportunity for those who would like to join in the race as dhow crew. We also have motorised boats following the race and tickets can be purchased for this. All proceeds go to the fundraiser.

Dhows as a lifeline

As can be expected the islanders rely heavily on their dhows for fishing and transport, and for carrying goods between the island and the mainland As a result they are highly skilled dhow sailors.
The islanders still make their dhows by hand on the island in the old, traditional way. The island is the hub of the social and competitive dhow sailing scene and has a sailing club called the Island Dhow Sailing Club. This is the only sailing club in the bay estuary. No other competitive or recreational dhow sailing takes place in the estuary other than on the island.

Inhambane Bay is a bifurcated, two-channel, sand-bar-built estuary with a coastal channel of 30.5 km and a secondary channel of 12.5 km. The maximum depths in the channels are 17.5 m and 9.3 m and the total sea surface

area is approximately 288 km2 at high tide. The waters are clear blue all year around and are ideal for sailing.
The many deep channels and sand banks make it a very interesting and sometimes very challenging sailing experience.
Inhambane Bay has 6 dhow sailing communities, all based on the mainland. There are approximately 120 other dhows in the bay. The Island Dhow Sailing Club is engaging with the other dhow communities to set up a Dhow Race League. 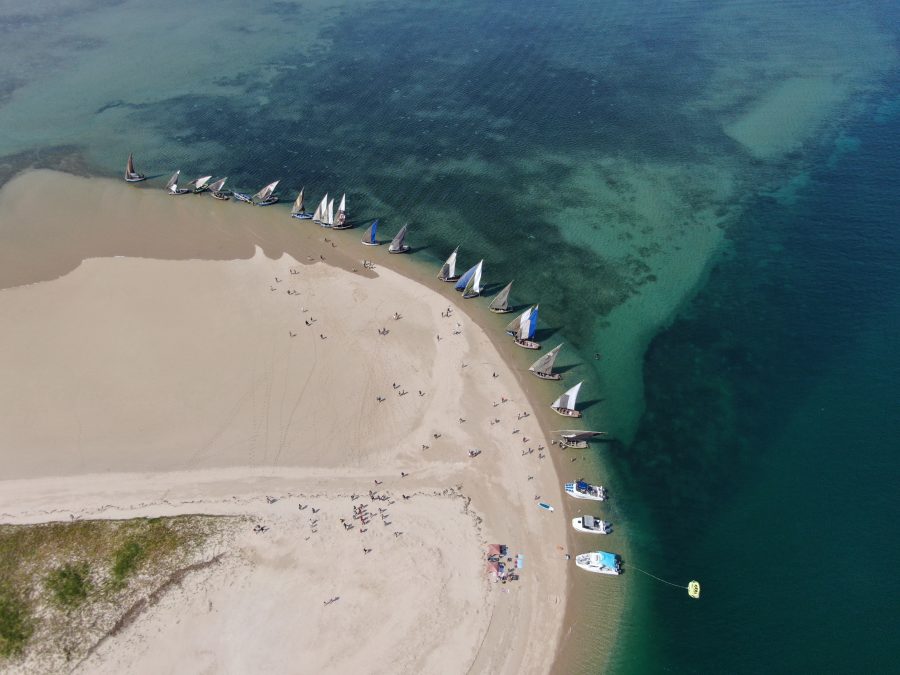 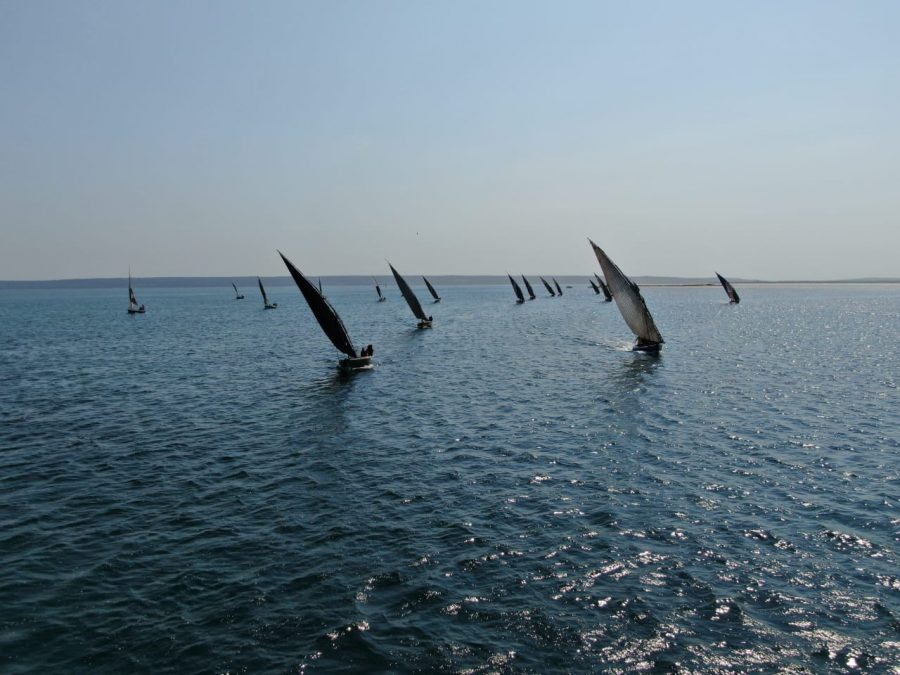 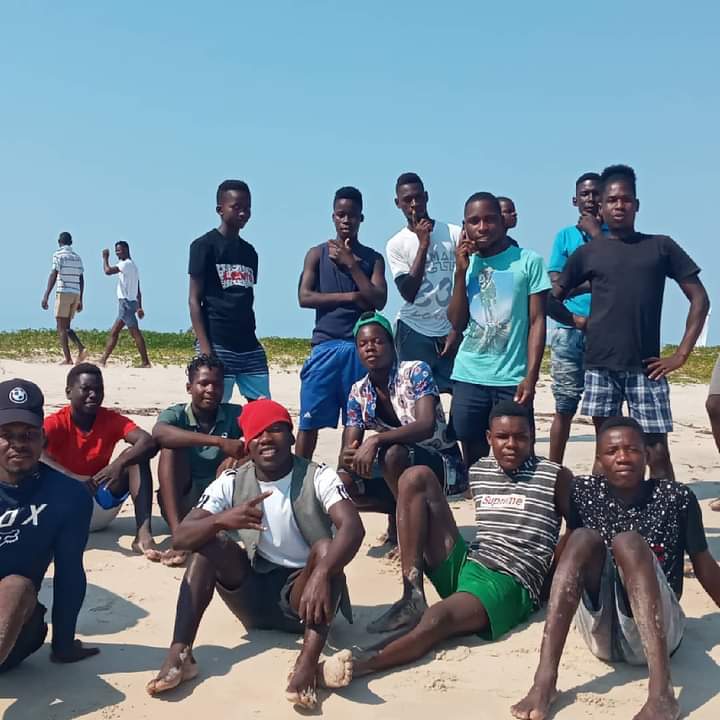 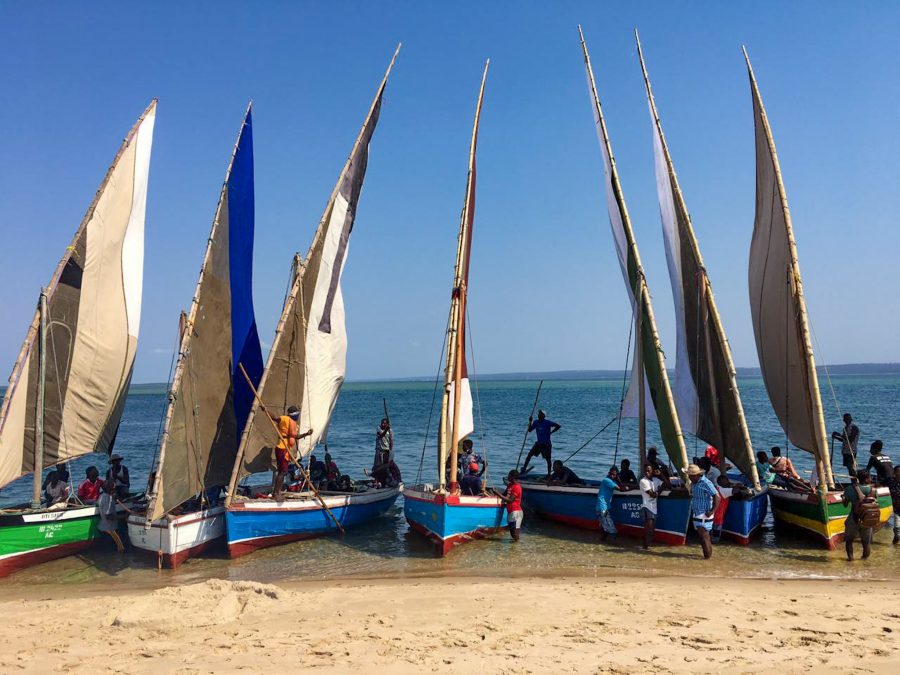 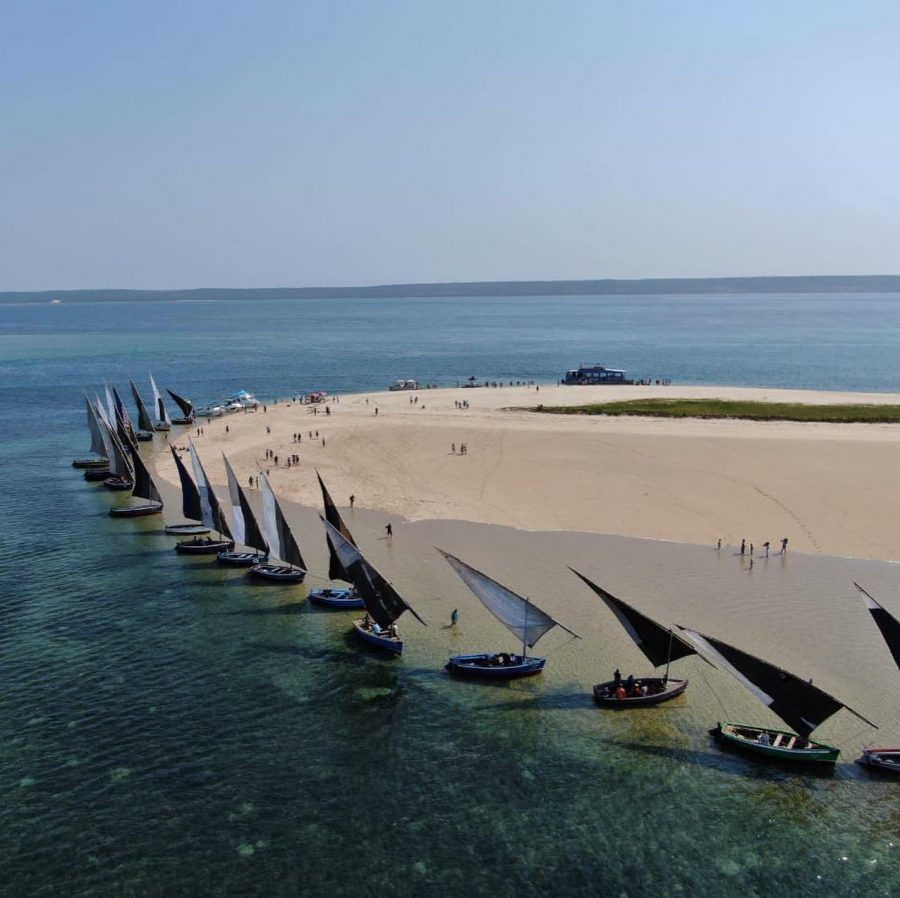 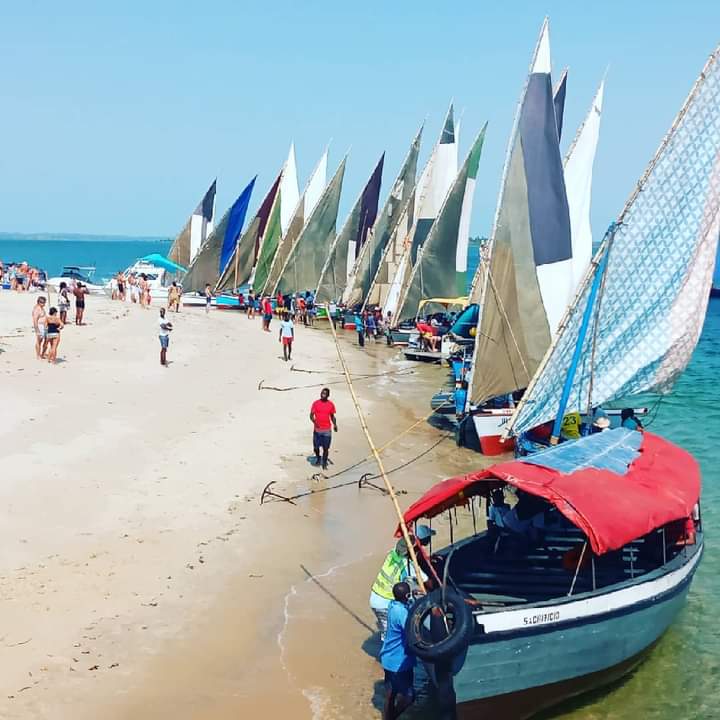 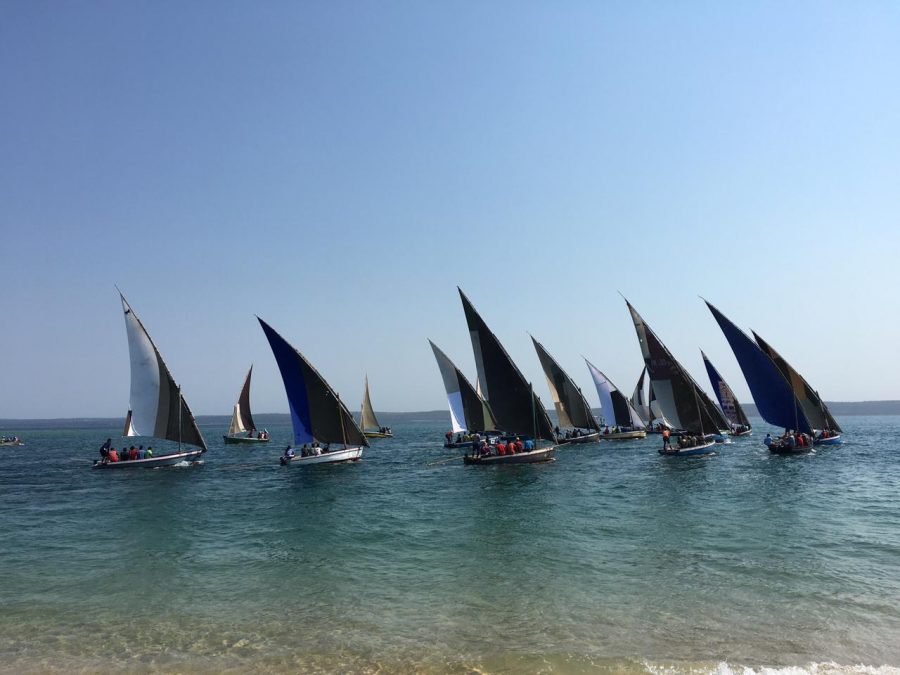 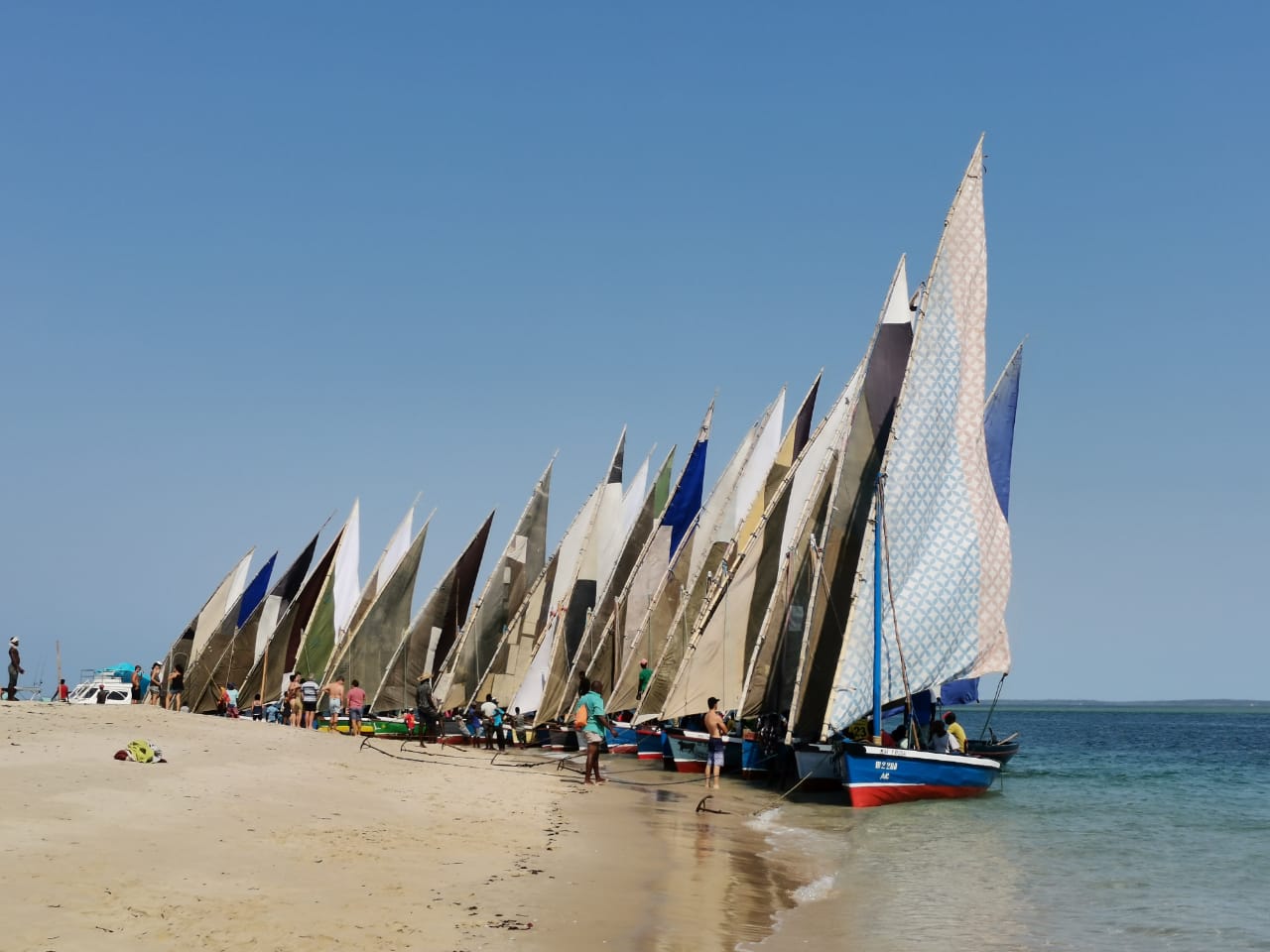 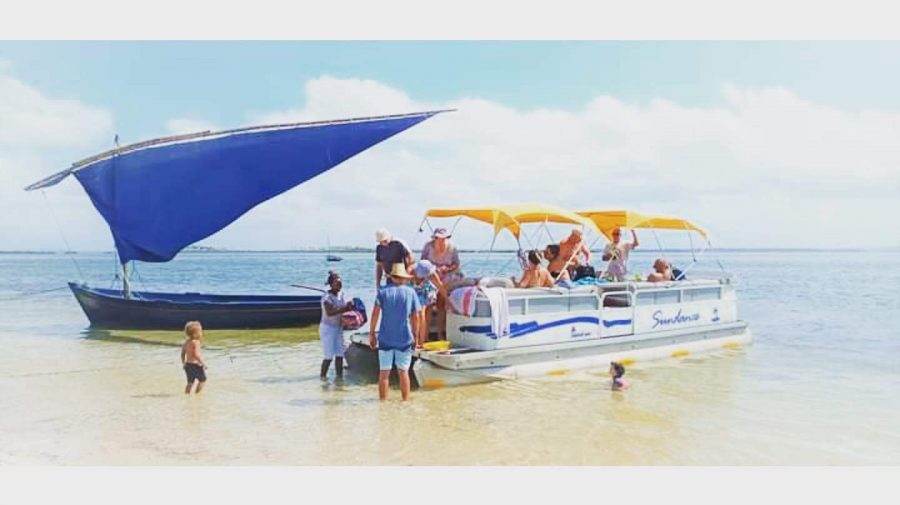 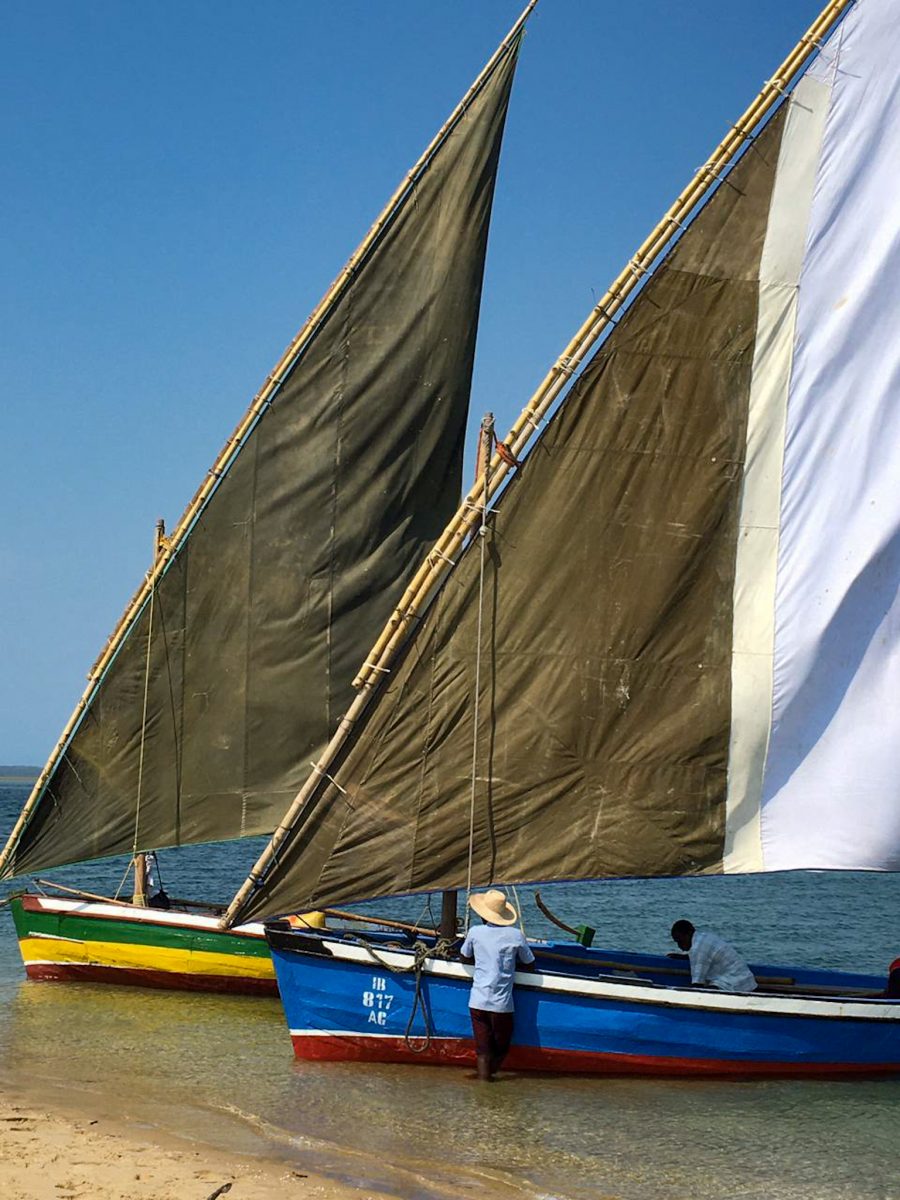 The people of the islands live off very little, it’s actually incredible how they manage to survive. In relation to the rest of Mozambique, which also has a very low standard of living, the islanders really struggle to make a living. Fortunately, during the December holiday season the island’s economy gets a boost from holidaymakers from Barra Beach and Tofo in the form of dhow trips to the island.

Unfortunately, the pandemic halted all tourism this past December season. As a result of this, Alegria and I decided to raise funds for food supplies for the islanders through our 2021 event. In addition to the food supplies of maize meal (450kg) and sugar (200kg), the race managed to feed 180 race competitors and award prizes to the winners.

There were prizes for 1st, 2nd, 3rd, 4th and last place, as well as a prize for the most pretty dhow and the most ‘friendly’ dhow.

The event was a lovely success and the islanders were extremely grateful for the initiative. A huge thank you to those who made the 2021 Around the Islands Dhow Race possible. 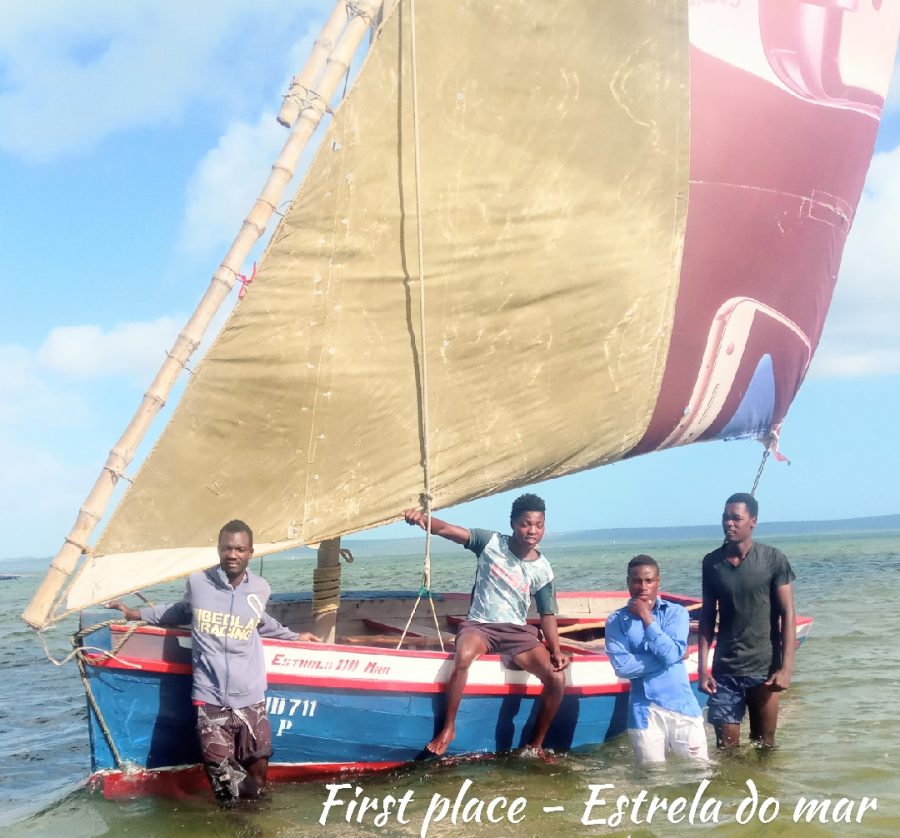 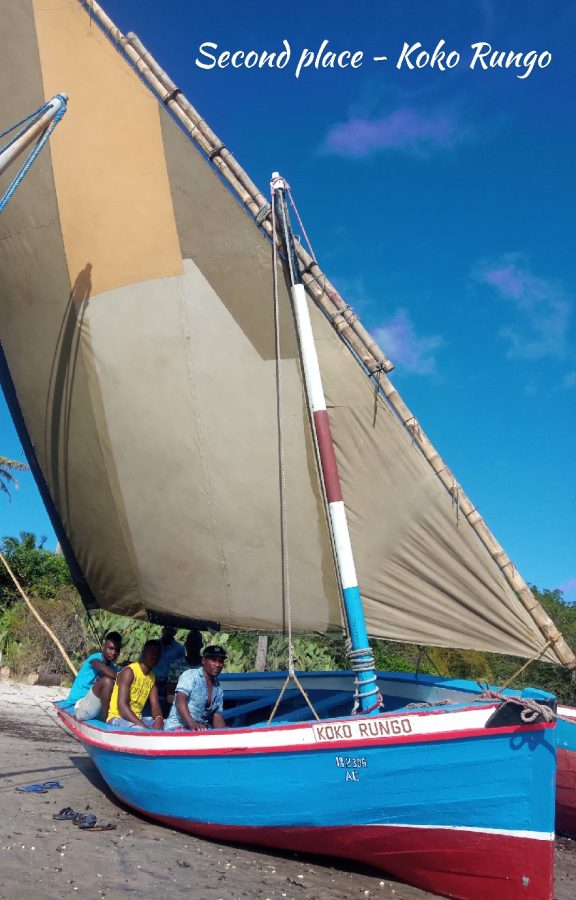 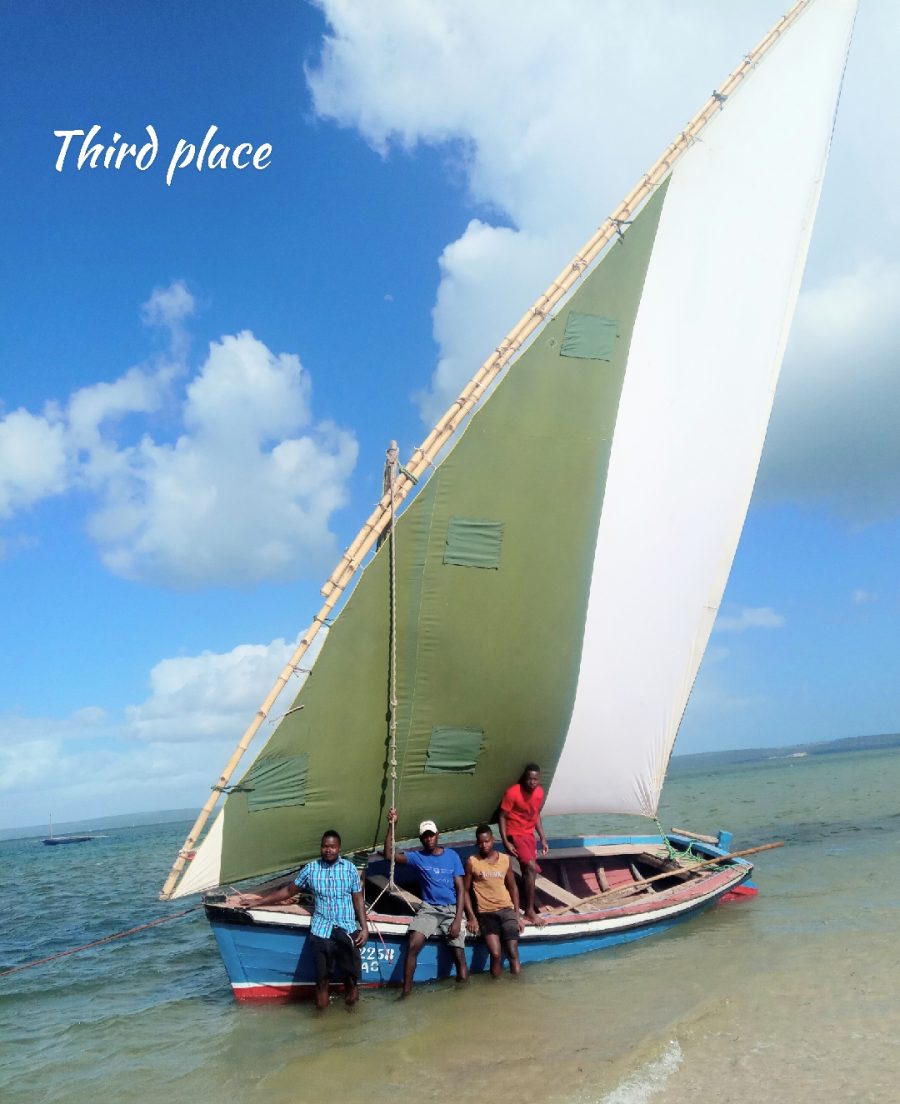 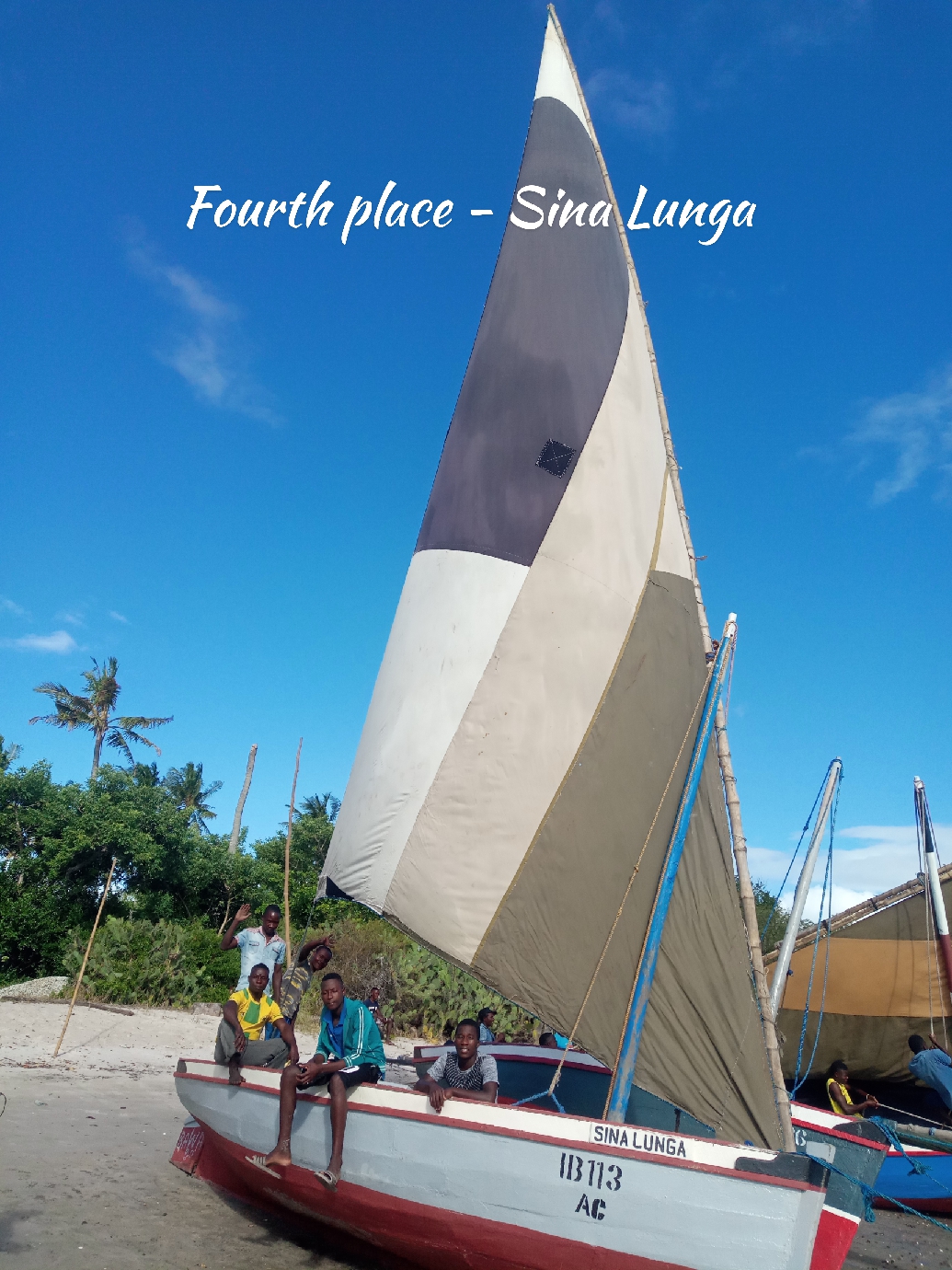 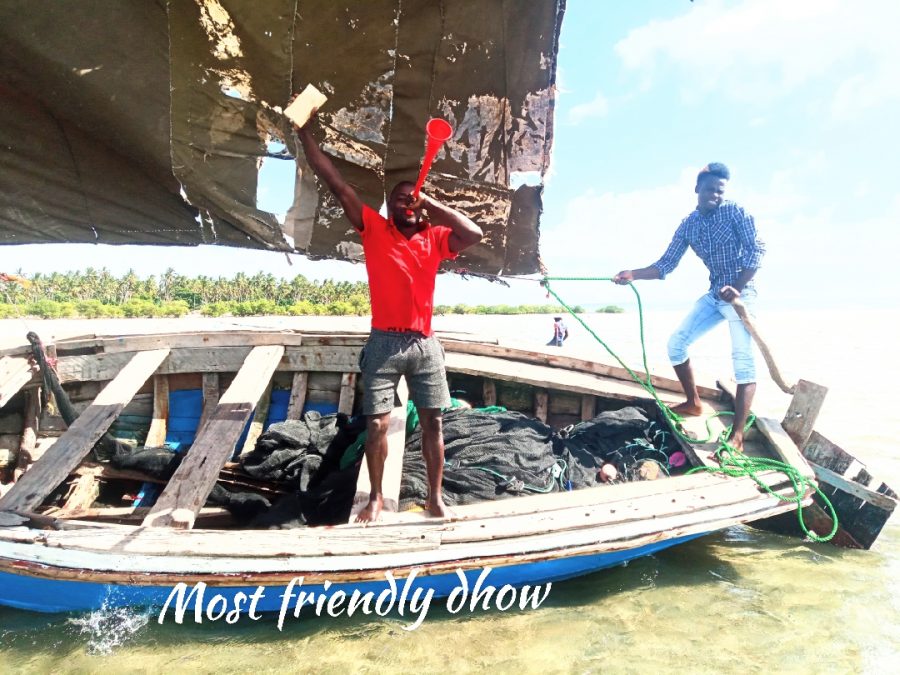 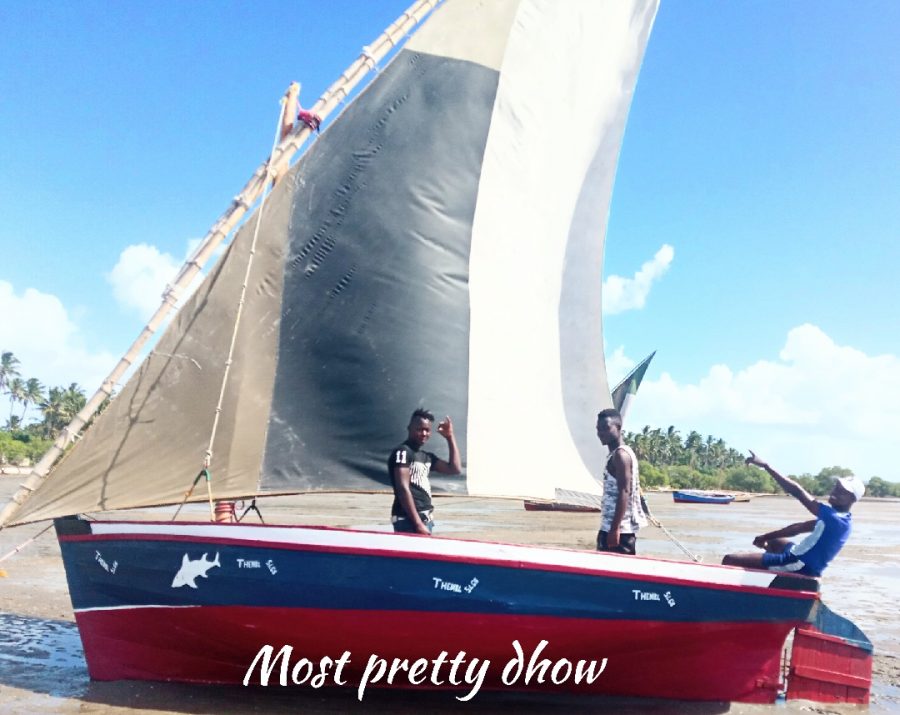 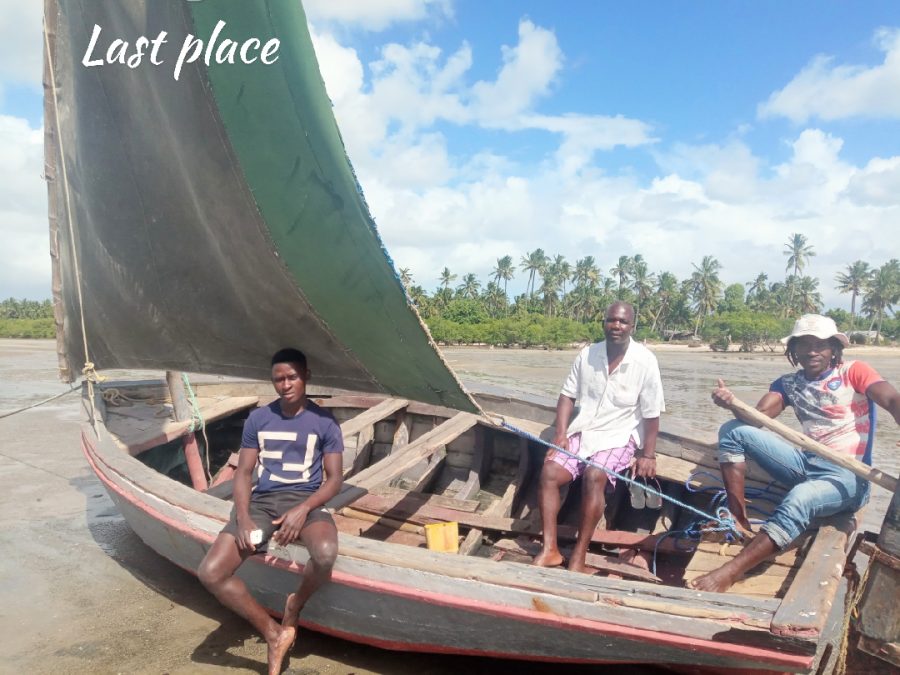 Getting a dhow for the children

The 2022 dhow race fundraiser will focus on establishing a self-sustainable initiative. Our hearts really go out to the island children because they never get a chance to get off the island until they are about 12 or 13 years old. With this in mind our 2022 race-objective will be to fund the building of a traditional sailing dhow for the only little school on the island.

The dhow will transport the children safely between the two islands to attend school, and take them on educational and social excursions. Revenue can also be earned by transporting people and goods to and from the mainland. There is also an opportunity to earn revenue during the festive seasons by bringing visitors and community members to the island.

Our mission is to take the children out on excursions, which could involve a fun day at the beach, an educational visit to the mangroves amongst the local flamingo colony, a visit to the town museum, or attend the 1st of June Children’s Day Parade in Inhambane town. The island children have never been part of this huge and exciting parade and it would definitely feature as a highlight excursion of 2022. We would love our little dhow to be christened before the race in April 2022.

The biggest responsibility is to raise funds for the islanders through the dhow races.
Michael has set up a Backabuddy funding platform for the 2022 race and would be grateful for any donations, small or large. It’s a really worthy cause based.
For further information on the race and on how you can assist contact Michael Hales.
Follow the race news on Facebook
About Mike

Mike went to Mozambique on a holiday in 2012 with a friend and spent two weeks living on the waters edge on Barra Beach. He loved it so much that he relocated to Barra the following year.
“I remember being so intrigued by the traditional ocean dhows that I would often paddle out to join them. This led to my love and passion for the traditional sailing dhow and building my own dhow, which I named Pequeno Bebe (which means little baby)”.

“Sailing around our beautiful estuary on Pequeno Bebê we came to know a lovely little piece of ‘Survivor Island’ and bought it. This led to us getting involved with our fellow islanders. We immediately picked up how poor the islanders were and decided that we needed to do something to help them”.

Podcast With A Pro | Terry Hutchinson