An action-packed regatta is on the cards for the C31 Invitational to be held at the V & A Waterfront from  8-10 Feb. A full fleet of 11 of these speedsters, including 3 international teams will be racing for the trophy.  International teams from Sweden, Hong Kong and the UK have flown in to compete in this top-level racing fleet. The colorful, one-design racing class has grown in a very short space of time and has attracted much interest from far and wide. Local talent have taken to this class in a big way, developing a very competitive fleet with great comraderie. 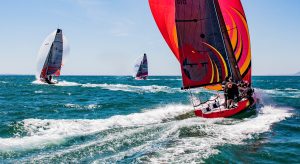 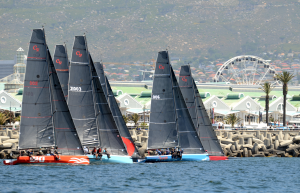 Visit the race village at North Wharf (in front of the Aquarium) and join the sailors at the sailor’s terrace after the days racing . The best place to watch is from Granger Bay.