A Fight to the Finish | Superyacht Cup action

A dramatic day on Palma Bay saw the final outcome of the 22nd Superyacht Cup hanging in the balance until the final moments of competition.  This lucky Ed spent the day on board Highland Fling 15. Being in all the action and so up close to these magnificent beauties was an incredibly special experience. 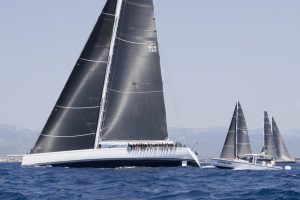 Going into the finale with all three boats in Class A were tied on points, Highland Fling, Win Win and Saudade. So it was all to play for. We headed out on the course with this in mind but our game plan was to sail a steady race and use the course and wind to our advantage. Sadly though, the wind shifted to the left and turned what would would have been a perfect course for us to maximize on our sail inventory and thus  stand a chance to win the regatta, into a follow-my-leader/soldier’s course. It was very difficult to catch up.

Although we did manage to pass Win Win on the course this didn’t help our position overall. The closest Class A race of the regatta saw Win Win eke out a narrow advantage to take race victory, immaculate boat handling and crisp manoeuvres perhaps the deciding factor. Saudade finished second overall with us on Highland Fling third. Win Win repeated her Class A winning performance of last year . 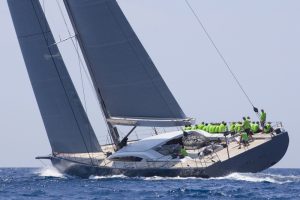 Win Win charges to victory in Class A

The overall trophy went narrowly, but deservedly to the famous J Class yacht Velsheda after an inspiring performance over the three days of Europe’s largest and longest-running superyacht regattVelsheda took two wins from three races in Class B to finish level on overall points with the superketch Mari-Cha III, taking the class and the overall Superyacht Cup title on countback. Another well sailed ketch Sojana finished third overall.

“To be in the mix with all the guys in Class B and to able to hold our own was delightful, then to come out top overall is completely amazing,” said Lars Loftus, Velsheda owner’s representative. “It should be close racing and it was a tie with Mari-Cha before we got them on countback, but we will take it. To be able to come here and race against such a diverse fleet is really a hats’ off to the ORCsy rating, the way that they take the information that we give them and how they rate us shows that they are paying attention.” 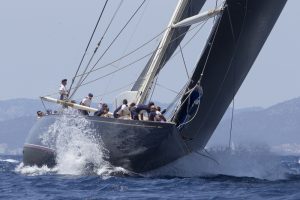 “An event like this, with the atmosphere and all the different classes, is really conducive to getting the owners involved and getting them out on the water and racing these boats. They have obviously got a passion for sailing, they are committed to it, and to be able to come out and do it in an arena like this is brilliant for them.”

Bolero won the final race in Class C, but Silencio’s second place to add to her earlier first and second saw her take the overall class win ahead of Bolero and Athos.

The Corinthian Class D made its first appearance at the regatta but the boats were not in contention for the overall Superyacht Cup trophy. The two yachts involved raced hard, with Q taking the win ahead of Scorpione of London.

The skipper of Scorpione of London reckons the more relaxed non-spinnaker category has a big part to play in the future of the event. “The Corinthian Class is a nice idea to bring new owners into this event. It is a great entry level and if we can develop the Corinthian concept it will build the regatta for years to come,” said Clive Walker. 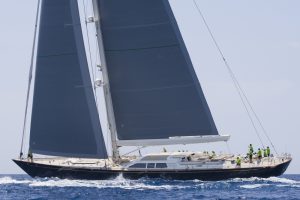 Scorpione raced in the non-spinnaker class

Event director Kate Branagh summed up the 2018 Superyacht Cup, saying: “Palma Bay delivered again as always, with some fantastic close racing across a range of classes, followed by relaxed and friendly times ashore.

“The owners and crews have had a memorable time and we look forward to welcoming many of them back again next year to the 23rd Superyacht Cup.”