The Japanese capital is calm, cultured and spotlessly clean. Both formal and casual, traditional and hi-tech, Tokyo’s contrasts are what make it so endlessly fascinating. CN Traveler lists 6 reasons to visit this gem.

A balance of old and new

The city’s faithfulness to ancient customs and futuristic thinking, its patience and poise amid the buzz and flashing lights, its disarming ability to make you feel – even while jet-lagged, culture-shocked and most probably lost – utterly safe and at ease are all invigorating contradictions.

Thanks to the enviably low crime rate, it’s a place you may want to explore a little more than other world cities: perhaps you’ll head down that curious-looking side street, peek beyond that restaurant curtain and step into the scene inside, or meander back to that blossom-clad boutique you cycled past in a less well-trodden district.

Not only is the city committed to a Covid-safe environment for travellers with its plans to host the Olympic Games in 2021, it’s the perfect launchpad for exploring wider Japan. From a thrillingly diverse food scene to head-turning artistic neighbourhoods, here are six reasons to visit Tokyo in 2021. 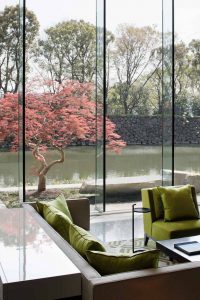 A cruise around Tokyo’s forgotten waterways offers vistas that most visitors never get to see: walls of the old Edo castle, which burned down in 1873, hidden beneath the underbellies of expressways, monuments to Japan’s post-war sprint to modernisation; and ultra-modern towers that seemingly spring up overnight reflected in the water around every bend, landmarks to each chapter of Tokyo’s ever-evolving urban landscape.

On land, this architectural smorgasbord can be appreciated during a walk around the Imperial Palace – or even better, from the private balcony (a rarity in Tokyo) of one of the rooms at the adjacent city grandee, Palace Hotel Tokyo. The spectacular view encompasses the lush lawns of the outer grounds, rolled out like a vibrant green rug and surrounded on all sides by the shimmering skyscrapers of Shinjuku, Roppongi and Marunouchi. 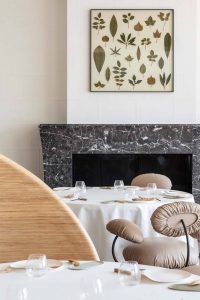 Grand sweeping views are always well received, but it’s the narrow focus, the details, where Tokyo really excels. This is also especially true when it comes to food. A patient but relentless quest for perfection – a hallmark of Japanese high culture – has gifted the city with an impressive mix of restaurants. Now, in an era when people are refocusing on simpler pleasures, many top chefs are going back to basics, prioritising locally sourced ingredients with irresistible results.

Den Kushi Flori was launched by two chefs from stalwart restaurants (Den and Florilège) who have collaborated to elevate one of Japan’s most straightforward food experiences, the kushi, or skewer. Expect refined renditions of the yakitori chicken skewer. The same trend can be observed with wagashi sweets at Kuriya Kashi Kurogi in Yushima (also noteworthy for its eye-catching building by architect Kengo Kuma) and miso soup, always the most heartwarming menu item, at Misojyu in Asakusa.

Esterre, a stunning French restaurant in Marunouchi, has taken what could be called elevated basics to another level, gaining a Michelin star just a year after its debut at Palace Hotel Tokyo. Meaning ‘mother earth’ in the local dialect of collaborating super-chef Alain Ducasse, Esterre places great emphasis on the importance of origin – the source – putting local Japanese grains, fruits and vegetables at the heart of every exquisite presentation. 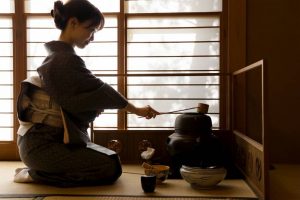 Maintaining immense reverence for every object – whether it be the perfect ingredient, the beautiful item of tableware it’s presented on, or the person serving it – is more than just a pleasing element of Japanese culture, it’s one of the fundamental tenets of Shintoism, the country’s native belief system.

Nothing shows more respect for an object than the act of not throwing it away, even when broken. That’s the rationale behind the art of kintsugi, or repairing objects with gold, to give them a new life. Sharing tea remains the most important ritual for demonstrating respect for people – and not merely at a tea ceremony, but also in the domestic sphere between friends, or in business. The right impression is made by sharing a quality tea, usually served with a well-considered sweet accompaniment. Both can be sourced from Higashiya man, a beautiful tea and sweet shop with a contemporary design edge, located in the resurgent Marunouchi district.

Traditions endure in Japan due to their ability to lend meaning and purpose, and many young people here are returning to them for that reason. To outsiders, however, they can be mistaken for over-formality. Consider spending a morning learning about Japanese etiquette early in your stay if you’re worried about putting a foot wrong.

One of many Japanese rituals currently enjoying a revival is bathing at one of Tokyo’s public bathhouses. The place to go is Koganeyu, which was given a smart makeover by an on-trend architecture practice that added a bar serving cold beers. So after meeting naked strangers, you can carry on talking – clothed – over a chilled glass of lager. 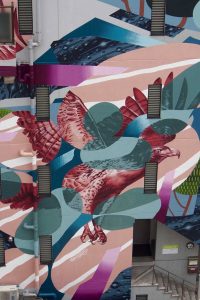 To get a taste of the 2021 creative scene, head to the Kōenji neighbourhood, still little visited by most tourists and home to a vibrant community of musicians and artists. Compared to the spotless avenues of downtown, this feels like an entirely different Tokyo. Here, seven artists have been encouraged to make their mark on the area, using walls and buildings as their canvases as part of the Mural City Project.

The more established areas for contemporary art galleries are Ginza and Roppongi. Japanese artists continue to make inroads globally, so a good way to learn more about them is with a tour of the more than 700 pieces positioned around Palace Hotel Tokyo, including both new and established names. It’s the perfect primer before you head out exploring.

If you travel on the Ginza metro line, you’ll encounter new installations along the way as works have been commissioned for several important stops, including Ginza station’s Crystal of Light by Tokujin Yoshioka (look out for his Olympic torch design in summer 2021). One stop further, Kyōbashi has its own mesmerising installation Stripe Drawing – Flow of Time, comprising dichroic mirrors as optical filters, by sculptor Nobuhiro Nakanishi. Hop off here to visit the brand new Artizon museum, where the permanent collection includes masters from Japan and overseas. 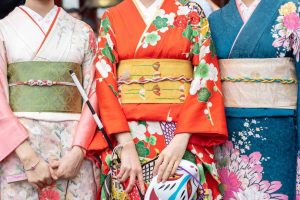 A defining feature of Japanese contemporary art is its symbiotic relationship with the country’s heritage of intricate craftsmanship in everything from religious carvings and basket weaving to kimono. This overlap manifests in the visual beauty of the countless objects found only in Japan.

Ryukobo, for example, is a well-known company in Nihonbashi that makes exquisite braided decorations for kimono. A visit to its workshop, which can be arranged for guests at Palace Hotel Tokyo, allows you to appreciate the skills passed down through generations for more than 130 years.

While Japanese craftsmanship is imbued with tradition, adapting these skills (handed down like heirlooms) is the key to longevity. Take Miyako Andon, a traditional lamp maker whose fourth-generation owner has adapted its pieces for contemporary homes without straying from the company’s artisanal roots.

For next-generation ceramicists, Utsuwa Kenshin showcases young artists from across Japan, many of whom have combined traditional and local pottery techniques with a more modern aesthetic. And at the intersection of craft and fashion, Fennica – a lifestyle brand found at contemporary design store Beams Japan in the bustling Shinjuku district – merges artisanal Japanese homewares and accessories with northern European-inspired fashion pieces. 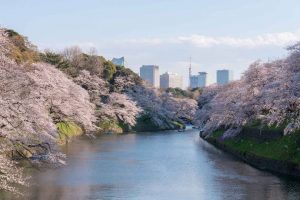 Despite its urban-jungle reputation, Tokyo is actually a very green city, with small parks dotted around almost every neighbourhood, not to mention the countless shrines and temples. As spring arrives, the whole city heads outside to behold the charm of the cherry blossoms, a tradition known as hanami.

Of the big parks and open spaces, the Imperial Palace East Gardens across the street from Palace Hotel Tokyo are a fine place to start. They are studded with cherry trees and taking in the variety of Japanese garden design can engulf a whole afternoon. The blossom-lined banks of the moat at Chidorigafuchi are particularly beguiling – even more so when the petals fall and turn the water pink. An early-morning run around the palace can include a visit here before the crowds arrive.

Young Tokyoites will head to Yoyogi Park with picnics and beer, while Shinjuku Gyoen garden attracts a more conservative crowd. For lesser-known spots, the garden of the Teien Art Museum can be combined with viewing the galleries located inside an old Art Deco palace, and just an hour north by train, the city of Kawagoe, known for its picturesque old streets, offers boat rides under a pink canopy of cherry trees.

While March brings hope, profusions of blossom and swathes of tourists, Tokyo’s layered culture, energetic food scene and intriguing mix of old and new render it a thrilling year-round destination – one set to showcase its distinct charms on the world stage this year with the majestic summer Olympics.

For more information or to book a trip to Japan’s capital city, staying at Palace Hotel Tokyo, visit palacehoteltokyo.com.

INEOS Team UK to Challenge For The 37th America’s Cup