The Easter weekend is always a busy time with regional and national champs. Two such events were the Hobie 14 and 505 National Champs, which were hosted in one event by Point Yacht Club.

The 505 Nationals were held over the Easter weekend from Vetch’s Beach, Durban. The Hobie 14’s and Flying Fifteens were also holding their National Champss. Point Yacht Club hosted an excellent event from their brand-new facility on the beachfront. Since the event was cancelled in 2020 due to COVID 19 lockdown restrictions, the competitors were eager to get out there and race. 13 boats from around the country entered the 505 regatta.

Day 1 saw two races on the afternoon of Good Friday. The first race was in a 10-12knot NE with a rolling swell. James Largier and Richard Hutton-Squire comfortably won the first race with David Rae and Sean Van Rensburg in 2nd. In the second race the wind died to 8-10 knots on the first downwind. The boats that opted for the more direct route downwind were favoured with good results. This saw the lead change a few times with Kyle Klaas and Robert von Gruenewald pulling off the win with Alex Ham and Calvin Gibbs in 2nd. 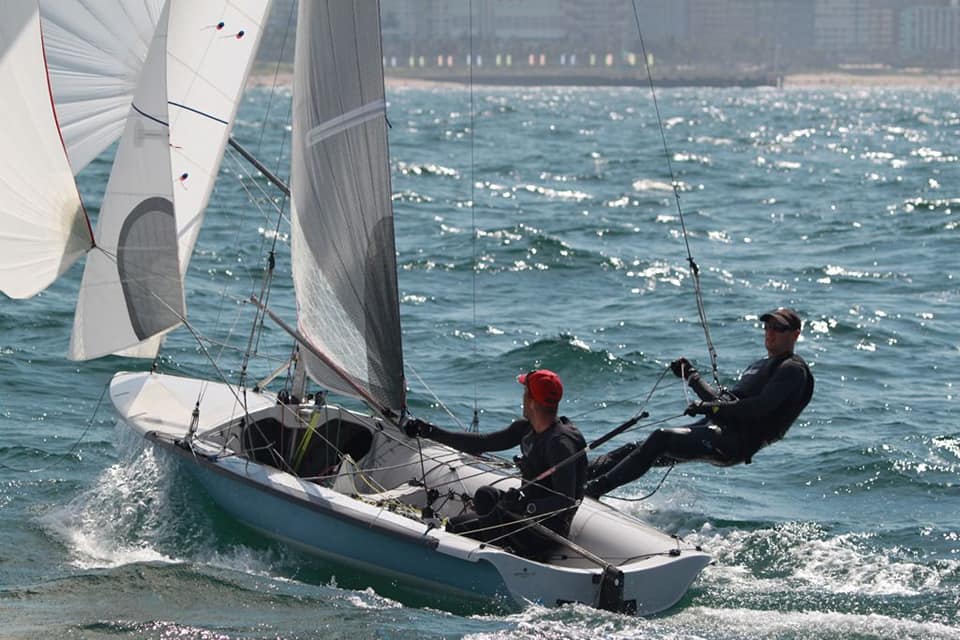 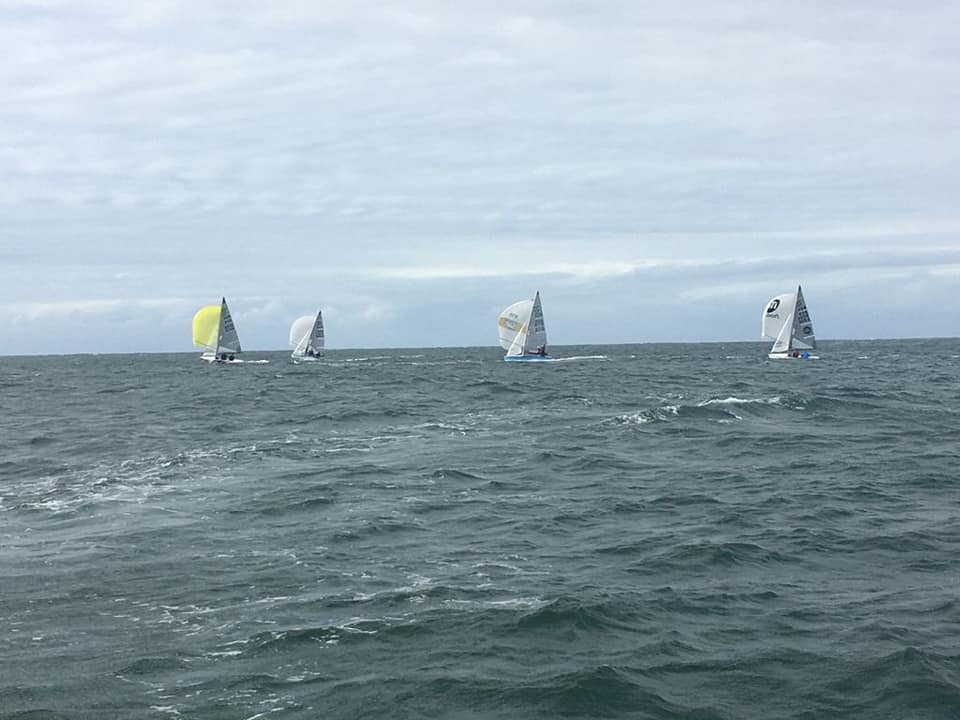 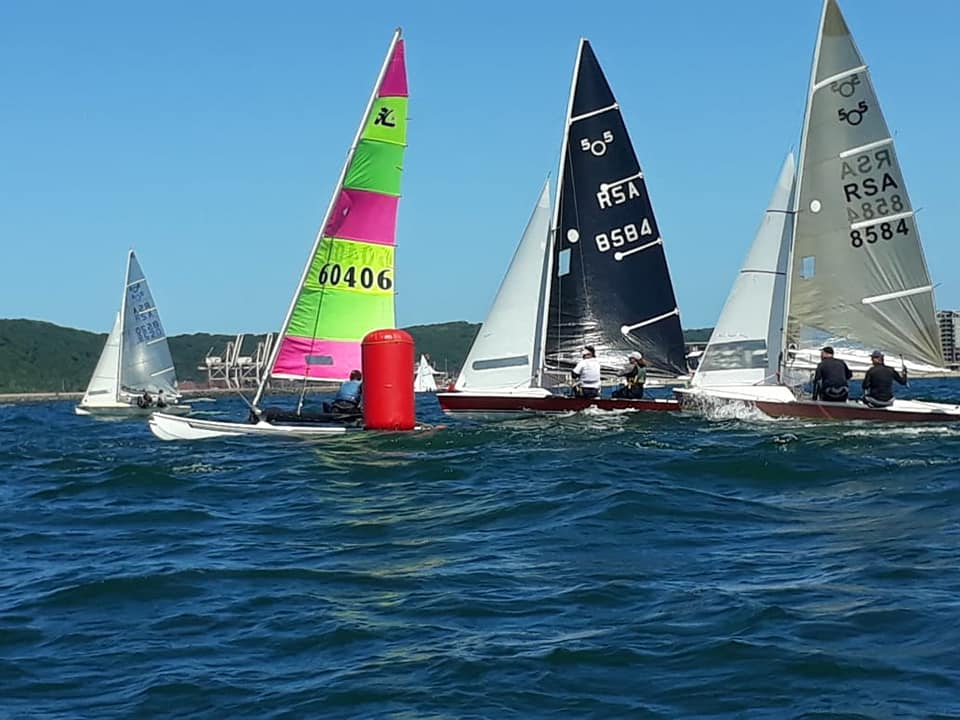 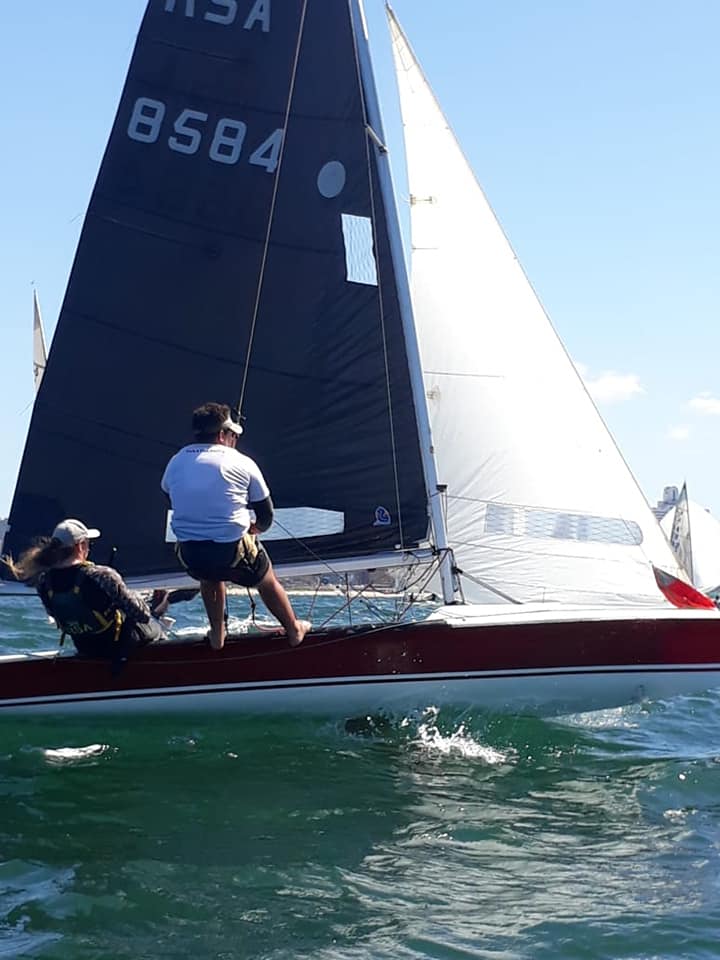 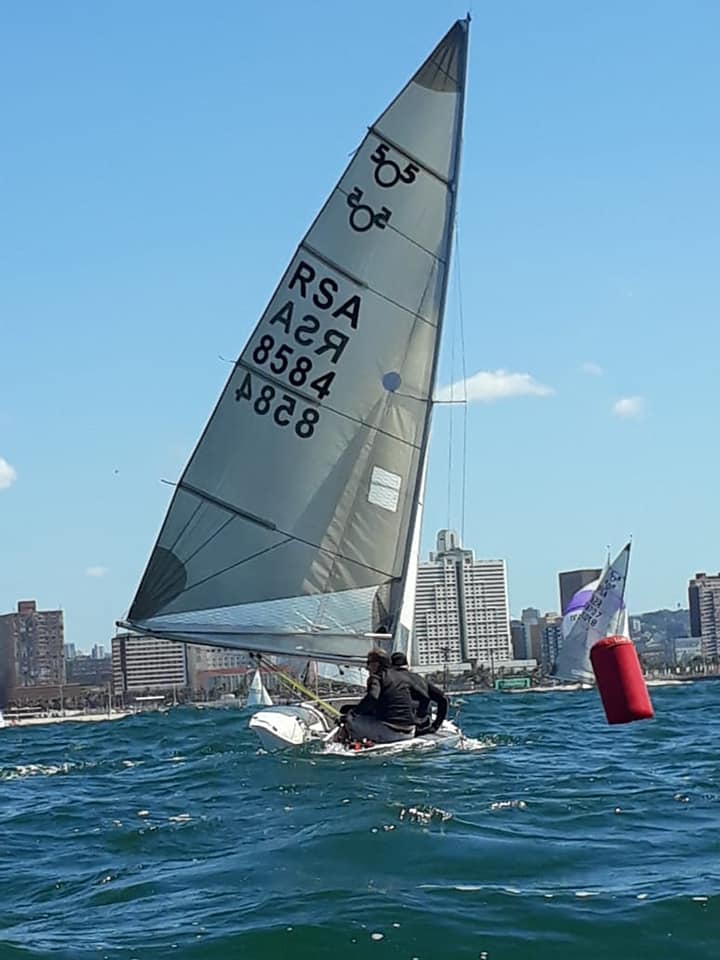 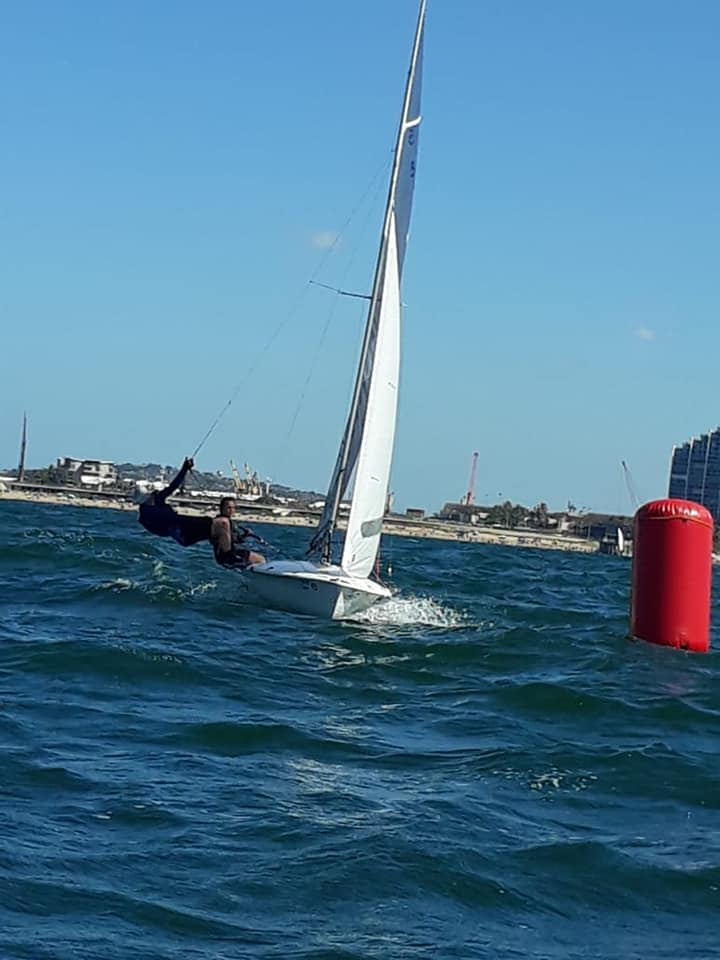 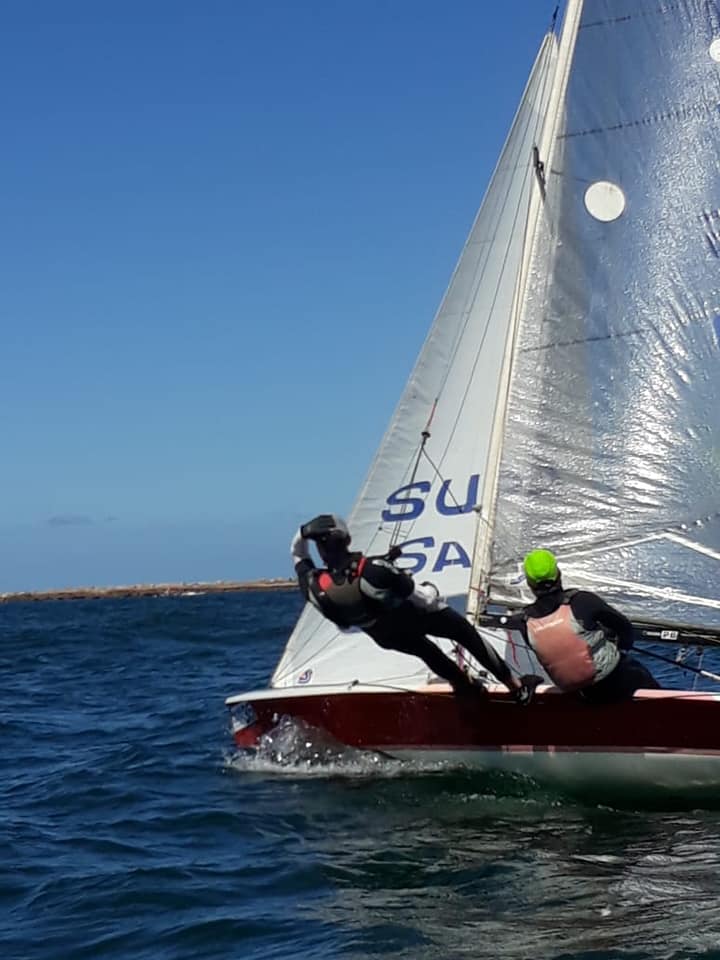 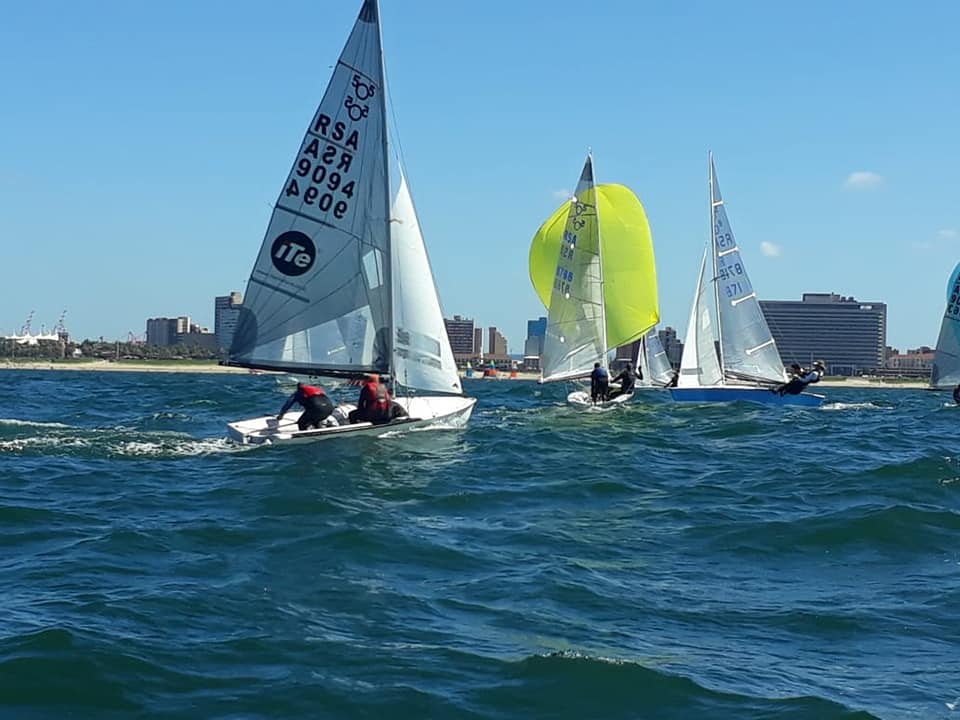 The big breeze tests all

Friday evening saw the SW buster arrive with some rain. On day 2, the SW remained with a brisk 18 to 25 knot offshore breeze. Largier and Hutton-Squire claimed the first race with Peter and Thomas Funke hot on their heels. Enjoying the big breeze the Funke brothers won the next 3 races. Rae and van Rensburg had a string of 2nd’s and 3rd’s before Race 7, which they managed to win with the Funke’s in 2nd. Many boats struggled to keep their rigs out of the water with swimming lessons being served to all with poor boat handling in the breeze. The Funke’s led the championship by 3 points now from Rae and van Rensburg and 6 points from Largier and Hutton-Squire.

The forecast for Easter Sunday was for it to be very light with a rolling swell. The competitors were relieved when the breeze steadied at around 10 knots and the race committee were able to pull off 5 windward leeward races. Largier and Hutton-Squire dominated the day with 4 firsts and a second. This secured the 12 race championship for them by 4 points. 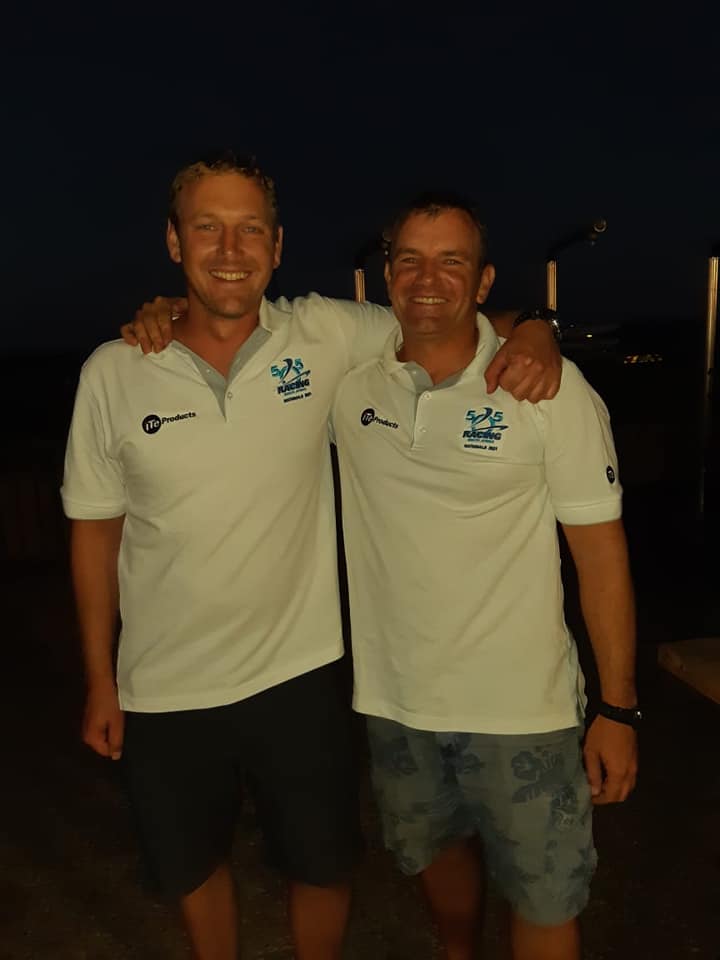 The 505 remains the ultimate 2 person racing dinghy with competitive fleets racing in Cape Town, the Vaal and KZN.

Thank you to North Sails for sponsoring prizes for the regatta.

As usual the Hobie 14’s added colour to the beach. Sixteen boats from around the country descended on Vetch’s Beach for the Easter regatta. A wide range of conditions tested the skippers in all weather and 12 races were sailed with 2 discards. Peter Hall came out on top followed by Andrew Heathcote and Kyle Lambie. 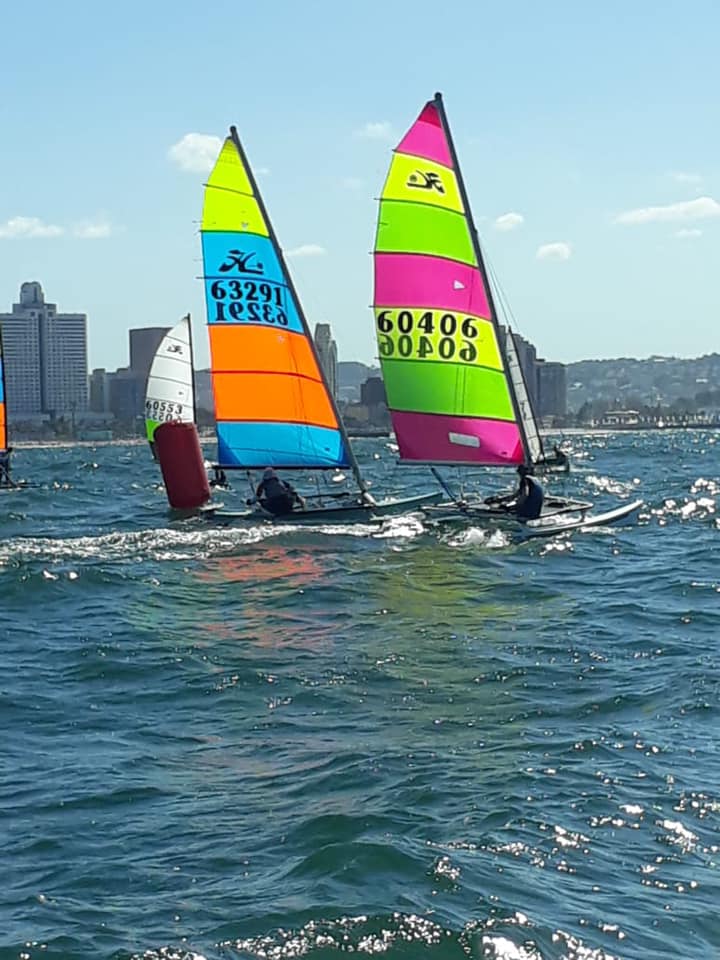 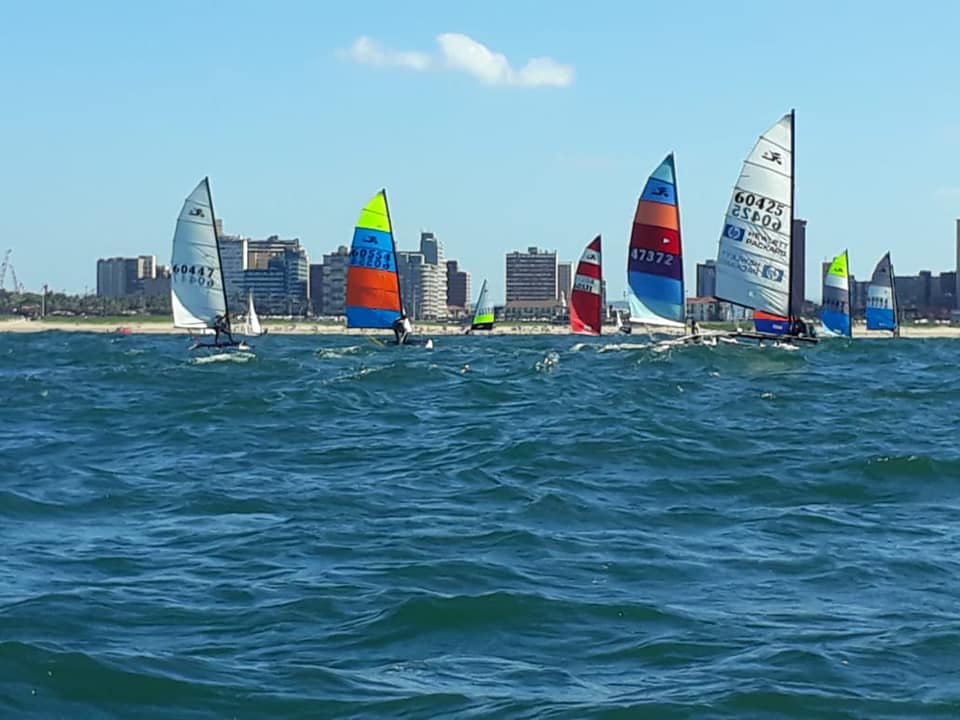 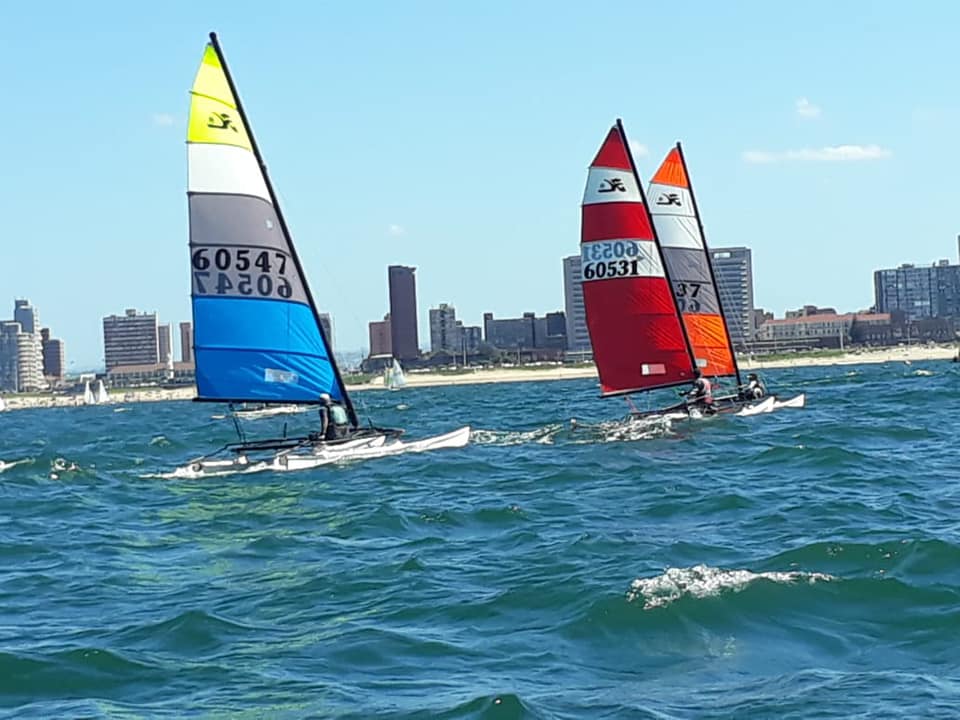 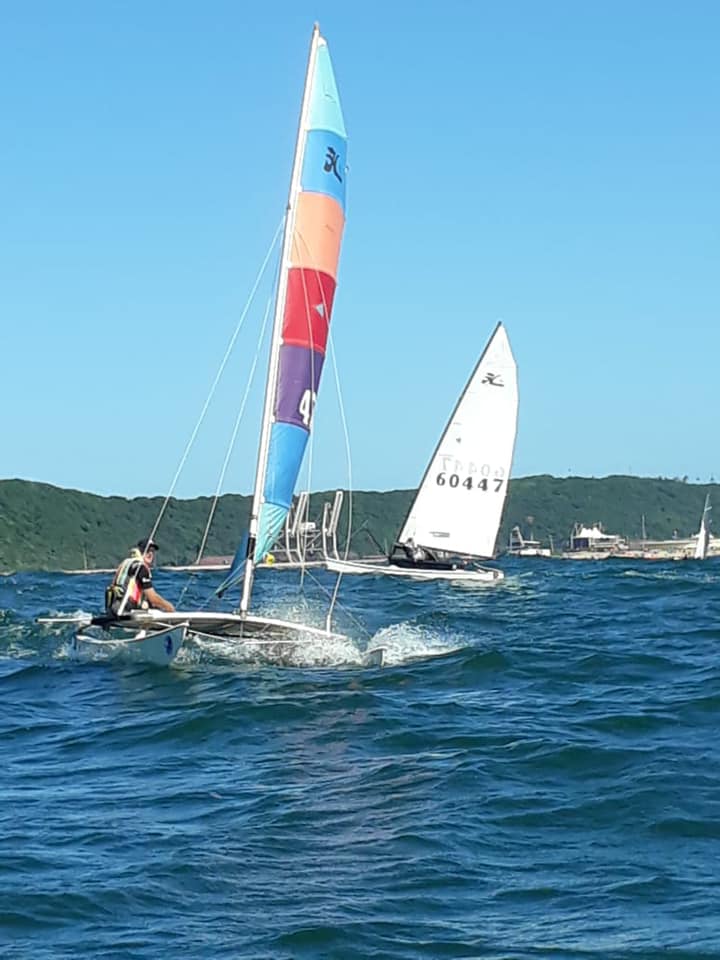 Read why The Hobie Way of Life is still enjoyed.