2022 Hobie Tiger Nationals | Down To The Wire

The west coast town of Langebaan was once again the natural venue choice for the 2022 Hobie Tiger Nationals. Langebaan offers consistent winds and flat water – the perfect conditions to race a Hobie Tiger. This year was no different and Langebaan truly delivered. Regatta Chairman, Duncan Ross reports on a successful event.

“Let’s face it – all that racing sailors want is good competitive racing, and that’s what they got. 12 races were expertly run by race officer Doug Alison and his team over the 4 day event. And there was plenty of sun, wind and time to catch up with old friends. That’s the Hobie Way of Life after all”, says Duncan.

After the registration formalities at the Hobie Shop, racing got underway on time at 13h10, initially in a 10 knot W/NW breeze. Richard Ayres and Tyronne Hammick came out guns blazing in race one and led from the start only to be pipped on the last beat by Duncan Ross and Hein De Jamaer.

By the 2nd race the wind had swung to a 15 knots southerly. After some close racing, William and Douglas Edwards snuck ahead of Blaine Dodds and Andrew Ward by a mere 3 seconds. Brent Hayward and De Wet Nel put in a good show finishing a solid third.

In the 3rd race the breeze had built to 20 knots and the competition for the podium was becoming clear. A tight finish saw Shaun Ferry and Murray Willcocks take the bullet ahead of Blaine Dodds and Andrew Ward. Myself and Hein De Jamaer followed with Team Edwards in close pursuit.

Kudos to William Keiser and his daughter Gemma for being sailing all 3 races. William, we salute you! Your determination to live the Hobie life is an inspiration to us all. 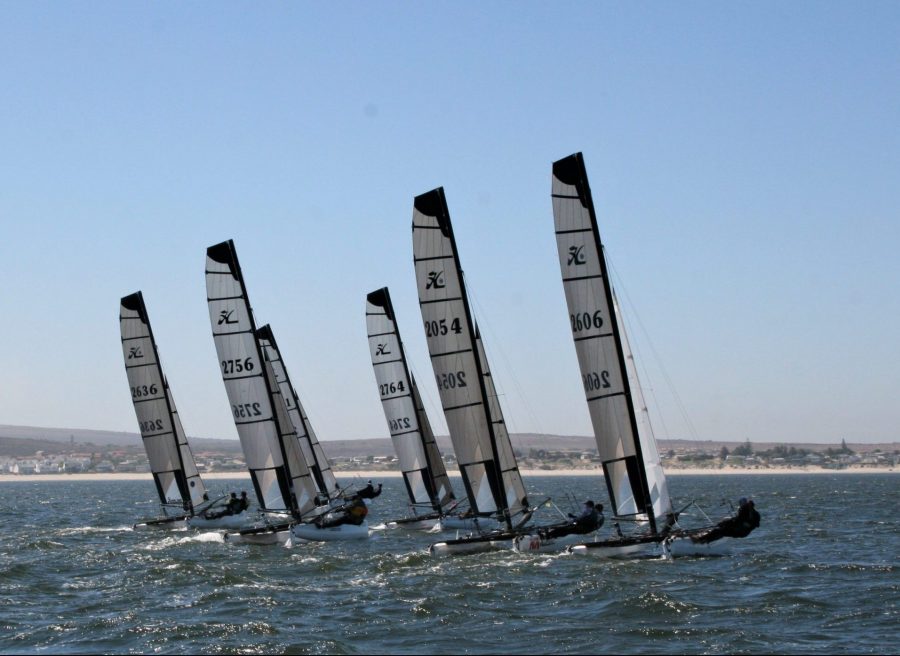 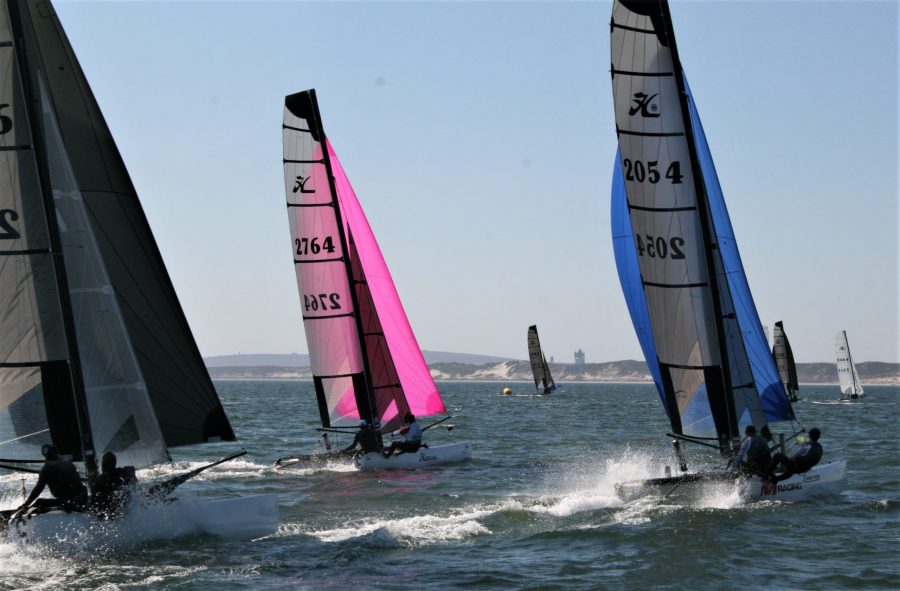 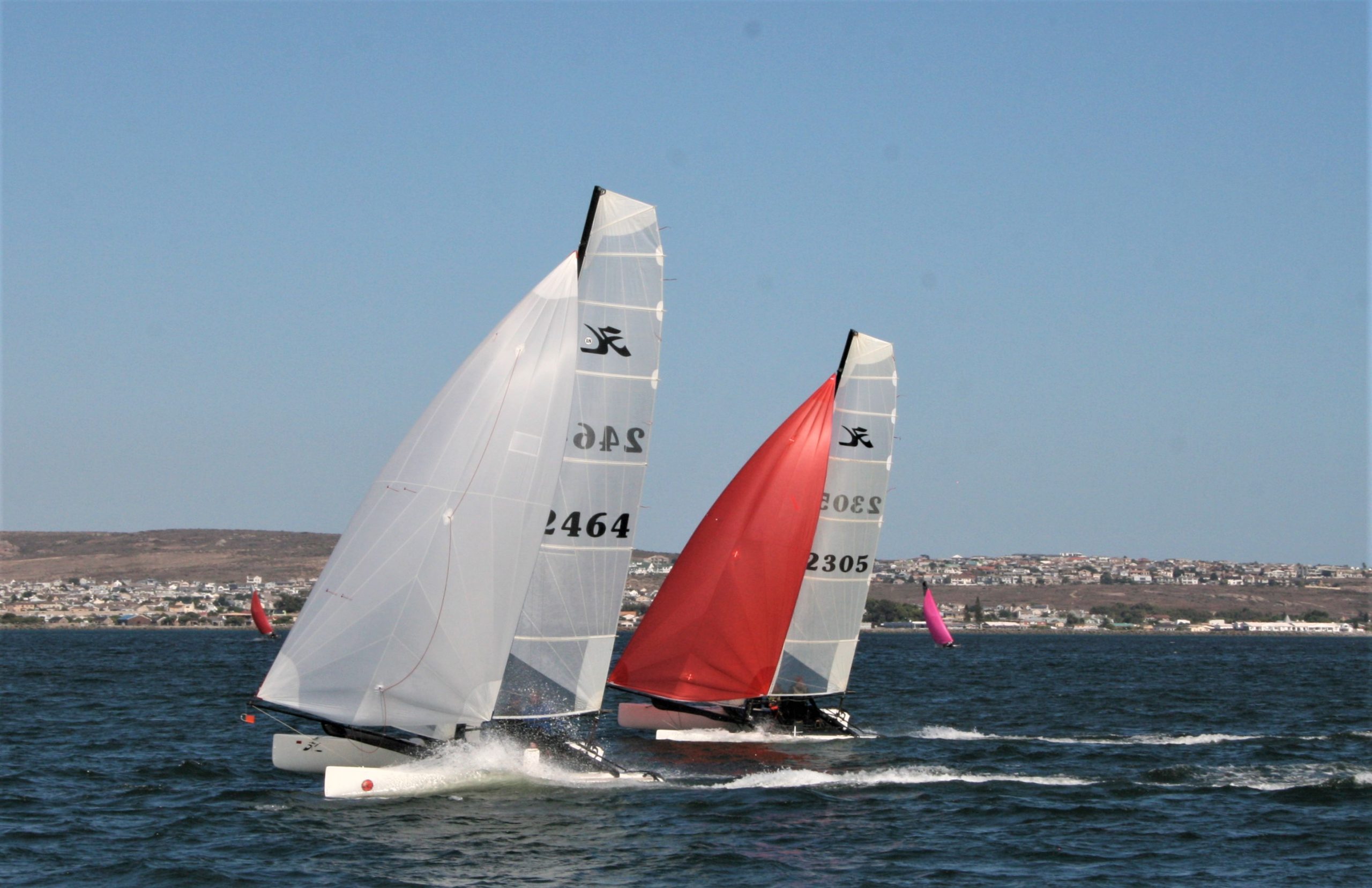 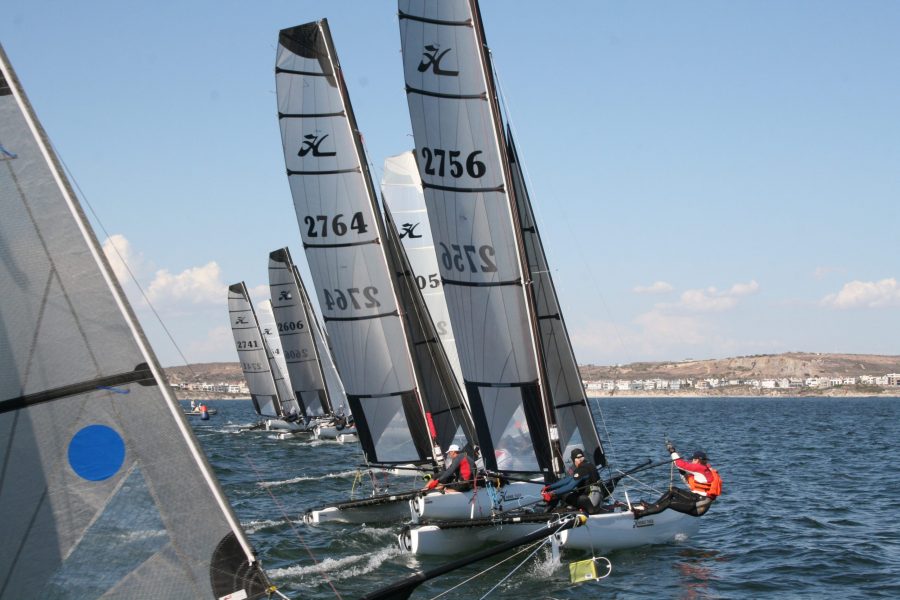 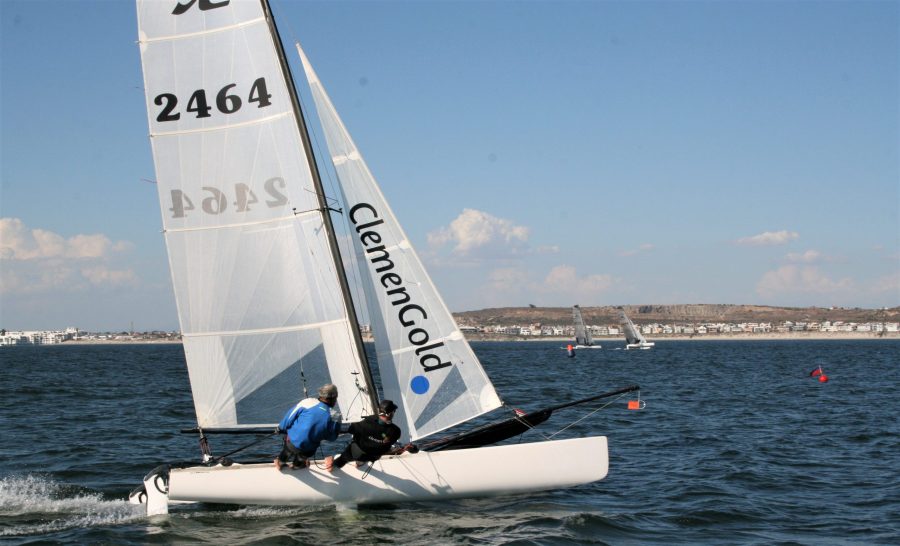 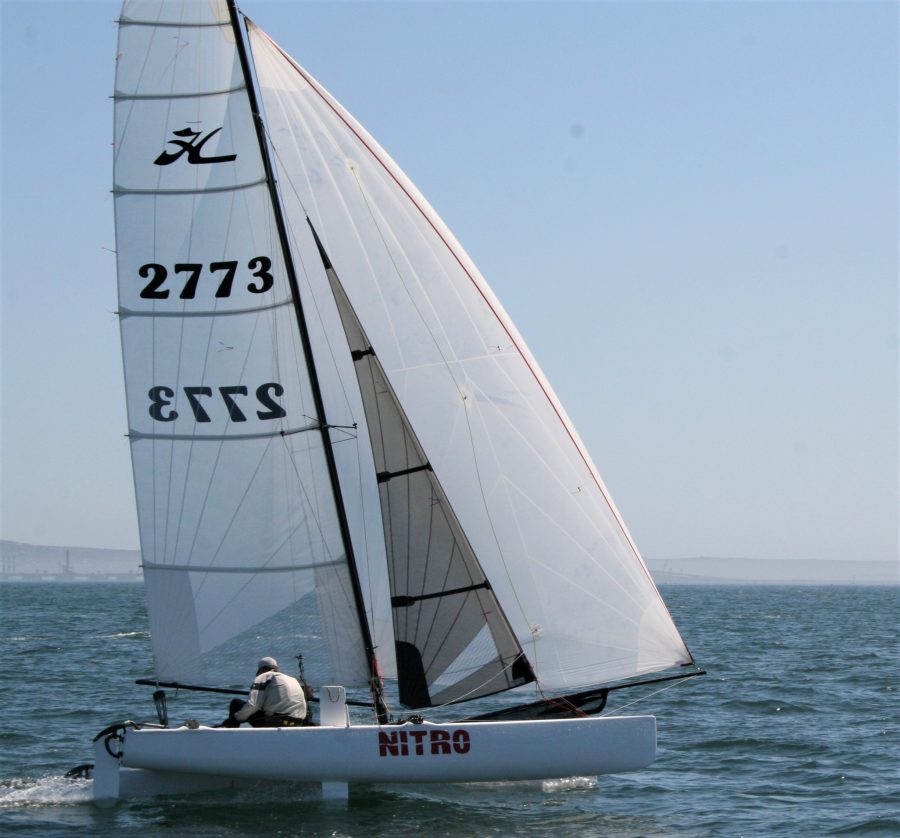 With uncanny predictability, the wind came through and racing started on time at 10h00. In the building southerly breeze, 3 races were held – with Dodds/Ward taking the first race and Ross/Da Jamaer taking the second. The third race was sailed in a solid 20 knots, and by the end it was gusting 28 knots. Conditions were ‘sporty’ to say the least. The offset mark provided some spectacular nose dives with the most notable being “the green machine”, sailed by Kobus Holtzhausen and Jacques Swart (or should we say “the green submarine”).

Declan Nurse and Mark Rutherford from Knysna put in a solid performance finishing a no-doubt pleasing 4th. Their boat carries a great slogan; Life is one long weekend, live like Lee – in remembrance of one of our fellow Tiger sailors, Lee Hawkins. We were off the water at 14h00 with 3 races in the bag.

A pleasant afternoon followed at Friday Island where the thrills and spills, aches and pains and most importantly the go-fast tips were freely exchanged. This must be one of the most enduring and attractive characteristics of the Hobie family.  Friday Island proves a fantastic accommodation option where your beer, shower and boat are all within a 20m radius.    Few locations in the world could compete.

It was another perfect day in Langebaan, and we were double-trapping with a southerly breeze at 12 knots. Champagne Tiger sailing! Racing was close, but Ferry/Willcocks laid down a challenge to the rest of the title contenders accumulating only 7 points. Dave St Claire and his 15-year-old crew, Aaron Ward experimented varying methods of crossing the finish line during the day to provide some entertainment for the bridge. We now know that the Hobie Tiger is quick even on its side.

With 10 races in the bag, and 2 discards allowed, the stage was set for an exciting final day. Only 4 points separated the first 4 boats. Interest in the event was high, and Fabrizio Fruet on rescue kept interested parties around the world up to date with his excellent video commentary on the event Whatsapp group.

A light southerly in the 8 to 10 knot range set the scene for the final showdown. Dodds/Ward narrowly beat Team Edwards into second position in the first race, with Garth Loudon showing some late form finishing 3rd. Both Ferry/Willcocks and Ross/De Jamaer were down the pack and finished poorly after some bad decision making.

In the final race of the event the scoring couldn’t have been tighter, with a single point separating the first 4 boats! Whoever won the last race would take the title. Ferry/Willcocks sailed well to take the bullet and the 2022 Hobie Tiger Championship. The podium was only decided on the last downwind leg with Team Edwards taking silver, and Dodds /Ward taking third. 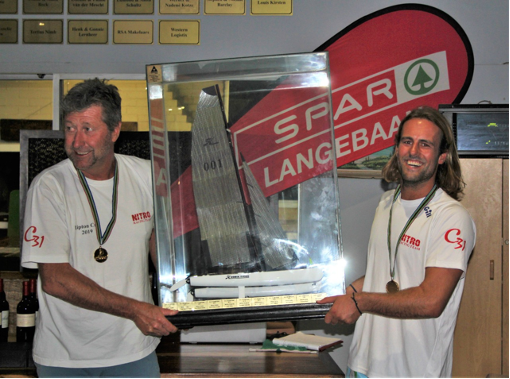 It was another great regatta of sailing held in a perfect venue.

We extend an enormous thanks to our volunteers, supporters and race officials who make it all happen behind the scenes:

The 2022 Hobie Tiger Nationals was a SA Sailing sanctioned event. 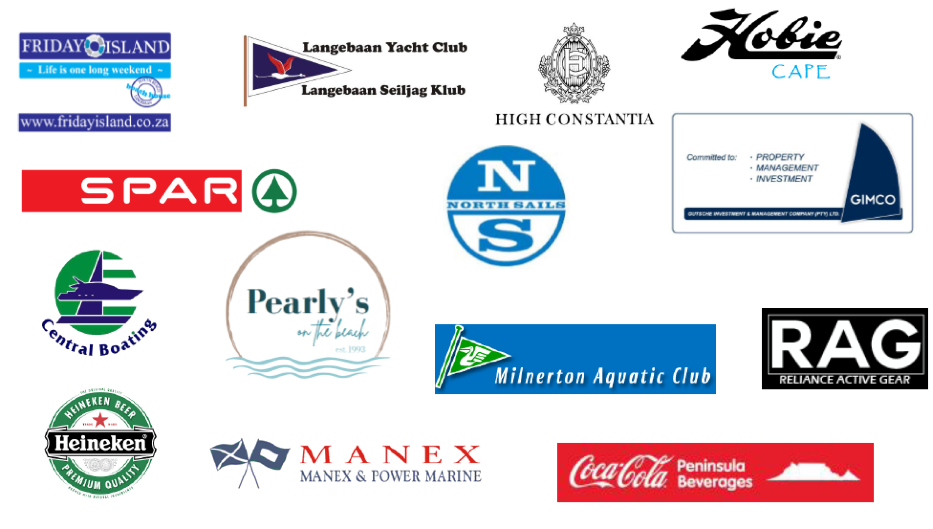